You are here: Home / Restaurants / England / The Forge

The Forge, based in Camden, is a not-for-profit organisation that opened its doors in 2009. It hosts a variety of different artists and music from all across the world that would appeal to music lovers. 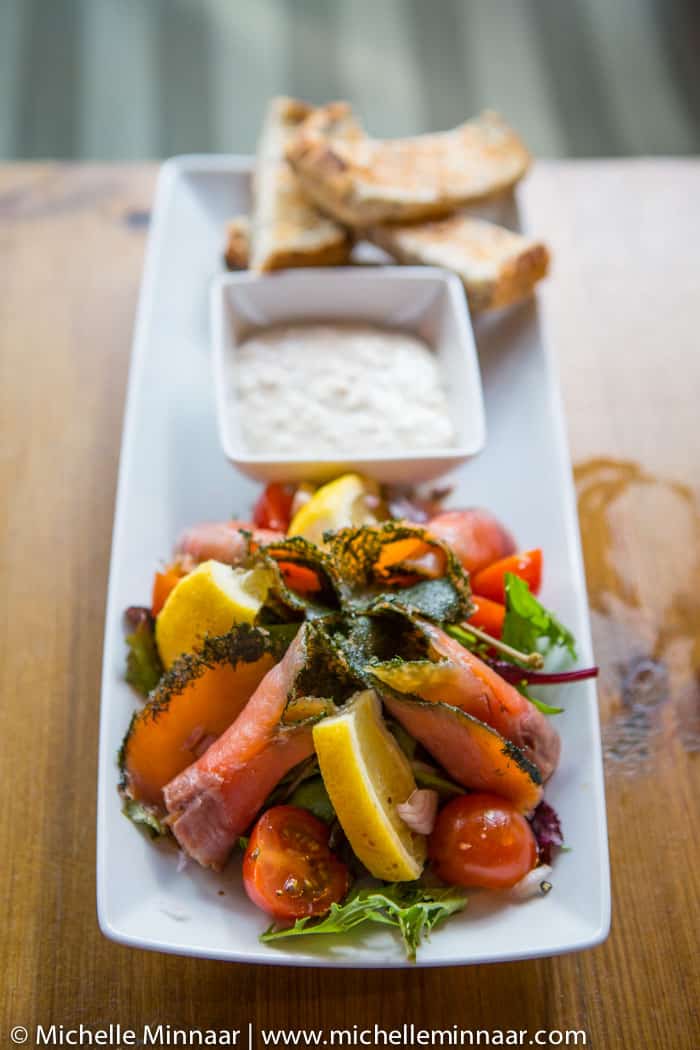 Upon entering the venue, no one was at the door to meet us, even though there were people around. We wandered around aimlessly until we caught someone’s eye to help us. Its gastropub menu was very limited, with a range of three starters, four mains and two desserts. We were informed that one main course and one dessert weren’t available, which reduced our choices my a dramatic 25% and 50%, respectively. 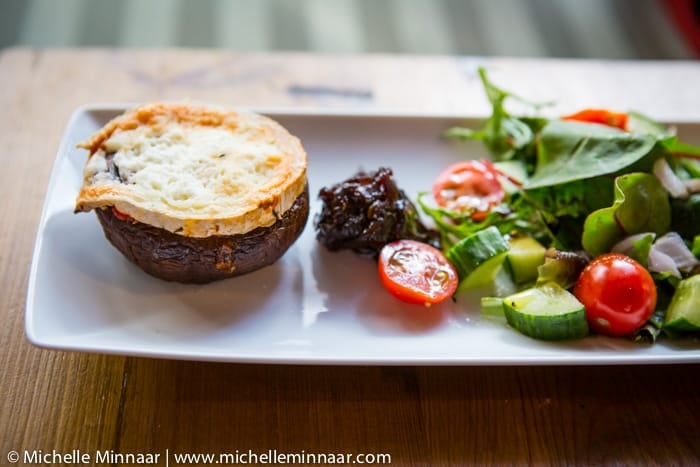 After the disappointing reception, our expectations were rather low but spirits were lifted by the excellent cocktails on offer. The food, although not the most creative of offerings, was surprisingly good. 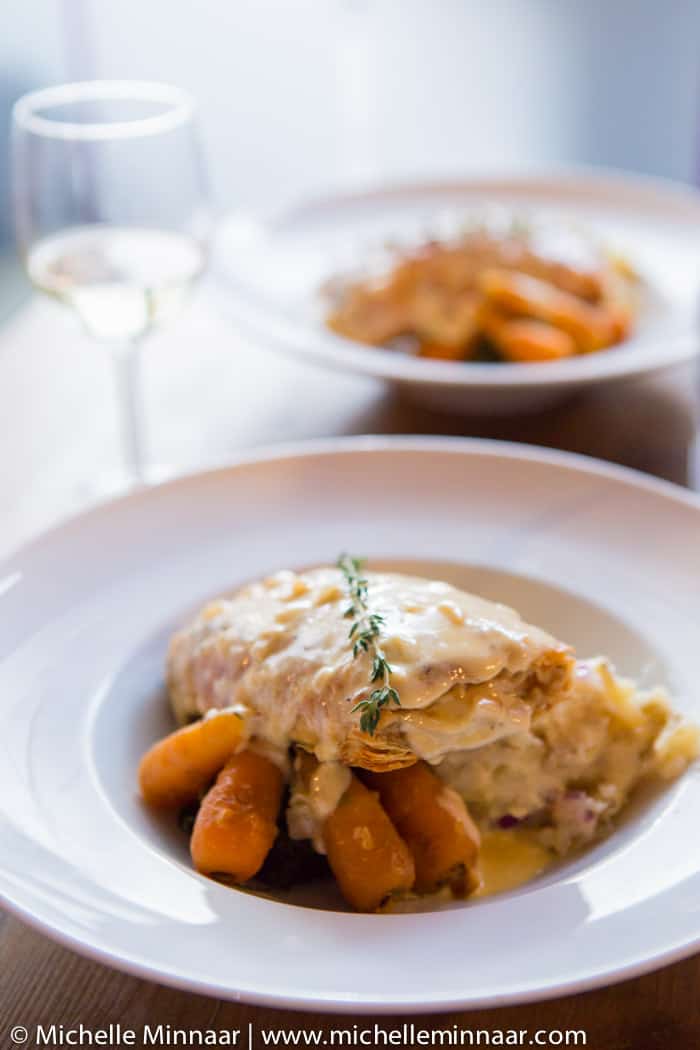 Thick slices of gravadlax were rolled up and arranged on a bit salad and served with thick pieces of toast and horseradish. Melted goat’s cheese on a grilled portobello mushroom served with onion relish and another huge salad. Both these starters were the size of main courses. Speaking of which, the salmon en croute was delicious, filled with mushrooms, on top of a heap of mash, spring greens and sweet little chantenay carrots I couldn’t get enough of. Even though we were both starving at first, we simply couldn’t finish all the food. 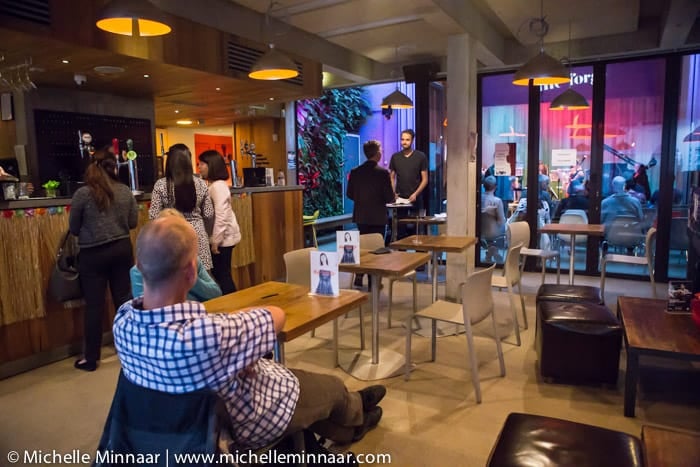 With bellies bursting we heard a call that the show was about to start. The small performance hall, seating around 20 people, is adjacent to the restaurant, separated by glass concertina doors. True to my father’s spirit, I grabbed front seats, sitting so close to the conductor that I could have pinched his bum. We were ready for an evening filled with frivolous Strauss fun!

Only, it wasn’t to be. The music started off heavy and squinting across the darkened room I saw the front page of the musicians’ sheet read Verdi’s Macbeth. There was a short break and then excerpts were played out of Wagner’s Tristan ind Isolde, which proved to be so heavy I could have eaten it with a spoon. 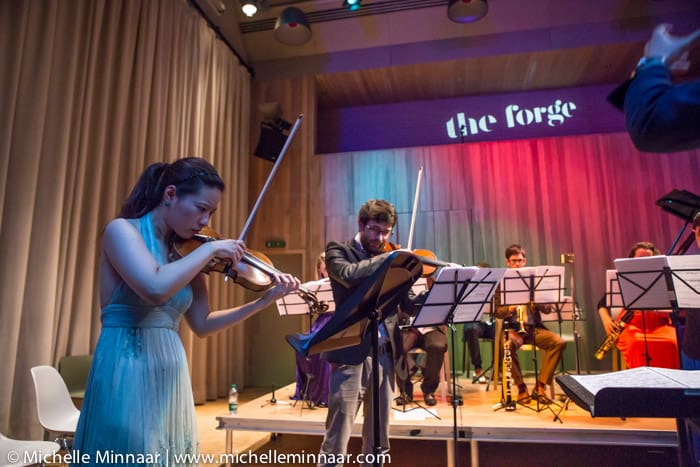 Nonplussed, after the show I checked the dates and details of the promotional material I could find for the evening, which still stated Strauss. This made me wonder if my name was actually Michelle. There was ample opportunity to mingle with the musicians afterwards and I asked them whether I was going mad. Apparently, I wasn’t notified about the change of music two weeks before the date – there was some copyright on the musical arrangement and in the end they weren’t allowed to play it and had to make contingency plans.

The Forge is rough around the edges. It doesn’t possess the machinations of a well oiled restaurant and appear to be disorganised. That said, I still liked the place. Although the menu was very limited, the food was plain but enjoyable. Even though we didn’t hear the music we wanted, the performance was professional and I couldn’t help but appreciate the small, but very intimate atmosphere. Without all the bells and whistles of a full blown West End show, tickets are at a fraction of the price. If all the glitches were ironed out I would have considered being a frequent visitor if I lived closer.