You are here: Home / Restaurants / England / The Only Running Footman

The Only Running Footman is a traditional pub with a twist in Mayfair. Whether you’d like to enjoy a hearty English breakfast in the morning or a fine dining experience at night, the establishment is open every day of the year. 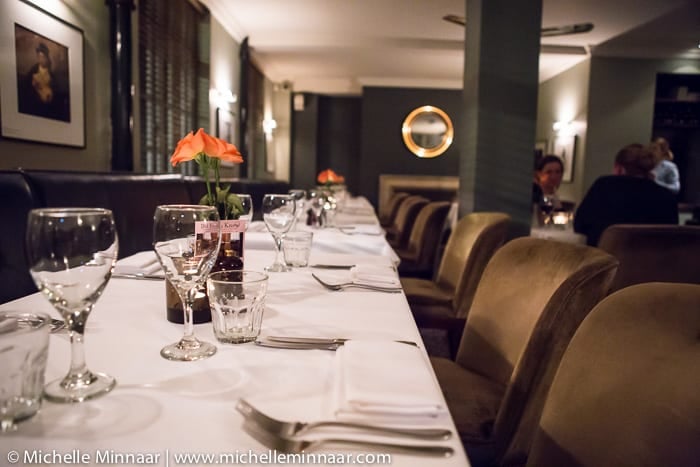 The sight of tables covered with white cloths in a traditional pub was a bit unsual and finding the actual dining room wasn’t so obvious. Nonetheless, once there we found ourselves in an elegant and somewhat muted setting.

All the usual elements that make up a gastropub’s menu are found on The Only Running Footman’s but there are some eye-catching offerings as well. For example, instead of just offering boiled up cold seafood, West Country Ceviche of King Scallops (3 for £4.80) proved to be irresistible and were sublime. So were the Potted Shrimp and the Devon Crevettes (3 for £4.95) with Marie Rose Sauce. 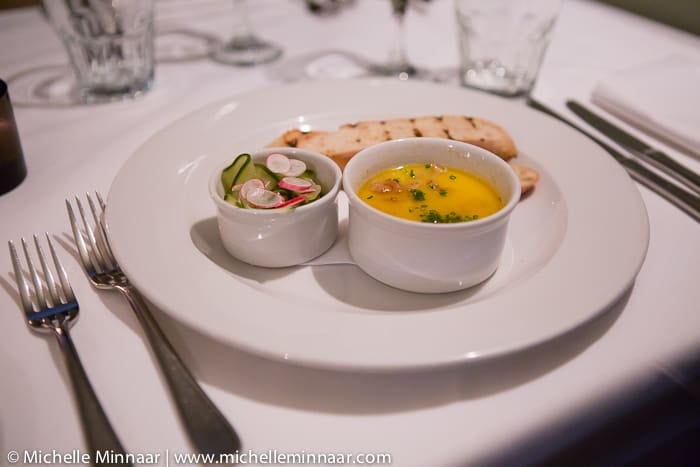 Chateaubriand is something else that’s not found very commonly on British menus. What to do if you prefer your meat rare and your dining partner prefers his medium? The waitress quickly solved our dilemma by saying this wouldn’t be a problem. 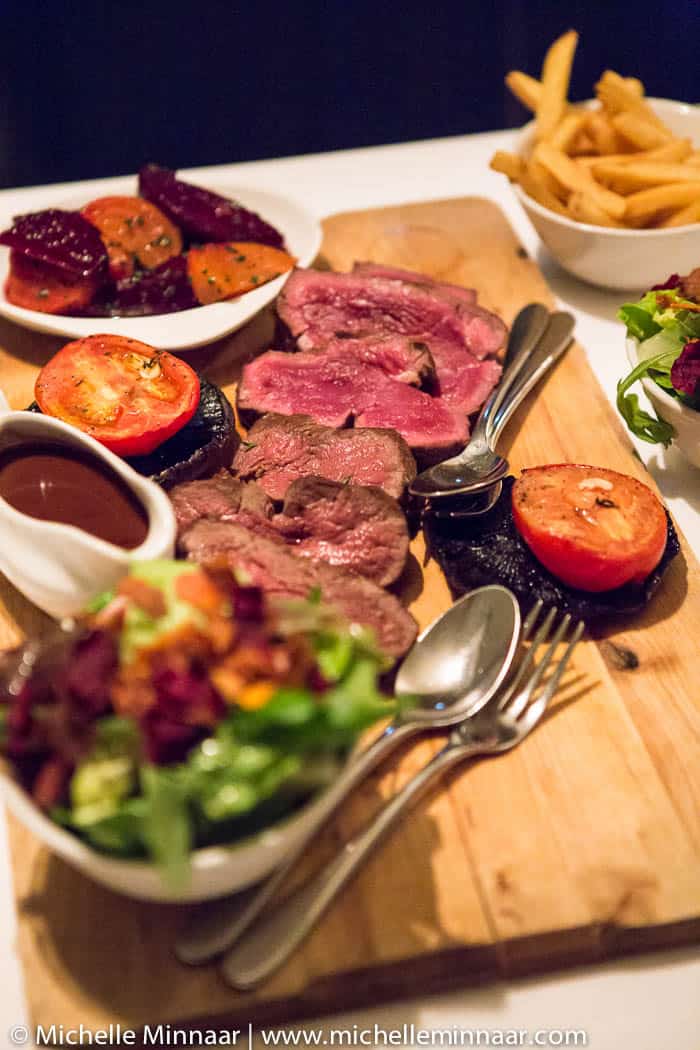 The food arrived on a large wooden chopping board topped with an abundance of food – beef cooked two-ways to perfection, salad, roast tomatoes, portobello mushrooms, fries and delectable pepper sauce. Other than the ubiquitous but trodden-to-death beetroot and goat’s cheese salad appearing on 80% of restaurants’ menus these days, beetroot doesn’t feature nearly enough in restaurants. Therefore The Only Running Footman’s roasted red and golden beetroot deserves a special mention. I would have happily munched on a whole bowlful as a meal!

By now, we were stuffed but soldiered bravely on to share dessert, Rocher Ferrero Cheesecake. With not even half of one chocolate ball in sight, a more apt name would have been Nutella Cheesecake. It was only a slight niggle though and all in all it was a fabulous meal.

If you happen to be in the Marylebone area, its sister restaurant, The Portman, is the latest addition to the hospitality group. Other than for a few small discrepancies, their menus are identical.

P.S. I was a guest of The Only Running Footman.