You are here: Home / England / Matilda The Musical – A Relaxed Performance

In mid-June, Gabriel paid his first visit to the theatre, a relaxed session of Matilda The Musical.

When I was younger, the thought that I would one day have a child with special needs never even crossed my mind. That’s the kind of thing happens to other people, not me. Surely I would be far more likely to be run over by a bus?

Fast forward a few years and that damned bus did run me over when the diagnosis came in that my son, Gabriel, was autistic.

Before he started school, things were especially hard and I barely took him out because his behaviour was nearly impossible to manage so it felt much safer being cooped in the house in our comfort zone. Only after Gabriel started attending his excellent, special needs school did matters start to improve, thanks to the staff’s tenacity to taking the kids out in the community and getting them used to dealing with new surroundings and learning to blend in with society. After that I’ve started taking him out more and more. 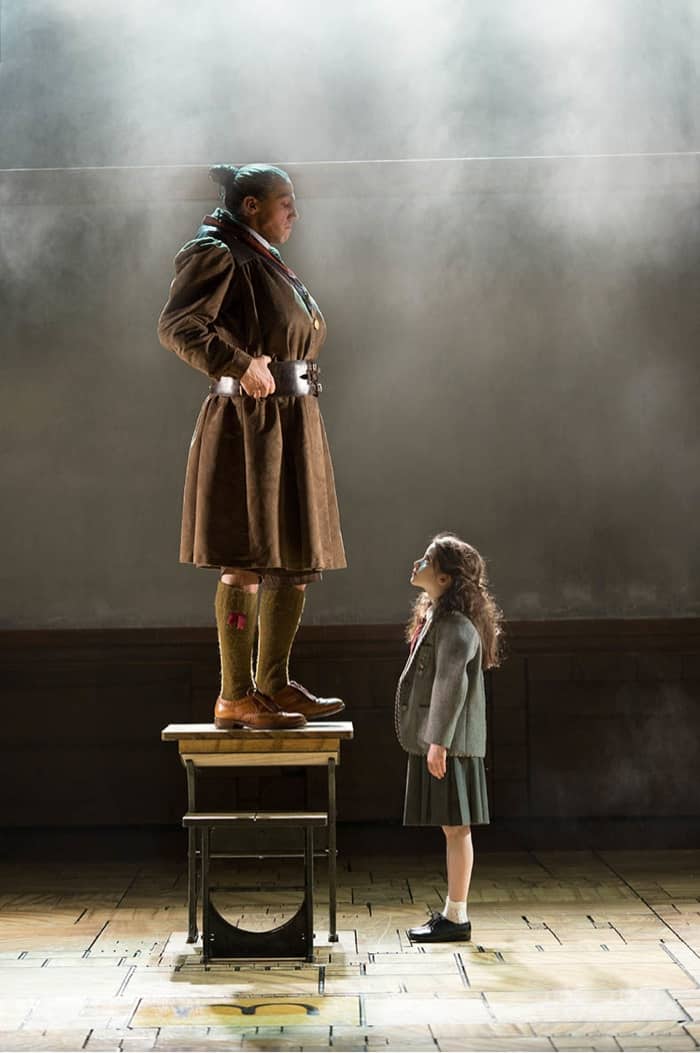 The problem these days isn’t so much Gabriel’s quirks anymore and I’ve made peace with the possibility that he might always be a bit mischievous or sometimes just plain curious and do something to land us in an embarrassing situation. The bigger problem is certain members of the general public. Through sheer intolerance, ignorance, arrogance, lack of class and intelligence the former has confronted me about his behaviour: yelling, swearing and being condescending. As much as it’s infuriating, it’s also hurtful. The temptation is always there to use four muscles giving the person a fat slap he/she deserves but I’ve always opted to use 42 muscles instead by frowning, not escalating matters and leaving with my head held high. 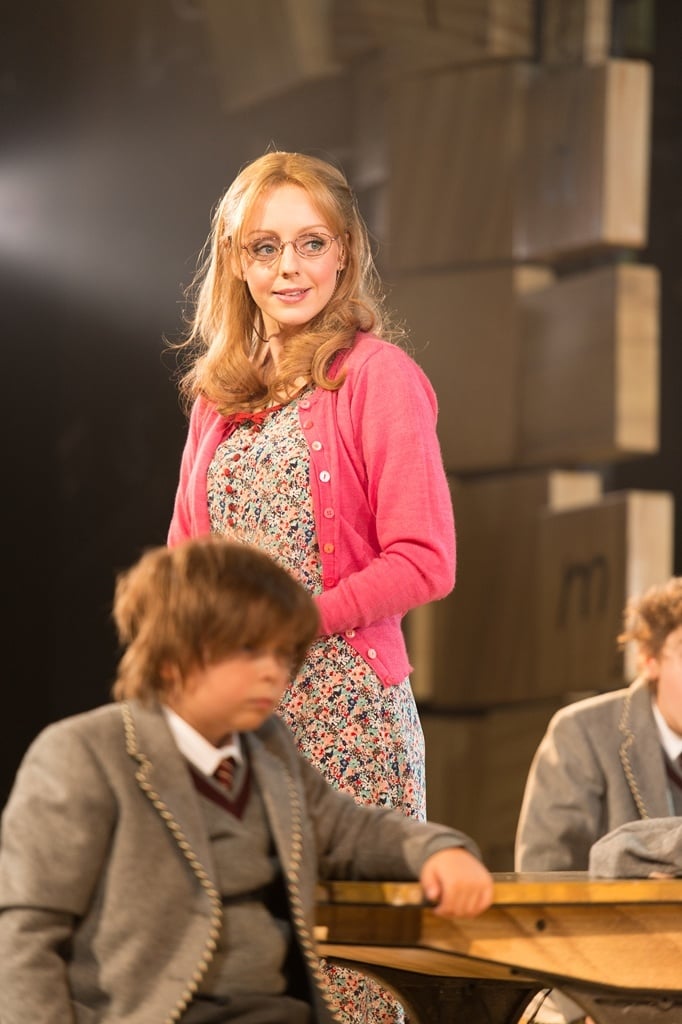 These incidents have not put me off though and determined to give Gabriel an as normal life as possible I jumped at the opportunity for us to go and see Matilda The Musical, which happened to be a relaxed performance.

For those of you who don’t know what a relaxed performance is, it was created to give all members of the special needs community an opportunity to go and see a show or movie in an atmosphere of acceptance, i.e. keeping the above mentioned twats out. The show might get tweaked and mellowed in some ways to make it easier for those with sensory processing disorders. Special chill out zones are created for those who need a little break and they can return when they’re ready. Everyone can simply be themselves and make as many happy noises as needed and no one judges. After all, all the parents and carers are collectively in the same boat – sharing the same sorrow of the hardship we face on a daily basis and joy and triumph when even the littlest progress is made, which might seem mundane to other parents.

If Gabriel had to write this review he would tell you about the fascinating shiny bins in the theatre’s foyer and figuring out the mechanics of their silver lids. He would be happy to report that all the Dyson Airblades are in working order in the ladies’ loos and have a little moan about me not allowing him to play with them for at least an hour. 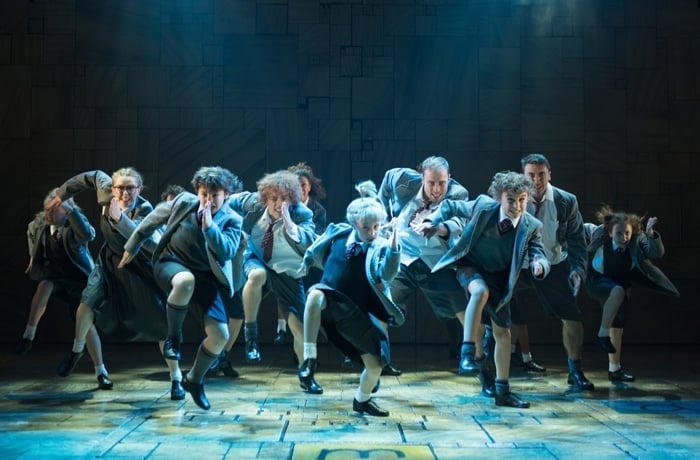 On a serious note, I was filled with some trepidation about this outing, never quite knowing how Gabriel will behave to something new. It would have been a shame to have to leave halfway through the show. Imagine my pleasant surprise that Gabriel was captivated from the first note and syllable and he sat through the whole of Matilda that lasted almost three hours. Thus far I’ve only reviewed Lion King, which was a few years ago and I’m not even going to attempt to pretend I can judge acting skills and talk about the actors’ histories. If you’ve been living under a rock and haven’t read the book

or seen the movie

, I don’t want to spoil it by giving the plot away. What I can say was that the music, thanks to Tim Minchin, was fun and Roald Dahl‘s book finally came to life having read it over 20 years ago. There were some instances where a kid or two in the crowd would yell out some undiplomatic, choice words at Mrs Trunchbull, much to the hilarity of the audience because that was what we were all thinking! 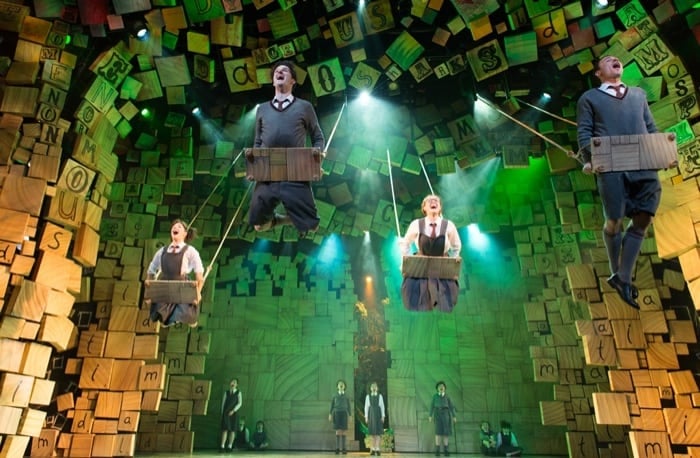 More important to me was how Gabriel perceived it. At times he got excited, at others he burst out laughing at the antics on stage. Sometimes he made sure I was paying close attention to what was happening, pointing and babbling, 98% of the words I didn’t understand but I got the gist. I’ve never received so many hugs and kisses in one day from one person in my life. What I saw on his face was enthusiasm and happiness. Surely, that’s all what matters?

P.S. I was a guest of Matilda The Musical.

A special thanks to the National Autistic Society for working hard at making as many public facilities and services accessible to the people who need is most. Every little bit is appreciated!

Over a million people have seen Royal Shakespeare Company’s Matilda The Musical by now and it’s easy to understand why it’s so popular. If you haven’t seen it yet, there’s still time to book tickets because the show will be running until May 2015. It will make a great family outing! If all else fails, buy the music