×
You are here: Home / Glossary / Fruits A-Z / Fruits that start with U

Take a second and think of all the fruits that start with the u. It’s a bit tough isn’t it? You may be surprised that there are actually quite a lot of fruits starting with the letter u in the world!

This post will dive into all the delicious fruits that start with u from around the world. Which of the fruits on this list have you tried before? 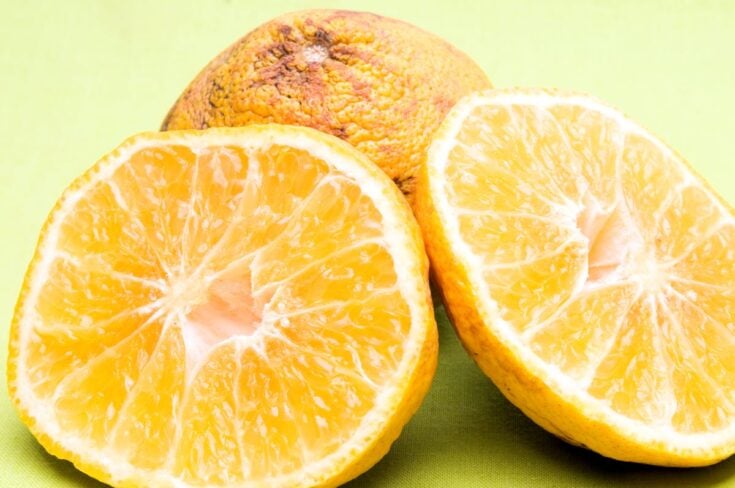 As its name suggests, the ugli fruit isn’t exactly one of the most attractive fruits that start with u on this list. Also known as the Jamaican tangelo or uniq fruit, ugli fruit is a Jamaican natural hybrid fruit of a tangerine and a grapefruit.

This unique combination of fruits has given the ugli fruit, or Jamaican tangelo, a rough and wrinkly green skin that doesn’t look very appealing. Its large size comes from the grapefruit, but its flavor is closer to an orange. Once you peel the ugli fruit, you will find an orange pulp that is sweet and juicy.

Ugli fruits have less seeds than your typical grapefruit, making ugli fruits easier to eat. This citrus fruit grows from December to April and ugli fruit often eaten raw, or its juice is used as a garnish. 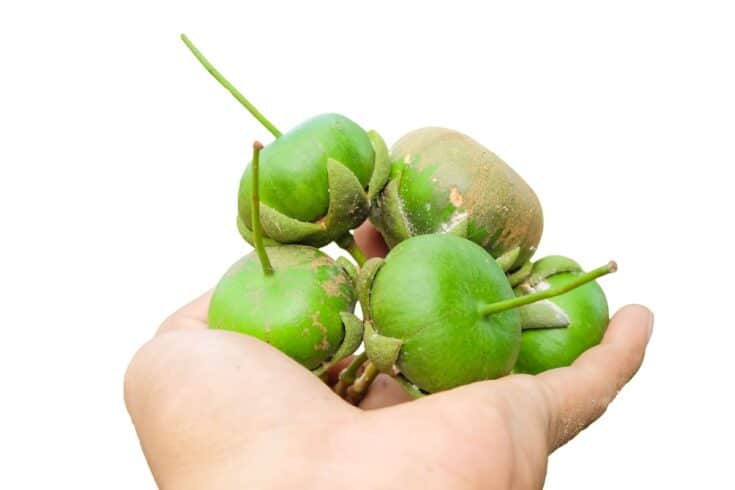 Urava fruit, also known as mangrove apple, is a berry that grows throughout East Africa and Southeast Asia. These green fruits grow in mangroves and have a flat yet round shape.

When cut in half, urava fruit has a dark maroon colored pulp that is slightly dense in texture. When eaten raw, urava fruit tastes similar to quince fruit.

It is quite hard to find urava fruit at your local grocery store, but you may find it cooked in some Indian dishes. Urava doesn’t have a very sweet flavor, so these fruits that start with u are more often used as a vegetable in Indian cooking. 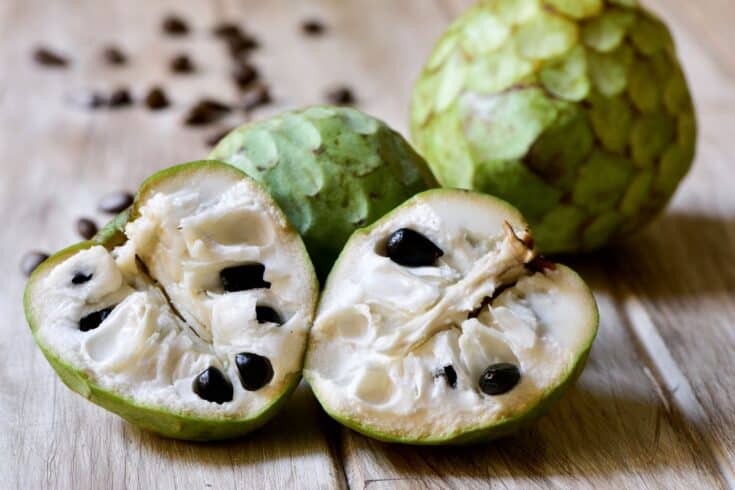 When broken open, ububuse fruit has a fibrous flesh that looks and tastes like custard. The sweet yellow flesh of these fruits that start with u is eaten fresh and enjoyed by many locals in desserts.

The peak season for ububese is from April to June, and grows on the ububese fruit tree native to various tropical regions around Africa. 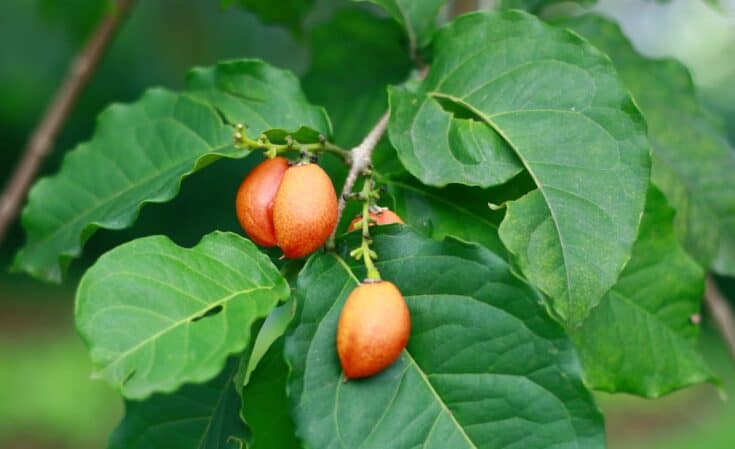 Usuma fruit is a small oblong fruit that is about the size of an olive. Its dark red, brownish skin is thin and covers a sticky and soft edible flesh. The red flesh sticks to a large central seed that is inedible.

The fruits starting with the letter u are commonly found in South America, mostly in Brazil, these fruits that start with u are a popular fruit to make lovely jams. Usuma fruit, or peanut butter fruit, grows mostly during the summer and fall months and is high in dietary fiber.

Commonly known as the Brazil plum, umbu fruit is actually a type of citrus fruit. Umbu fruit gets the nickname of plum thanks to its plum-like appearance and large central stone.

The small umbu fruit has a smooth green skin, and a thin yellow-green firm flesh. Some people enjoy umbu fruit fresh, but these fruits that start with u are also used to make jam and juice.

The best way to turn the umbu fruit into a drink is to boil them down until they release their juices naturally.

The thin flesh has a sour taste, but many find it to be a delicious kind of sourness like that of a lemon. Umbu fruit typically grows during the summer, so it’s a nice refreshing fruit for the heat. 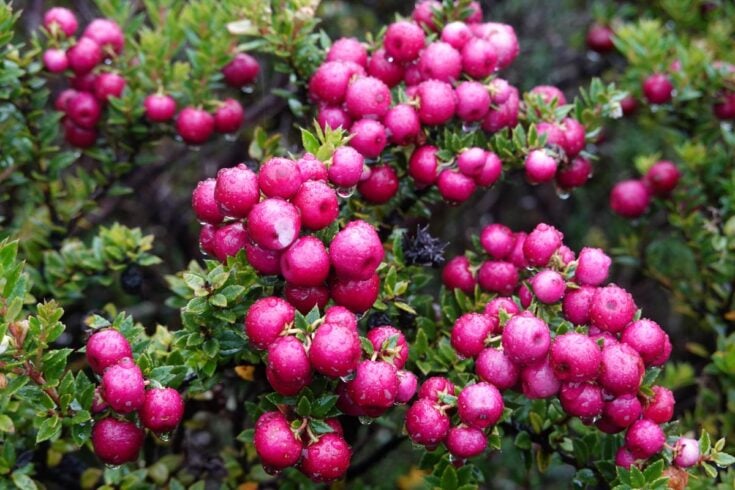 The small ugni fruit has multiple names like ugni berry, Chilean guava, and strawberry myrtle fruit. The red ugni berries look a lot like cranberries, so they are often marketed as the “New Zealand cranberry.”

The red ugni fruit is widely grown in New Zealand from March to May. These fruits that start with u have a firm, but juicy texture. Its sweet taste makes it work well in desserts and jam.

Not many people eat ugni fruit fresh, but it is an essential ingredient in a popular local dessert called Murta con membrillo.

Ugni fruits are typically red, but they can sometimes be white or purple. 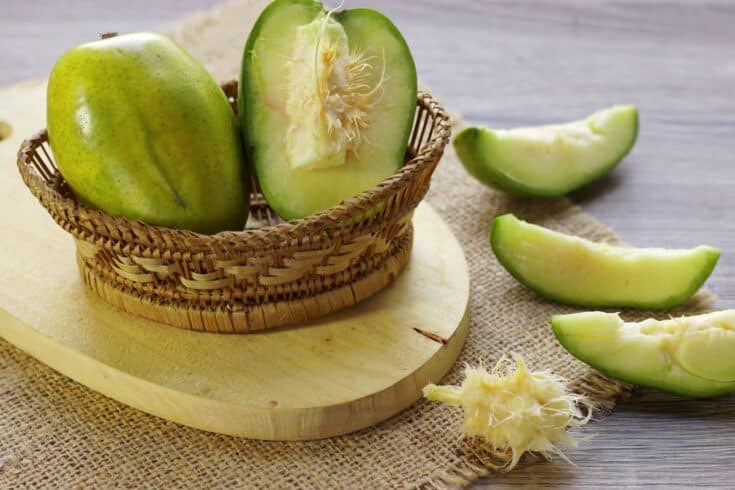 Umbra fruit, or ambarella fruit, is a medium-sized fruit that is commonly found throughout Polynesia. The oval-shaped fruit has a thick greenish-yellow skin and a firm white flesh. The flesh is quite dense and fibrous, but it has a surprisingly lovely taste.

The more umbra fruit ripens, the sweeter the flavor gets. Many say that its flavor is similar to pineapple or star fruit. Depending on how ripe these fruits beginning with the letter u, they are used in different ways.

When under ripe, umbra fruit is usually peeled and enjoyed fresh with salt or shrimp paste. It can also be used to make refreshing chutneys or jams. When fully ripe, these fruits that start with u can be eaten raw or cooked into savory dishes. 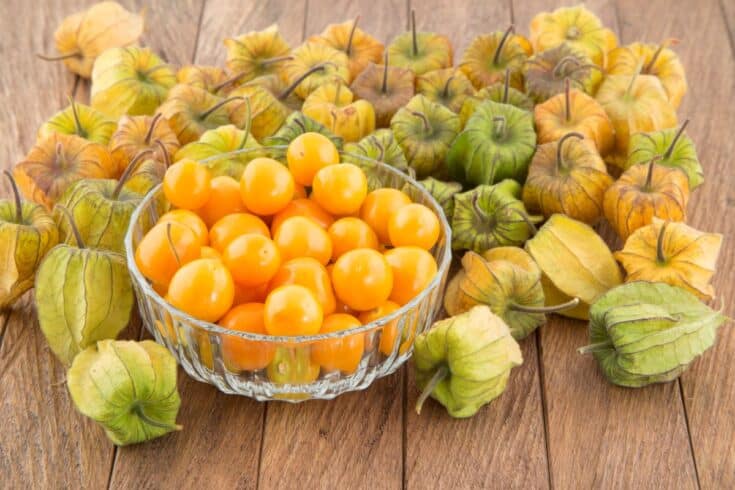 Uvilla, or golden berries, are a sour fruit that grows in northern South American countries like Colombia and Peru. The small uvilla fruit has a smooth orange skin with a juicy tomato-like texture.

Uvilla fruits get their name from the fact that they are about the size of small grapes, which in Spanish would translate to “uvilla.”  The best way to eat uvilla fruits is to simply pop them in your mouth and eat them!

These fruits that start with u have a mild tart taste that is reminiscent of tomatoes. They can be turned into juices or jams, but they taste best fresh.

These fruits beginning with the letter u reach their peak season from November to April. 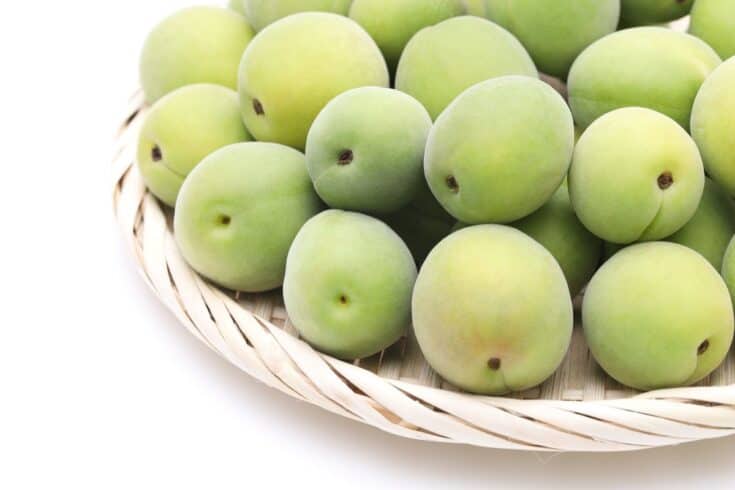 Ume is a type of plum that grows exclusively in Japan. Unlike most plums, ume are fruits that start with u that are quite sour. The riper they get, the more tangy they get too. So, they aren't exactly good for making a dessert.

The small ume fruit can be enjoyed raw, but they are usually dried or pickled into umeboshi. Pickled ume, or umeboshi, is a common ingredient in Japanese cuisine. When the u fruits are pickled, they become salty and can be enjoyed with rice dishes.

Though ume has many health benefits as is, when pickled, the edible fruit is even healthier since the vitamins are more concentrated.

You may have not heard of this uniquely named fruit, but you may have tasted it. Usakhelauri is a type of purple grape that grows in western Georgia that grows only during the end of October.

Unlike most grapes, these grapes that start with u are not for casual eating. With their high sugar content, they are perfect for making wine. Usakhelauri is a rare type of grape that makes an exquisite bottle of wine.

It’s a mild flavored red wine that many in the country of Georgia enjoy. If you’re able to try this rare wine, definitely give it a sip!

Uva rara, or “rare grape,” is a type of Italian grape that grows mostly in the Piedmont region. Unlike some other wine grape varieties, uva rara are fruits that are used in blended wines.

The late-ripening fruits are not usually used to make solo wines, but instead add a level of softness to wine.

Despite its name, uva rara is a common grape variety that is grown throughout Italy. They’re not exactly as rare as their name suggests! The best wines that use uva rara are Barbera and Croatina wines.

These fruits that start with u are a classic Italian wine grape that mostly grows in the eastern parts of the country. The grape creates a pale red wine that some say is good for heart health.

When turned into wine, the uva tosca grape takes on a floral and slightly spicy taste. They can be used to make piquant drinks.

These fruits are in season during the mid ripening season for grapes. The uva Tosca grape is one of the few varieties that can grow in high elevations in the Emilia Romagna region in Italy.

It’s a mystery how these fruits came to be, but it’s likely a hybrid between the Schiava Grossa grape and Crepallocchi grape.