You are here: Home / Protect Our Planet / The Problem with Plastic

Just as I was stunned when I conducted this research on plastic and its effects on the environment, animals and us, you will be too. What you read here might change your life. It will definitely make you rethink your choices when it comes to using plastic products in the kitchen and just how much plastic can affect us, in a negative way. Get ready for it because I for one won’t look at plastic the same way again. Unfortunately, we are surrounded by the stuff. Even in places you where you least expect it.

Globalism in general, as well as our consumerist approach, is one of the main problems that allow this problem to go on. This is a classical chicken and egg situation. Our society is so heavily dependent on the use of plastic and plastic products because it is cheap and convenient. Today, our industries are excessively reliant on plastic, whether it is the food, construction, transportation, electronics and packaging industry. It doesn’t matter which industry you look at, you’ll be sure to find plastic. The effects are alarming. Did you know it takes roughly 1000 years for a plastic product to degrade? 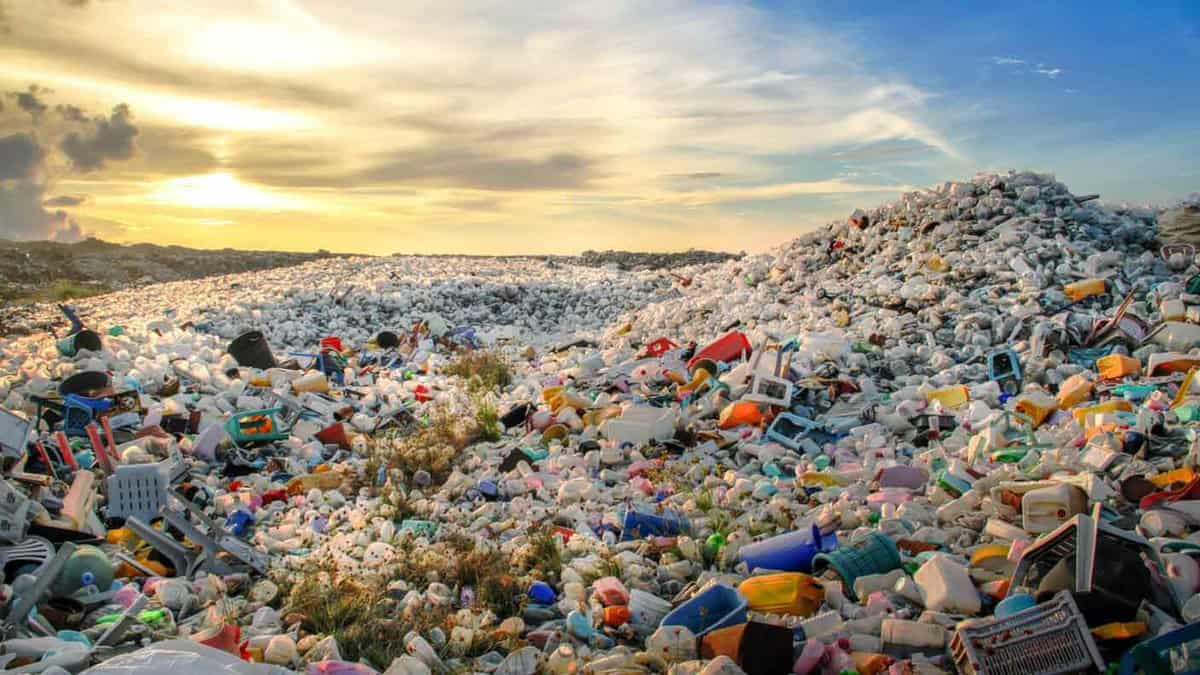 statistics associated with the problem of plastic

Here’s some food for thought. Did you know that we throw out so much plastic each year that  you can literally circle the earth four times with it? In a single year! How terrifying is that? What’s even more horrifying to me is that people use more than a million plastic bags every minute all over the planet. This comes to approximately 500 billion plastic bags used in a year. Now, take this large number, and add this fact to it. Did you know that 50 percent of any plastic we come across has a single use and we throw it away? 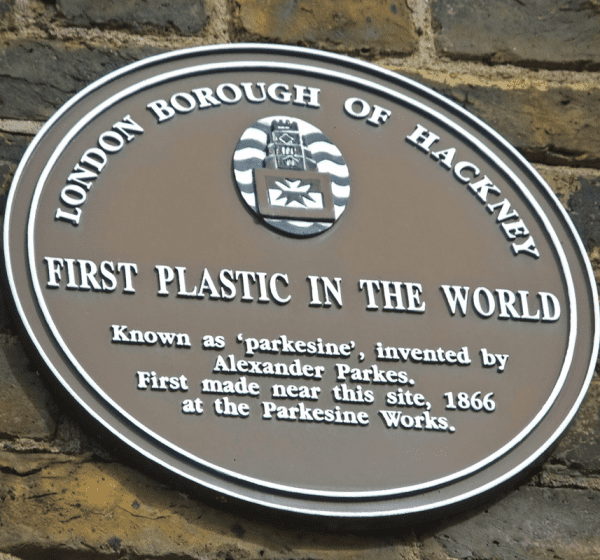 What about plastic bottles? Only 27 percent are recycled! Overall, as consumers, we recover only 5 percent of the plastics we come across. Is anyone starting to see how massive that plastic problem is?

It all started in the early 1950’s; this period is commonly known as ‘The Age of Plastic’. With the rise of industrial development and our increased dependency on another deadly substance – fossil fuels – plastics were starting to become an integral part of society. Plastic started being put into insulation, construction parts, mechanicals and even to paint. Evidently, plastic has become one of the main elements of building assembly.

However, this was only when the age of plastic really took off. Plastic was discovered prior to the 1900’s.  The first-ever man made plastic was known as ‘Parkesine’, which was patented in 1856 by Alexander Parkes in Birmingham, England.

First, let’s explore what plastic really is. It is derived from a Greek word ‘plastikos’, which translates into ‘capable of being shaped or molded’.  Everyone always pays attention how plastic is used, but no one really pays attention what it contains and this is where it gets interesting.

Standard plastic is made of non-renewable petroleum along with natural gas resources. More specifically, plastic contains organic polymers which are malleable. This is where plastic gets is elasticity so that you can mold it into different shapes. Also, it contains various chemical additives which have serious harmful effects. These include:

Since plastic production is cheaper than other substances, combined with our demand for plastic products, production tends to increase every year. Now there is an even entire ocean full of plastic. Don’t believe me? Just take a look at these disturbing images. 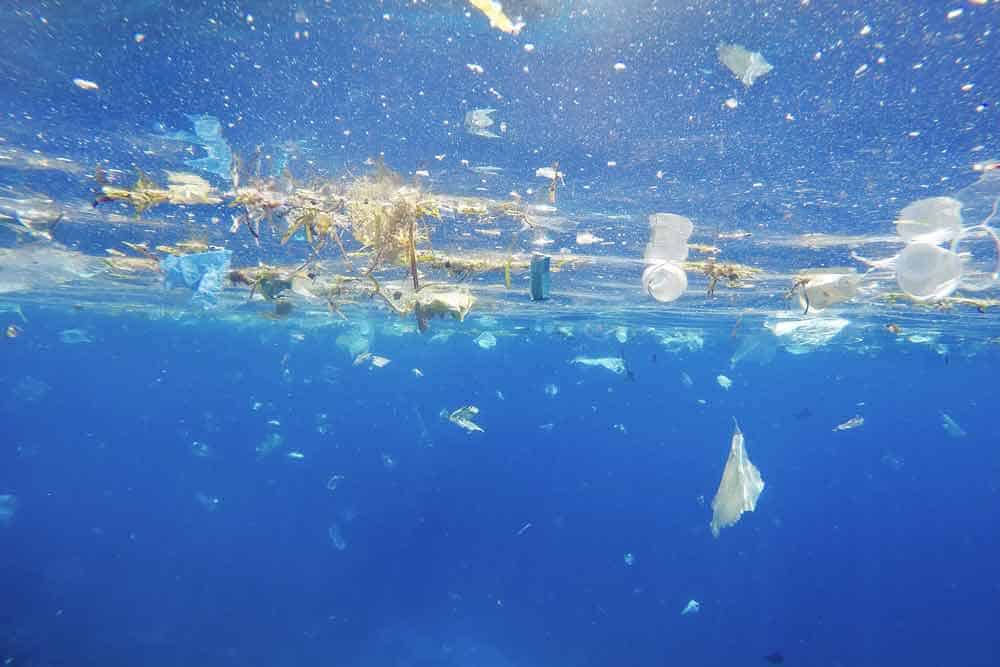 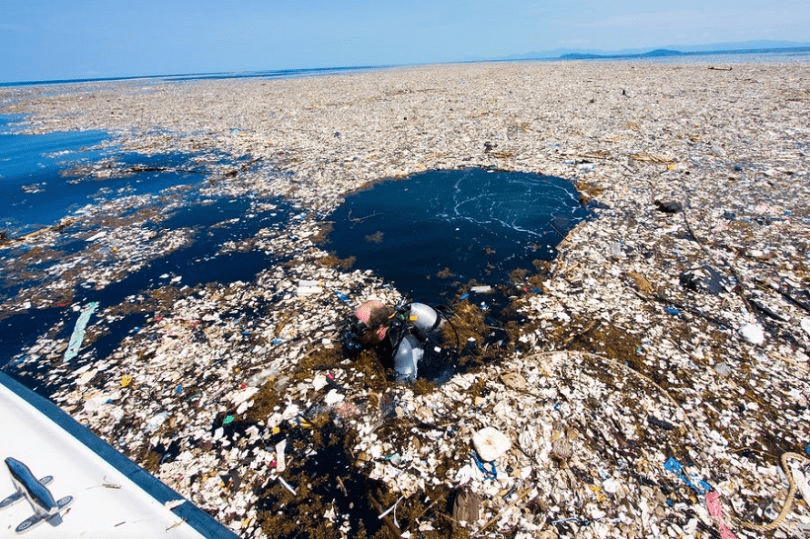 I don’t know about you, but this last image is rather disturbing. Yes, this is plastic in our oceans. Plastic constitutes about 90% of all floating trash in our oceans.  There are alarmingly 46,000 pieces of plastic per square mile.  In fact, this picture is from Trash Island.

Trash Island, also known as Great Pacific Garbage Patch, is a floating pile of plastic garbage in the Pacific ocean. It is located in the North Pacific Gyre, near the coast of California. This is the largest ocean garbage site, which is twice the size of Texas. here, plastic outnumbers marine life six to one. Remember, plastic is non-biodegradable and it will keep floating about for about 1,000 years to come.

Sea life and marine creatures are the first to suffer the harmful consequences of this man-made disaster. Common effects include entanglement and ingestion, which ultimately lead to death. In the end, you end up seeing uncomfortable images like these below. 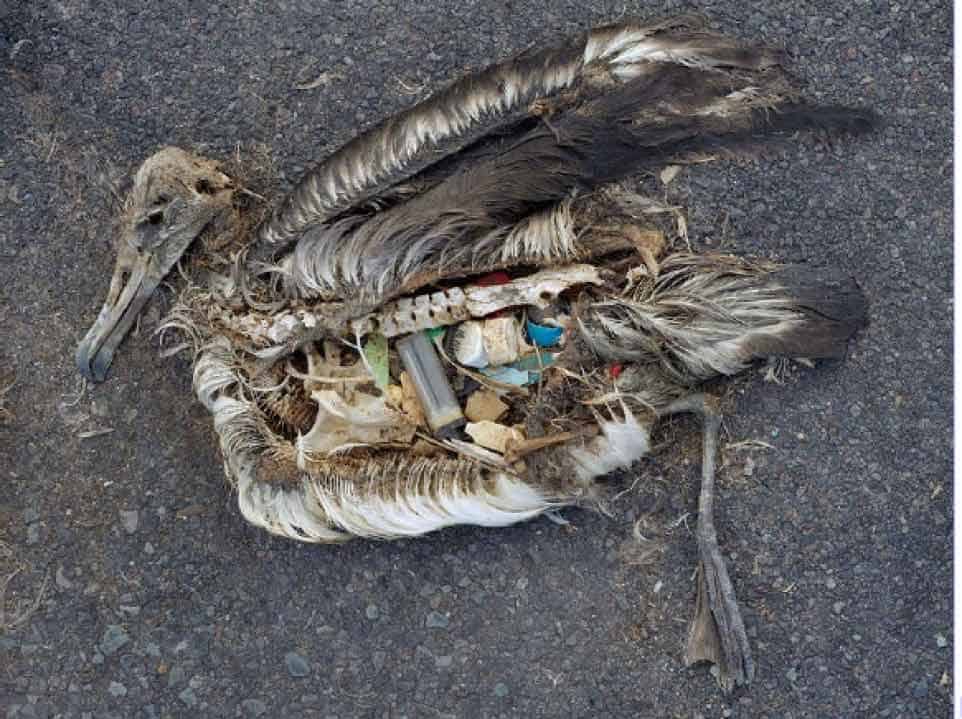 Statistically speaking, more than 267 species have suffered from ingestion or entanglement. Roughly 400,000 sea mammals and one million sea birds perish due to plastic.

Yes, we all know that plastic pollutes land and oceans. However, it’s easy to forget the impact of plastic contamination. Plastic can easily spread harmful chemicals into the soil, which then permeates in ground water that then absorbs harmful compounds. As a result our water source and entire eco-system is in danger!

Speaking of water contamination, our water is just as fragile. Plastic pollution in tap water is a real thing that no one really talks about. A recent study revealed that 83 percent of tap water contain plastic components. We, of course, drink this tap water, or water from a plastic bottle and as a result we absorb the plastic into our own bodies.

A study shows that 93% of Americans above the age six test positive for BPA. Cancerous substances such as the latter might contribute to today’s worldwide cancer epidemic.

who is to blame?

Everyone is. To sum up, it’s not just the corporations, but also our demand and dependency of these plastic product that cause the problem. Comparatively to the amount of plastic, recycling is still extremely low. Ironically, plastic is one of the cheapest components to produce, yet the most expensive to discard and manage. Currently, the recycling rate for plastic is roughly 6.9%. In comparison to 51.6% for paper, 21.8% for glass and 36.3% for metal.

Altogether, it is a vicious circle. I’m serious considering my consumer habits. Who is with me?