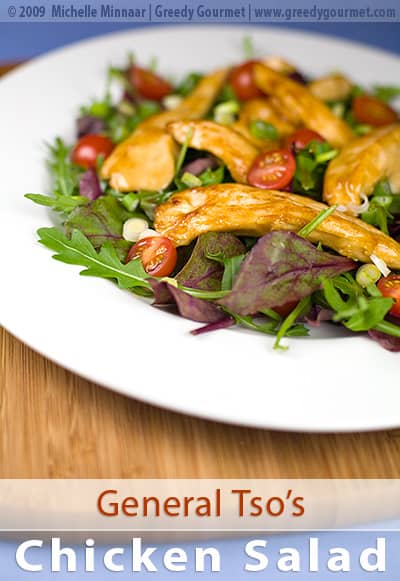 General Tso’s what?!? Many of you in USA and Canada know General Tso’s Chicken as a standard item on every Chinese restaurant menu. The moment I saw the recipe on Bobby’s site called Blog Chef, I just knew I had to make it. Unfortunately, I ran into some problems…

Like any cook, I have my weaknesses, for example baking, and in this case battered-frying. No matter how hard I tried I just couldn’t get the batter crisp, not to mention for the batter to stay on the chicken. After about five failed attempts it called for radical action.

No batter, less oil and served with salad, this recipe is a real winner. You can even have it while you’re on a diet and it’s healthy too! 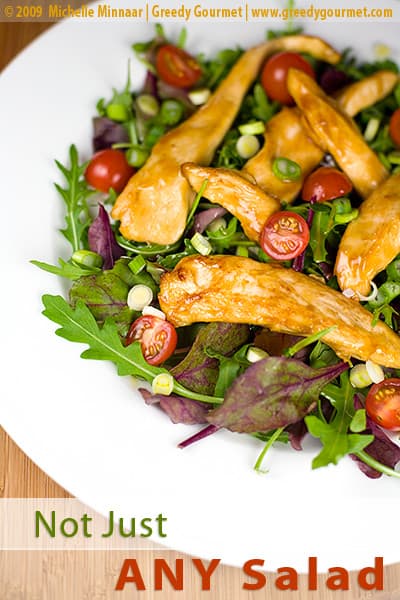