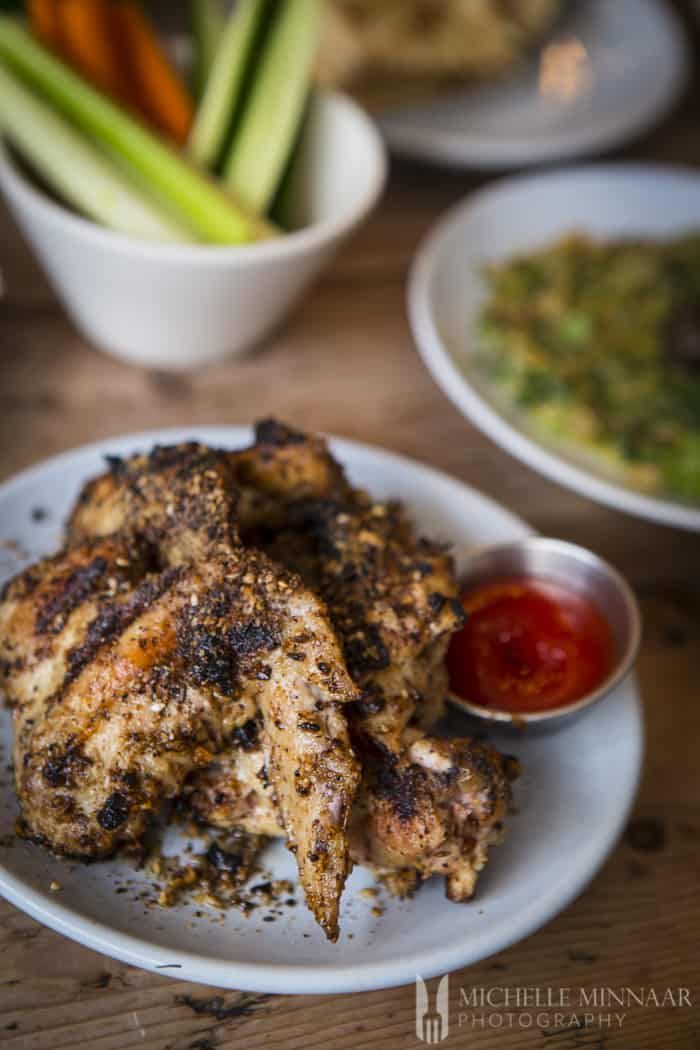 A chicken wing slathered in BBQ sauce is a classic at barbecues. Served with hot dogs, burgers, fries it forms part of a great American spread. However, ditch the sauce, and opt for covering the chicken in Dukkah spice instead. Add grilled slices of aubergine, pots of humous, tabouleh and flatbread to the table and voila, you are now enjoying a Middle Eastern feast. 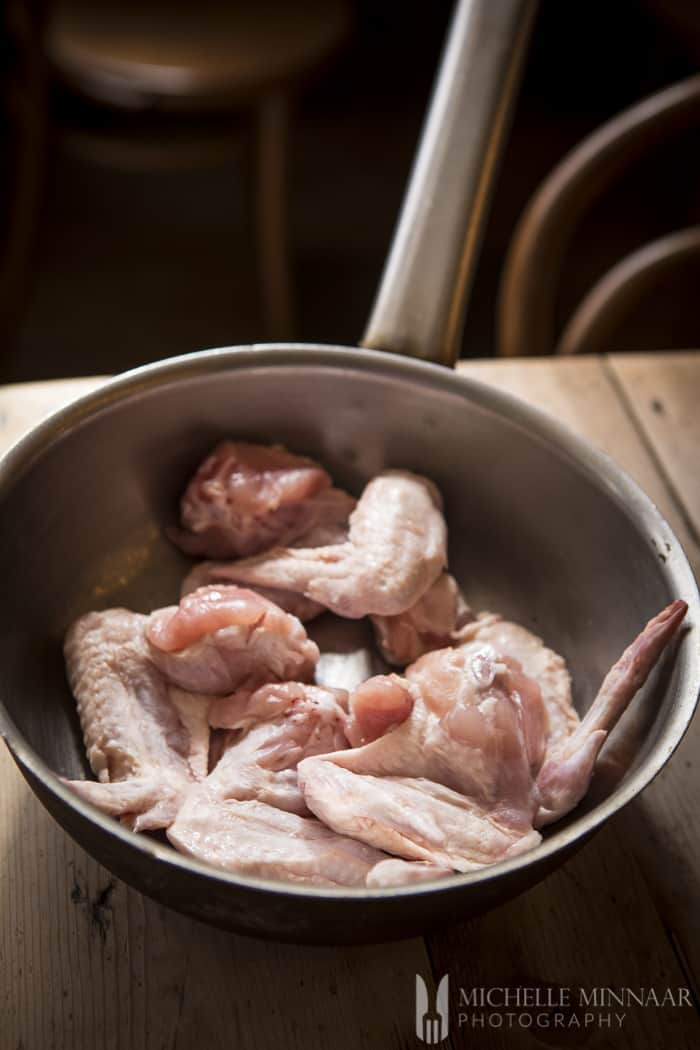 Duqqa, pronounced ‘doo-kah’ is an Egyptian spice blend which literally means ‘to pound’. It’s also known as du’ah, do’a or dukkah. Although it sounds very exotic, it comprises sesame seeds, coriander seeds, hazelnuts and cumin. As you can see the ingredients can easily be sourced so you can prepare your own mixture at home. If all else fails, you can buy dukkah at large supermarkets to save time and effort. 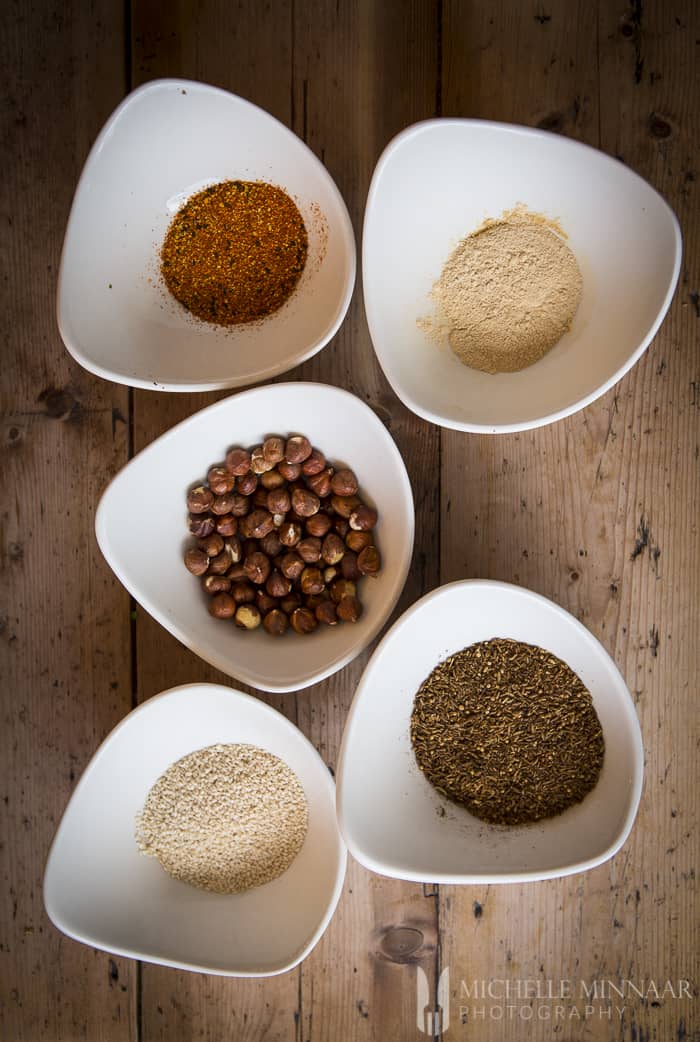 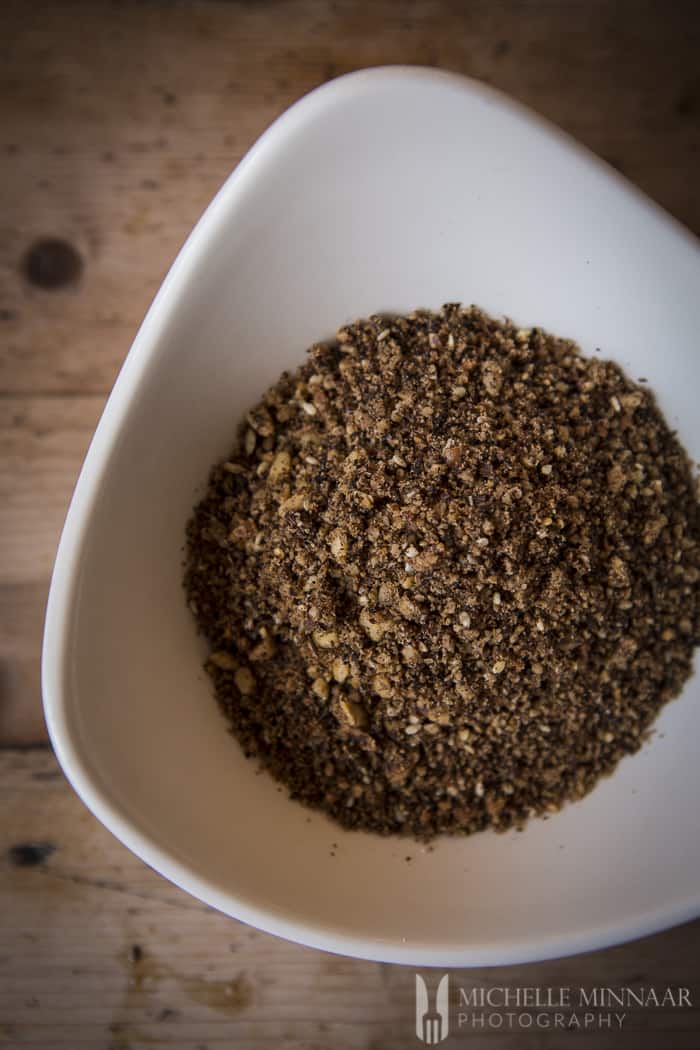 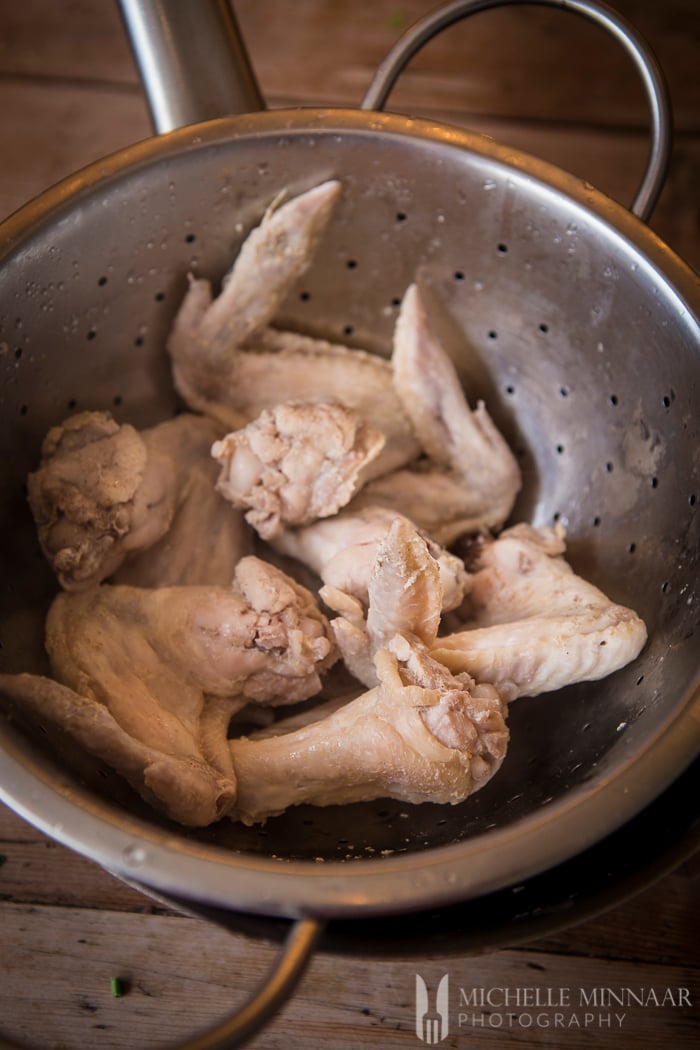 One trick I’ve learnt from The Real Greek is to blanch chicken before cooking. It speeds up the cooking process while the chicken retains its moisture and best of all the meat is fully cooked so there’s little risk of food poisoning. The same principle was used in the preparation of Koto-Bacon, which is chicken pieces wrapped in bacon finished off on the grill. 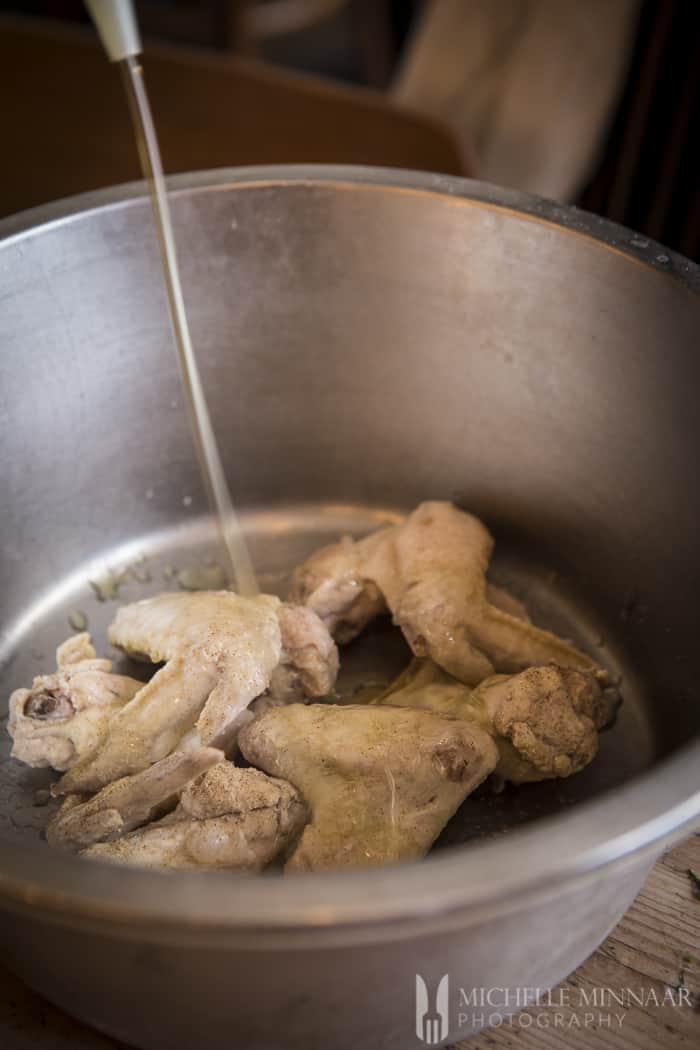 Here’s a quick tip. When buying the chicken at the shops, look for wings whose tip sections have already been removed because you’ll get more bang for you buck. After all, who eats the bony end of the wing?!? 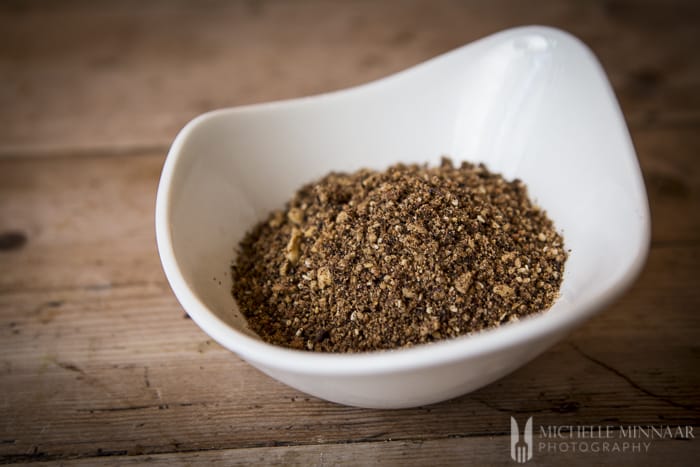 After blanching the wings, you just need to drain them and while they’re still warm cover them in oil and lovingly sprinkle them with dukkah and give it all a good shake. If you don’t have a barbecue you can griddle them in a pan or grill them in the oven and you’re done. Simple! 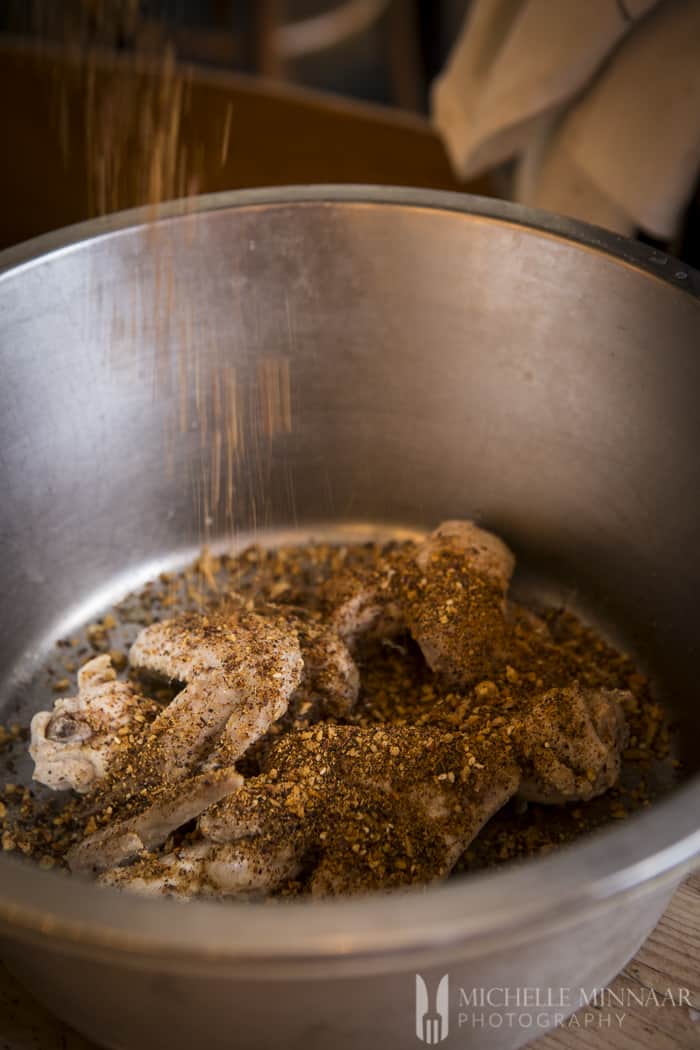 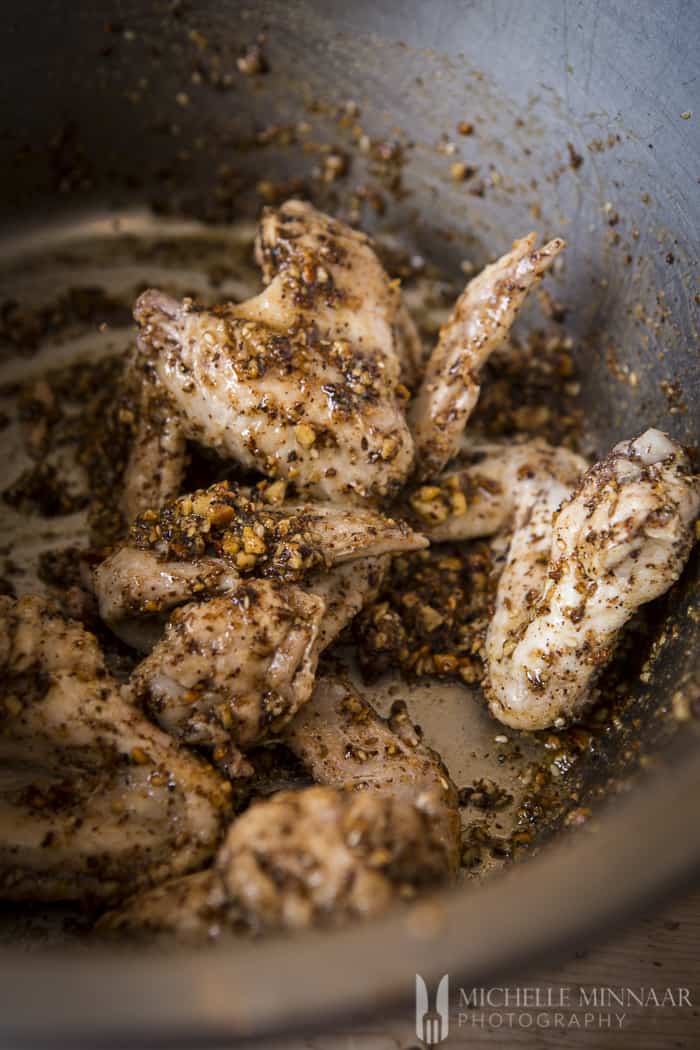 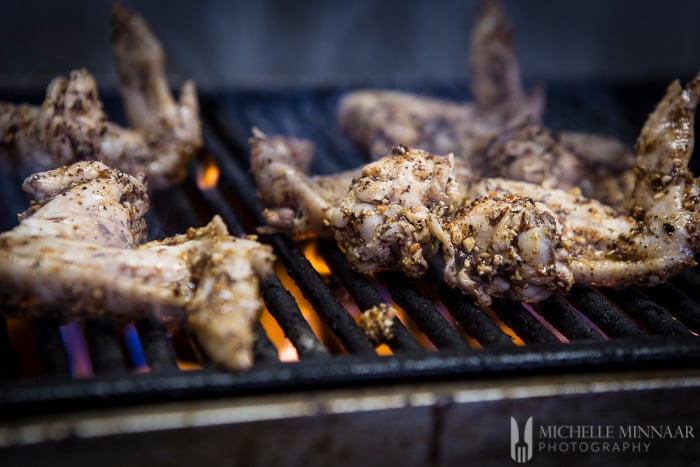 In the photos we completed the meal with flatbread, Melitzanosalata (an aromatic aubergine dip) and Gigantes Plaki (Greek baked beans). 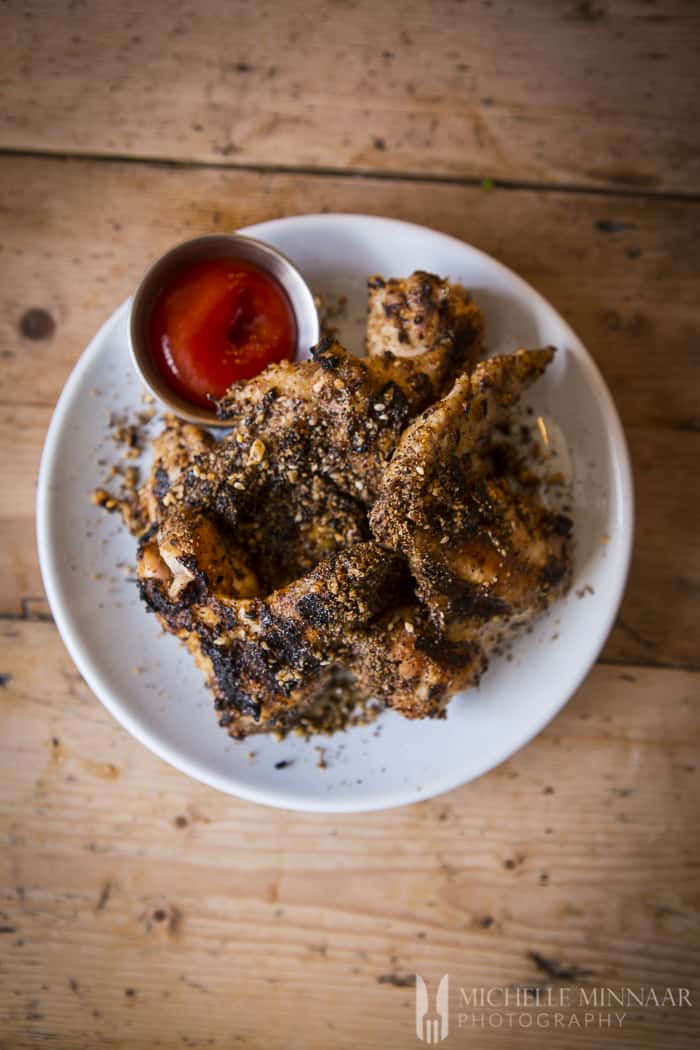 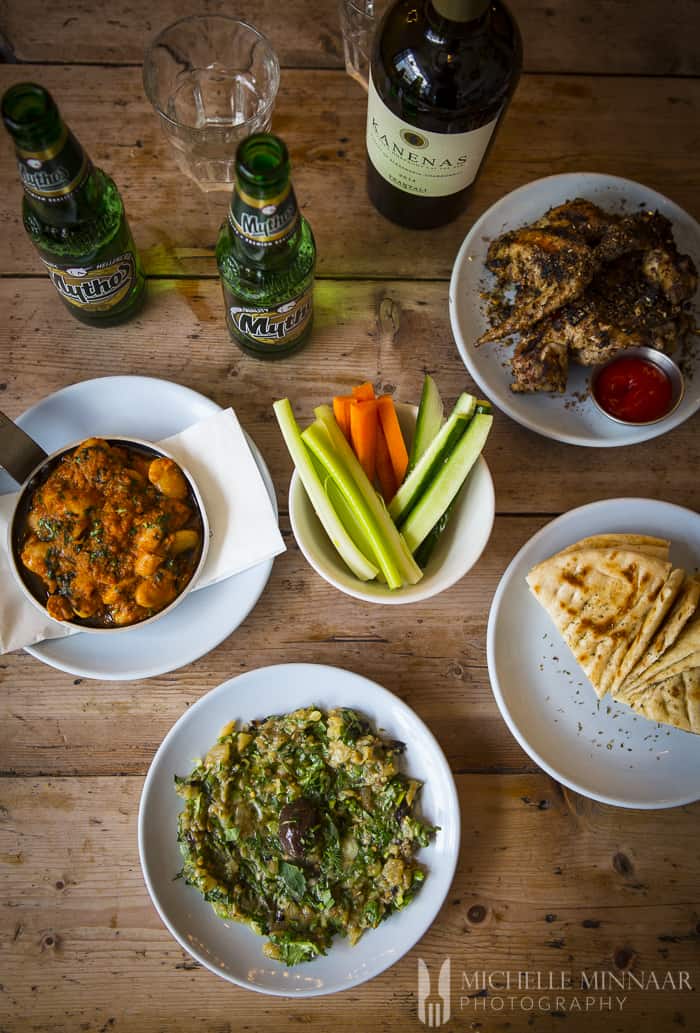 A special thanks to Alan May, who is the executive chef at The Real Greek, for demonstrating a few Greek dishes from the restaurant’s menu.

Serve with ketchup or chilli relish as part of a barbecue.