Vegan split pea soup is the ultimate winter warmer recipe. However, there’s one exception that makes it unique. It’s not your traditional calorie bomb! This is because this split pea soup recipe is completely vegan, therefore it doesn’t call for adding heavy cream. As a result, you can eat away guilt-free while getting loads of nutrition and vitamins into your system. You can serve this vegan split pea soup as a starter, or you can double up and enjoy it as a main course.  Also, you can enjoy this soup warm or cold – whichever you prefer. Most noteworthy, this split pea soup uses only inexpensive ingredients that store well in your cupboard for ages!

In my opinion, you can easily make this vegan split pea soup for just under £5, assuming you purchase the ingredients individually on a weight basis. Still, it’s the best recipe to fill up in a healthy way. It’s really easy to replicate and it’s cheap! What more could you ask for? All in all, this is the perfect soup recipe to add to your weekly meal plan.

This vegan split pea soup recipe consists of dried yellow split peas, root vegetables, garlic and spices. As you can see, it doesn’t involve a lot of hassle from your side and it won’t burden your shopping list. You can easily jazz this soup up in many ways, either by adding your favourite combination of root vegetables or spicing things up with some herbs and spices.

Pea soups have been enjoyed since the Greek and Roman times. It was around this time that the vegetable was cultivated, all the way back around 500 BC to 400 BC. Back then, it was very common to find split pea soup being sold by vendors in Athens. Pea soup also made an appearance in the UK Middle Ages as pease pudding. It was only in the 17th century, when pea soup was made with fresh green peas, something in the style of this creamy pea soup. Apparently, it was one of the soups which one would serve to King Louis XIV of France.

Of course, pea soups often vary in colour. Especially, this depends on the type of regional dried split peas you use. Mostly, when one hears the term pea soup, one thinks of the green coloured soup made with fresh peas. However, today, there are thousands of different types of pea varieties. It’s difficult to put a number on how many types of peas there are, because there are just way too many.

which peas to use for pea soup

When it comes to split peas, there are two varieties: green and yellow. You can use either one for the vegan split pea soup recipe, or a combination of both. They are interchangeable as well. If you can’t get your hands on split peas, you can substitute with red lentils. These have a nutty note as well as a creamy texture which are perfect for the soup’s consistency. They work very well with coconut milk. Check out this red lentil, tomato and coconut soup recipe.

This split pea soup is super-nutritious, very protein rich but low in fat. In fact, it’s so nutritious, that it is a very common meal of the Finnish Defence Forces. 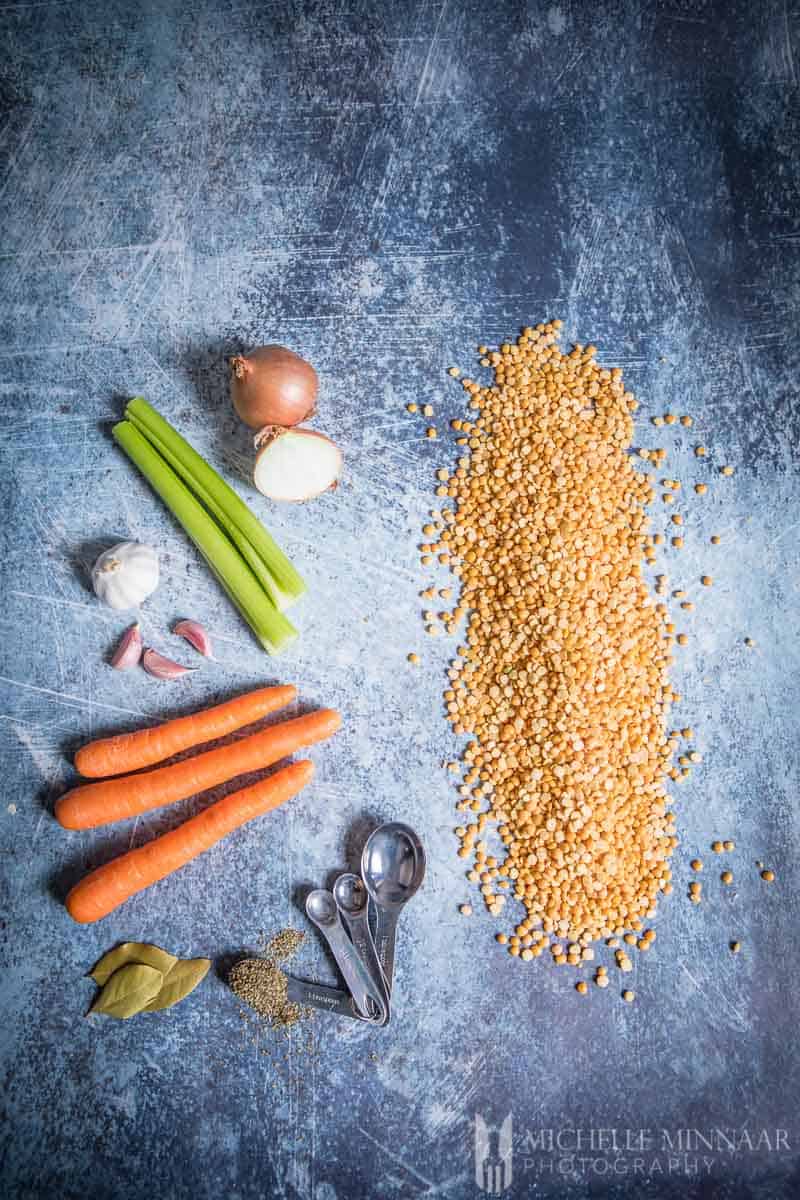 how to make the best vegan split pea soup

As split peas are very popular in Indian cuisine, you can easily give this vegan split pea soup an Indian twist. This would involve root vegetables like ginger. Most importantly, you’ll need to add spices like turmeric (to make it into a more vibrant yellow), cumin powder and coriander powder. Just take a look at my tadka daal recipe and my curried carrot and split pea soup recipe.

For a Japanese twist, you can add a hokkaido pumpkin for that extra blast of vibrant orange colour, fresh ginger and drops of soy sauce. Otherwise, you can substitute using yellow split peas with lightly fermented black beans. These beans also make excellent Japanese-style stir-fry.

For a bit of heat, just add chilli powder and season to your preference.

You might be wondering, how can you make a split pea soup creamy when you can’t use cream? In general, you don’t need to use cream to make something smooth and creamy. There are other alternatives for your vegan split pea soup recipe. All you need to do though is to control the consistency. You can opt for diluting with water or with a vegan cream alternative available in stores.

When I like to play around with creaminess, I generally add a couple of slices of fresh avocado. Even though it might affect the colour of your vegan split pea soup, the consistency and the taste will definitely be a lot creamier than before! Besides, who doesn’t love avocado?

Generally, I love to add a fresh herb topping to any soup. Whether it be fresh coriander, parsley or watercress. Sometimes however, I do enjoy chopping up some pieces of fresh red chillies for that extra kick. However, this might be too extreme for those who don’t eat chilli on a regular basis. Otherwise, if you would like to serve this vegan split pea soup in a more refined way, simply use a vegan cream alternative and decorate the soup with it. 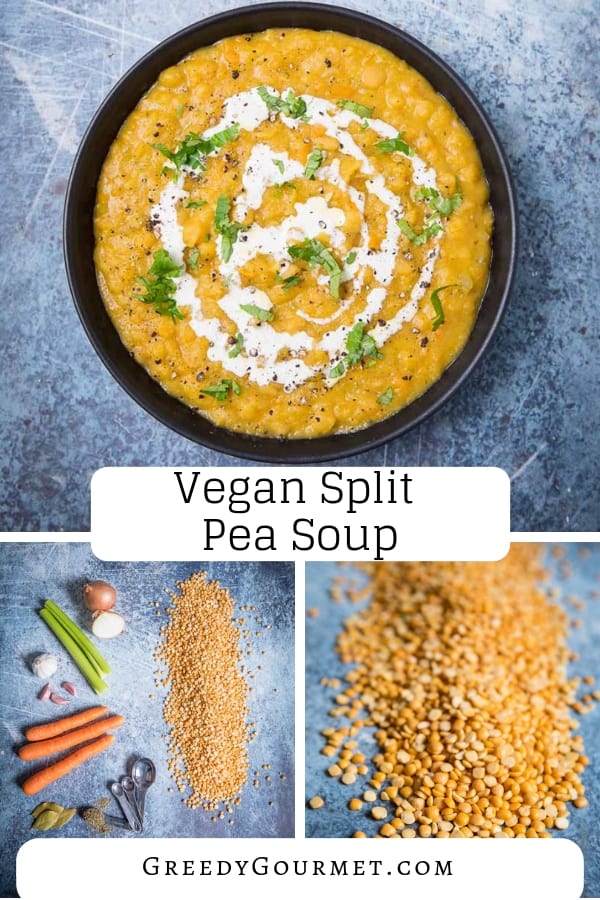