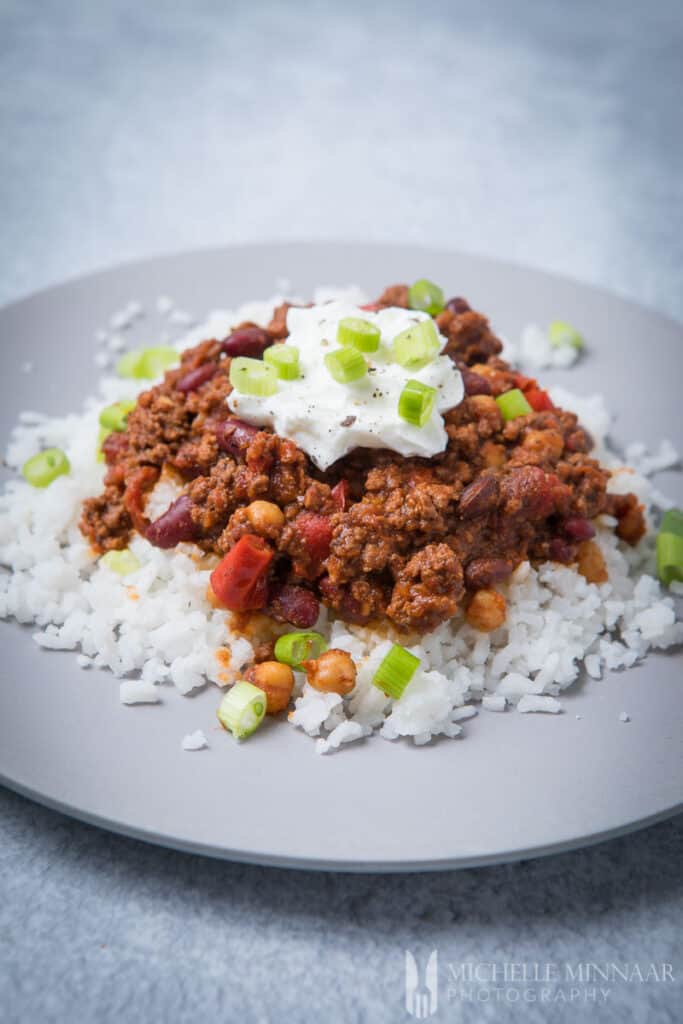 what is Texas venison chilli?

First and foremost, venison chili is a form of thick meat stew using venison mince. Traditionally, you stew the meat as long as possible with vegetables such as tomatoes, peppers, onions, beans, corn and herbs. The most common type of meat used for chili isbeef. However, legend says that the first meat ever used in a chili recipe was venison.

Apparently, in the 1600s, a Spanish nun called Mary of Agreda made her appearance to the Native Americans and returned from them with the very first recipe of chili. So, in essence, historians have been arguing over crediting the origins of venison chili to the Native Americans.This is due to the fact that Texans have claimed that they are the true inventors of chili.  Today, a chili recipe is also known as chili con carne, which in Spanish translates to chili with meat.

In the early 1700s, chili con carne was brought to the State of Texas by immigrants who left the Canary Islands. They introduced a local version of a chili in San Antonio (their settlement). Thus, chili became very famous and popular amongst hungry cowboys. Soon, many versions of chili began to appear throughout Texas.  To avoid any confusion as regards the origin of chili, the Texan government officially declared chili as their official state dish in 1977.

Today, you have a vast variety of chili dishes, including this hearty and delicious venison chili. I am confident it will become your weekly favourite! 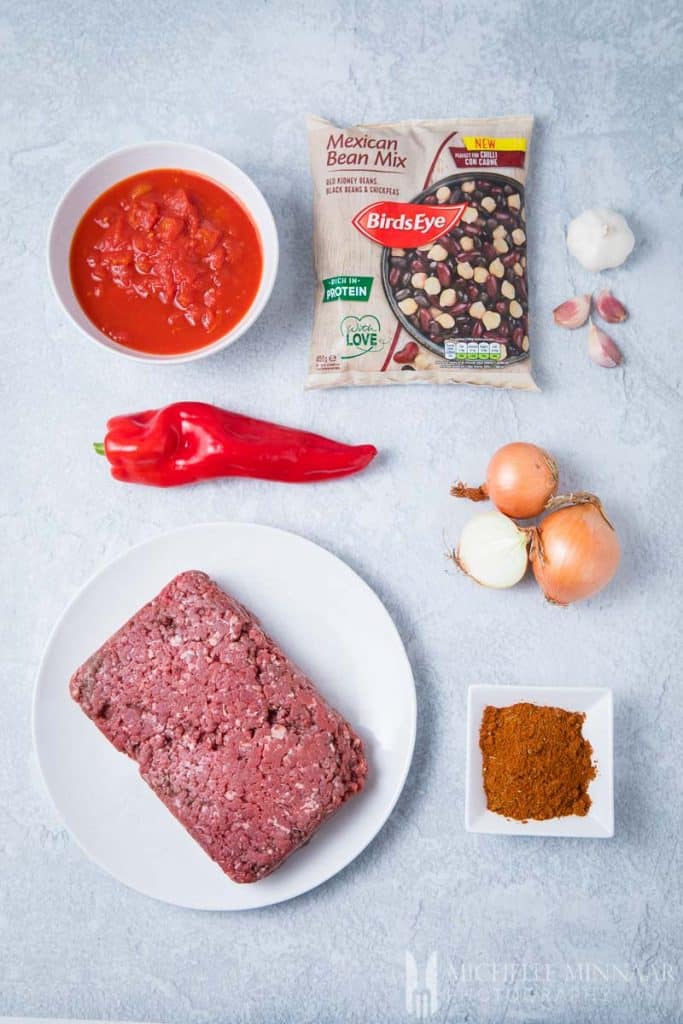 I know what you are thinking when you have to cook with beans. You are probably worried about the fact that you have to soak the beans beforehand. Well, say goodbye to this step with Birds Eye Pulses! These will literally save you a massive amount of preparation time for any bean recipe. No more soaking, no more draining –you can say bye to all of that! Birds Eye Pulse mixes are pre-packed pulses and vegetables which you can cook straight from frozen in just a mere four minutes in total! So, you can prepare this flavourful venison chili in no time at all!

My favourite part of all is that you can pour the mix directly into the venison chili or your preferred bean recipe. Hence, you don’t have to use up all the contents as you would from a can you find in the supermarkets. Your cooking will become more sustainable and you won’t have as much waste! 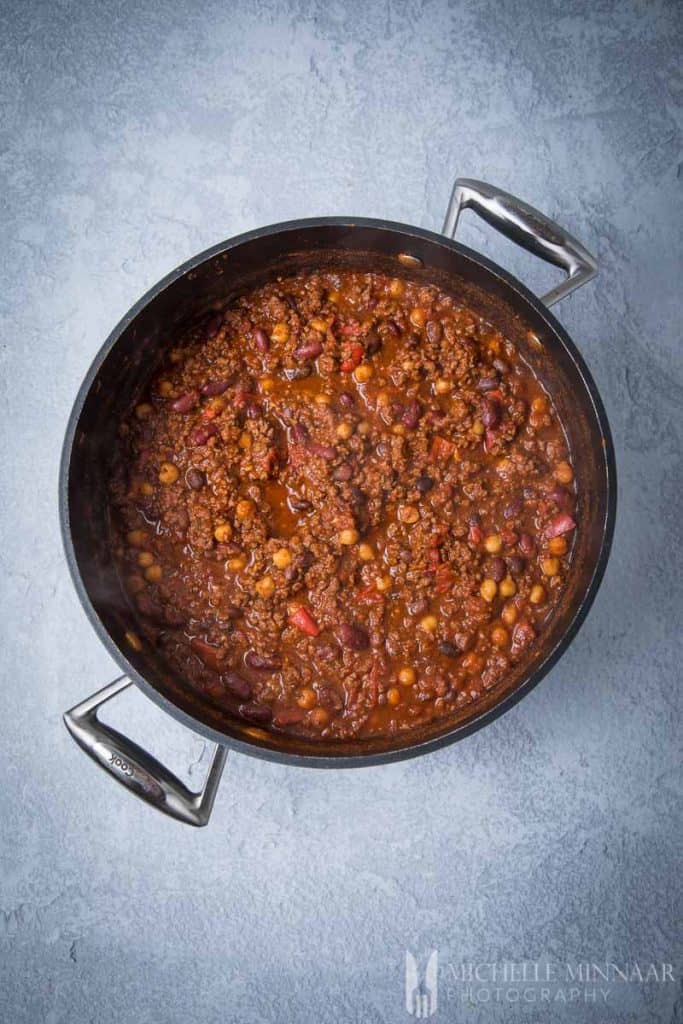 You can also use these convenient packs to make warm salads like this butter bean salad, stir-fries, curries, stews and much more. Yes, the Birds Eye Pulses are #Goodforyourbowl.

Birds Eye Pulses are made from only the best of ingredients. Also, the freezing process has locked in their goodness, so when you cook with them they are at their best. As a result, they also give me much more free time to perfect my venison chili recipe as well as spend time with my guests in the kitchen.

Lastly, they are an excellent healthy choice for vegans, too, because they are a rich source of protein and fibre. They count as one of your five a day!

So, don’t hesitate to use these Birds Eye Pulses and replicate healthy, tasty and quick meals! 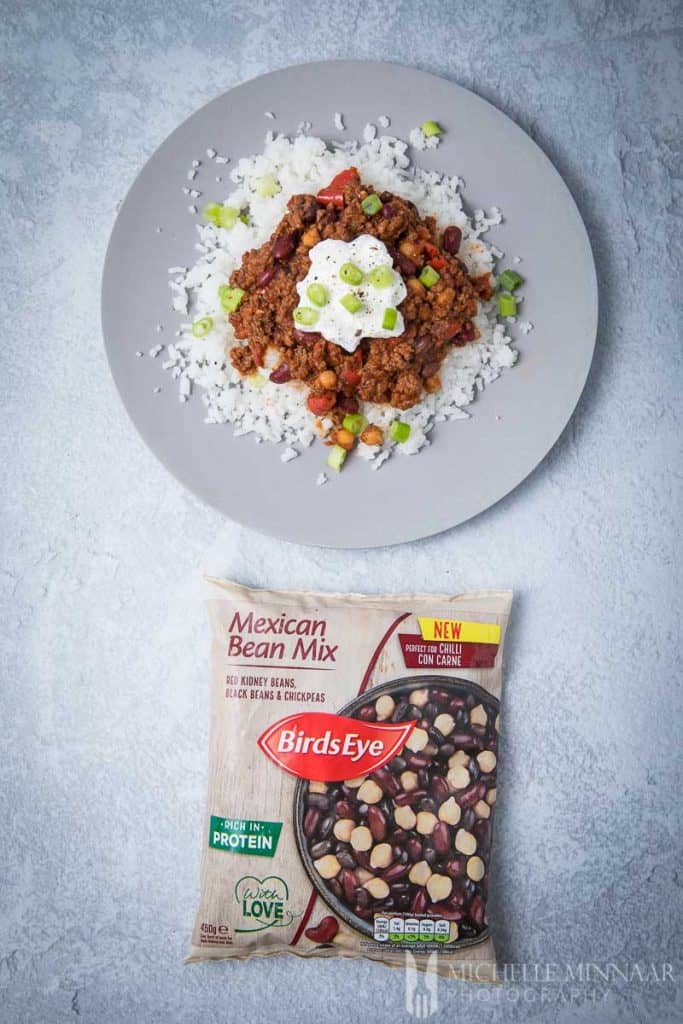 Some say that every meal made with a slow cooker tastes better. Arguably, this is because it is said that slow cookers slowly incorporate juices from the ingredients into the overall dish. Also, it makes meat and hard vegetables very tender. There is no reason for you not to use a home cooker for the venison chili recipe, especially if you’ve got one at home.

Besides, you can make other tasty things with a slow cooker. Even desserts! Don’t believe me? Why don’t you give this slow cooker Nutella fudge recipe a go?

By the way, just because the name venison chili suggests the level of heat of this meat stew is high, that doesn’t necessarily have to be true. Although, being South African –I love cooking with fresh or powdered chili for that extra kick. However, that doesn’t mean that you have to! You can easily vary this venison chili recipe and make it completely mild. Besides, there is plenty of flavour one can enjoy with this hearty stew.

Again, the best way to serve this venison chili is in a deep bowl with a side of rice. However, you can also enjoy a chili with roasted potatoes or just eat the chili alone as it is. Garnish with fresh parsley or coriander. I also like to drizzle with corn for extra sweetness as well as include fresh red chili peppers.