Bienmesabe, three Spanish words banged together “bien me sabe”, literally means “tastes good to me”. Find out why. 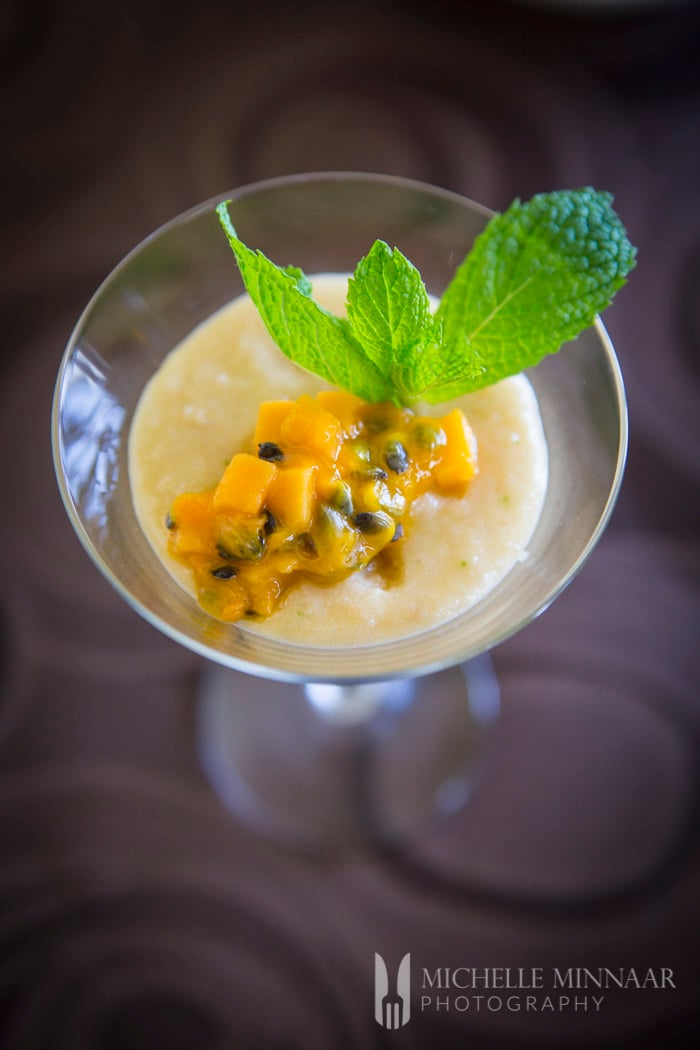 This is the last post on my trip to Tenerife and what a joyous experience it was. Tenerife has lovely seafood. If you walk along just about any seafront you’ll logically find eateries serving tapas and the wafts of freshly grilled seafood will fill your nostrils and make your stomach rumble. At some rocky beaches there are ladders fastened to some big flat rocks, which officially turns the pool into a humongous swimming pool where people dive, swim and snorkel. There are lots of new buildings being erected everywhere you drive. Sporting idyllic weather just about every day of the year, it is easy to understand why it has a booming tourism industry. 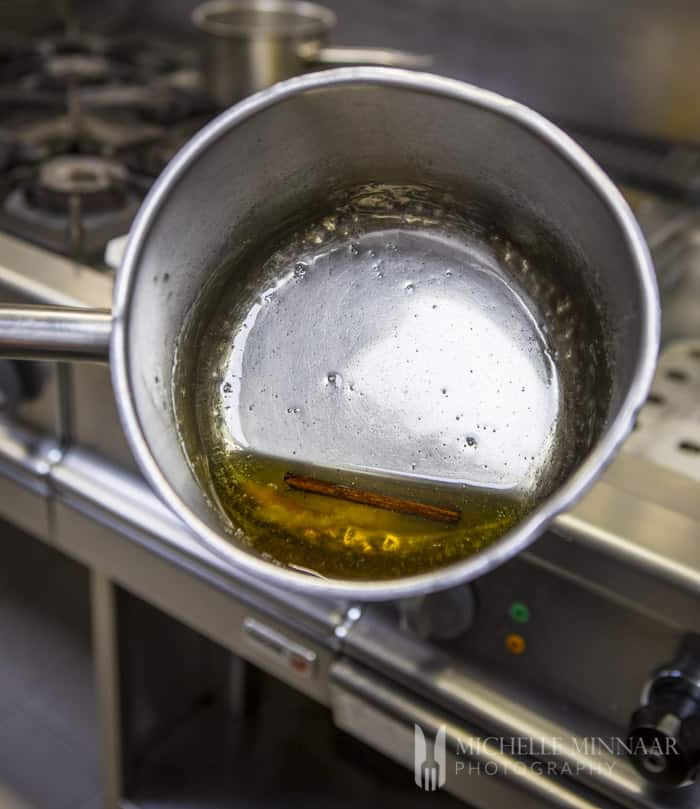 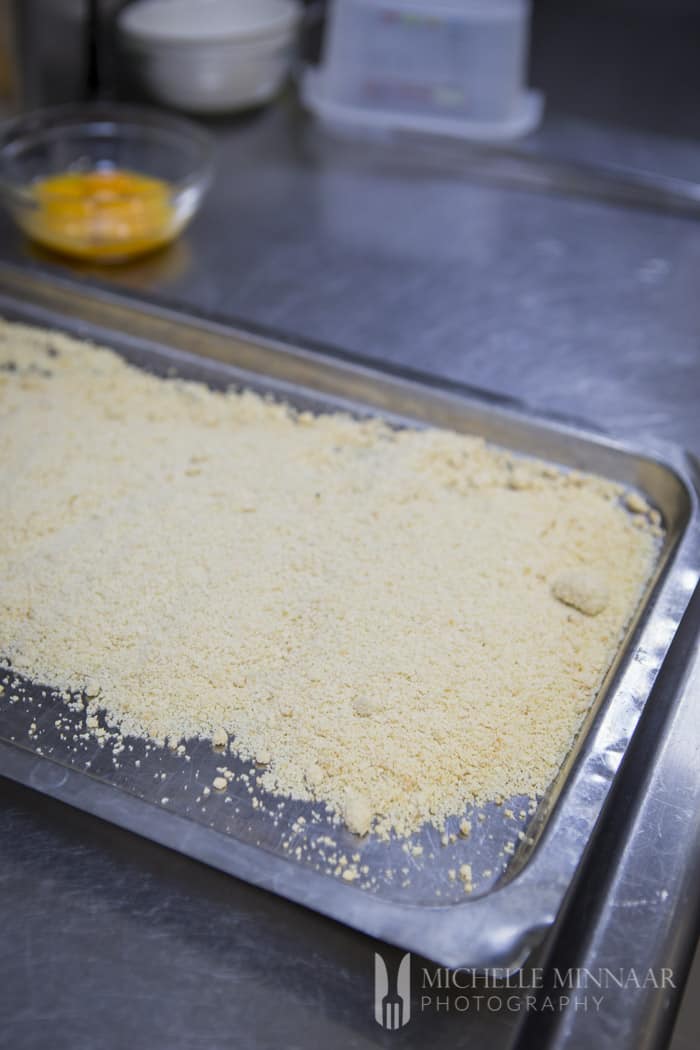 A quick search reveals two types of Bienmesabe. One from the Canary Islands, the other from South America – Panama, Puerto Rico and Venezuela in particular. They are different though and the latters’ influence come from Andalusia in Spain, where it calls for sponge cake, custard and ground almonds. Traditionally it was made by cloistered nuns in the Malaga area and can be bought in pastry shops.

The Canarian version dates back to when the islands were invaded by the Moors centuries ago. The Moors brought almonds with them which is why the ingredient plays such a major role in Spanish cuisine. This recipe is also much simpler than the aforementioned and has a very dense consistency made up of almonds, sugar, egg yolks and grated lemon rind. It can be eaten on toast or served as part of a dessert.

Take a look at the photos and you’ll see that Bienmesabe is super easy to prepare and, oh my, is devilishly sweet. In this case it was served with fresh mango and passion fruit pulp. 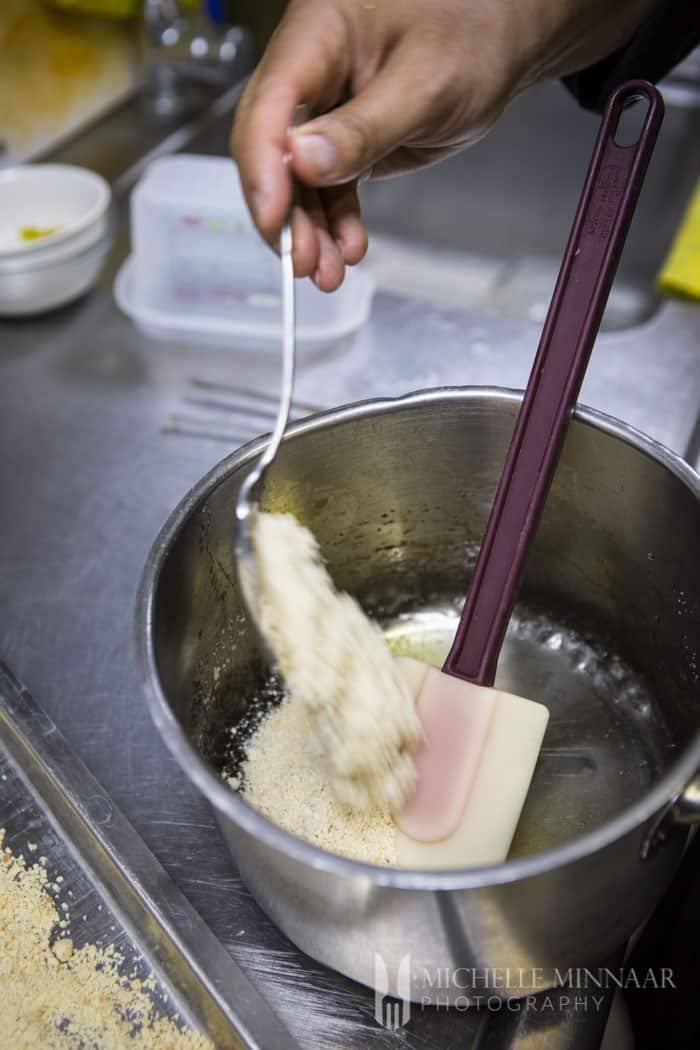 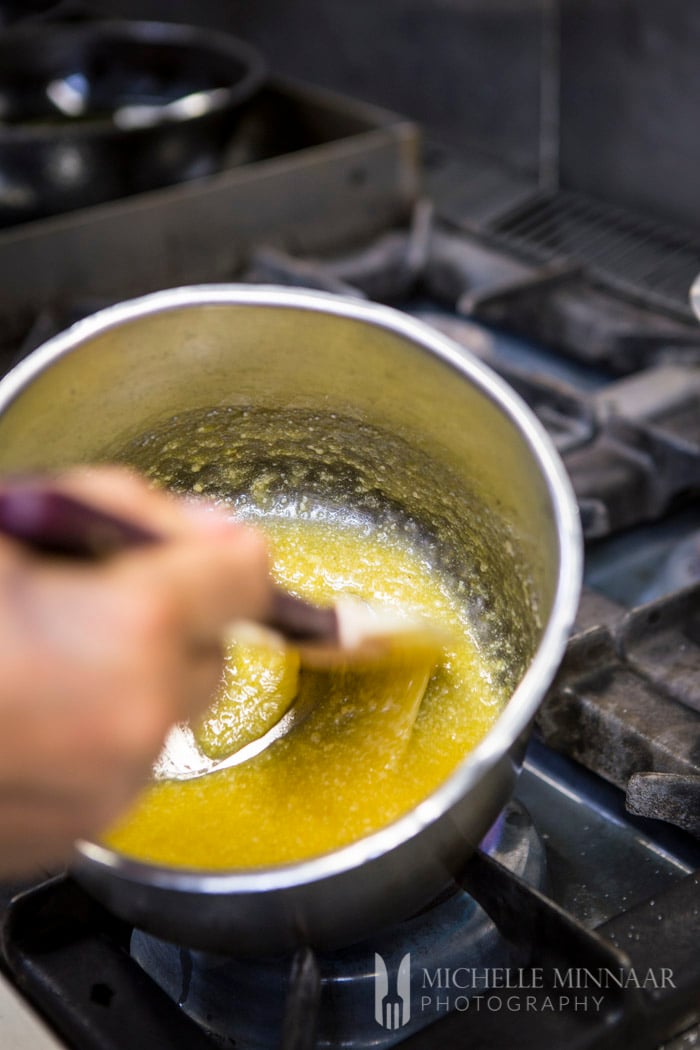 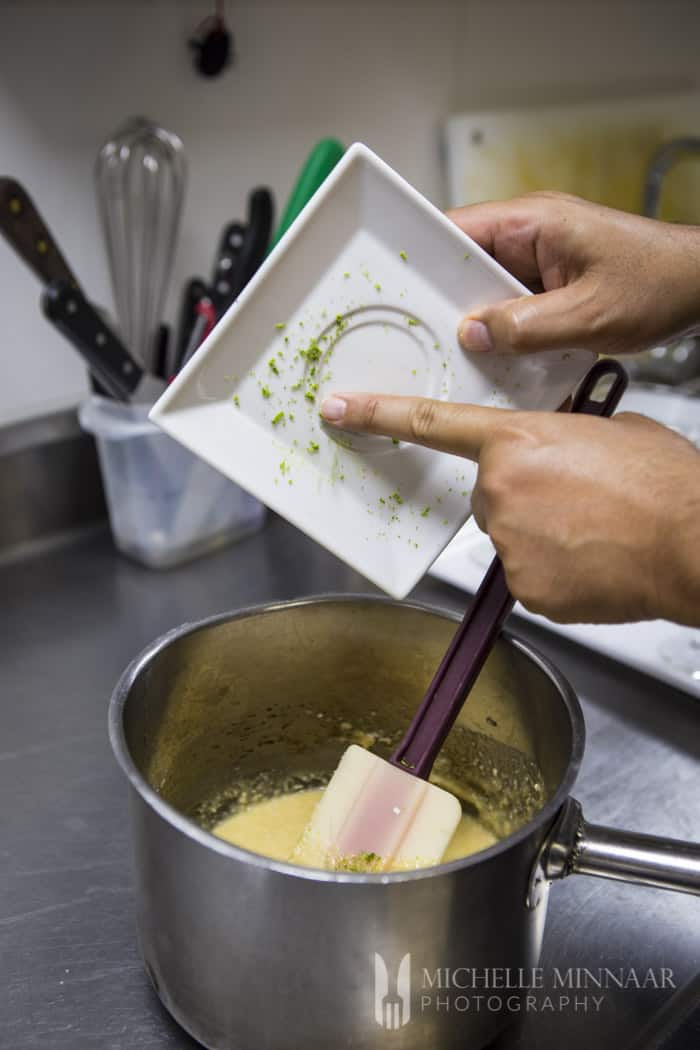 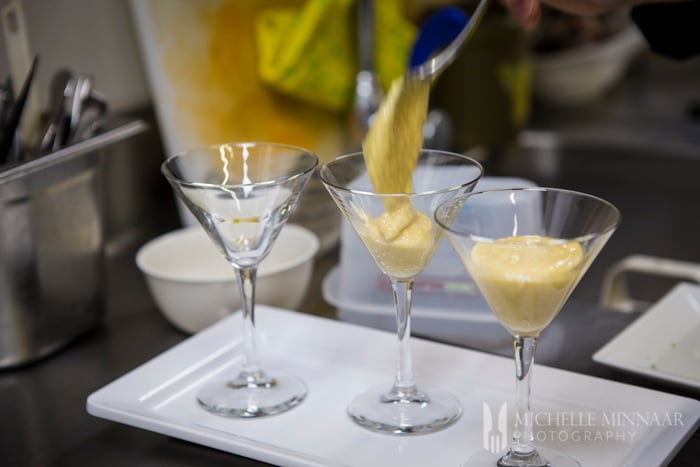 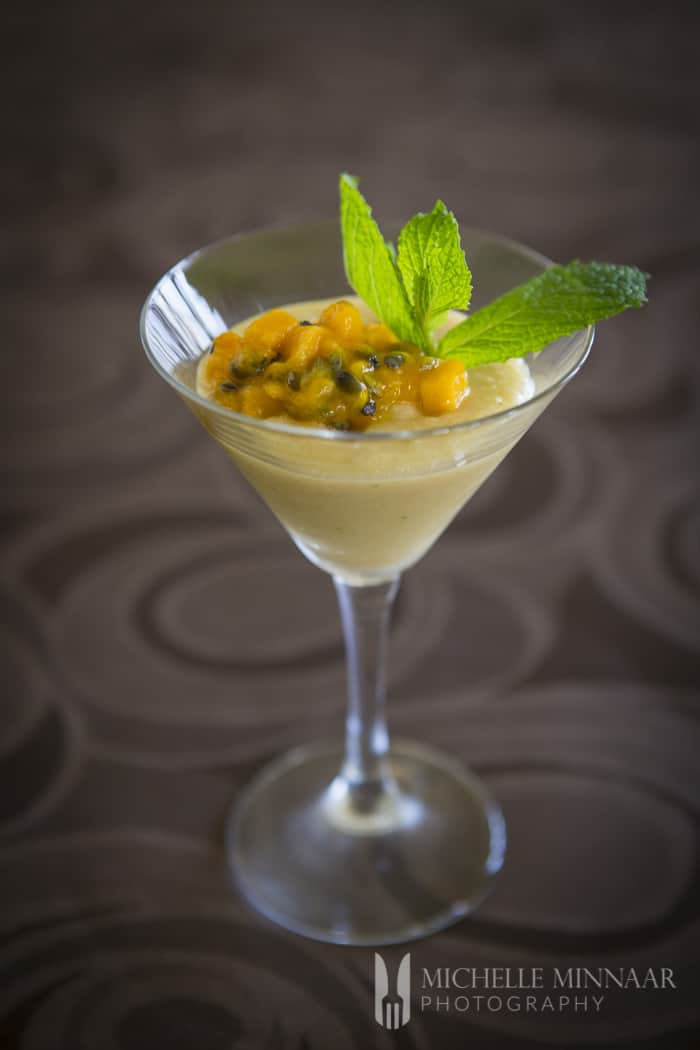 What is your favourite Spanish dessert?