Tawa paneer tikka is a fantastic choice for vegetarians.  This is because paneer is a type of nutritious Indian cheese, which is an excellent alternative to meat, and the recipe is crammed with vegetables. Nevertheless, this tikka recipe also works for meat lovers. Feel free to substitute the paneer with your favourite type of meat, e.g. lamb, beef or chicken. As a result, you can make lamb tikka or chicken tikka and serve them alongside this tasty tawa paneer tikka. 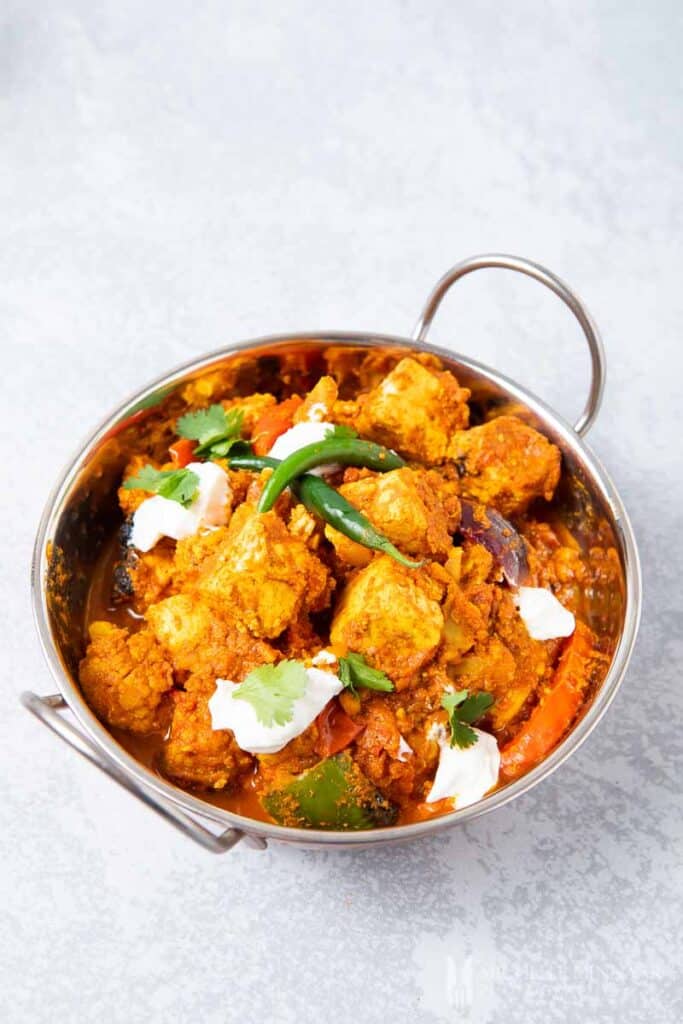 In short, tawa paneer tikka calls for small cubes of paneer, your favourite vegetables and onions on a skewer. After that it’s finished off with cooked vegetables. Usually, before one places the tawa paneer tikka on the hot flat pan, the ingredients are marinated in a masala mix gravy with traditional spices. In this case, my marinade contains tomato sauce as a base. This makes a perfect tawa paneer tikka curry which you can serve with rice later on.

However, you can also use yoghurt instead of the tomato sauce. For instance, check out my vibrant masala grilled aubergine or eggplant recipe for more inspiration. The yoghurt lifts the entire recipe with exceptional creaminess and infuses the spices very well.

You can opt to add the marinade at a later stage and simply fry or grill the paneer tikka first like I did. Just make sure you use a pinch of the spices with traditional seasoning like salt and pepper on the tikkas.

cooking paneer tikka on a tawa

As mentioned above, tawa is a special type of flat oval pan. It’s one of the must-haves of any Indian kitchen. 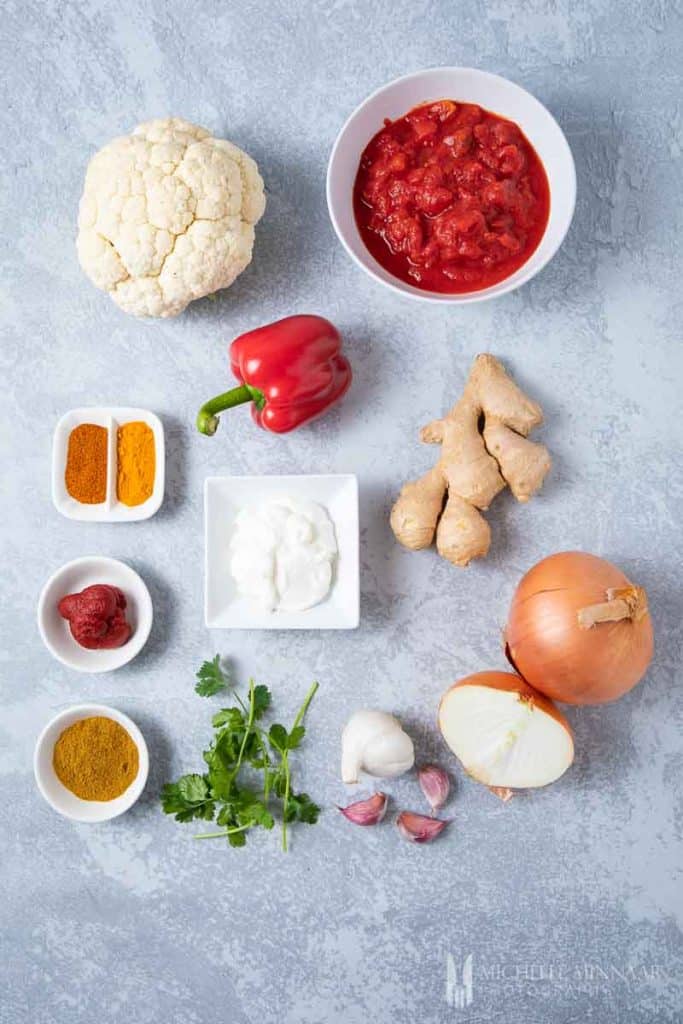 In essence, it resembles a flat pan used for French pancakes or crepes. Ordinarily, the tawa pan is made out of sheet iron, aluminum, cast iron or steel. Although the tawa pan originated in the Indian subcontinent, today you can find in all four corners of the world. That’s because Indian cuisine is one of the most popular and loved cuisines in the world.

A tawa pan is used for frying food, like this tawa paneer tikka recipe. You can also fry other dishes like:

However, it is also heavily used for making a variety of Indian flatbreads. For instance:

As you can see, the tawa pan is not limited to making only tawa paneer tikka. You can use it for making so many more flavourful Indian recipes.

Paneer is a type of fresh Indian cheese. It’s widely used in Indian vegetarian recipes. Basically it is a cheese made by curdling milk with an acidic element. Generally, lemon juice is used. Although paneer is a fresh cheese, it has quite a firm texture. Therefore it is perfect for this tawa paneer recipe as the heat won’t impact its structure.

Don’t be afraid to purchase a large batch of paneer. You can use the leftover paneer to make a paneer korma or a spicier malai paneer curry.

The masala gravy ties the entire dish together, especially if you want to serve the tawa paneer tikka as a curry. Simply mix the Indian spices with the tomato sauce, but you can also use tomato paste. If you are not a fan of tomato sauce, you can also substitute with yoghurt or coconut cream. Otherwise, if you’ve made Indian curry recently, like this beef kofta curry just use the leftover left over curry base sauce. 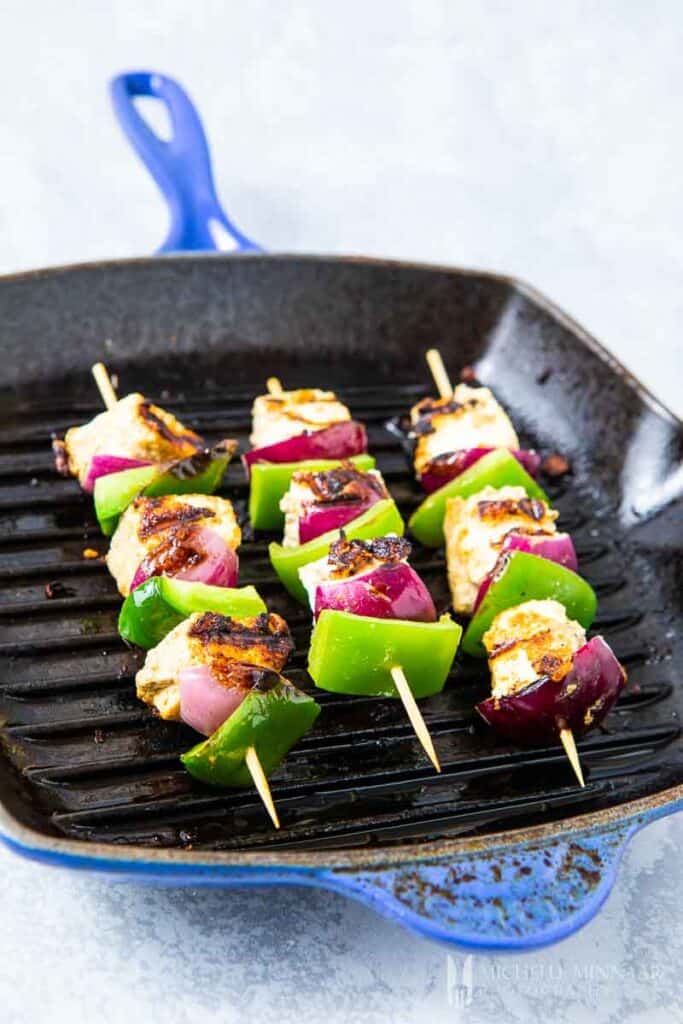 Once you have your masala mix gravy ready, combine it with the paneer tikka. You can also toss in cauliflower, which will provide a nice soft texture and a subtle sweetness. This is an excellent way to serve tawa paneer tikka if you would like to use it as a main course or if you have a large and hungry family.

You can serve the tawa paneer tikka in as a curry in a deep curry dish. Serve it the dish with traditional Indian side dishes like white basmati rice and cucumber raita. Lastly, top your tawa paneer tikka with fresh coriander leaves, fresh green chillies, fried spring onions and lime juice. 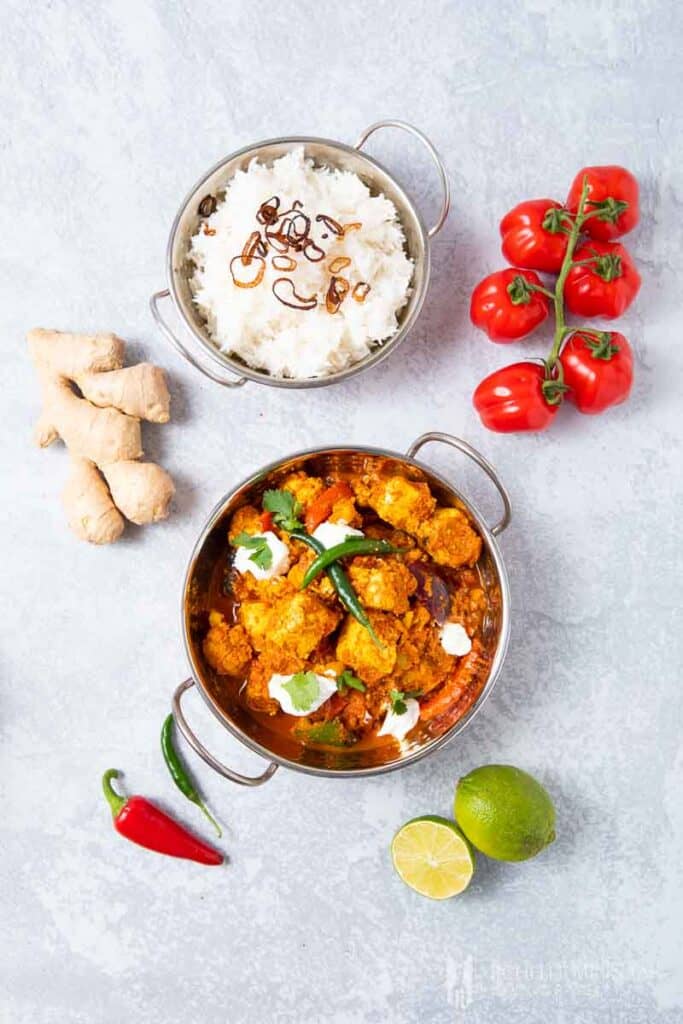 Do you own a tawa pan? Have you ever tasted tawa paneer tikka before? What would you serve the paneer tikka with? Let me know in the comments section below.

This tawa paneer tikka recipe is vegetarian. The Indian cheese is first marinated, then grilled. Afterwards it’s cooked with vegetables in a masala gravy. Make it tonight! 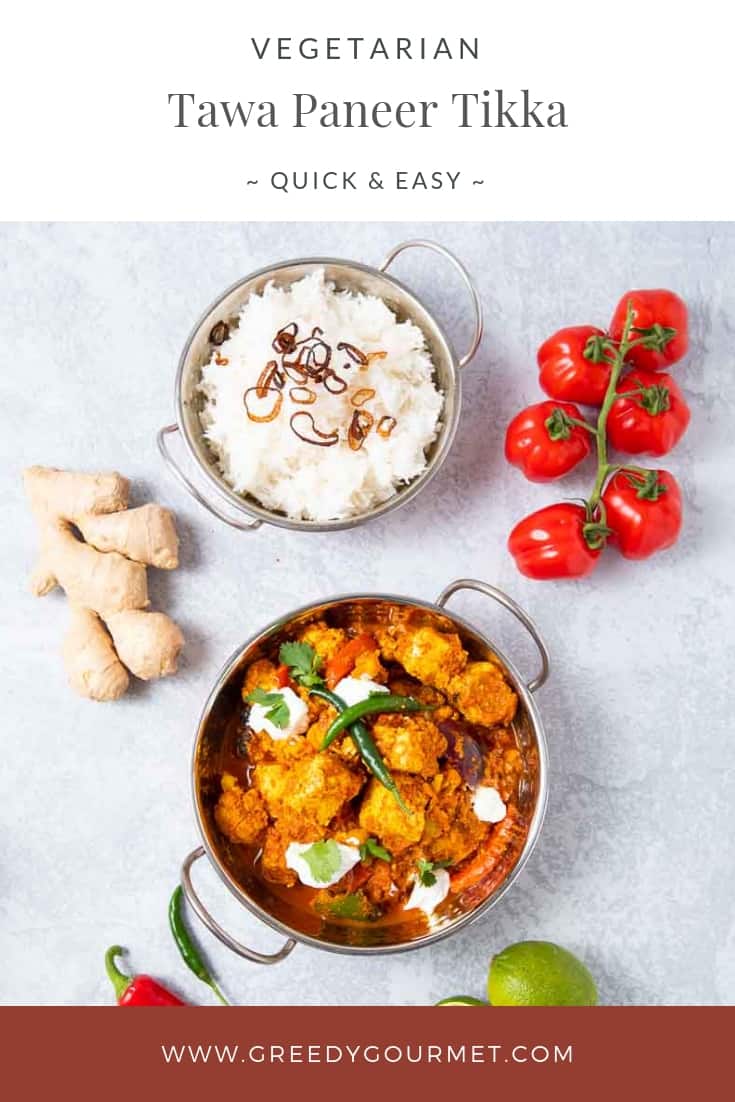