Following up from the previous post, where Dukley City Lounge was reviewed, let’s talk about misconceptions. There are plenty of them all around the world. Let’s do a quick geography quiz. 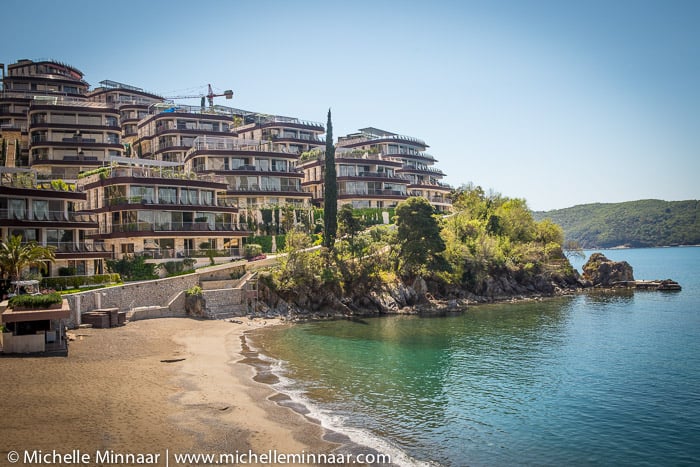 What’s the capital of South Africa? I’ve lost count how many times people thought that the correct answer is Johannesburg. Other examples:

Misconceptions are a combination of ignorance and insufficient information. Without the latter you have to resort to forming your own opinions, no matter how incorrect they might be. Here’s one of mine, before internet existed.

Back in the day when I breathed, ate and slept chess I had many chess coaches and ended up with a Yugoslavian who fled the country during its time of turmoil. Although South Africa has got its first world spots it is a third world country and remains a mess. One thing that is a sure constant is the weather. It’s brilliant and we know it and can’t help sometimes but gloat in the face of foreigners from less fortunately countries weather-wise. 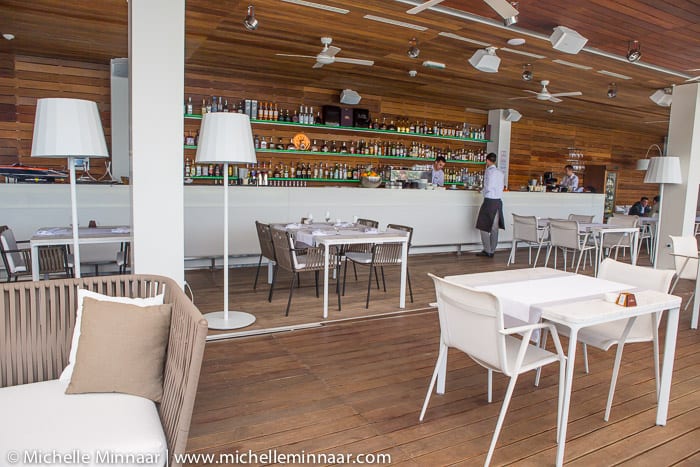 Yet, adults and children alike were in awe yet perplexed at how incredibly well chess players from Russia and other east European countries could play and most of the time beat us with ease. What was their secret?

Somehow, for some reason, our collective consciousness came to the conclusion that these countries must be covered in snow for eleven out of the twelve months of the year and since it’s to cold outside, they have no choice but to stay indoors and amuse themselves with games of chess. I kid you not. We all believed it.

When I relayed this information to my coach, he looked at me incredulously as if I just turned into a pink rabbit that jumped out of a magician’s hat. Indignant and deeply patriotic he ridiculed this notion and passionately said his country is beautiful and people play football and do loads of other things outside. Their world doesn’t revolve around chess. Oh. I listened but dismissed his claims, feeling a little sorry for him.

Well, the time has come to eat my hat. As we flew in from Belgrade to Tivat, the breathtaking scenery was overwhelming. Yes, there were snow on the mountains but in April the weather was as warm as a British summer (if there is one). In summer temperatures reach up to 40°C but fortunately, it’s a dry heat and the main tourists are from Russia and neighbouring countries.

The population of Budva is 30 000 but in summer months it reaches 100 000. There are plenty of small cafes around where people get together for drinks and coffee. Food-wise there is one place that’s a must and that’s Dukley Beach Lounge. How could you simply beat this stunning view?

Exciting cocktails are to be had and if you’re peckish the food is rather good as well.

Our starter was Lamb Terrine with Spicy Hummous, Tomato Chutney and Pickled Cucumber Salad. Lamb terrine is a rarity on menus and makes a refreshing change from its well-trodden smoked salmon hand ham hock counterparts. It was a sizeable portion and might as well have been a main course.

Next up was meaty turbot served with a rectangle of polenta topped with goat’s cheese. The acidic sauce with gherkins and caperberries worked very well with the two aforementioned elements and I particularly liked the preserved pieces of lemon that lent sweetness to the dish.

The head chef is Durga Misra from India, who used to work under Eric Chavot at his one Michelin starred restaurant in London, Brasserie Chavot. Starter prices begin at €6 and go up to €18. Main courses and desserts hover below the €30 and €10 mark, respectively. 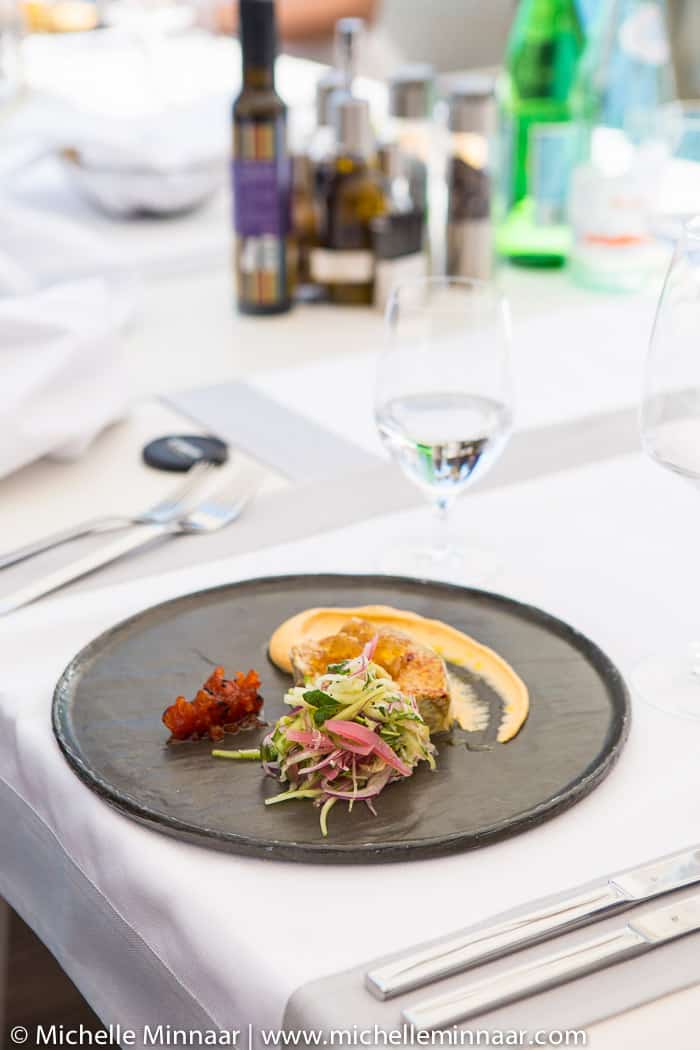 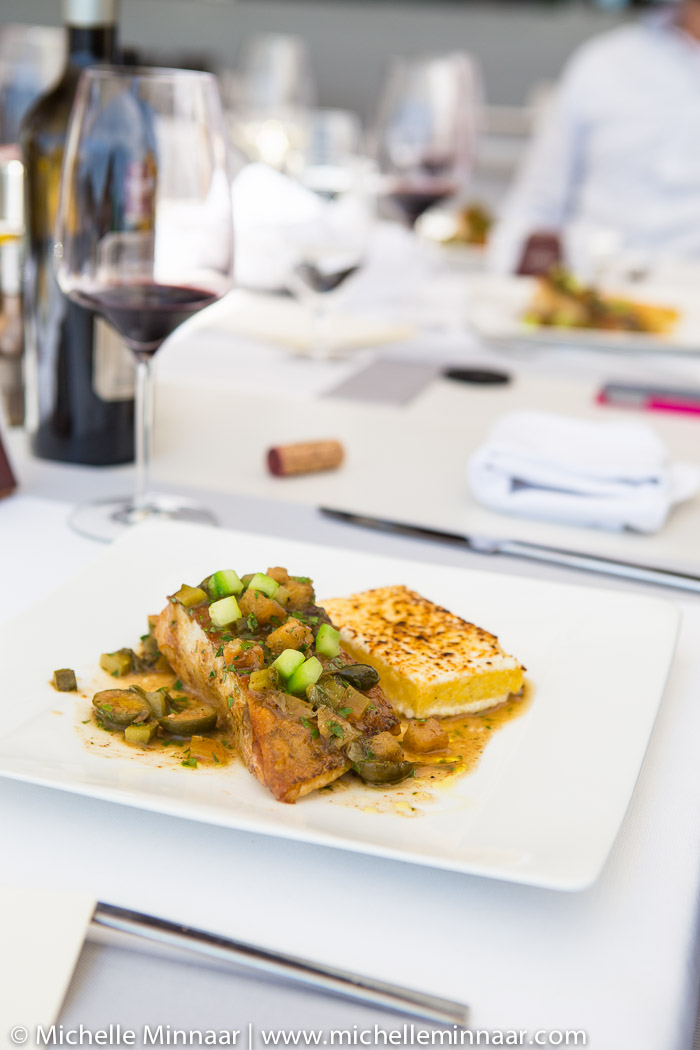 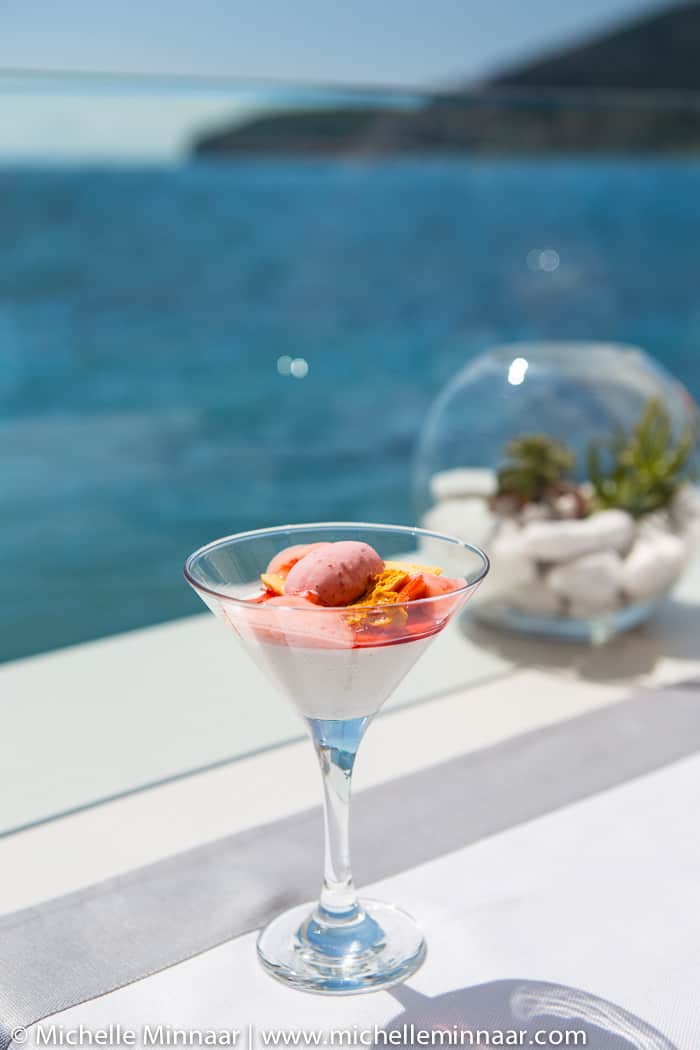 The Dukley City Lounge in Belgrade and Dukley Beach Lounge in Budva form part of the same group but Dukley’s area of expertise is actually real estate development. If you check out the first photo you’ll see Dukley Gardens, its latest project. These are luxurious apartments that have almost been completed, perfect for the discerning buyer who loves quality and beauty. Dukley Residences are still in the pipeline and the Marina should be finished by the end of May.

Have you ever visited Montenegro? If so, what did you think? If not, why not?

Want to hear more? Go to my friend, Jeanne’s, website to read her point of view.

P.S. For those of you still scratching your heads about the capitals. Answers: Pretoria, Washington D.C., Sau Paolo and Canberra.

I was a guest of Dukley Beach Lounge.