You are here: Home / Reviews / Food Festivals / All I Want: Food Safari in London

The pleasingly textured envelope I held in my hands made every person who ever sent me a letter look like a cheapskate. Eagerly I opened it and took out four stiff cards.

As the red VIP sticker suggested, I felt special indeed. What’s more, at the back of each card is a recipe of a signature dish of each restaurant. This was one event I was definitely not going to miss. 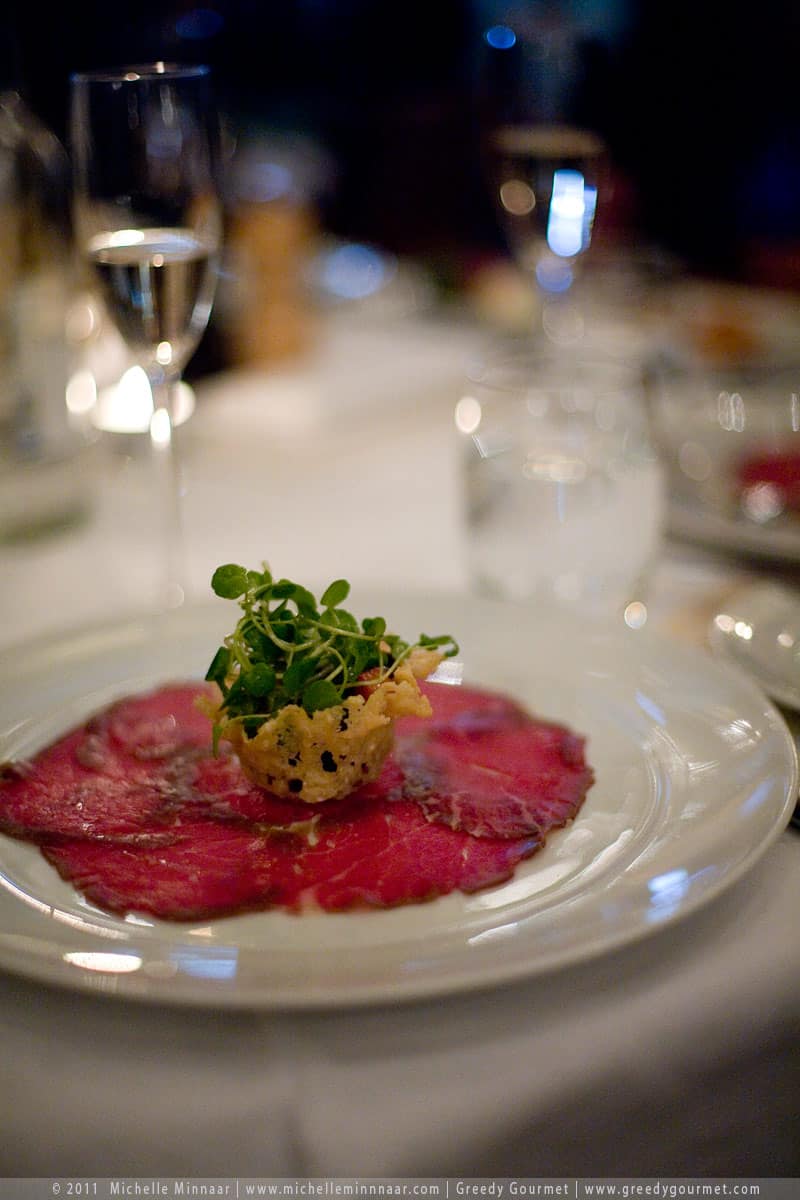 My breath was taken away as I walked into The Criterion. The architecture is neo-Byzantine and the building dates back to 1873. With champagne in hand, this is pure old-style glamour. Shame about the hackneyed Andrew Lloyd Webber tracks that played in the background. As you can see the Beef Carpaccio was stunningly presented and each ingredient expertly prepared. Yet somehow the flavour combination of the beef, beetroot and difficult-to-eat cheese basket just didn’t work for me. Onwards! 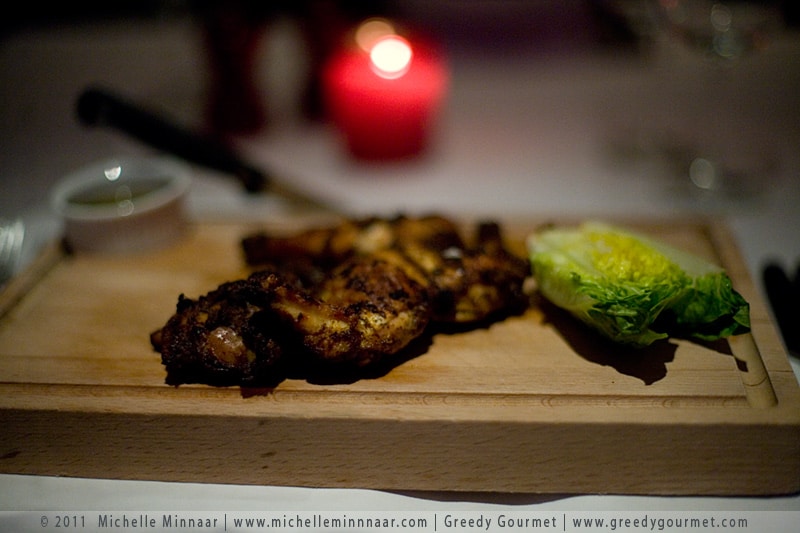 A short walk later we arrived at Floridita and literally sashayed down the stairs where a live band was awaiting us. Although the Latin music definitely got us into the celebratory mood, my hearing aids got kicked out by my ear drums. After consuming terrible mojitos lately at various establishments in London, I can safely say Floridita serves one of the better ones out there.

Food-wise, the potato puree arrived 10 minutes after my main course was served and the pancetta was missing. Yet at the first bite of my chicken all was forgiven. Spicy, crispy skin and juicy meat on the inside. Just…perfect. 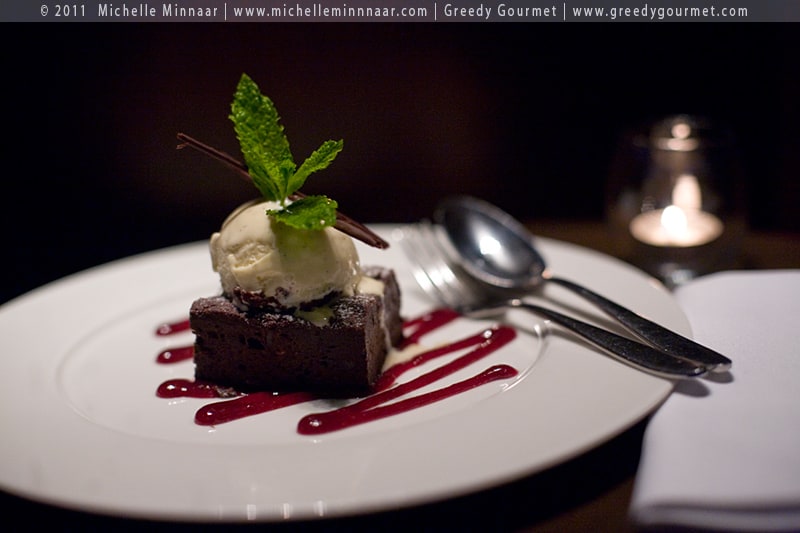 Bellies full, slightly tipsy and in good moods we stumbled along to No.20, Sanctum Soho Hotel’s restaurant. Definitely upmarket, the atmosphere has more of a laidback vibe than an uptight one. A warm, sexy, squidgy, widgy chocolate brownie magically appeared – and mysteriously disappeared a few minutes later. A truly unmissable dessert. More champagne was welcomed with open arms.

Happy-go-lucky, well-oiled and on a sugar high we reached our last stop for the night, Cocoon, for one last drink before setting off home. My Oriental Mule was definitely outshone by my companions’ Jasmine Fizz and Passion Flower. Exhausted but happy I bade my new friends farewell, ran for the train and made it within one minute before it left the platform. What a night!

When was the last time you’ve visited four restaurants in one evening? It’s a first for me anyway. All of them are within walking distance of each other and are situated in London’s Soho. The idea is to let you explore an area of London in one evening and enjoy the cherry-picked restaurants’ best offerings without you having to make all the arrangements yourself. At times I felt like a princess indeed!

On a corporate level, I can see how companies would lap up these events to treat their clients and employees. However, as a regular visitor to London or should I say “tourist” I would have appreciated a theme for the evening except that all the sites were in the Soho region. Something like a “French Food” night or “Restaurants in Historical Buildings”. A bit of history/trivia on our little escapade would have been appreciated.

Considering no booking hassles, the upmarket venues, good food and that drinks (one with each course, extras should be paid for) are all covered, £89 is good value. Parties of two to eight are catered for but any larger groups can also be accommodated. Planned safaris for other areas, like Chelsea and Mayfair, are in the pipeline. Of course, customised safaris are also available!

P.S. I was a guest of All I Want this evening.