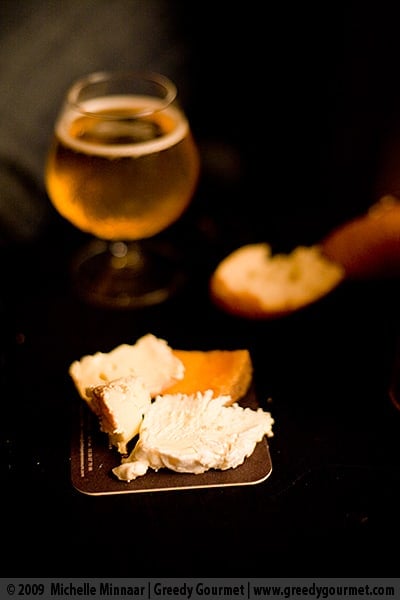 As if we haven’t eaten enough already we got up from the table, took what felt like a few steps and plopped ourself in a beer cellar not far away. This time we were treated to tasting speciality beers specifically from the Northern France region.

All I can say is that I admire this guy’s passion for what he does. He is the head of France’s version of CAMRA and there doesn’t exist a trick question you can catch him out with. Unfortunately, I’m not an avid beer drinker (or a big drinker for that matter) and after a few sips my toenails curled backwards of all the bitterness. He looked hurt when I turned down the rest of the beer, which made me feel guilty because really, it’s nothing personal.

Here are five of some of the ingredients used in beer of which I can only remember Hops and Barley. Having gotten up so early was starting to take its toll. 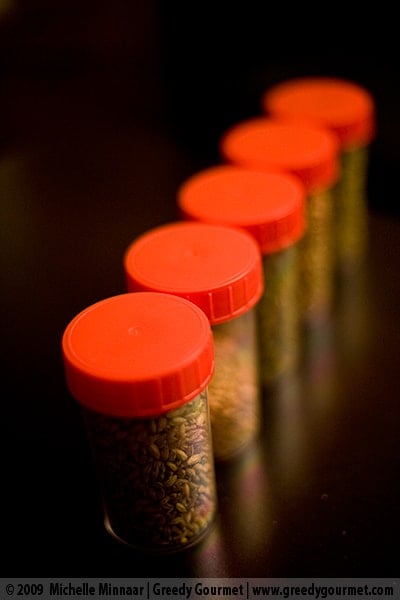 We were also lucky enough to try four local cheese from Fromagerie Philippe Olivier which were Maroilles, Cremet du cap-blanc-nez, Crayeux de Roncq and Mimolette. Very strong and pungent but enjoyable nonetheless. The Maroilles was the crowd’s favourite.

Afterwards the mysteriously happy bunch of bloggers went for a stroll in the cobbled streets making last minute purchases before dashing for the train. And guess what? Yet another three course meal awaited us.

By this time my stomach was yelling: “No more, no more!” but after an Alka Seltzer and Paracetemol I was good to go again. What type of food blogger would I be if I didn’t try everything?

The starter was Mixed Salad leaves with garden peas and almonds. The peas were not fresh but instead thawed from frozen and the slivered almonds limp. A disaster. 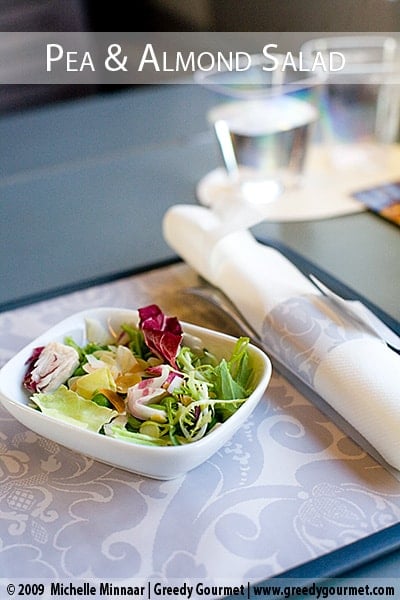 For the main course we had a choice between Minced lamb with wild thyme, spinach with cream, red pepper and mashed potato or Spinach and ricotta tortellini with aubergines, pesto and tomato coulis. The first thought that entered my head when the dish was uncovered was that this must be the equivalent of the notorious British school dinners people keep talking about. Surprisingly, it tasted okay. No, in fact it tasted rather good! Think of it as posh Shepherd’s Pie if you like. Such a shame about the presentation though. 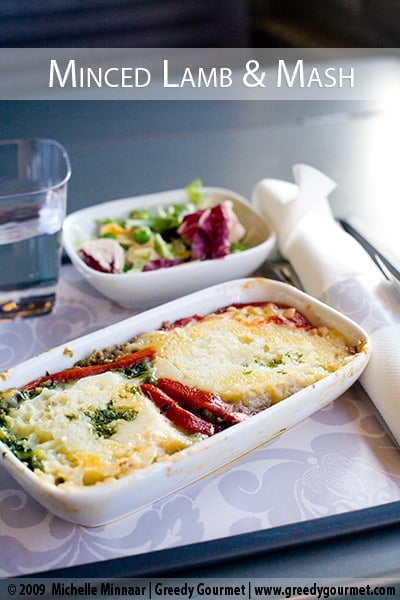 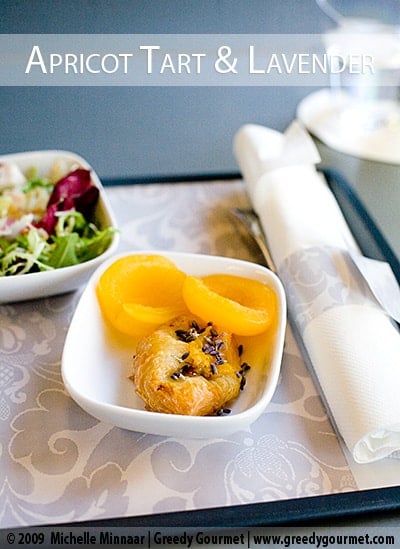 While some bloggers partied further at a champagne bar, I was completely kaput and much preferred to go home where the two men in my life eagerly awaited me.

Words can’t describe how enjoyable I found this daytrip. Everything was well organised and the trains left on time. To be honest, I had such good company that at times I forgot to take a good look around and appreciate my environment. What I do remember is the city’s quaint, narrow and cobbled streets, the well dressed citizens, the exquisite shops and excellent food. We got so much done that it felt like we spent three days there. Would I like to go back again? YES!

Eurostar operates up to 10 daily services from London St Pancras International to Lille with return fares from £55. Tickets are available from eurostar.com or 08705 186 186. Fastest London-Lille journey time is 1 hour 20 minutes. Since 11 August there has not been any extra fee for telephone bookings.

Eurostar operates up to 10 daily services from London St Pancras International to Brussels with return fares from £59. All Eurostar tickets to Brussels are valid to/from any Belgian station at no extra cost. Tickets are available from eurostar.com or 08705 186 186. Fastest London-Brussels journey time is 1h51 minutes. Since 11 August there has not been any extra fee for telephone bookings.

Eurostar operates up to 20 daily services from London St Pancras International to Paris Gare de Nord with return fares from £59.

Tickets are available from eurostar.com or 08705 186 186. Fastest London-Paris journey time is 2hr 15 minutes. Since 11 August there has not been any extra fee for telephone bookings.