Recently pizza may have topped the polls for Britain’s preferred takeaway food but Chicken Tikka Masala is still a firm favourite.

Anyone who has ever eaten it would understand why – tender and moist cubes of marinated chicken in a creamy yet not too spicy sauce. The joke is although Chicken Tikka is actually authentic Indian food (which deserves a whole post later), the Masala sauce is as British as fish and chips. Murgh Makhani or Butter Chicken is the closest to Chicken Tikka Masala you will find in authentic Indian cuisine.

Just like you would find none of the items listed on a Chinese menu in actual China, British Indian food bear little resemblance to what you find in its homeland. Why? My theory is that westerners had found the eastern cuisines too exotic and chopped and changed the dishes until they suited the public’s taste. Yes, a lot of cuisines have been completely bastardised in this country.

So where does Chicken Tikka Masala come from? Here is the most popular theory that has been floating around the web for years:

In the 70’s some dude complained in a Glaswegian curry house that his meat (presumably Chicken Tikka) was all dried out and whether he could have some gravy with it. The confused, ticked off, Bangladeshi chef quickly mixed some tomato soup, spices and cream together and – voila – Chicken Tikka Masala came into existence! Today almost 20 tonnes of CTM is demolished in Britain per week.

Since it is unclear where the dish originated there is no hard and fast recipe. Forty eight recipes were reviewed by the Real Curry Restaurant Guide in 1998 and the only common ingredient was chicken!

One of the reasons I started this blog was to document recipes I simply adore. It has been a journey to self-empowerment – who likes to be completely dependent on restaurants anyway to enjoy their favourite food? Chicken Tikka Masala was one of the first dishes which I wanted to master but since the “Indian” cuisine was swirled in mystery to me I didn’t have a clue how to go about it. After some research and experimenting I’ve finally done it – and boy, does it feel and taste good! The beauty of cooking the food yourself is that is works out cheaper, you’ll make it with lots of love and the necessary hygienic standards, and you can tweak it to your taste. But pretty please, guys, do let me know when you are going to prepare this delicacy because I’ll be on your doorstep in a jiffy! 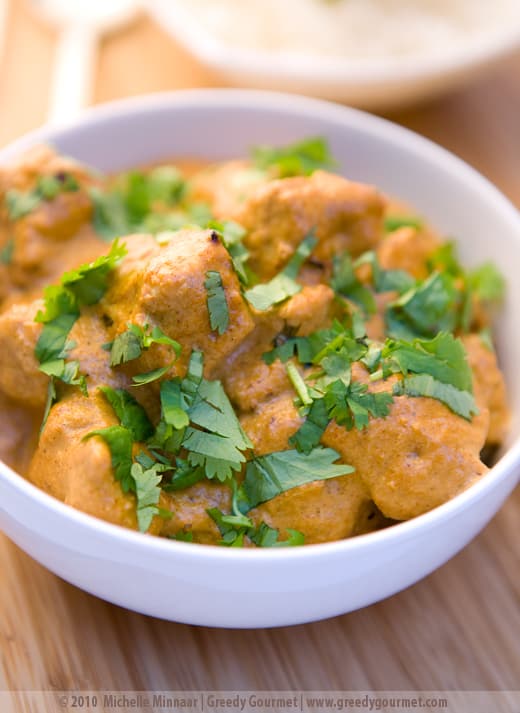