Who needs pounds if you can enjoy decadent desserts with mere pennies? This almond milk pudding recipe is one of my easiest dessert recipes. So, make sure you give this one a go and see just how easy it is to make for yourself. 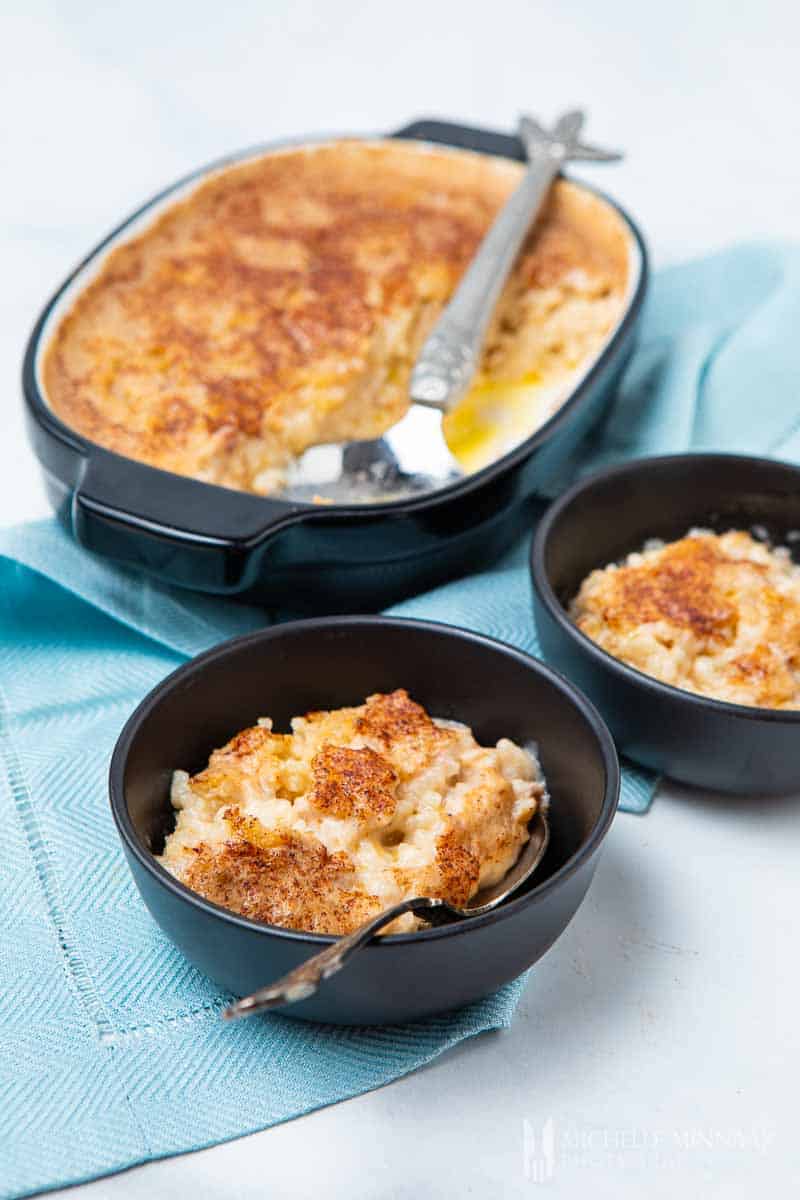 That’s right, it’s completely suitable for vegan diets. It is completely permitted to eat, not to mention extremely nutritious, for vegans and vegetarians alike. All the while, those who follow a non-vegan diet won’t even taste the difference. 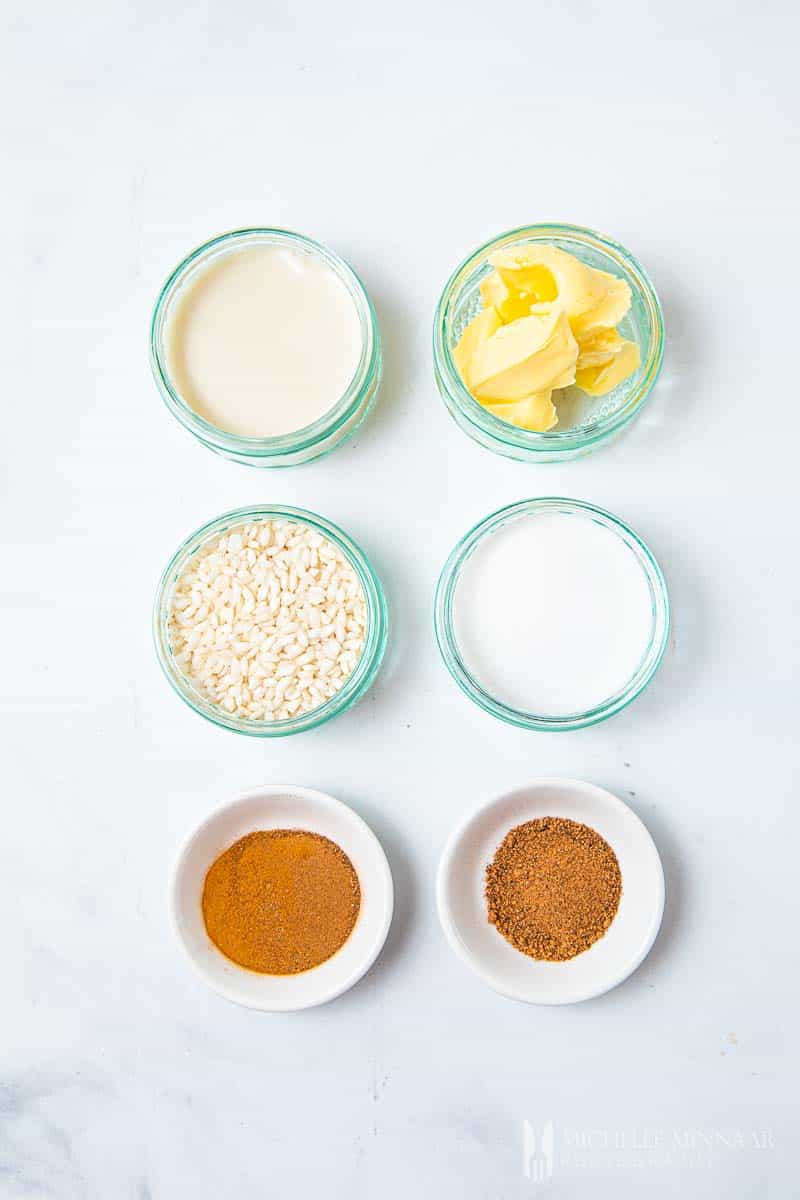 On the other hand, if you do source premium products, such as premium vanilla, you can make this almond milk rice pudding a standout recipe. So, take a look over the top things you’ll need and decide for yourself whether or not you’ve got these in your kitchen.

So, apart from all the spices, these are the essentials you’ll need to have in your kitchen.

I love using almond milk in this pudding recipe. Actually, this almond milk rice pudding is one of my favourite versions because of the subtle nuttiness of the milk.

Almond milk is a plant-based milk, which is heavily favoured in vegetarian and vegan diets. Additionally, the latter is an excellent nutritious substitute to regular milk as it usually contains lots of vitamins. For example, you can easily find high amounts of calcium, Vitamin D as well as Vitamin E. 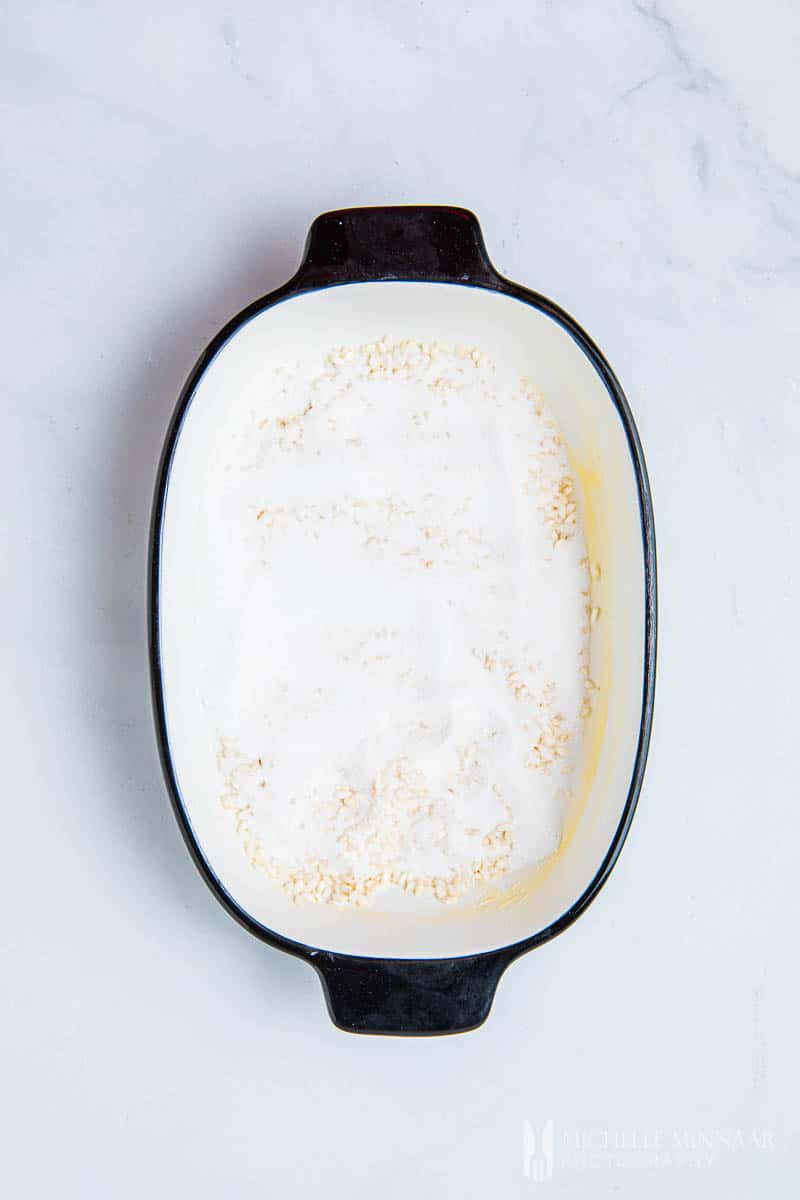 For that reason, I find myself drinking as well as cooking with almond milk a lot more. Especially since I’m really on a journey towards becoming a vegan. If you learn other fabulous almond milk recipes, like this almond milk rice pudding, check out this easy almond milk protein shake. It is a fantastic shake recipe which gives you just the right amount of energy whenever you need it. Plus it tastes delicious. Similarly, you can also give this almond milk porridge a go, which is another easy breakfast recipe.

Or, if you just love almonds, try this crunchy nutty almond brittle. 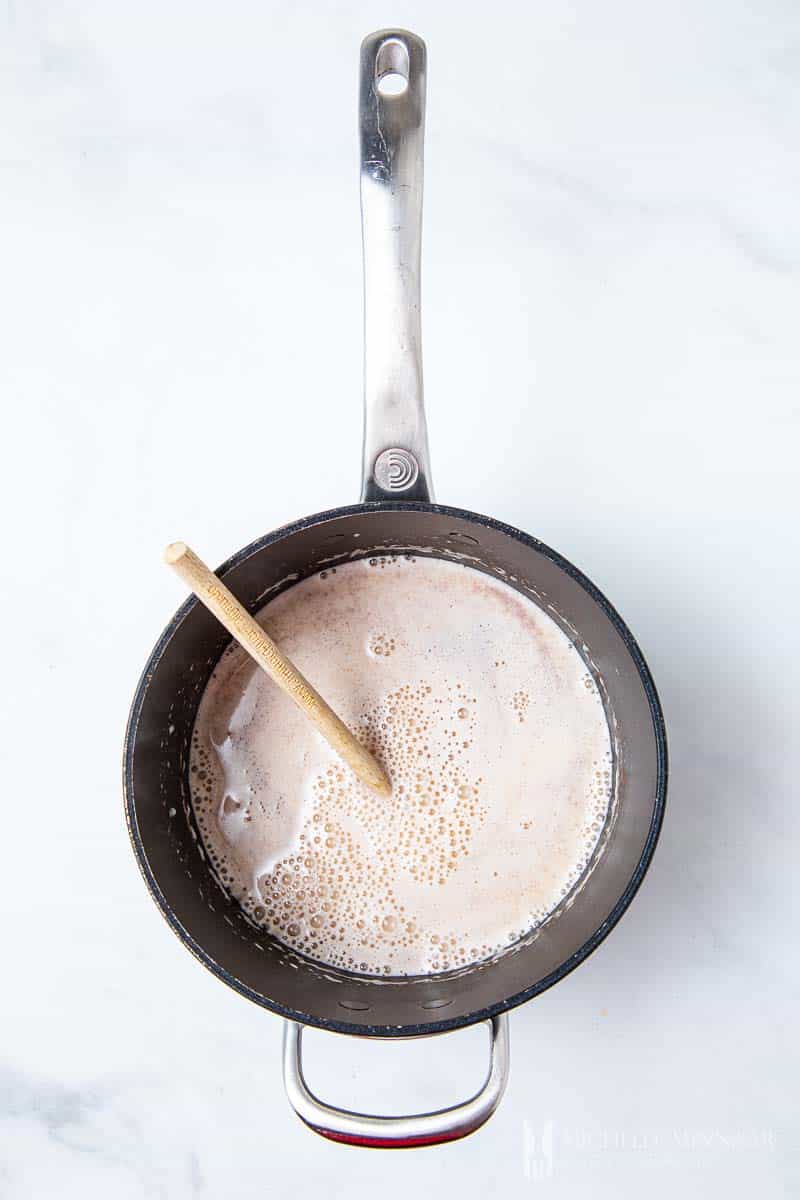 As mentioned above, you won’t be able to complete this almond milk rice pudding recipe with ordinary rice. You’ll need to source a special type of rice used for desserts. So, go for the rice labelled ‘pudding rice’, you’ll find it works best.

If you aren’t able to find this type of rice, a good substitute is Arborio rice, the one with which basic risotto is made. The rice contains a lot of starch. Furthermore, when you cook it slowly, it has a lovely creamy texture.

Lastly, if you happen to have a Scandinavian shop nearby, you can also ask for the rice which is used for making risalamande. Risalamande is a Danish almond rice pudding recipe which is actually really similar to this almond milk rice pudding. The only difference is that it doesn’t contain much cinnamon, and it is often served with a sour cherry coulis. 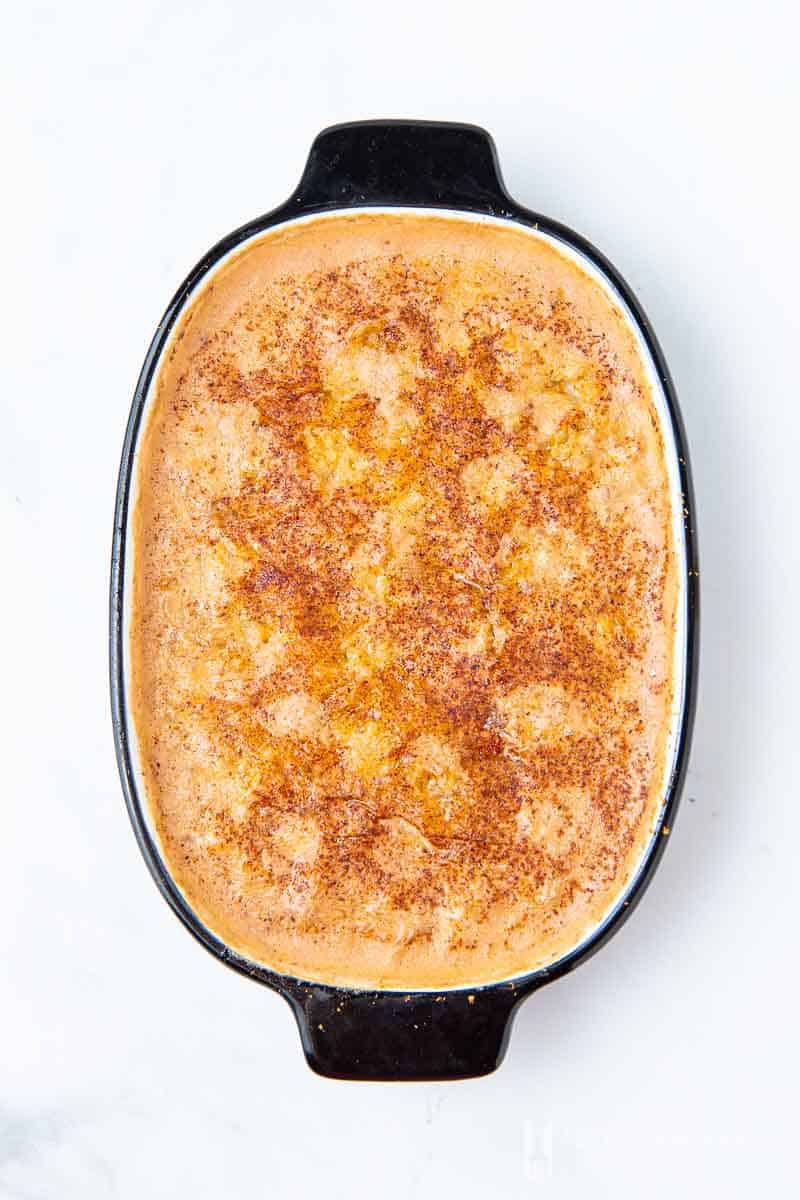 If you’re like me, by not being that keen on cow’s milk, here are some fantastic milk alternatives you can consider: 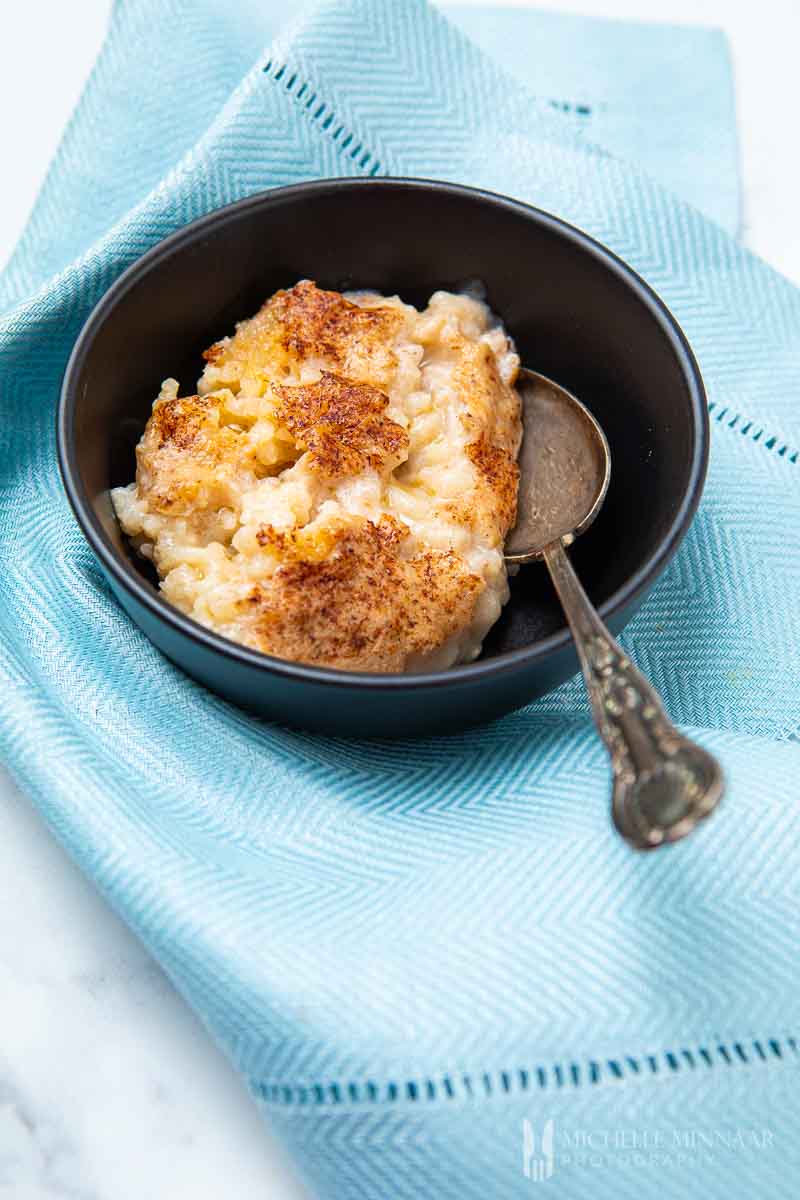 Typically, many almond milk brands are low on calories, so there is absolutely no need for you to worry about calories. Another trick to lowering the calorie count is to source sugar-free vanilla extract. Otherwise, just go heavy on the spices and you’ll be fine.

How would you serve your almond milk rice pudding recipe? Let me know in the comments section below.

Who said vegans can’t enjoy rice pudding? In this Almond Milk Rice Pudding, the almond milk can easily be substituted with other nut milks. 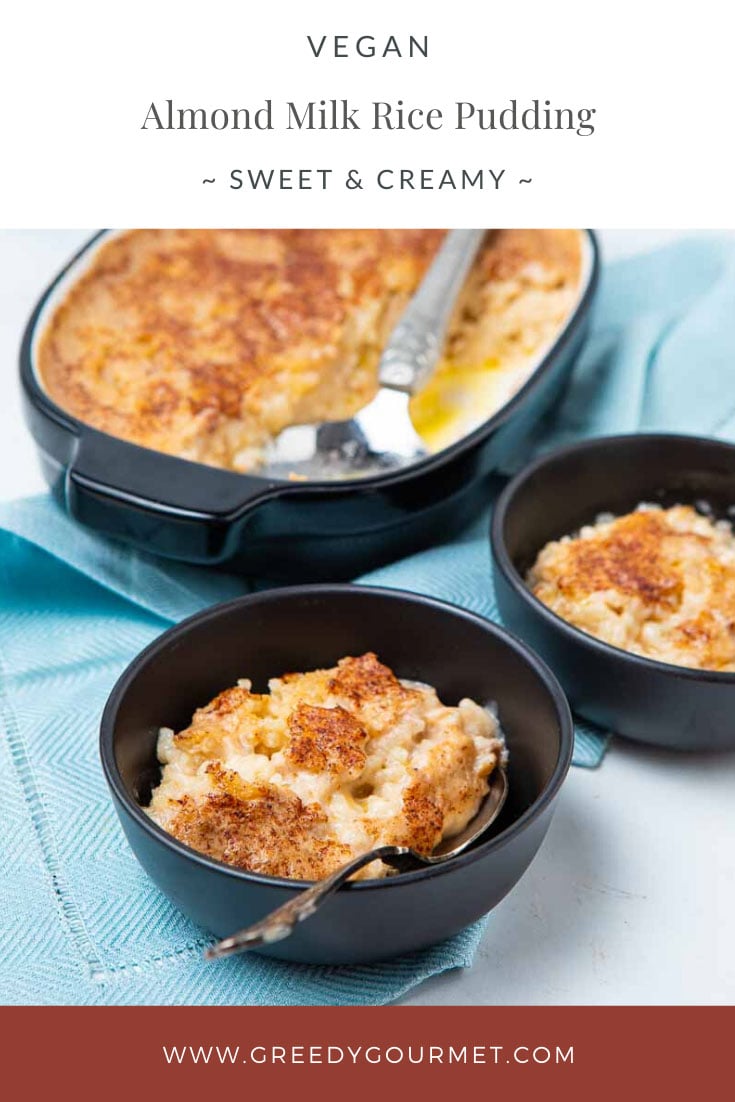