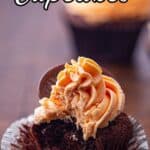 Because, few things are as joyful, as purely indulgent and as utterly scrumptious as chocolate orange cupcakes. I’m drooling over my keyboard just writing this.

So, let’s not waste any time. Let’s dive in headfirst and find out how to make these ridiculously delicious chocolate orange cupcakes!

Here are some of the essential items you’ll need at hand when you make this chocolate orange cupcakes recipe:

This one is a real people pleaser. Sure, there are some people who don’t like the flavours of chocolate and orange together.

But they don’t like puppies or ice cream either. I’m guessing you’re not one of them, or you wouldn’t be here!

Okay, so this recipe is very simple and you’ll end up with cupcakes so delicious and moreish that will last hours – if you’re lucky. You may need to hide them from the rest of the family. They’re that good.

Bake them once and you’ll have the hang of it. It’s definitely one of those recipes that you’ll try again and again.

Birthdays, Christmas. Weekends… whenever you feel like putting smiles on faces, this is the recipe!

The first thing I’ll say is get to know your oven. This recipe calls for the chocolate orange cupcakes to be baked at 175°C, but every oven is different. That’s why it’s important to get a feel for how long different recipes take in your oven and adjust the times accordingly.

You’ll start by creaming the butter with the sugar. You can use a food mixer to beat the butter – especially if you’re doubling this recipe – but by hand is fine for smaller quantities.

Don’t mix too fast or for too long – you want a controlled speed, so that you’ll end up with light, fluffy cupcakes.

You’ll then measure the flour and add baking powder. Next, an egg will be beaten into the creamed butter and sugar, along with a teaspoon of flour.

This is then repeated, one egg and one teaspoon of flour at a time. It’s my little tip to make sure you end up with a lighter mix.

Now comes the exciting part. The chocolate orange! Chocolate chunks work best, so chop that chocolate and add to the mix, along with a couple of teaspoons of freshly squeezed orange juice.

Add orange zest for a final hit of orange flavour.

Get an ice cream scoop to scoop your delicious chocolate orange cake batter into the cases. The chocolate cupcakes should take between 15-20 minutes in the oven. Check after 15… if the cupcakes are springy on top, they’re done.

Next, everyone’s favourite part… the decoration! Swirl the chocolate orange buttercream with orange extract onto the top of each of the chocolate cupcakes.

What’s the difference between a cupcake and a fairy cake?

A fairy cake is typically old-fashioned English – a light Victorian sponge topped with a small amount of icing. They are quite sweet and relatively light – think old English tea parties.

Cupcakes, on the other hand, are all about full blown decadence. They don’t hold back when it comes to flavour. Denser than their British cousins, cupcakes are normally topped with an elaborate decoration of icing.

They are also normally higher in sugar and are a lot bigger than fairy cakes.

Nowadays, the names are a lot more interchangeable than they used to be, so cupcakes and fairy cakes are mixed and matched.

How do you make chocolate orange cupcakes look professional?

It’s all about the presentation. For this chocolate orange cupcakes recipe I have sprinkled grated chocolate on top of each orange chocolate cupcake.

What makes a cupcake fluffy?

Fluffiness comes at the mixing stage. The air in your cake mixture is what’s going to give your cupcakes that lovely, light fluffy texture.

That’s why it’s so important not to overmix your cake mixture. Mix at a low speed and stop mixing as soon as all the ingredients have been properly blended together.

Why are my cupcakes gummy? 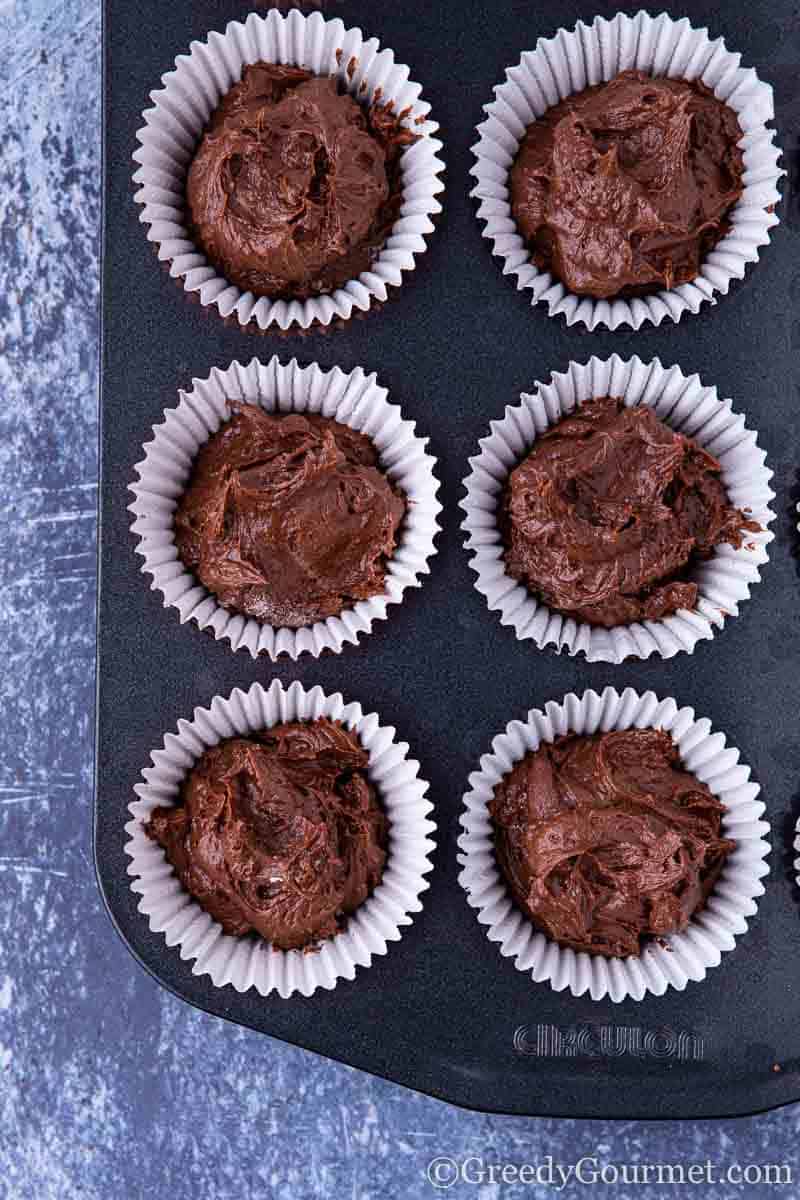 Make sure you leave your cupcakes on a wire cooling rack to cool for at least 10 minutes. If you don’t do this, the moisture at the bottom of your chocolate orange cupcakes won’t be able to escape. This will mean you’ll be left with gummy cupcakes – nobody’s idea of appetising.

Also, as I mentioned above, get the mixing right. Not too fast and definitely don’t over mix.

Why are my cupcakes dry?

This is either due to too many dry ingredients or over baking. Follow the recipe measurements below (don’t forget, you’ll need a good set of baking scales) and you won’t go wrong.

Follow the baking times and, again, you should be fine. If you do end up over-baking your cupcakes, you’ll need to adjust the baking times for the next batch. All ovens are different, so be sure to check your cupcakes after 15 minutes. They’ll be cooked when they are springy and return to shape when lightly pressed on top.

What can you use instead of orange extract?

If you can’t get hold of orange extract, double the amount of orange zest called for in this recipe. You could also use a teaspoon of orange liqueur, for a boozy little twist.

What can you use instead of cupcake cases?

If you forget to buy cupcakes cases, or you can’t get hold of them, there are a few alternatives:

You can use foil or baking paper to make your own cupcake cases. Just cut them into 4×4 inch squares, place each square over each cupcake compartment and mould it into place (use the bottom of a small glass to twist it into shape).

Once your chocolate orange cupcakes are baked, they’ll be really easy to take out of the cupcake tray.

You could also simply grease each cupcake compartment with butter.

Cupcake Cookbooks You will Love

If you had fun baking up these bad boys, check out these other irresistible cupcake recipes:

Want to make chopping of the chocolate a breeze? Use a Zyliss Easy Pull Food Processor.