Despite being well known in New Zealand, ‘hokey pokey’ is unheard of outside this small, remote country. At the very least, I haven’t really seen it in any of the shops where I normally buy groceries in the UK. Nor have I ever seen the flavour at any ice cream parlour. However, there is no reason why you should not make hokey pokey the flavour of your summer anyway. You can simply make your own ice cream. In short, it’s super easy. 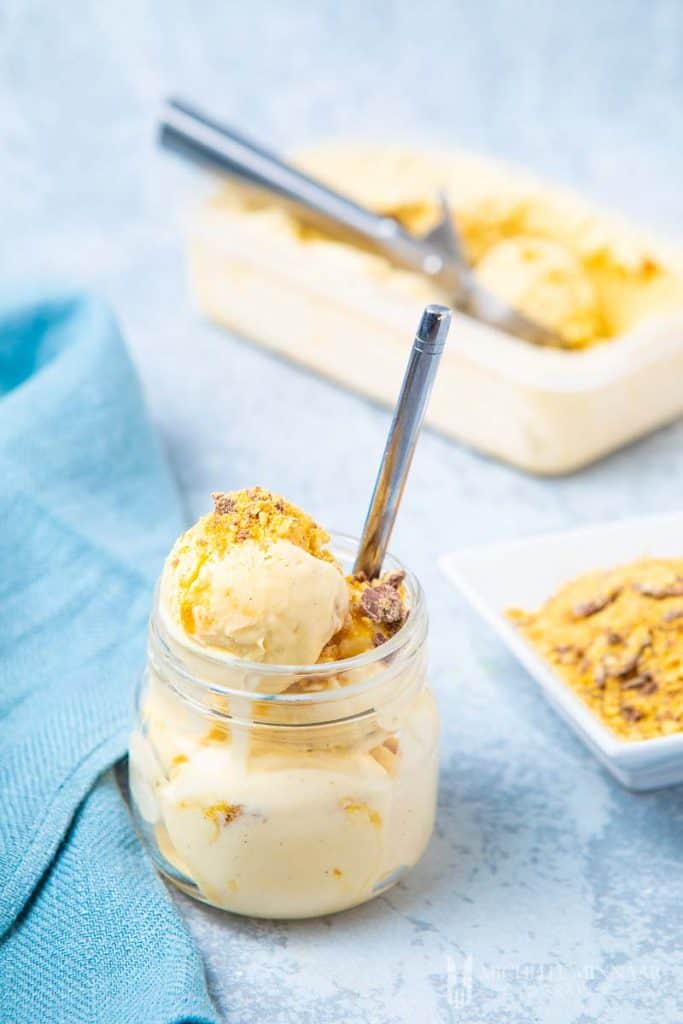 First, you will need an ice cream churner to make your own hokey pokey ice cream. That being said, I must admit that I am extremely happy with my ice cream churner. If you are a foodie with a sweet tooth, this is something that should be on your wish list. In essence, there is so much you can do with it, and most of all you can control the ingredients yourself. No more industrial additives or fake flavour enhancers. As a matter of fact, you can make your own ice cream at home with exactly the ingredients and flavours you like. 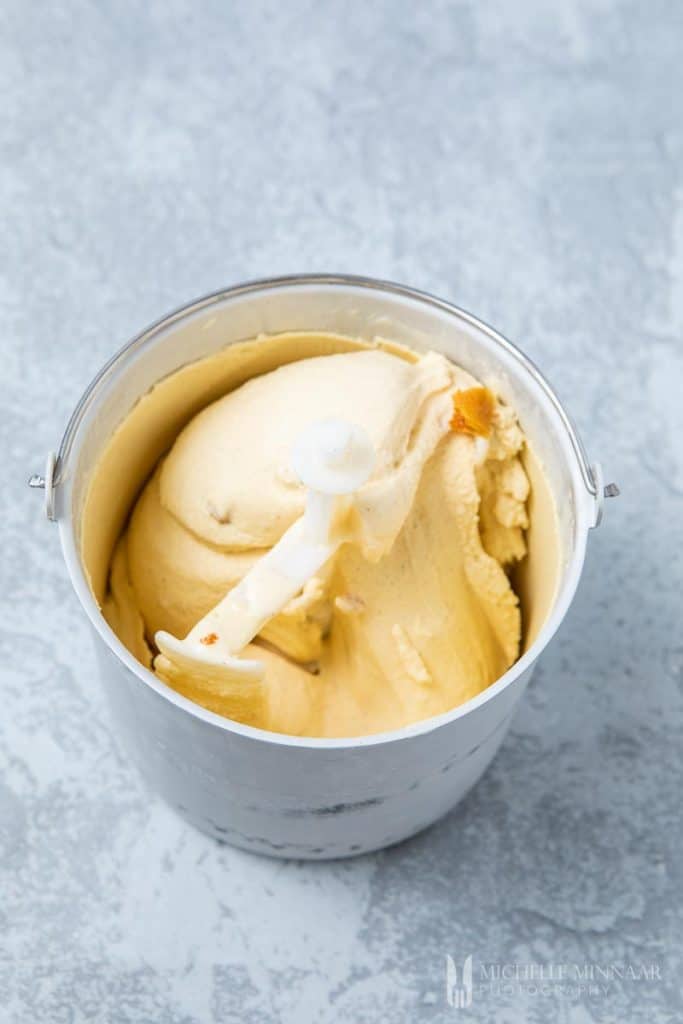 what is hokey pokey ice cream?

All in all, there is some discussion about where the phrase “hokey pokey” comes from. In several places in the English-speaking world, it was used as a slang term for ice cream sold by street vendors. Some speculate that the term is derived from the word pocco, meaning little in Italian. Since most of the ice cream vendors in the 19th and 20th century were of Italian origin, it could refer to them giving out small samples of ice cream for the customers to taste. Others say that it comes from the term “hocus pocus”, frequently used by magicians and entertainers. 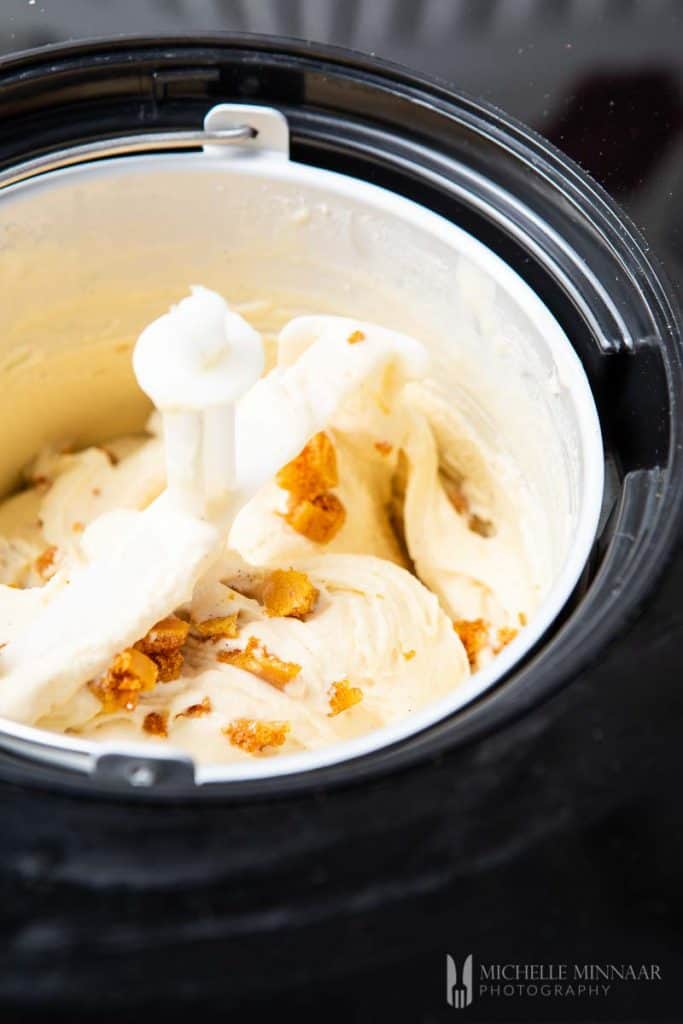 In short, hokey pokey candy simply means honeycomb toffee. Some of you may know it as cinder toffee. Hokey pokey is one if the better kept culinary secrets of New Zealand, and you might have to look around a bit to find hokey pokey candy in Britain. Some of the major brands such as Whittaker’s for example, are being exported, also to the UK. Once you start making your own ice cream, it is easy to create new flavours using your favourite candy or chocolates. For more inspiration have a look at my Ferrero rocher ice cream or this no churn peanut butter Oreo ice cream.

You might not be able to find any hokey pokey honeycomb candy in the shops. If that is the case, you can have a go at making your own honeycomb. Be warned though, this can be a bit tricky as you have to warm up the honeycomb base to a precise temperature to make it work.

I recommend you use whatever is in season as the moment, although the berries you pick should not be overly sweet in my opinion. Good suggestions would be raspberries or blackberries, which both offer a great balance between sweetness and acidity. Moreover, the vibrant colours of the fresh berries make the bowl of ice cream look even more irresistible. If berries are not your favourite thing you can serve the hokey pokey ice cream with other types of exotic fruit as well. Alternatively, simply drizzle the ice cream with a caramel sauce.

If you fancy something extraordinary, then why don’t you drizzle the ice cream with a bit of Amarula liqueur? Go check out how I served my Amarula cheesecake recipe. 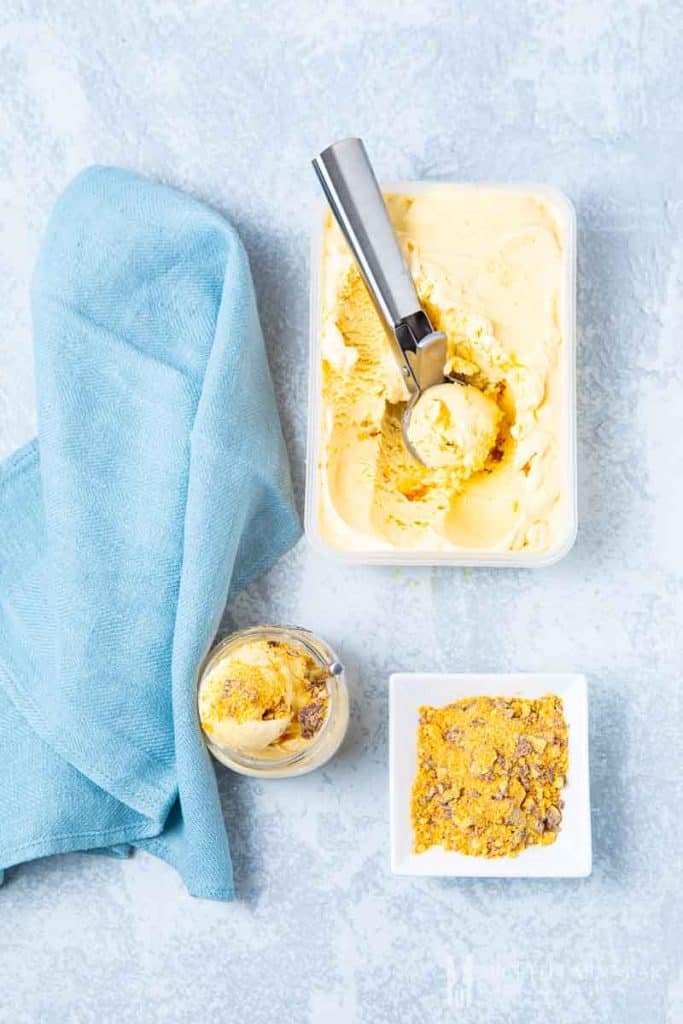 Admittedly, it takes a some time and effort to make your own ice cream. However, it is also a fun activity that you can do with your kids, who will most likely be over the moon about making their own ice cream. If you make a bigger batch than you need, you can easily store the hokey pokey ice cream in the freezer for a couple of months. If the ice cream was churned correctly there should be no ice crystals when you freeze it.

Have you heard of Hokey Pokey Ice Cream? This is a honeycomb ice cream recipe all the way from New Zealand. You’ll be hooked at the first lick! 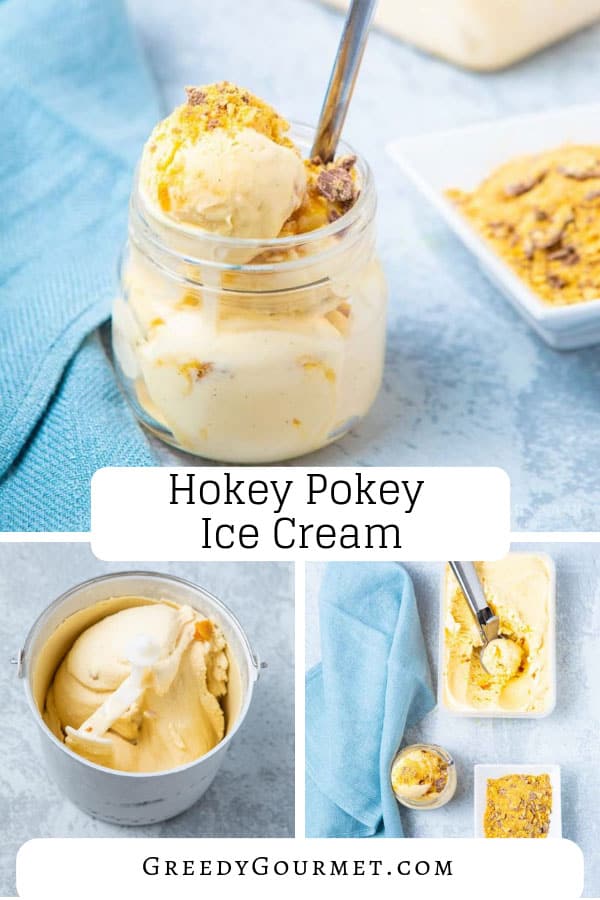