Malva pudding, also called malvapoeding or marshmallow pudding, is a traditional South African dessert. Since South African restaurants are a rarity overseas, you probably haven’t come across malva pudding until now. It is a sweet pudding recipe with a yellow sponge drenched in a decadent sauce. Generally, it also contains apricot jam, which is a classic ingredient in South African cuisine. As a finishing touch, it’s topped with either vanilla custard or fresh cream. On this occasion, my malva pudding is all kinds of special. My secret? Amarula liqueur, a drink made with marula fruit from Africa. 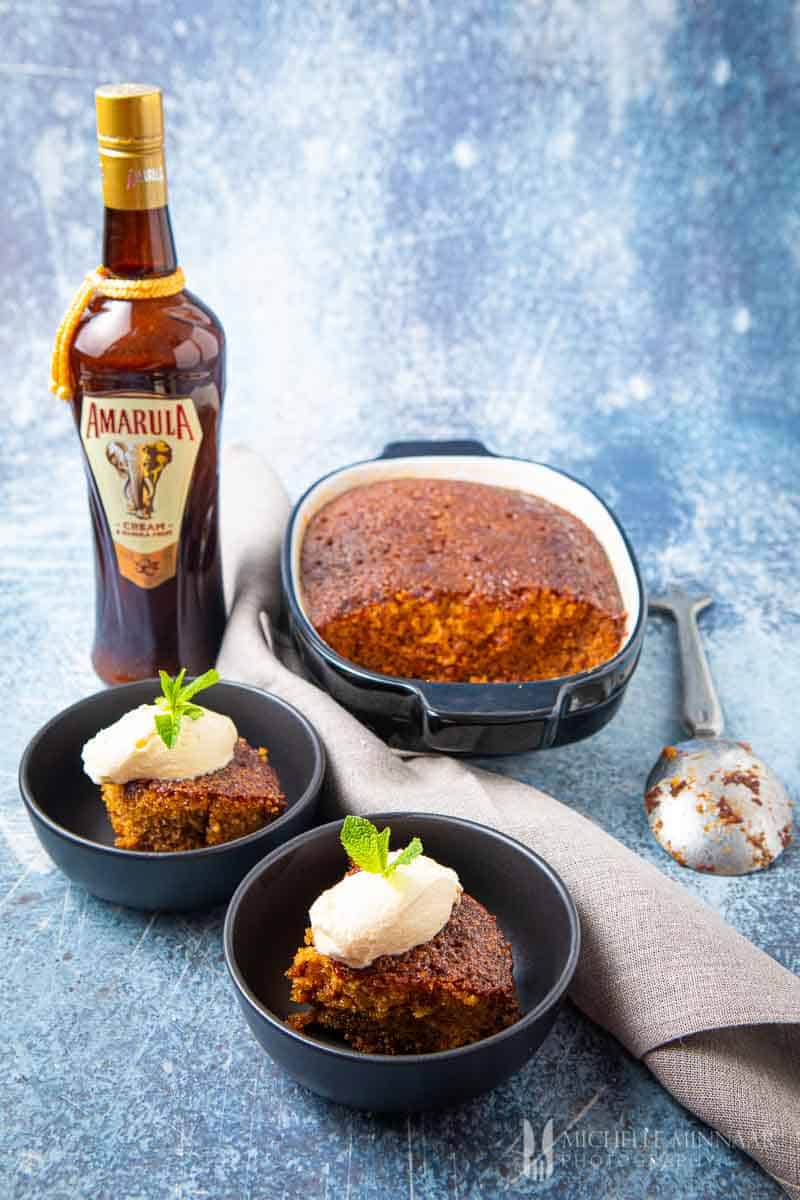 Usually, the sauce comprises butter, cream and sugar. To make it family-friendly, orange juice can be added. For the grown ups, a touch of alcohol can be used such as Amarula liqueur, sherry or your favourite liqueur.

I’ve used South Africa’s favourite liqueur before in my amazing Amarula cheesecake recipe. It’s visually stunning thanks to the vibrant colour of the liqueur and simply tastes incredible!

Amarula is a traditional cream liqueur made with marula fruit, which comes from the African Marula tree, called Sclerocarya Birrea. The Marula tree only grows in one place in the entire in the entire world. So many people tried to cultivate the tree, but have failed to succeed. This picky tree can only be found  in the sub-Equatorial region of Africa.

In African folklore legends, the tree is also known as The Elephant Tree or the Marriage Tree. Many tribes have acknowledged that that the tree and its fruit has aphrodisiac qualities. Believed to be fit for royalty, this tree is protected by African law, just like elephants.

The Marula tree only bears fruit once a year at the peak of summer. What’s best that this magical tree is that it attracts elephants. They travel for miles to eat from it. This is also a signal to farmers that the harvest can commence, otherwise the elephants wouldn’t leave any fruit for anyone else!

So, once the Marula fruit has ripened, it is harvested and stoned. In fact, the way the spirit is distilled is very similar to the winemaking process. It ages for approximately two years in French oak, which is where it gets its vanilla flavour and velvety texture from.

Last year, Amarula received the 2018 Brand of the Year Award amongst many others, which has made it Africa’s most awarded cream liqueur!

To learn more about Amarula and how it’s made, click here. 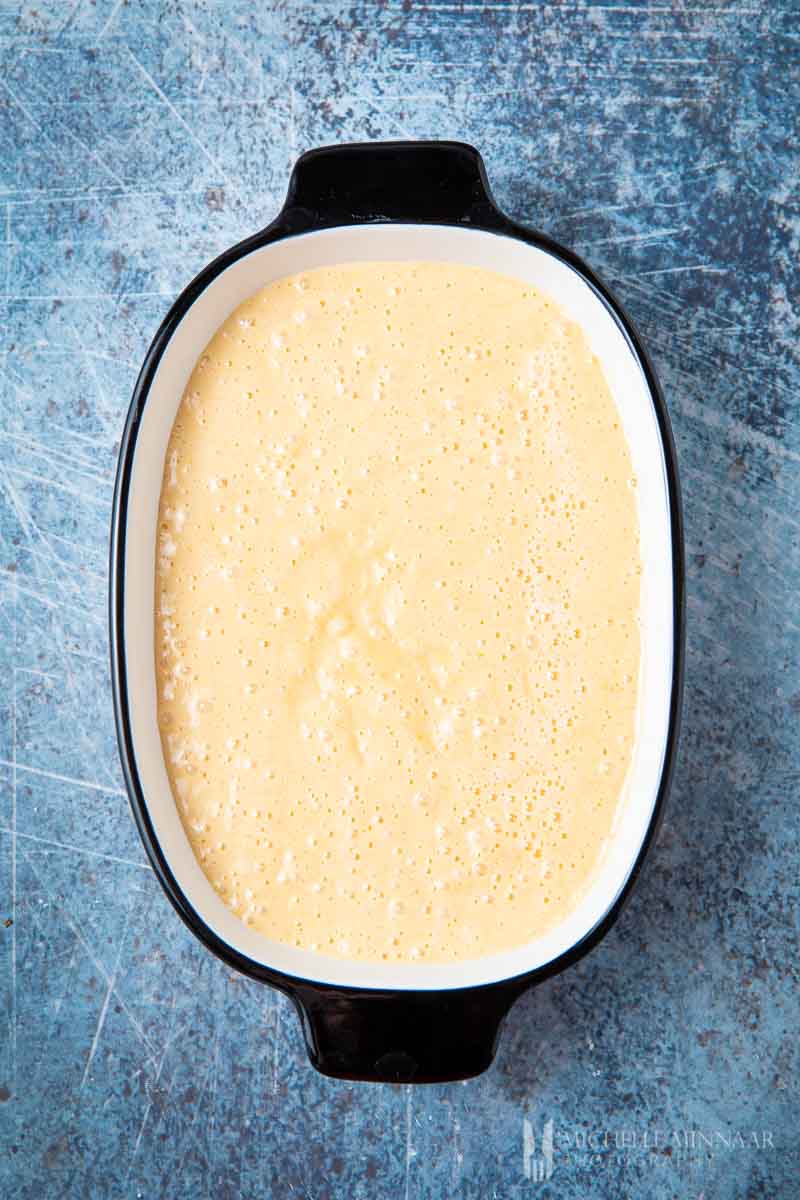 Would you believe me if I told you that malva pudding only started gaining popularity in 2006 in the USA? Back then, Oprah’s personal chef Art Smith, served it on the show for Christmas. Instantly, malva pudding became a hit in the USA, especially around the West Coast. Slowly, it became an international sensation and more people started to enjoy the South African cuisine.

Traditionally, malva pudding is made in a large baking dish. However, for cuter presentation, you can use ramekins to serve as individual portions. In this way everyone will have they own little malva pudding cake.

The key to this malva pudding recipe though is to get the texture right. Just like the name suggests, malvalekker which means marshmallow, the pudding should possess a soft texture. So make sure that you don’t over-bake the malva pudding. Otherwise, it will lose its soft texture and the taste might be compromised. If in doubt, fix it with the Amarula liqueur which will moisten it. 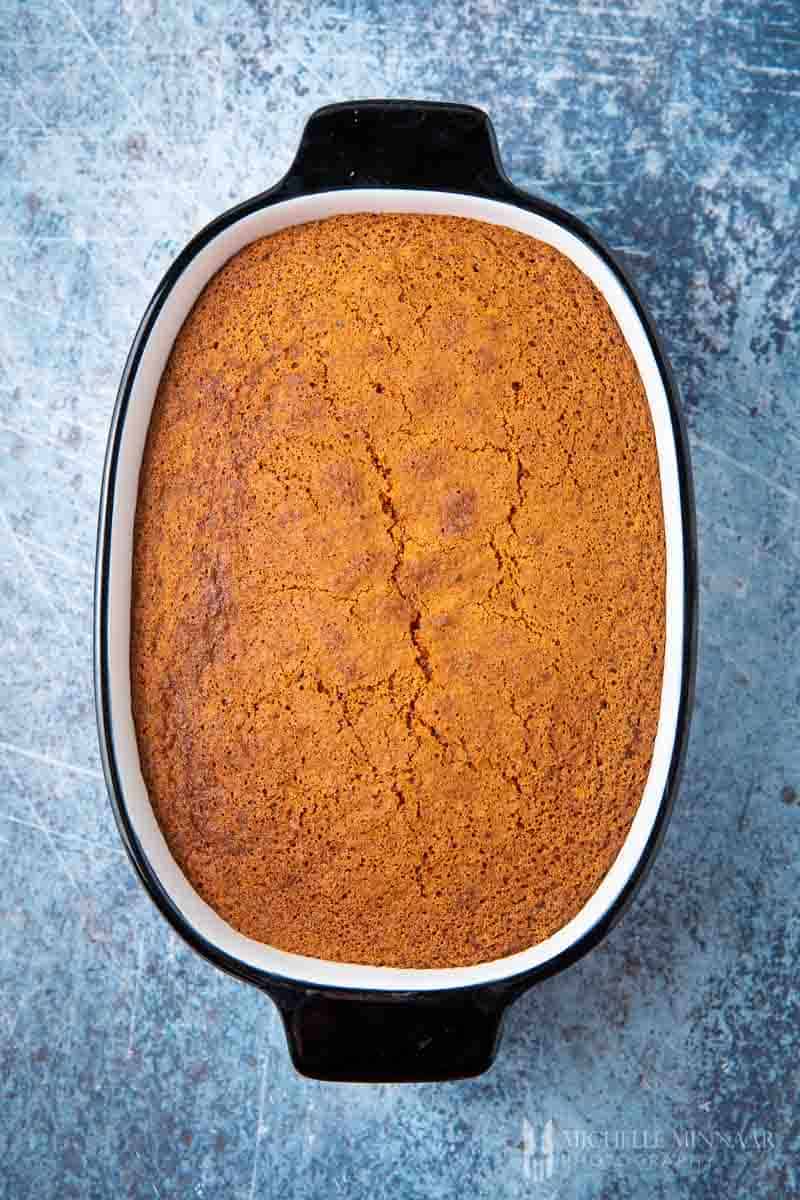 What to serve with Malva pudding

I highly recommend you to serve this malva pudding with a small glass of Amarula liqueur with ice. Beware though, this is then an adult-only dessert.

Other toppings you can consider are: 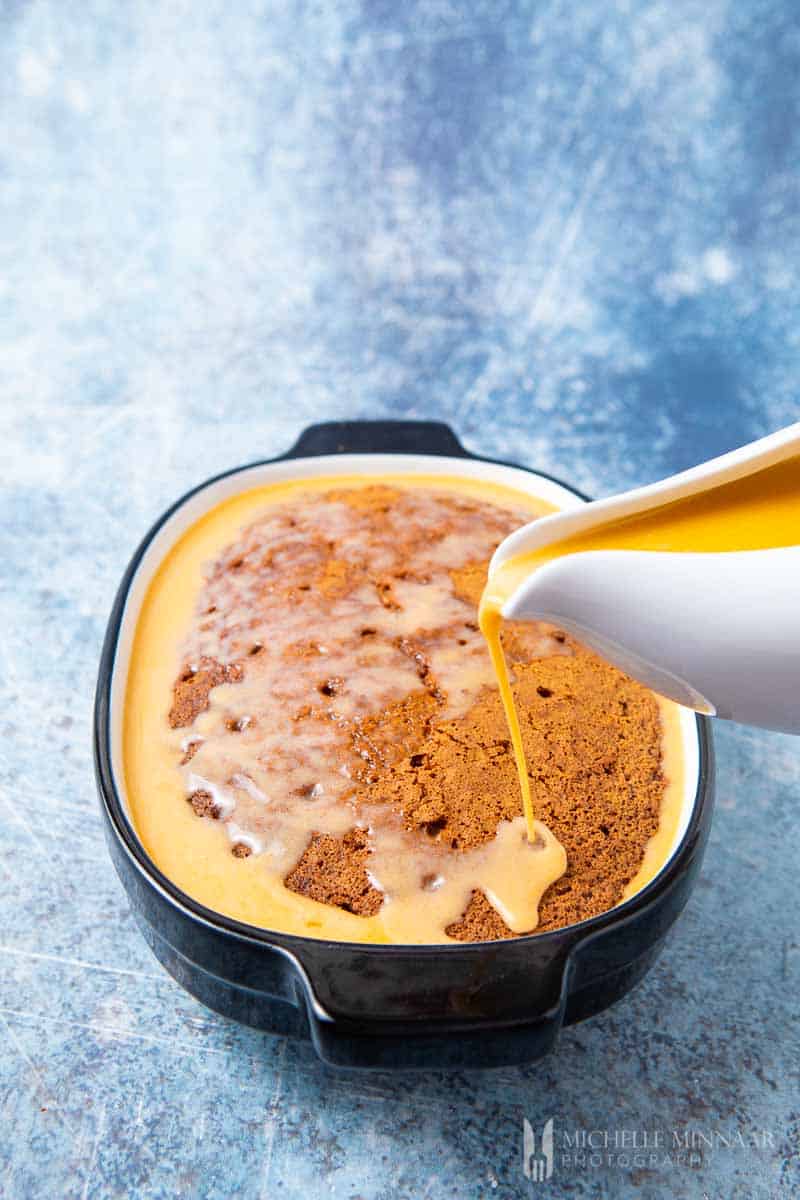 Generally speaking, South African cuisine is a mishmash of cultures due to its long history of colonisation. On the whole, can find influences from the Dutch, English, French, English, Portuguese, Bengalese, Java and Malaysian people. Of course, the indigenous people had an influence as well! As you can tell, there is always a recipe for everyone.

For instance, if you really would like to make a South African feast, try these savoury dishes: 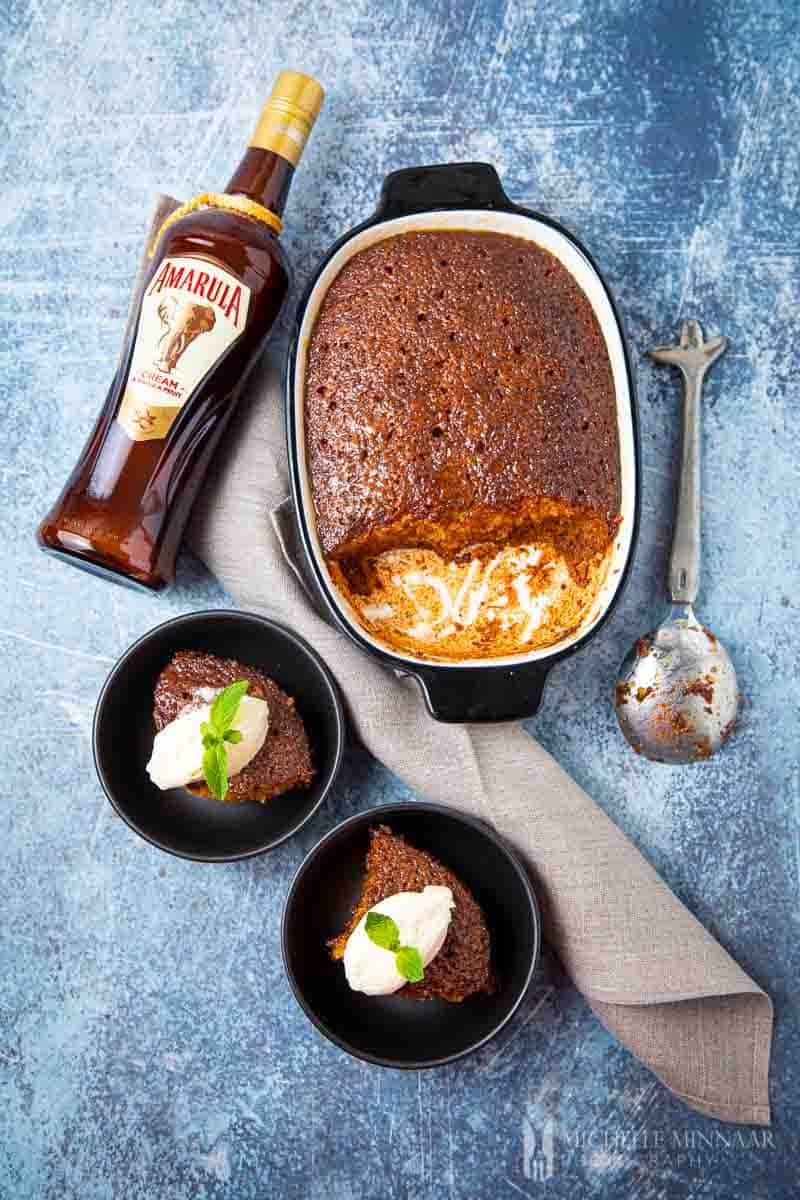 If you feel like these South African recipe are too exotic for you, then I strongly suggest you try this malva pudding first. It really does conquer the heart of any non-adventurious eater!

Have you ever had the opportunity to taste Amarula liqueur? Have you ever tried any South African dish like this malva pudding? Let me know!

This malva pudding recipe, also known as malvapoeding, is a classic South African dessert loved by many in the Rainbow Nation. You will love this easy recipe, especially with Amarula. 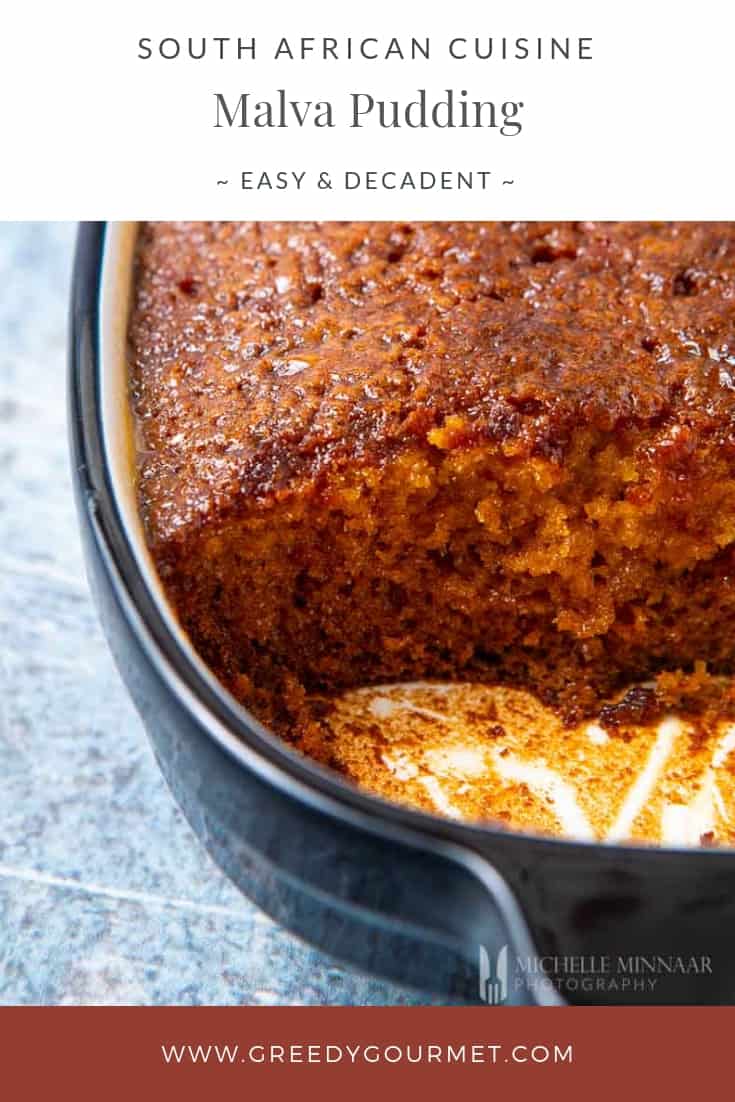