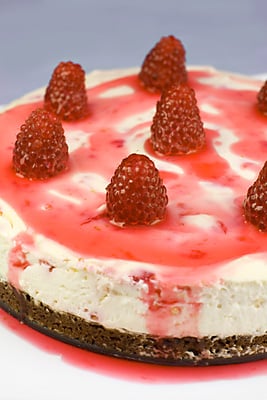 A few months ago Neil’s mother gave a transparent plastic box with some recipes in it. It was quite handy to file away the rest of the loose recipes lying around the house and the box since then has been sitting on the piano in my office. Now I can tell from personal experience branding works. No wonder that’s why companies like Coca Cola try their best to be seen everywhere because sooner or later the average Joe like you and me are going to crave the stuff like crazy. It first starts subliminally. You see the logo of Coke and think nothing of it, but after the 100th time you think ‘Ah, COKE, I WANT SOME NOW!’.

This is what happened with this cheesecake recipe. Coincidentally, the recipe at the front of the box was a Blueberry Cheesecake recipe, a leaflet supplied by BBC Good Food. Every week I refer to the recipe box while doing meal planning for the week ahead and setting up a shopping list. Week in and week out the blueberry cheesecake winked at me until I could no longer resist. Cheesecake….cheesecake….CHEESECAKE!! While I’m not much of a dessert fan, this cake is truly luscious and easy to prepare. Neil grumbled a bit about not liking cheesecake much, but ended up eating more than half of it, so this berry delight truly went down a storm. 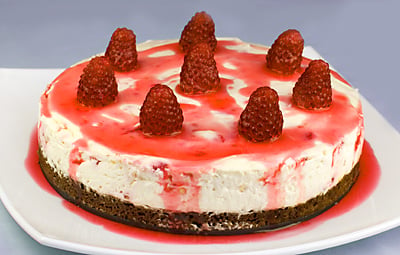