the 5 best andouille sausage substitutes you need to know about

Although the French claim that they are the creators of this mysterious sausage. Other countries that have strong ties to the andouille sausages are the Germans, and the U.S. Apparently, the sausage was brought in by French immigrants into the state of Louisiana who would then incorporate it into their Creole cuisine.

There are two types of andouille sausages. The first being the French andouille. It is greyish in colour and has a very unique and distinct odor. A fair warning to those who might want to try the andouille sausage. Don’t let the odor turn you away.

First and foremost, you might be wondering what is the difference between an andouille and a sausage. Well, andouille is a type of sausage. Normal sausage is usually out of ground meat. In comparison, the andouille sausage is more chunky because of the chopped pork. 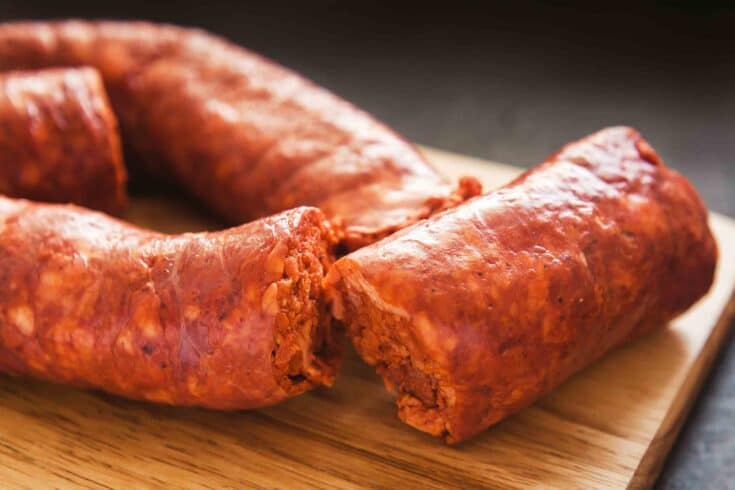 The European chorizo is fermented as well as smoked. It is also cured, so you can eat slices of European sausages without cooking it. Make sure you include it in a ham, cheese and sausage platter instead of the andouille sausage. Otherwise, the Mexican chorizo is one of the best substitutes for these recipes:

You can also make jambalaya recipes and other Cajun or Creole recipes. It works well will any recipe where you cook the sausage. 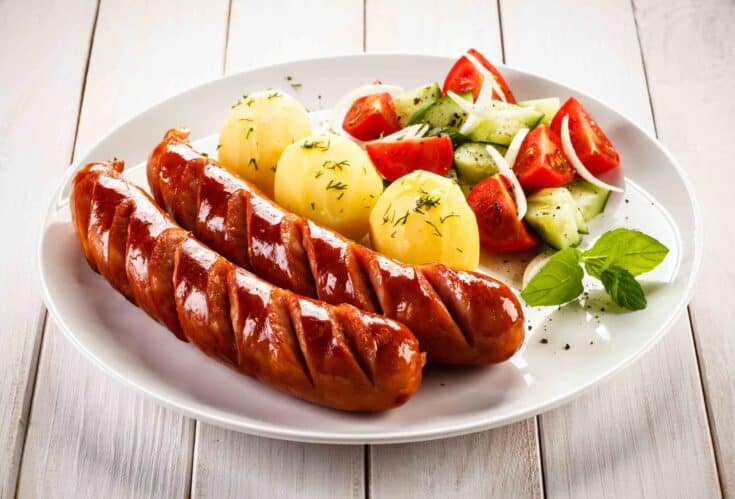 Kielbasa or klobasa sausage is also a type of a smoked sausage from Poland. However, you can easily find it in the other neighbouring countries like Slovakia, Czech Republic and Hungary. It is often made with pork but you can also find it with beef, lamb, chicken or veal. It is not as distinct as the andouille sausage, but it still is one of the top andouille sausage substitutes because of its rich flavour. You can substitute kielbasa when you make these

The best types of kielbasas are the ones that are homemade. Usually, the families recycle a generations’ old recipe. Plus they smoke the sausages themselves. 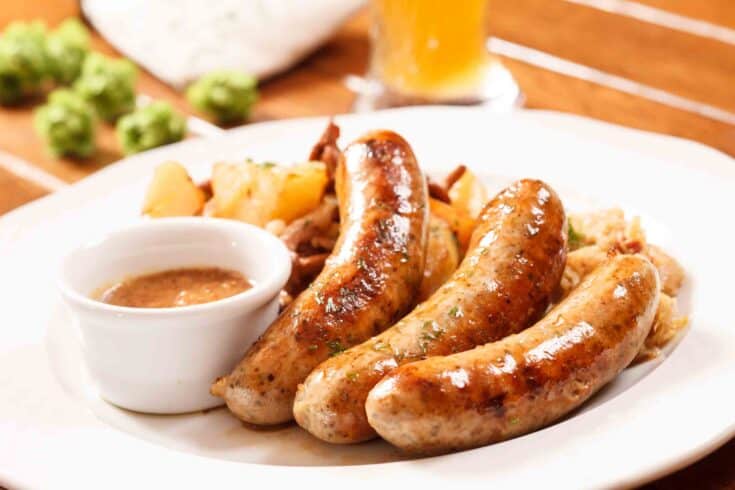 The bratwurst sausage is the typical Geman sausage. The most common variety is the pork bratwurst. However you can also find it in veal and beef versions. Apart from the different types of meat, there are also different types of bratwurst which are specific to some cities. Click here to find out all about them.

You can substitute the andouille sausage with this German sausage in a jambalaya recipe.

For whatever reason of you not wanting to use the park variety of the andouille sausage – not to worry. There are no-pork andouille sausage alternatives that you can find in the supermarkets. Better yet, try sourcing them at a farmer’s markets where you will surely find artisan and craft sausages.

Otherwise, if you are desperate, then I recommend substituting with a German lamb sausage or venison sausage. Venison sausages are quite unique and they make the perfect substitute for a sausage casserole with mushrooms.

Tofu sausages are literally the best vegetarian substitutes for sausages. More specifically, you can get smoked tofu which also has a rich and intense flavour. Of course, it won’t be as rich as the andouille, but if you are really after the smoky flavour, you can smoke the tofu yourself. All you’ll need is a smoking gun used in the kitchen to add intensity to complex and elegant dishes. Dare to try?