If you’re making a recipe that calls for this great green vegetable and find yourself with a distinct lack of leeks, don’t worry… there are plenty of good alternatives.

Below, you’ll find a few of my favorite leek substitutes, as well as little more info about this ever so sweet, delicately flavored vegetable.

Part of the Allium family, a type of vegetable that includes onion and garlic, leeks are long and cylindrical. They have a subtle sweetness, especially when cooked, with a mild earthiness that really complements rich dishes.

They are often used as a main ingredient or flavor enhancer for dishes such as soups, stews, casseroles, sauces or even salads.

When eaten raw, they have a distinct herbal flavor. This makes them great when finely chopped and added to salads.

When cooked, they become sweeter and take on a creamy, buttery texture.

Let’s take a look at some of the best ingredients when it comes to alternatives to leeks. 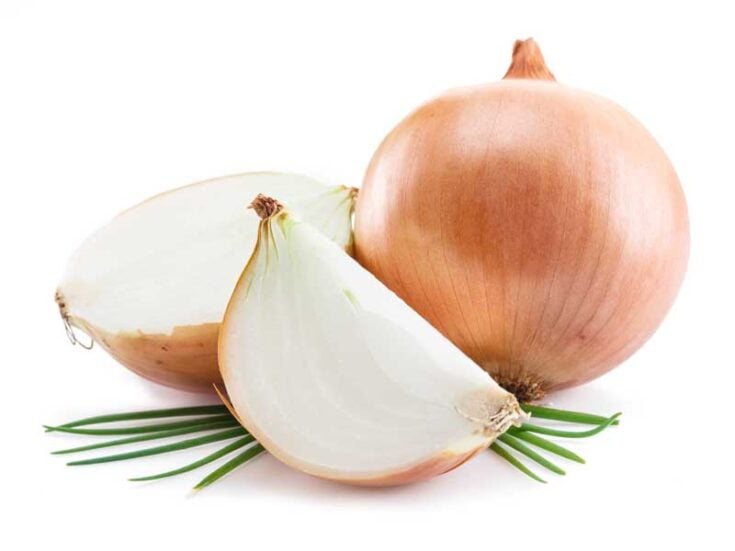 Like leeks, onions are part of the Allium family. As onions have a stronger taste than leeks, they’re not perfectly suited to swap in but make a good alternative if you can’t find anything else. Mild sweet onions or green onions would work best. Use 1 medium onion for every large leek. 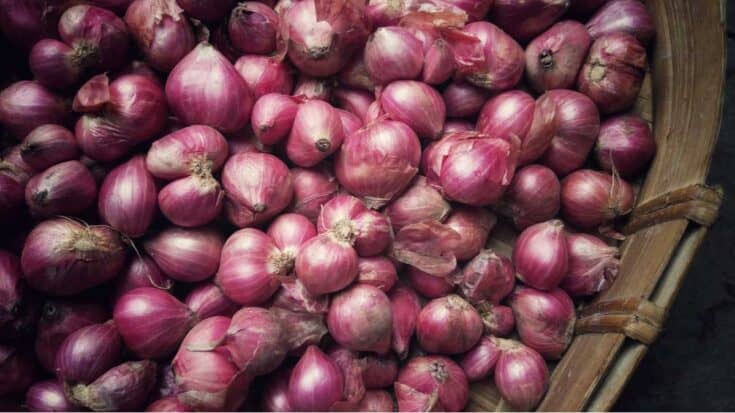 Thinly sliced shallots make an excellent alternative to leeks. Similar in flavor to onions, yet with a milder taste – just like leeks – shallots add a subtle sweetness to casseroles, stews, soups and sauces. Use 2 large shallots for every large leek. 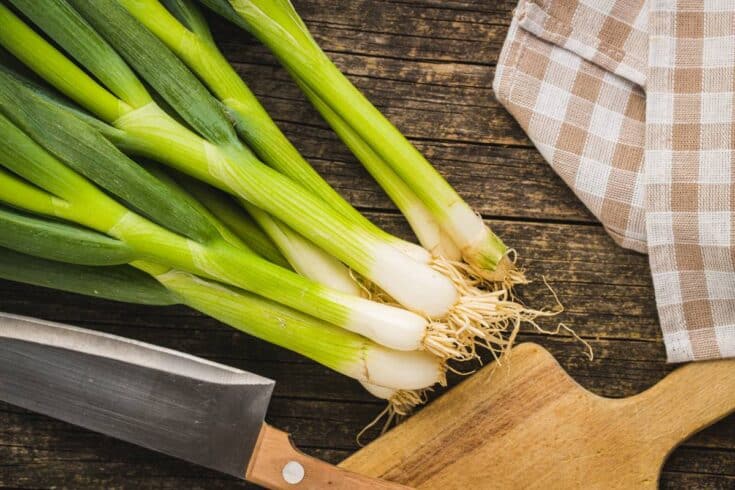 With a milder taste than sweet onions, spring onions are a good alternative for leeks where they’re not the main ingredient of the recipe – stews, soups, sauces, for example. They’re very similar to green onions and scallions – the only difference is that spring onions are slightly older, have a round bulb and a slightly stronger taste. 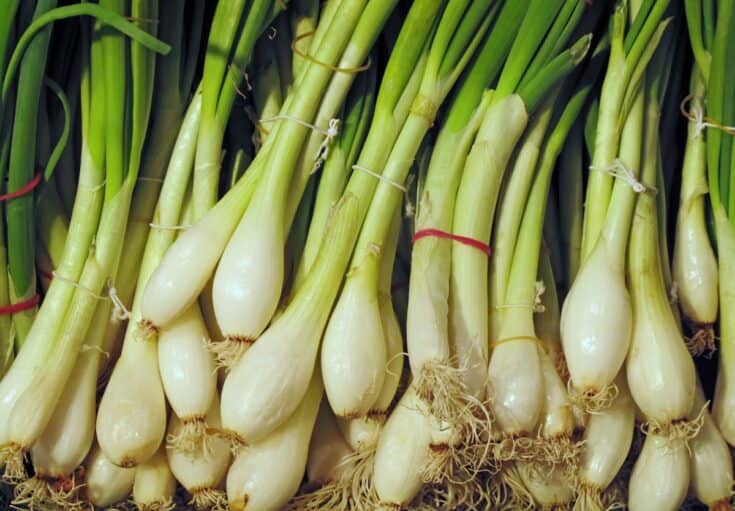 Green onions and scallions are very similar. The only difference is that scallions are slightly younger, have a milder taste and are pretty straight, whereas green onions have a slightly rounded bulb. Both make excellent alternatives to leeks – particularly when chopped and added to salads, although adding to stews, soups and sauces would work too.

They have a more subtle flavor than leeks, but you could also add a sprinkle of onion powder or garlic powder to compensate. Swap green onions or scallions in for leeks at a 1:1 ratio.

Fresh garlic will bring an entirely different tone of flavour to leeks. However, if you’re making a hearty stew or casserole and certain earthy taste, garlic will certainly do the job. Use two garlic cloves for every large leek. 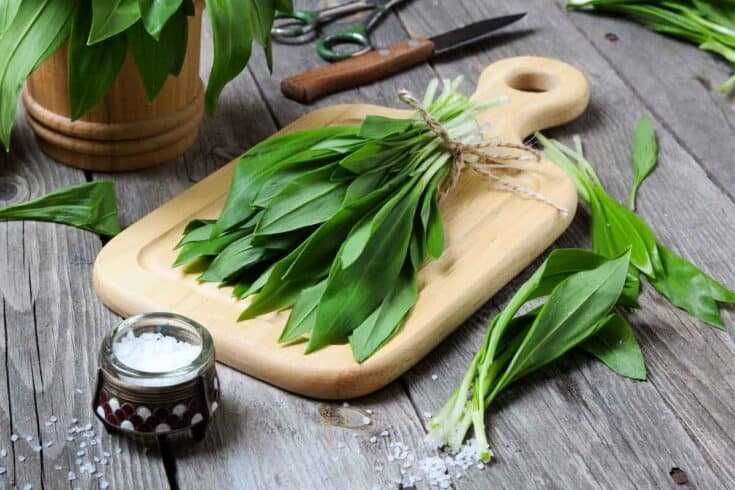 A much better leek substitute than garlic cloves, wild garlic does a good job of replicating the subtle sweetness that leek brings to a dish. Unlike garlic cloves, the garlic taste from wild garlic is pretty subtle, so it won’t overpower the dish. Wild garlic is absolutely delicious in stews and soups. Swap in a small to medium sized handful of wild garlic for every large leek called for in the recipe. 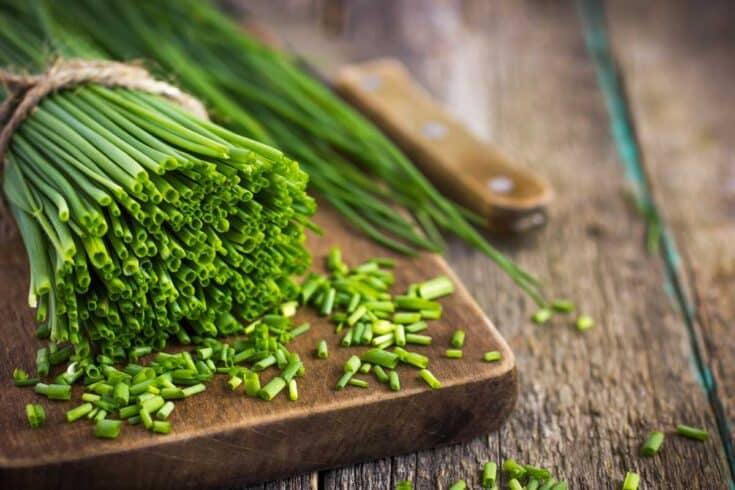 Chives have a more subtle taste than leeks, so they don’t make the best substitute. Still, when you haven’t got any other options they can help bring that subtle sweet earthy taste to dishes that call for leeks. For best results, use in combination with other ingredients in this list. 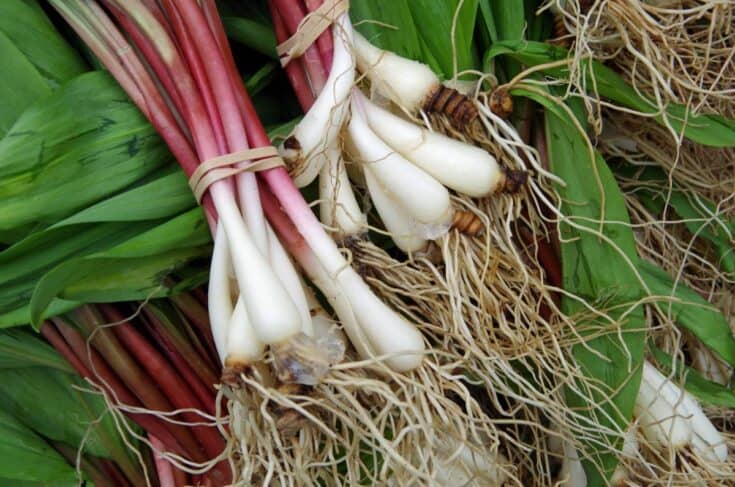 Ever heard of ramps? These delicious vegetables are like little wild leeks, but with a fresh garlic flavor. They are most commonly found in the Eastern United States and in Canada and are becoming increasingly popular with foodies. They are also known as wild garlic in the States, although they’re actually slightly different to the wild garlic found in the UK.

If you’re lucky enough to forage for ramps get as many as you can – they make an excellent substitute for leeks and are pretty prices in the shops. Substitute at a 1:1 ratio. 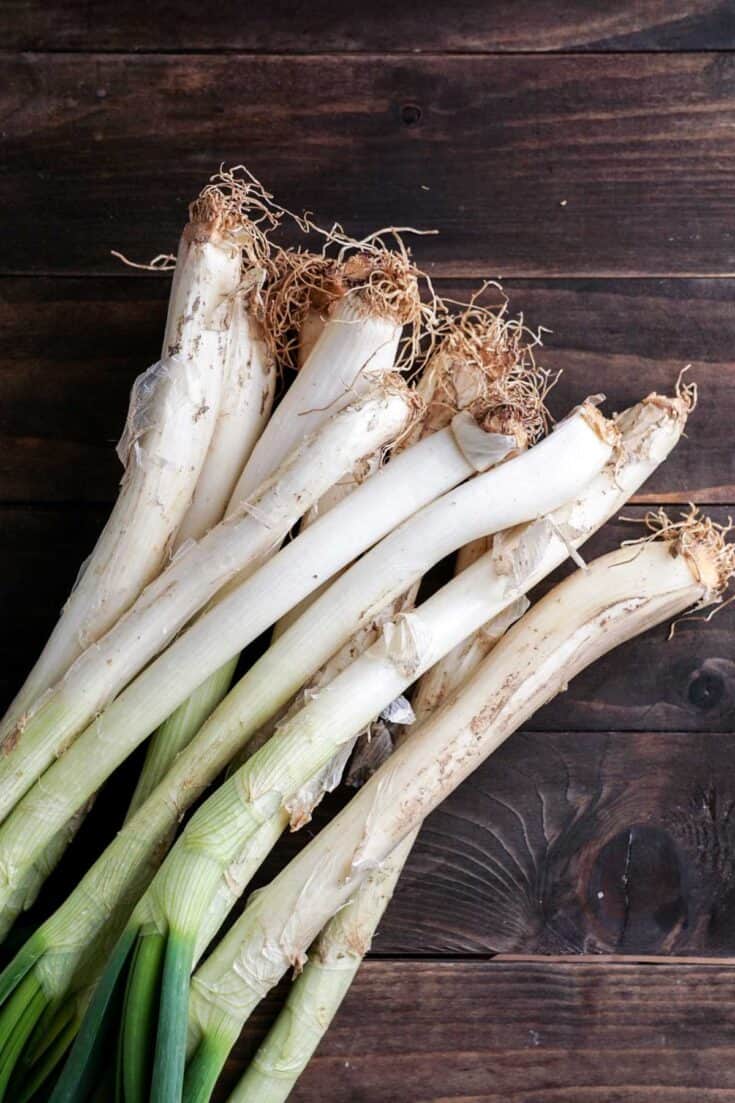 Pronounced ‘cal-sots’ these mini-leeks are very similar to green onions and scallions. They are native to Catalonia, the North Eastern region of Spain, where they are prized for their sweet and subtle taste. They are so popular, in fact, that the Catalans base a whole winter feast on them – the calçotada – where calçots are barbecued and served with a delicious tomato and pepper based sauce called romesco.

Pretty hard to find outside of Catalonia, but if you do find them they’d make the perfect leek substitute. Swap in at a 1:1 ratio.

While it won’t give the same texture as leeks, onion powder does a good job of replicating that mild onion flavor. Use as a substitute for leeks in big hearty soups and stews – recipes where you’d use leeks as a supporting ingredient rather than the central ingredient. Use 1 teaspoon of onion powder for every large leek. 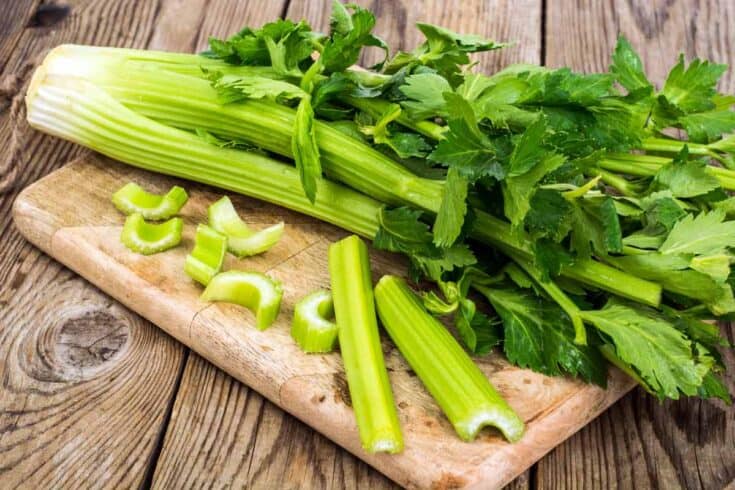 For those with an allergy to ingredients from the Allium family – think leeks, onions and garlic – celery makes a decent alternative. It does a good job of replicating that subtly sweet earthy flavor that leeks bring to stews, soups and gravy dishes. Just keep in mind that celery does bring a more peppery flavor than leeks. Substitute at a 1:1 ratio.

What to look for in a leek substitute

If you’re looking for a leek substitute in salads, you’ll want to replicate the texture. Raw leeks have a firm texture, so you want something that’ll bring a bit of bite – like a green onion or scallion, for instance.

For soups, stews and sauces, you’ll want to focus on flavor. Anything with a subtle sweetness and delicate earthiness will make a great alternative.

If you find yourself with a big batch of leeks and you want to keep them for future recipes, check out Greedy Gourmet’s article Can you freeze leeks for tips on how to store this underrated vegetable for long term use.

From rich and creamy dishes to hearty soups, here are some great leek recipes: