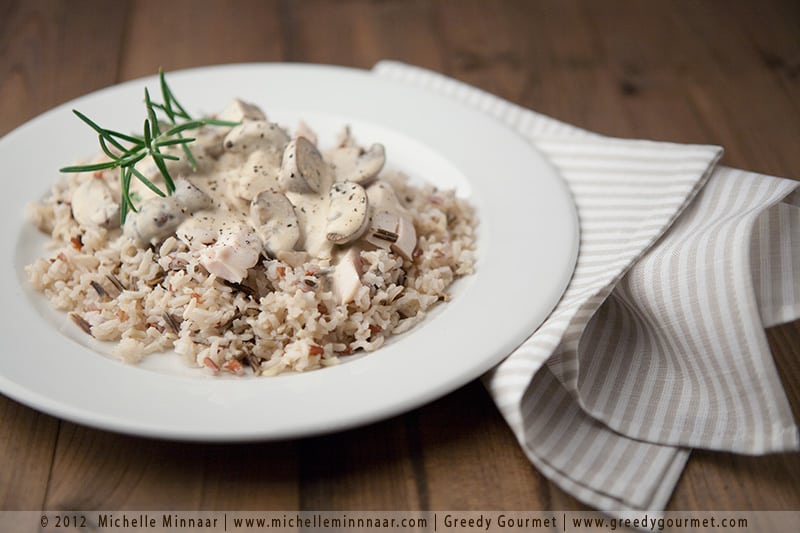 Learn how to use a “sous-vide” and cook chicken breasts.

Back in 2007, while watching the first season of Great British Menu I came across sous-vide. Sat Bains prepared his “Duck Eggs 62°C” which cooked for 55 minutes in the water bath. Even though I thought this to be a cool concept at that stage I quickly dismissed the notion of ever owning such a contraption. Surely this expensive piece of equipment is reserved for chefs in kitchens for posh restaurants?

Fast forward 5 years and slowly but surely sous-vide has become more affordable and a bit more mainstream, thanks to famous people like Heston Blumenthal. Can you imagine my surprise when I got offered a fantastic SousVide Supreme

? Of course, I said yes! Since then I’ve been tinkering in the kitchen.

Slightly suspicious that this cooking method will actually work, I thought of a cut of meat I particularly dislike. Chicken breast. If there was a bill that allowed for scientists to genetically modify chickens to just legs, I’ll vote in favour. Seriously, who can get excited about this bland and dry meat?

along with two little mistakes I made. But first, let me tell you more about sous-vide.

What is Sous Vide?

Sue did WHAT?!? Okay okay, so that’s if you say it wrong. There is much confusion about the pronunciation of the word. The correct way is “sue-veed”. If you want to sound less poncy you can simply call it a “water bath”.

Sous vide is when food is sealed in an airtight plastic pouch and then submerged in water at a low temperature. The food takes longer to cook but the results are consistently spectacular.

The History of Sous Vide

Like most great discoveries, sous vide happened by accident. Originally back in the 1970’s, French chefs wanted to minimise foie gras’ shrinkage in the cooking process and started experimenting with lower and longer cooking times. Not only did the delicacy lose less water but the flavour and texture were much better too than when using traditional cooking methods. Georges Goussalt tweaked it to the version we know today.

What Can You Sous Vide?

A lot of things! Salmon, steak, egg, vegetables and even ice cream. The following books will give you plenty of ideas:

If you were wondering how long things take to cook, they vary greatly – anything from 45 minutes for eggs to 72 hours for beef short ribs. 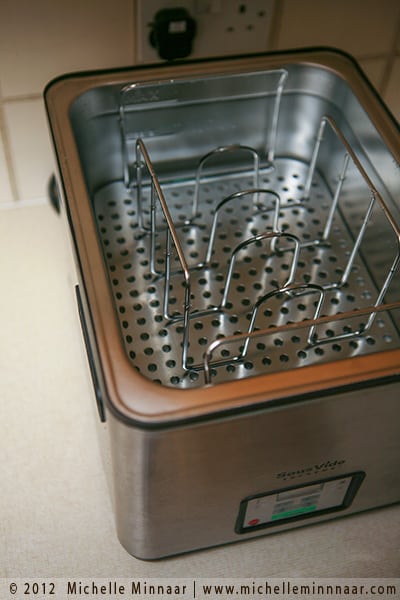 Yes, as long as you keep the following two things in mind.

Keep to the correct cooking temperature and times! Pathogens, bacteria and salmonella thrive between 4°C (40°F) and 54°C (130°F), which is also known as the “danger zone”. Sous vide’s cooking temperatures are slightly above that and since you’re cooking the food for longer enough germs will be killed to render the food safe.

There is a lot of paranoia surrounding food and plastic. Special plastic pouches are available on the market today. These fulfil several specifications such as being food-grade to limit the migration of plastic constituents into the food, heat resistant with a softening point of between 90°C (195°F) upwards, have low gas permeability to prevent freezer burn and they have enough mechanical strength. Many scientists and chefs believe that cooking in food grade plastic at these low temperatures is about equivalent to leaving a bottle of water in your car during summer. Make up your own mind regarding this matter.

There are plenty of advantages to cooking with a sous-vide and you can even freeze cooked food in the pouches for later use, reheat cooked food and cook food from frozen. It really is that amazing.

Let’s get cooking, shall we?

First off, fill the SousVide Supreme 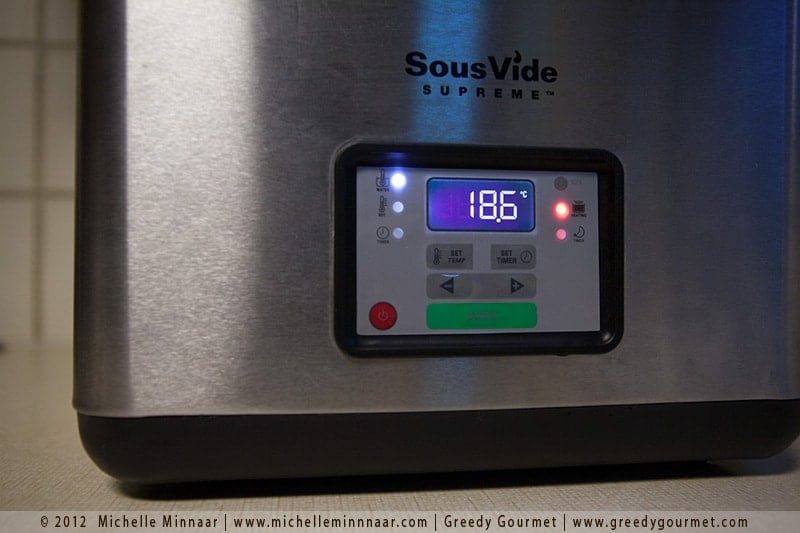 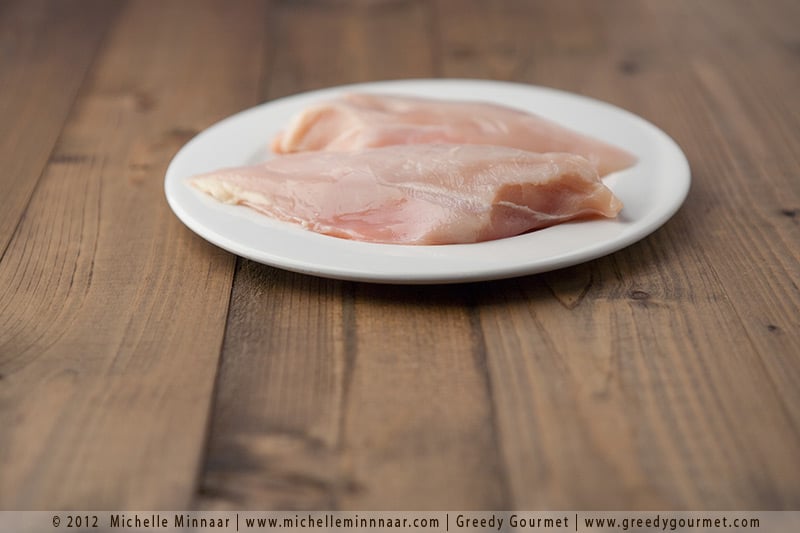 While the water is heating up, prepare the chicken. 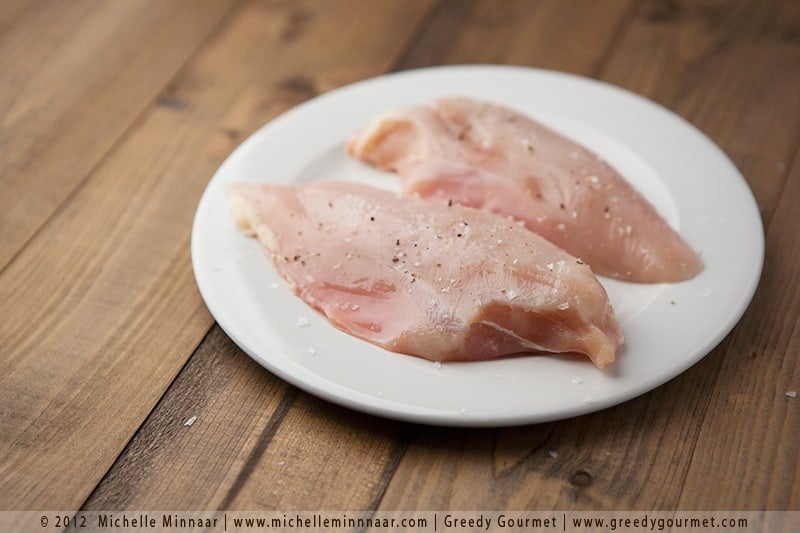 The rule of thumb is that you should only season meat after it’s been cooked. Let’s call it a newbie mistake on my behalf! 🙂 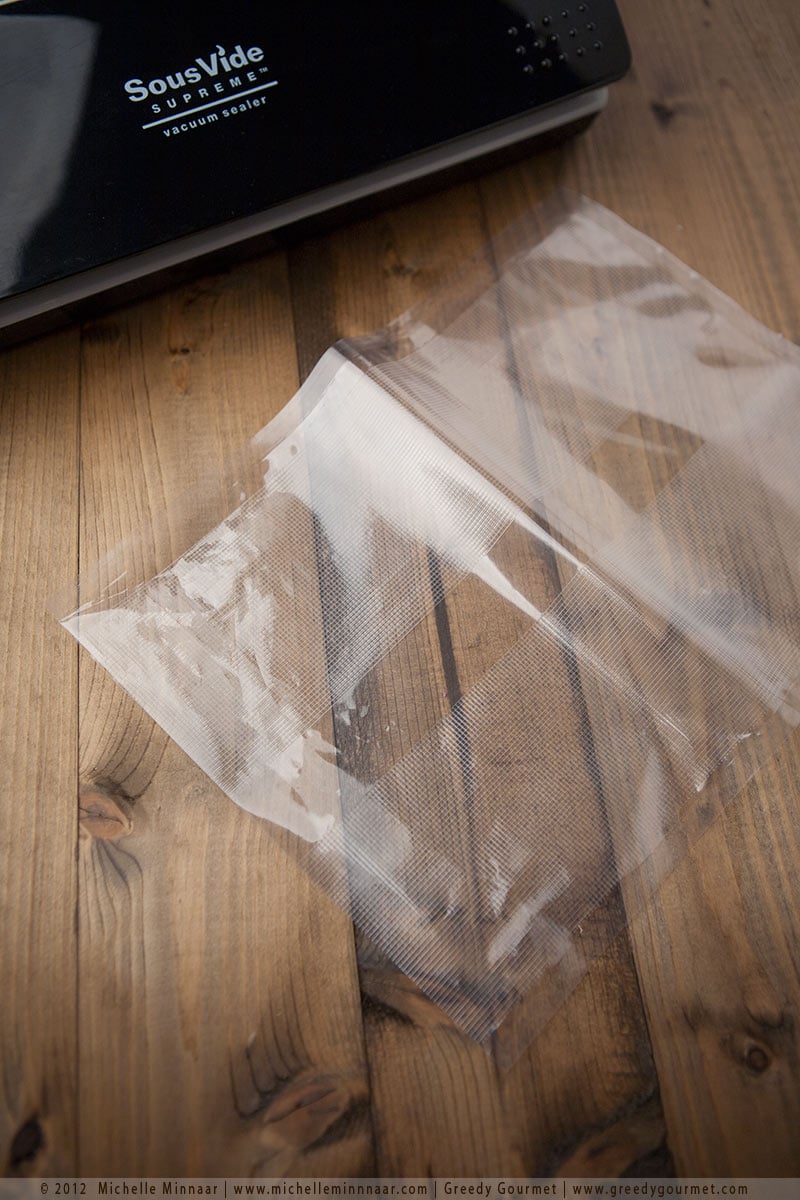 Next, you have to prepare the Vacuum Seal Bag 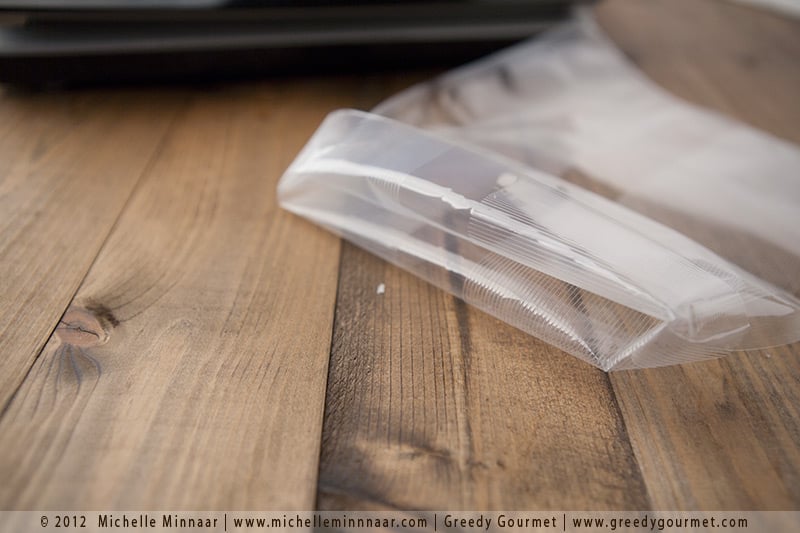 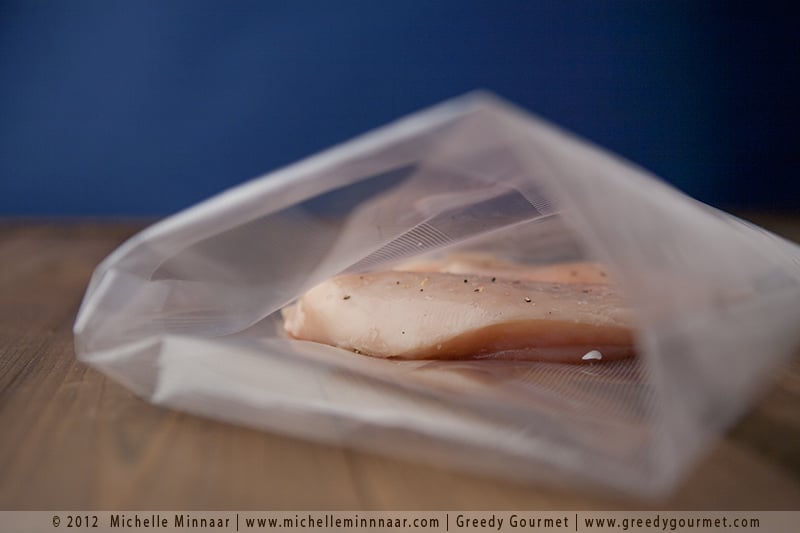 Carefully place the chicken breasts inside the pouch. Do not touch the folded edges because if any mess occurs you run the risk of the pouch not sealing successfully in the vacuuming process.

Reference materials state you should use one bag per chicken breast which in my books is a gross waste of money if there is still plenty of space left in the bag. The only thing you need to aim for is that the meat is in one even layer. 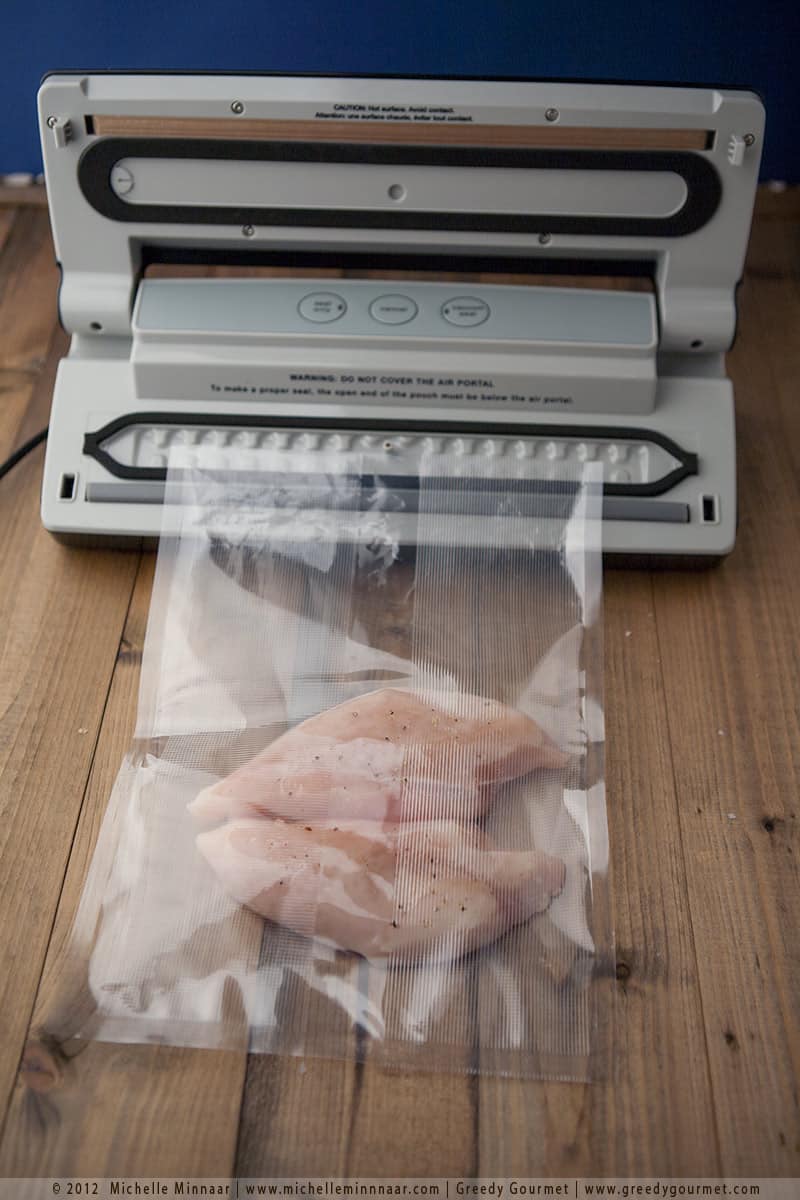 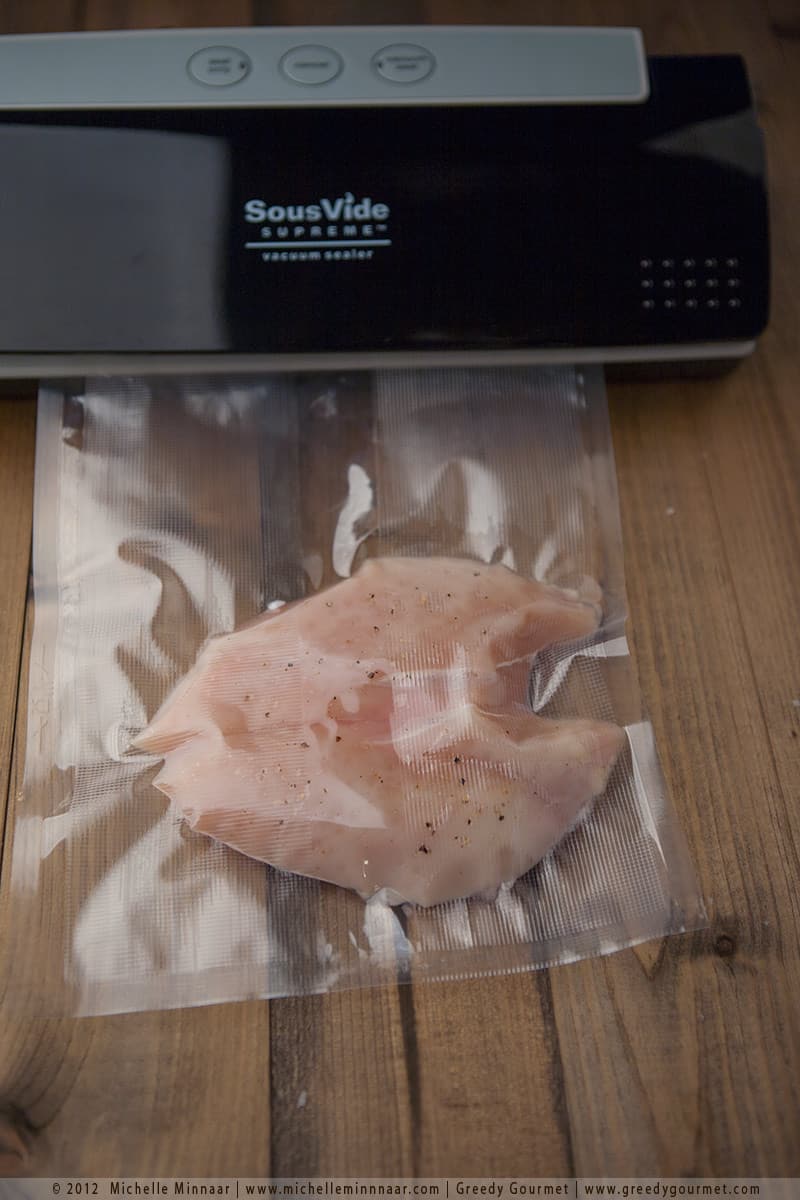 will seal automatically when it’s sucked all the air out of the pouch. 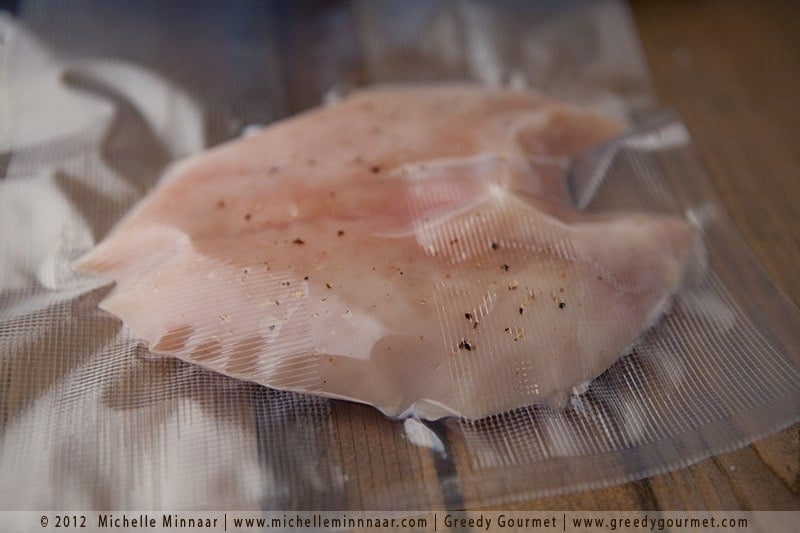 The chicken is ready to be cooked now. 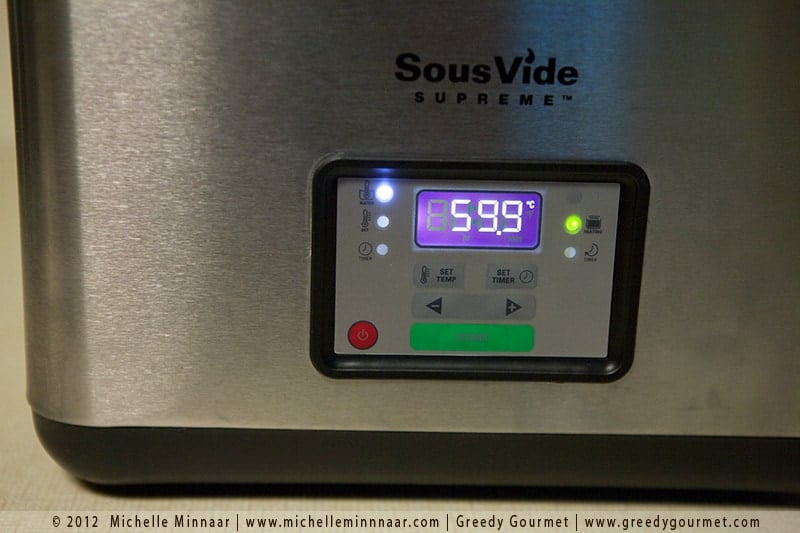 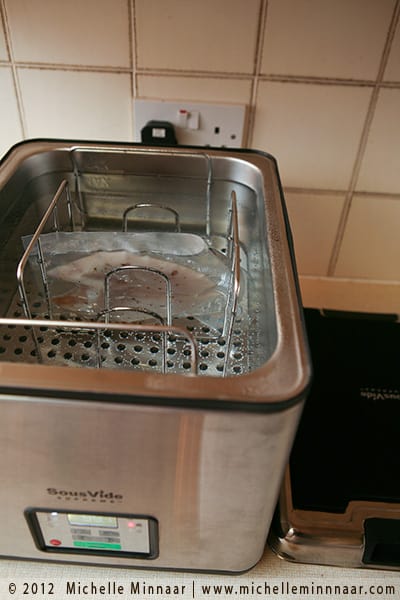 The water bath has now reached temperature. The latter tends to fluctuate 0.1-0.2°C above or below set temperature.

for the first time. See the rack? It’s better if it’s placed on its side because pouches won’t be able to float to the top. It still worked though.

Another great advantage of the machine is that once your food is cooked, the machine doesn’t need cleaning. All you need to do is drained the water bath and dry it with a towel and then you’re done! 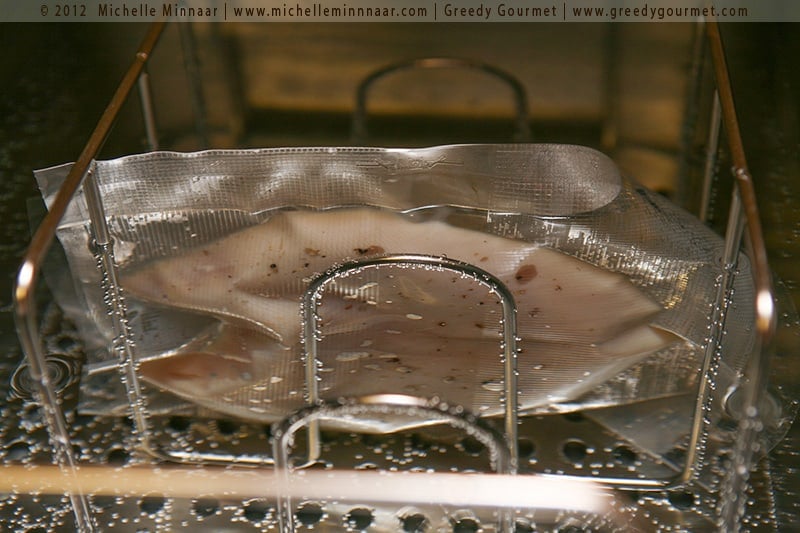 The chicken breasts will now cook for at least 2 hours. If they are frozen it will take another hour. 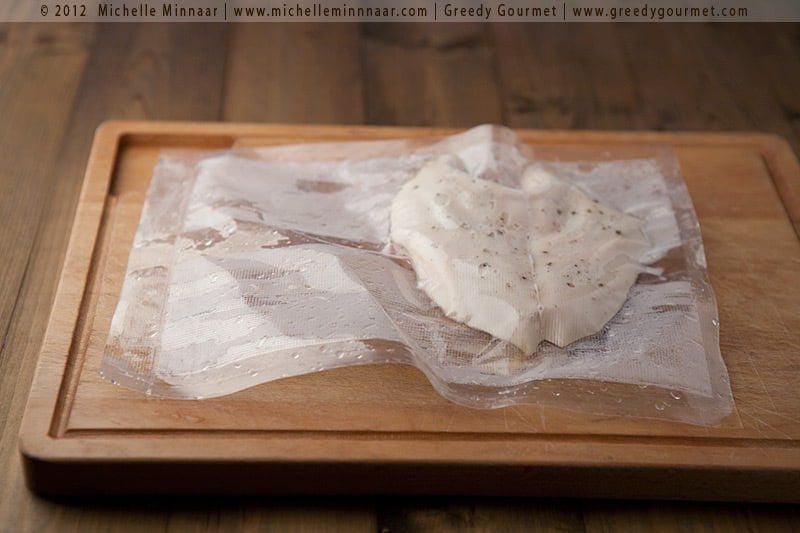 Voila! Are you ready for the juiciest chicken breasts you’ve had in your life? Just use scissors to cut the bag open to find out. 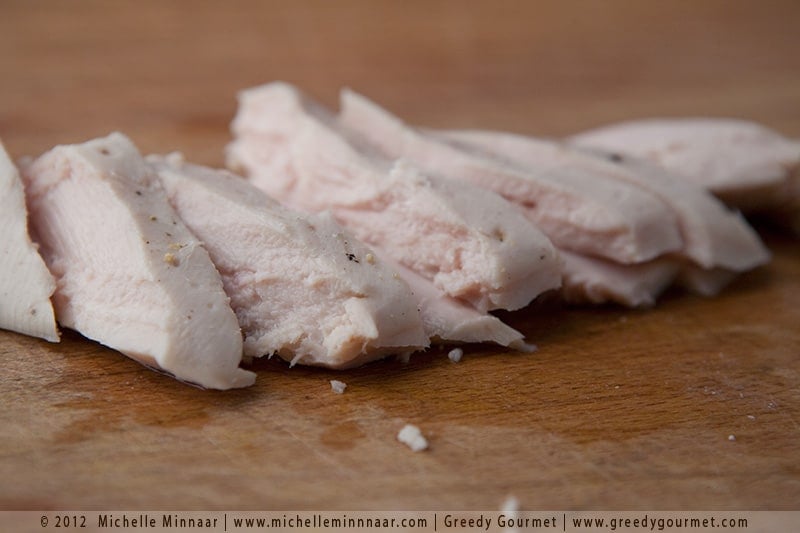 You have the option to fry the chicken 15-25 seconds on each side in a red-hot pan with some vegetable oil but if you’re going to be smothering the meat with plenty of sauce, why bother? It really is just an aesthetic thing. Why run the risk of making the chicken all rubbery again?

This time round I served the chicken with Creamy Mushroom & Sherry Sauce – a very easy and delicious recipe. 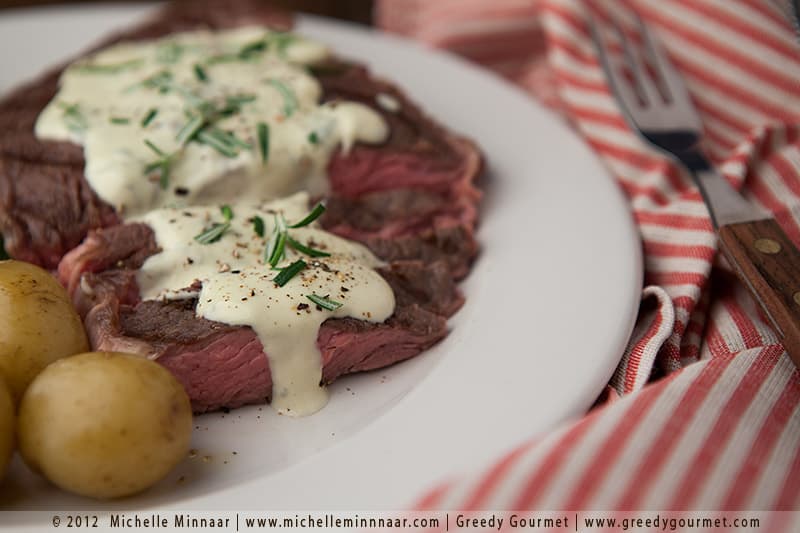 If this recipe got your tastebuds flowing, come and check out how to sous vide steaks!

P.S. If you’d like to know how to sous vide oxtail or duck, head over to Jeanne from Cook Sister‘s blog!

Learn how to sous-vide chicken breasts.