If you’re contemplating visiting Las Palmas on the stunning island of Gran Canaria, look no further. This list of 20 things to do in Las Palmas is the ultimate travel guide for Gran Canaria. It will help you plan your itinerary while you stay on the island. Plus, it will help you find the best attractions and top spots to visit in the city of Las Palmas. So, discover the city of Las Palmas with this ultimate guide of the 20 top things to do in Las Palmas. You’ll be able to visit all of these by foot, so you needn’t miss out on anything. Enjoy! 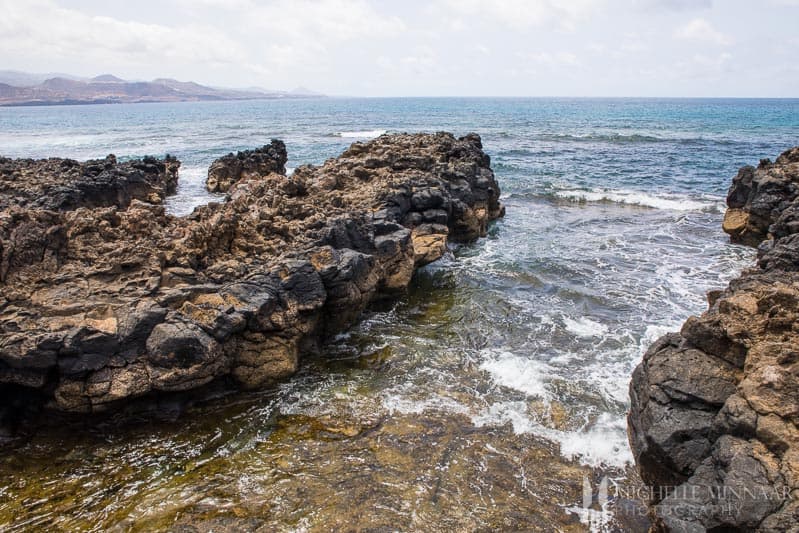 things to do in Las Palmas

The city of Las Palmas ranks 9th on the list of largest cities of Spain. Not only is it a thriving capital with tons of things to see, it is also a popular stop for cruise ships as well as shoppers who wish to find duty-free items! The population of Las Palmas is roughly 400,000. Geographically speaking, you can find the city of Las Palmas in the northeastern corner of Gran Canaria. In fact, it’s only 150km or 93 miles away from the Moroccan coast!

The city was established in the year 1478 by Juan Rejon as Real de Las Palmas. A few years later, in 1492, Christopher Columbus actually anchored in a Las Palmas port, spending some time in the Canaries, prior to his first famous voyage to the Americas.

A century later, Las Palmas saw some violence in the notorious Battle of Las Palmas, which resulted from the Anglo-Spanish War on Gran Canaria. Although some of the city was destroyed, Las Palmas is rich in history, charming architecture and many cultural sites. The city has a lot of colourful houses with heavy Portuguese influence. Some say, it resembles Brazil’s favelas. Best of all, you can all visit these by foot! 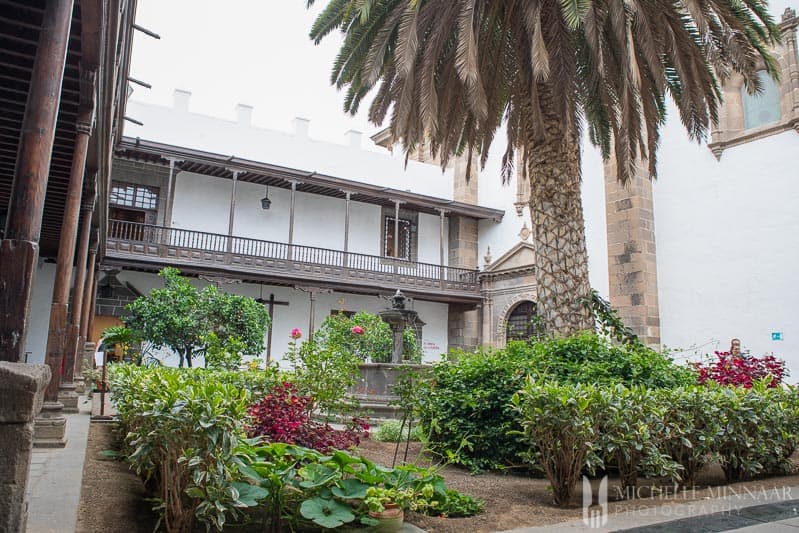 best things to do in Las Palmas

This is a must see! Poema del Mar, or ‘Poem of the Sea’ is a top-notch aquarium that is home to many marine species, exotic fish and plants. Most noteworthy, get really for an out of this world experience. It has the largest state-of-the-art fish tank in the world, an impressive fish tunnel and more. Check out my review of the Poema del Mar aquarium here. 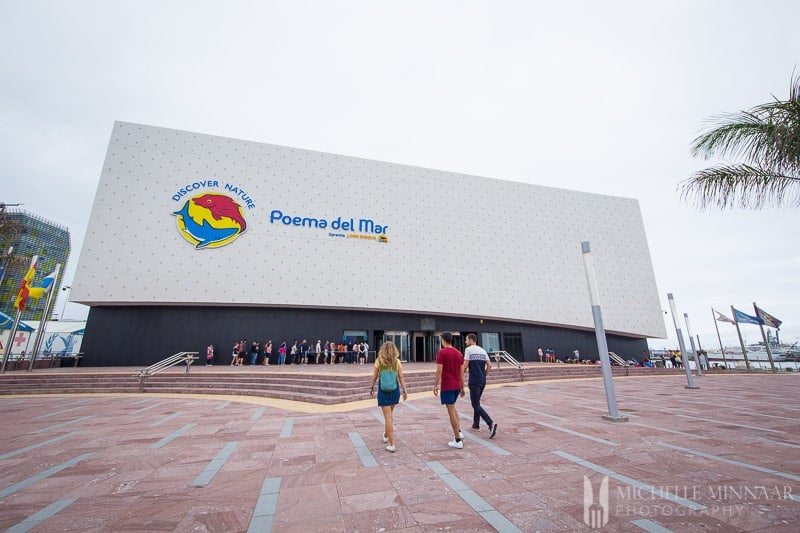 The market is open from Monday to Saturday from 6:30 am to 2-3 pm, depending on the day. The market is closed on Sunday. 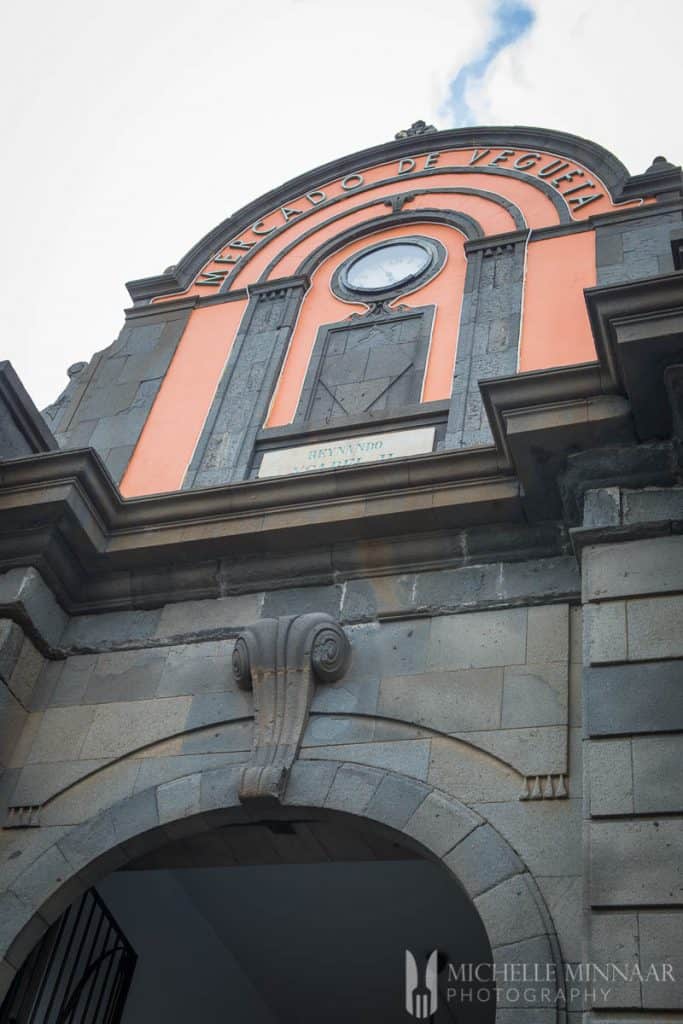 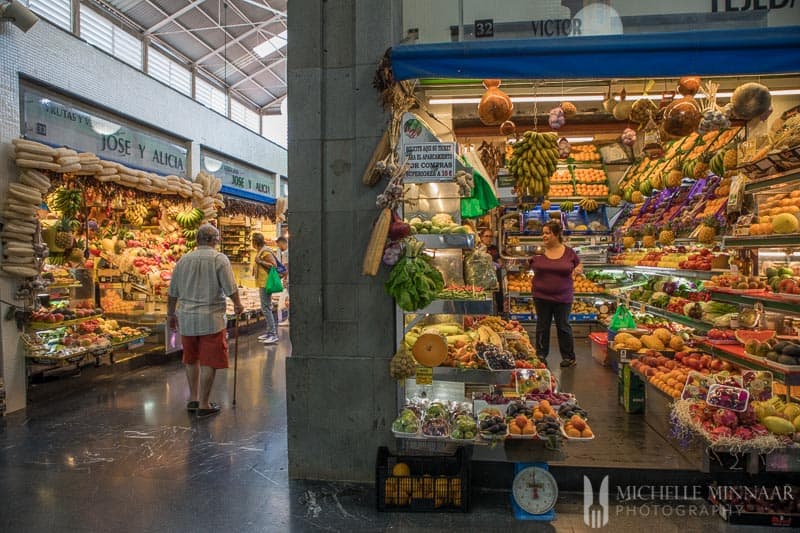 This is one of the best commercial streets in Las Palmas, packed with buzzing and thriving restaurants upon every footstep. It’s definitely worth taking a stroll down this busy street. 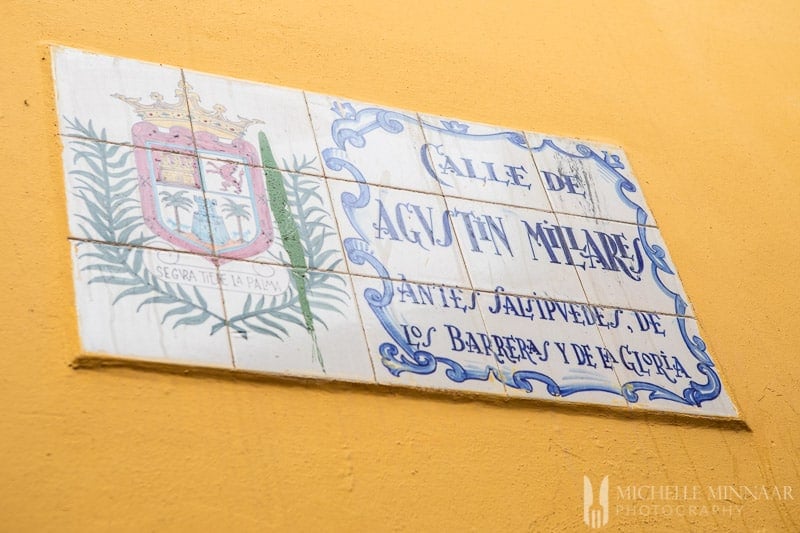 Take a stroll down this historic street. The name suggests that the street is dangerous, however, this couldn’t be further from the truth. It is also home of the infamous Toriador Agustun Millares Torres. 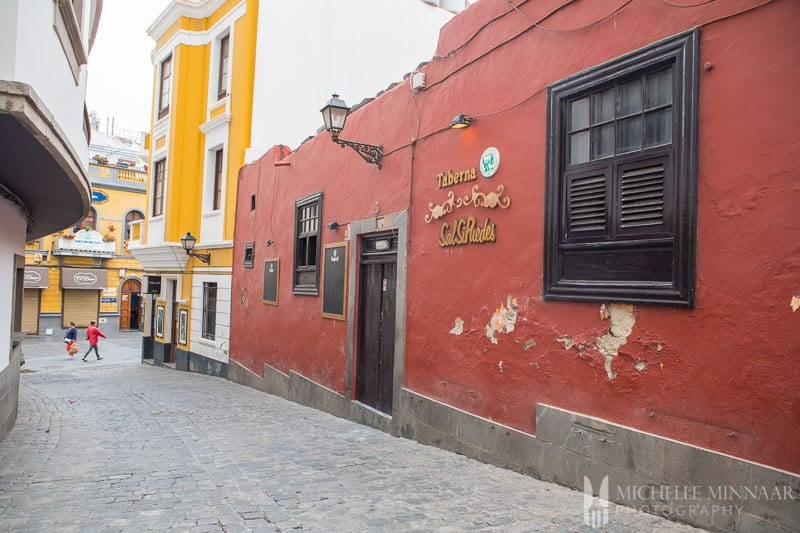 The Cathedral of Santa Ana, also known as Las Palmas Cathedral is a Roman Catholic cathedral. It is located in the Vegueta neighbourhood and is considered as one of Las Palmas’s top landmarks. The Cathedral was constructed in 1570 with Gothic and Romanesque styles. Until recently, (1819), this cathedral was the only one on the Canary Islands!  The most beautiful part though is the scenic square in front of the Cathedral. Make sure that visiting this cathedral is on your list of things to do in Gran Canaria. 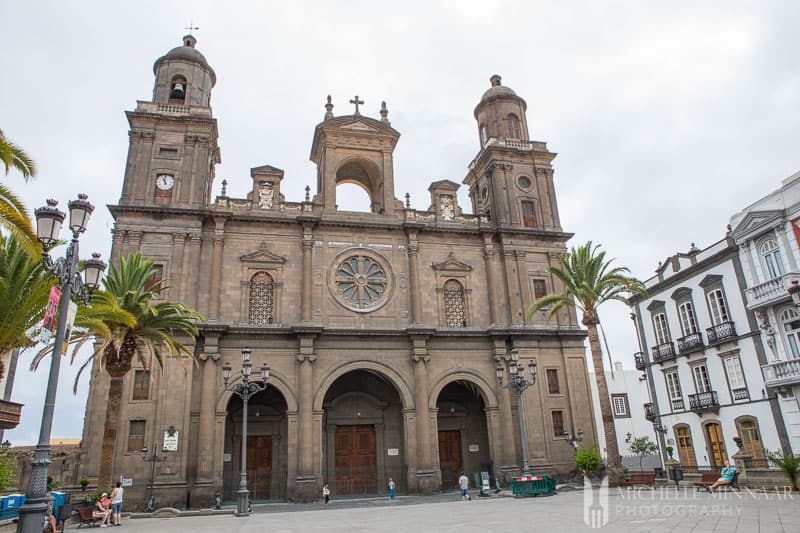 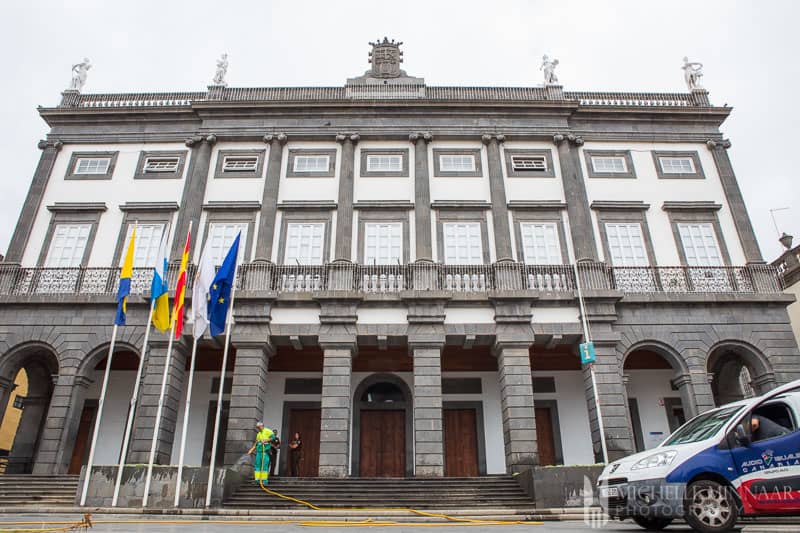 These dog statues are a monument to the guardians of Gran Canaria. They are also known as Los Perros de la Plaza de Santa Ana, located at the square in front of the cathedral. There, you’ll have a glimpse of the typical Canarian courtyard characteristics. The first floor of the surrounding buildings have a wooden balcony. The courtyard has a fountain in the middle and tall palm trees beside it. You can sit beside the dog statues on the benches and also enjoy the lovely potted flowers which surround you.

These cast iron dogs are life-sized and were donated to the City by James Miller (also known as Diego Miller). 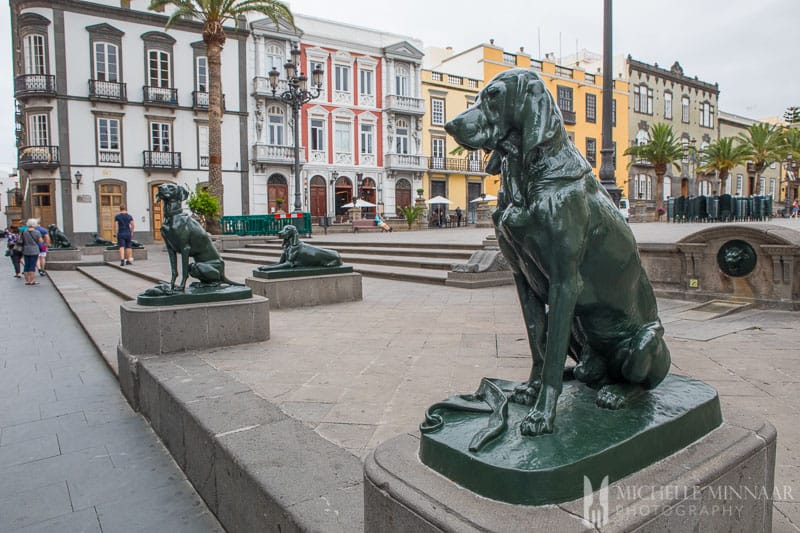 This quiet and beautiful square is located in the Vegueta neighbourhood in the old town of Las Palmas. It is also known as Plaza del Espiritu Santo. This square is the starting point of the water supply network on the island of Gran Canaria. The fountain as outlined by Ponce de Leon remains one of the few fountains on the island with Spanish-style architecture.

The square dates back to the 17th century. In the past, this was the noble area of Las Palmas, where wealthy people built their manor houses. The more wealth a family had, the more status statements were made in housing. 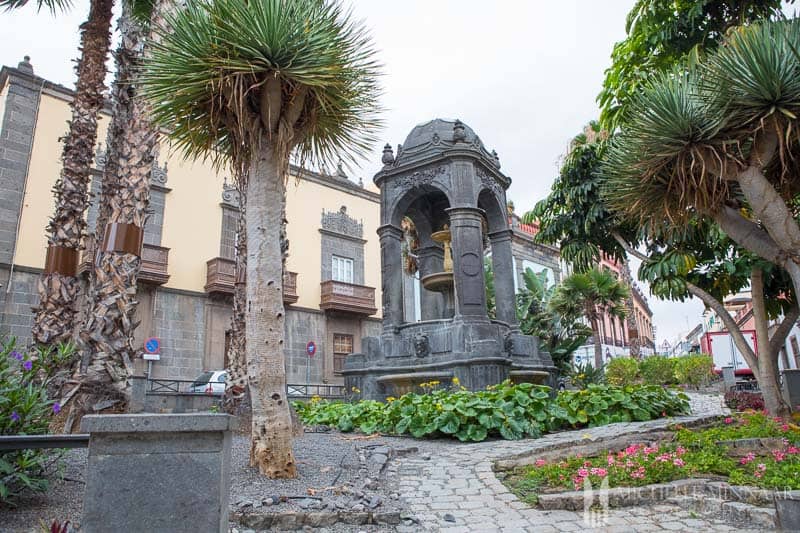 Translated to Literary Cabinet, this is easily one of the most beautiful buildings in Las Palmas. It contains many decorative ornaments and exotic domes to catch the eye. The interior is rather modern, it includes a main staircase which leads to the Golden Hall (a former ballroom) decorated in the French style. In addition, artist Manuel González Méndez has painted the ceiling rather grandly in mythological themes. The Red Hall, also, is home to ceiling art and a collection of oil paintings from the early 20th century. 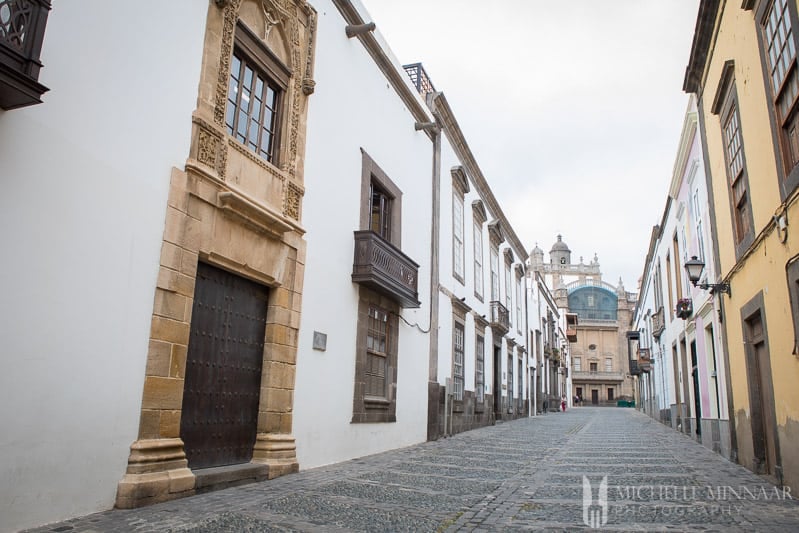 This is a golden sandy beach with an urban vibe. It is located in the middle of the port which is home to many sailboats. There are lots of sports facilities on the beach, the waters are generally calmer – perfect for paddle boarding. A handy tip though, I wouldn’t recommend going to the beach on a windy day. 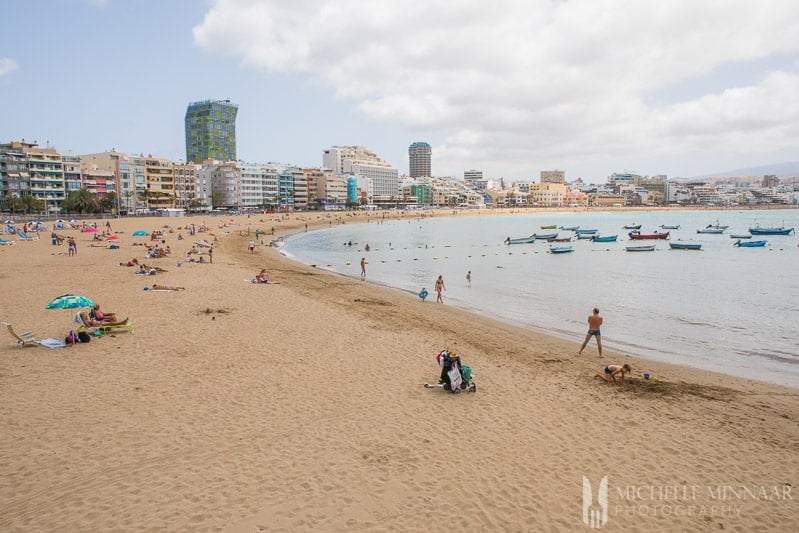 The popular Las Canteras beach is known for its long and scenic promenade. Along your stroll, you can discover various types of street art and hidden landmarks while learning about the former residents. The sandstone from the reef was used on some of the buildings in the old town, especially by nobility and wealthy families. 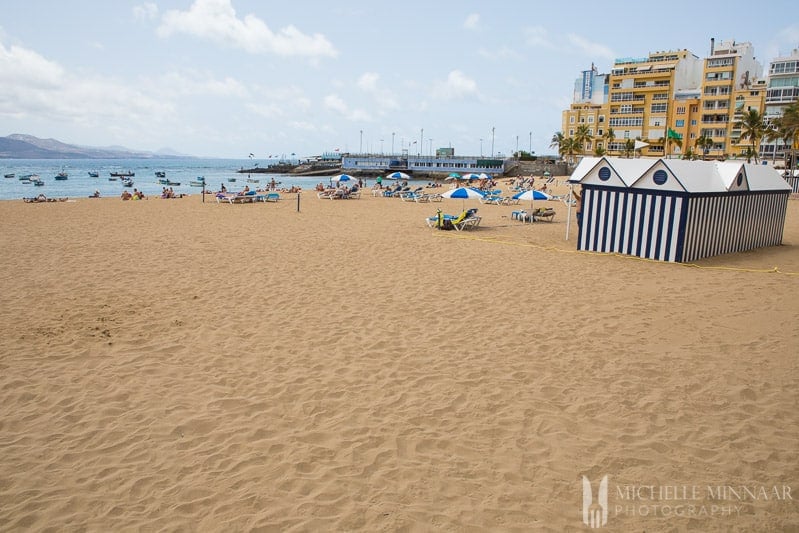 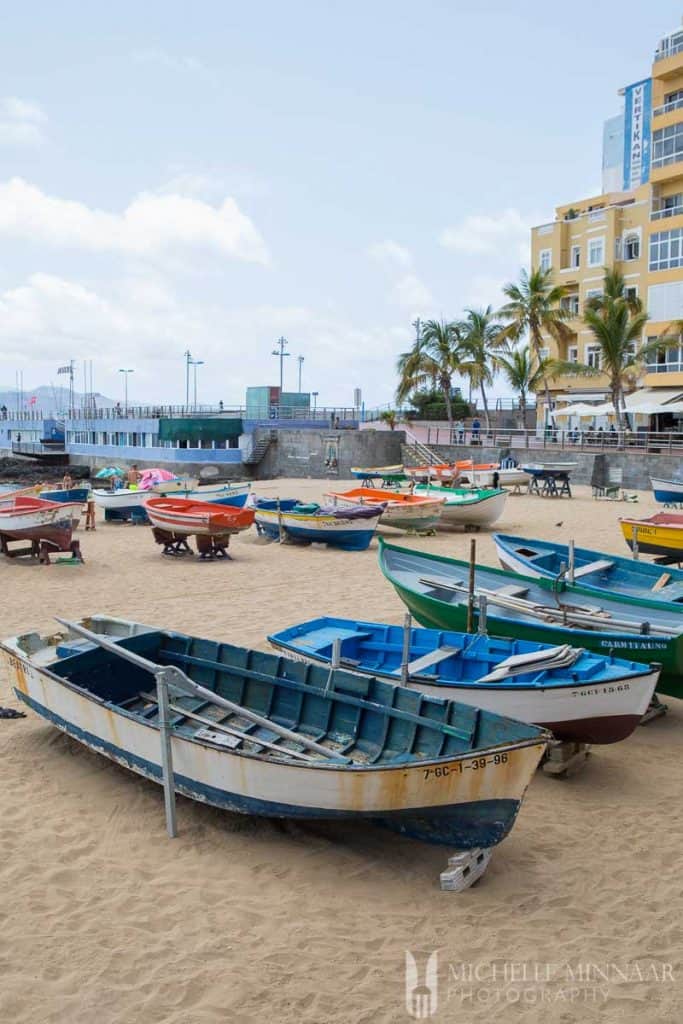 An old market offers a variety of tastes from around the world! Lots of options to eat and drink. An excellent place to eat pintxos and tapas. It includes fresh fruit, vegetables, local cheeses and other produce. 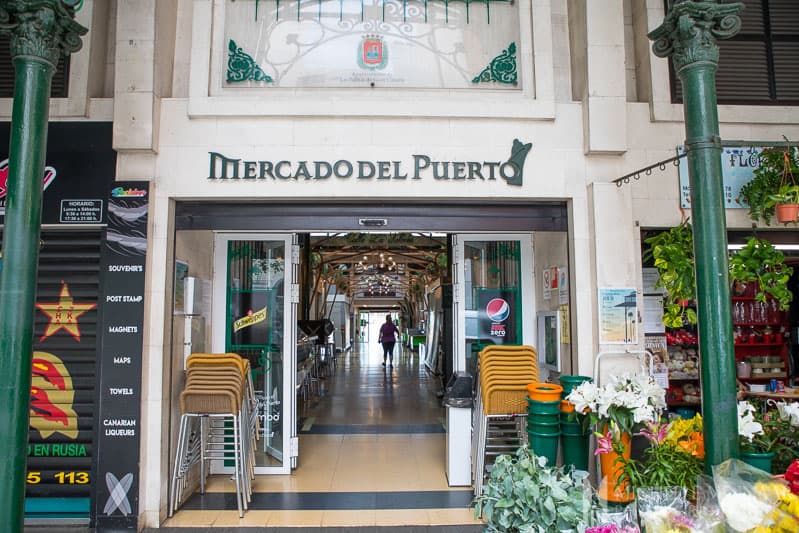 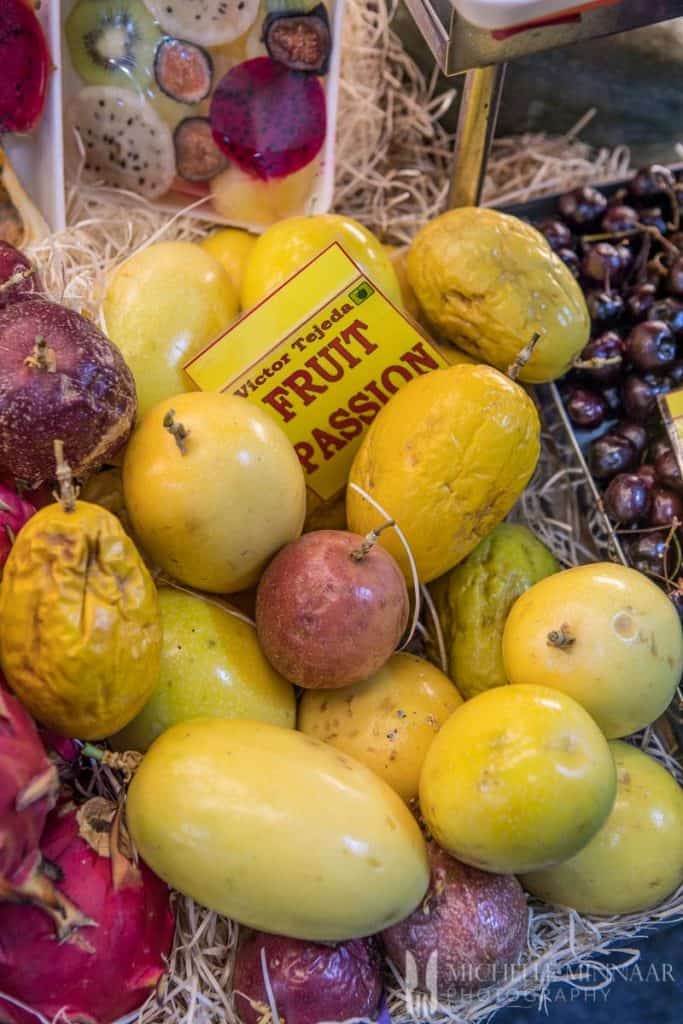 Excellent idea for an educational activity. Don’t hesitate to visit the Science and Technology Museum! 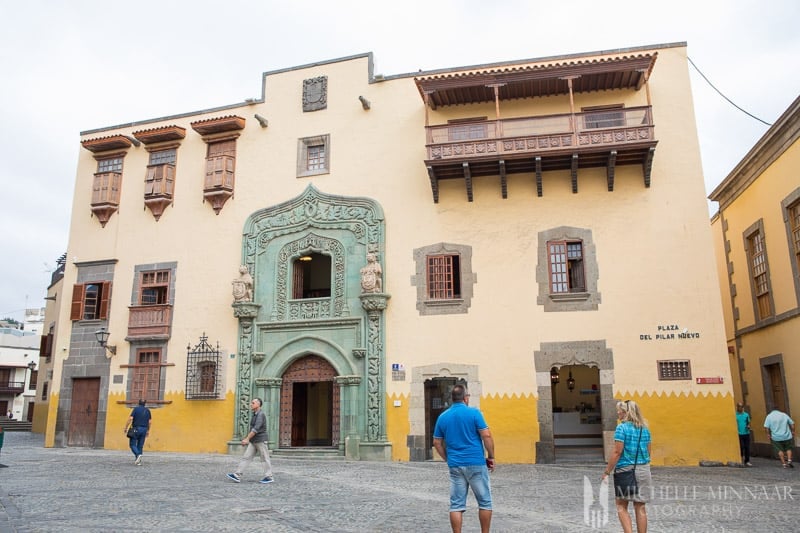 This beach offers scenic views of the mountains and has flowing, golden sands! Great during the summer.

Make sure you don’t miss out on this hike trip on a stunning volcano. An absolute must see for nature lovers! The climb is fantastic – and what a view from the top! 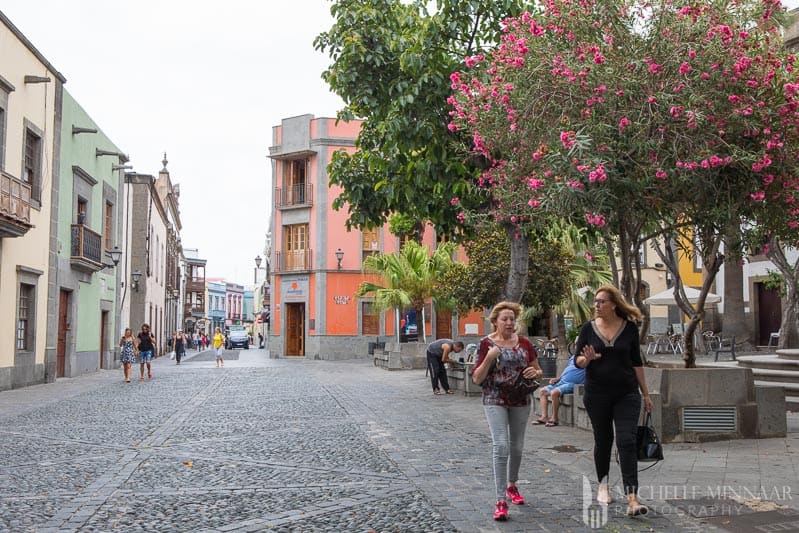 A memorable museum with a unique exposition on the prehispanic archaeology of the Guanche people! You’ll have the chance to learn about the indigenous people of the Canaries. In addition, the museum has numerous skulls on display.

This is the house of the very famous Spanish dramatist, Benito Perez Galdos. He was one of the main contributors and representatives of literary realism in Spain.

Explore this local park. Don’t be scared if you come across street chickens running around!

A little fortification next to the beach which offers a unique experience and insight into the island’s history. On display nearby are beautiful rose bushes.

Step into one of the older parts of Vegueta (old town) – this square is like experiencing a time shift back 400 years. It is surrounded by distinct architecture. 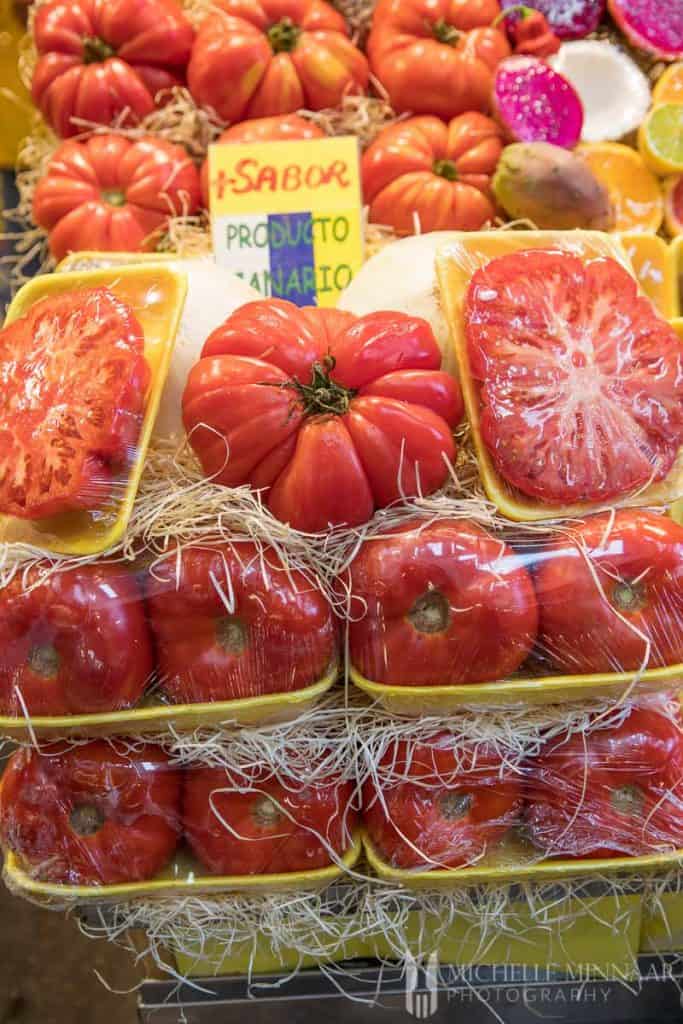 If you get hungry, then check out these top 16 vegan restaurants in Gran Canaria.

If you are on the look out for the best hotel, look no further and visit the adult-only Bohemia Suites and Spa Hotel. Pamper yourself and visit the Siam Spa. Or enjoy a long swim in one of Bohemia’s stunning pools. Lastly, enjoy the full service and the breath-taking views from the modern suites. Once you get hungry, indulge in one of the best restaurants on the island. To learn more information about just how amazing this hotel is, then check out my review of Bohemia Suites and Spa here. 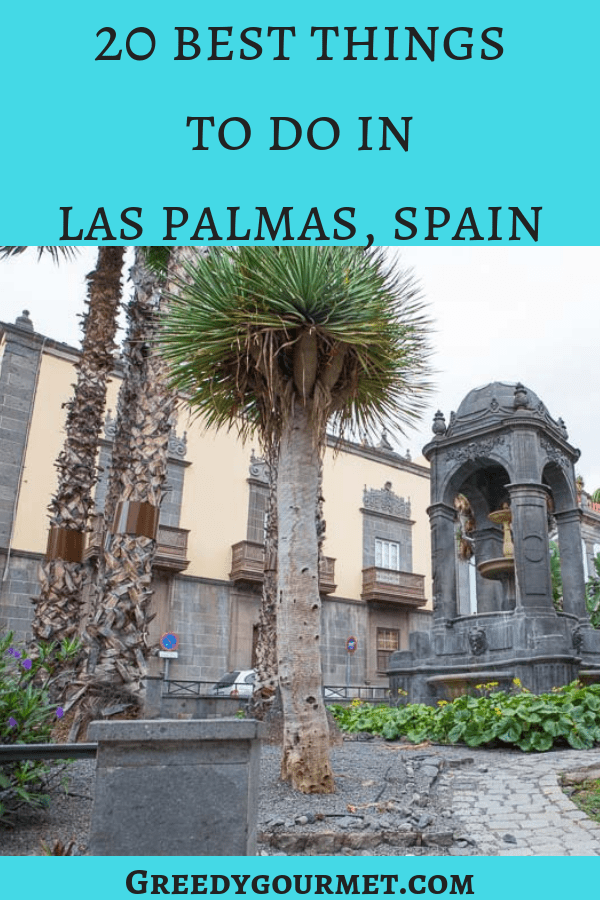