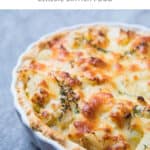 My first inspiration to make a homity pie came to me after watching a film called The Guernsey Literary and Potato Peel Pie Society. Admittedly, potato peel pie sounded somewhat dubious, so in the end I settled on making the homity pie instead.

Despite the peculiar name, a homity pie is simply a shortcrust pastry pie with a vegetable filling, topped off with cheese. In this sense, the homity pie bears a resemblance to my creamy potato, bacon and brie tartiflette.

The obvious difference is of course the shortcrust pastry. In a homity pie, the filling is pre-cooked and prepared separately. Then, the filling is put into the blind-baked pastry shell, before being finished off in the oven, topped with cheese.

If you don’t strictly insist on keeping your homity pie vegetarian, bacon is actually a wonderful addition. It brings about the classic flavour profile, with the added saltiness and smoke.

A homity pie with bacon is not similar to a traditional French quiche Lorraine. Not to mention the South African version, ham en kaas souttert.

If you do choose to add bacon to the homity pie, make sure to get a good quality bacon. I look to use smoked and dried bacon for cooking. Preferably, a piece I can dice up myself.

In any case, make sure that the bacon is not too fatty, otherwise the excess fat will make the pie greasy and less enjoyable. Instead of bacon, you can also use diced-up dried ham.

Here are a few essentials you’ll need for making a homity pie, or any pie for that matter. Check them out below: 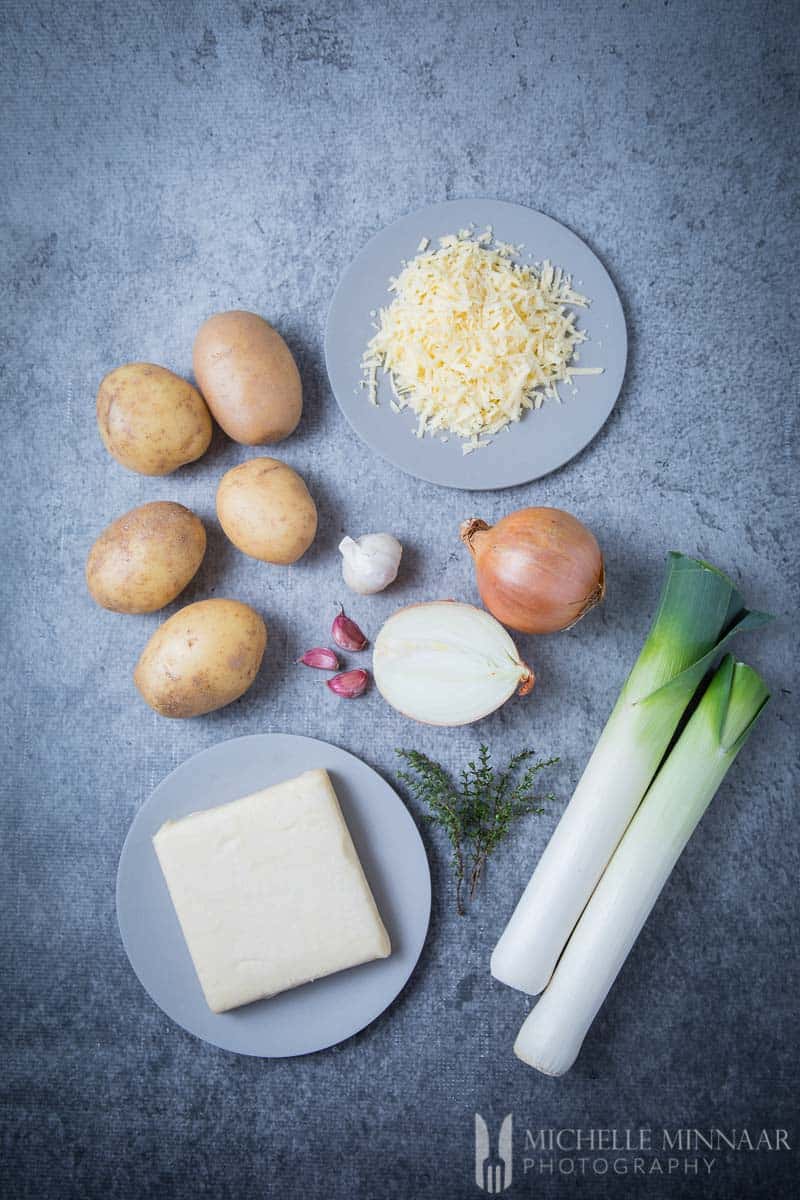 the origin of homity pie

The exact origin of homity pie is not entirely clear, and no specific individual has yet been credited for its invention. It is also referred to as a Devon pie, as some believe the recipe is from Devonshire.

Others call it a wartime pie, and suggest it was invented by the Women’s Land Army during the Second World War. Women’s Land Army, or Land Girls as they were also called, was a civilian organisation. During the war, women were trained to replace men on the farms.

One of the many struggles at the time was to get by with sparse ingredients due to wartime rationing. That’s how the pie may have come about – as a way to bring new life to leftover vegetables.

It started gaining popularity, at least in part thanks to Cranks Vegetarian Restaurant, which opened up in London in the early sixties.

Brits were a meat-loving people at the time, so vegetarian dishes were not at all mainstream food, even less so in restaurants, though we take such offerings pretty much for granted today.

Love potato? Check out these recipes

Learn how to make a homity pie, a classic British pie recipe. It is a shortcrust pastry pie crammed with potato and cheese.