×
You are here: Home / Glossary / Fruits A-Z / Fruits that start with K

If you’ve been keeping up with all the lists so far, you have probably learned about a lot of different fruits in the world. Today, we’re going to learn about more. Specifically fruits that start with K.

There are many more fruits beginning with k than just kiwis, so let’s get started and find out about new fruits. 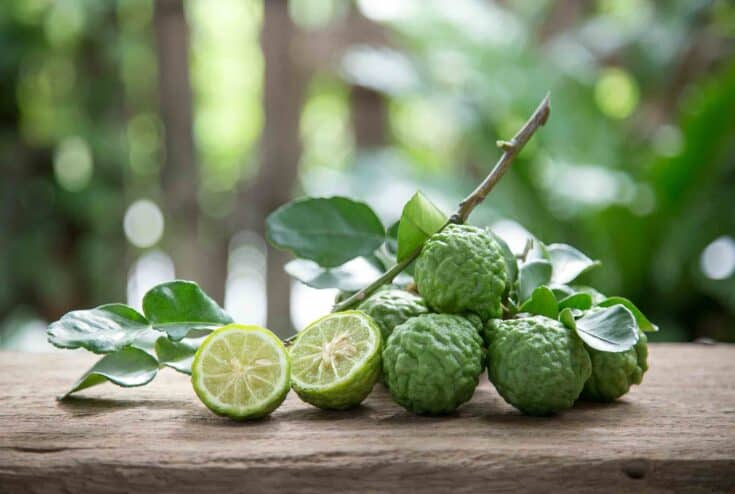 Kaffir lime fruit is a type of citrus fruit that grows mostly in southeast Asian countries like Laos and Myanmar. Just like regular limes, kaffir lime fruit are rounder in shape and have an incredibly bumpy outer skin.

Their pulp is green and juicy, but has a more sour flavor. Because kaffir lime is so bitter, it’s not eaten raw and is only used in moderation for cooking. You can find kaffir lime growing during the fall season.

Grown in South Africa, kei apple fruit is a yellow round fruit that is harvested during the fall season. The appearance of kei apple fruit isn’t exactly like an apple. These fruits that start with k are a round shaped fruit with a smooth yellow skin.

On the inside, there is a bright yellow flesh that is soft with a sweet and slightly sour taste. Though kei apple is eaten fresh, it is commonly used as a natural sweetener in cooking. 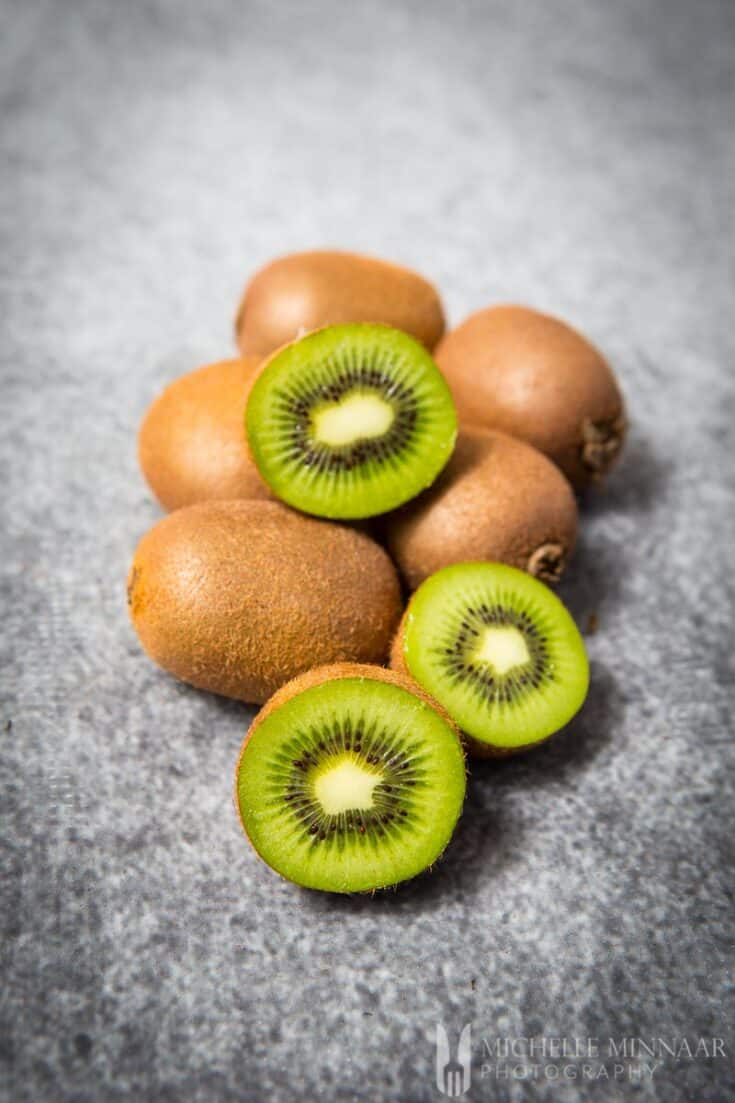 Kiwis are probably the fruits that start with k that you already knew. The oval fruit has a brown, fuzzy skin that covers a green, juicy flesh.

Kiwi fruit grows in the US from October to May, but many are imported from Chile or New Zealand. The whole kiwi is an edible fruit, so don’t worry about peeling the skin!

The sweet and tangy flavors of kiwi make it a delicious snack, but they can also be used in juices and meat marinades. It makes an offbeat curd as well! 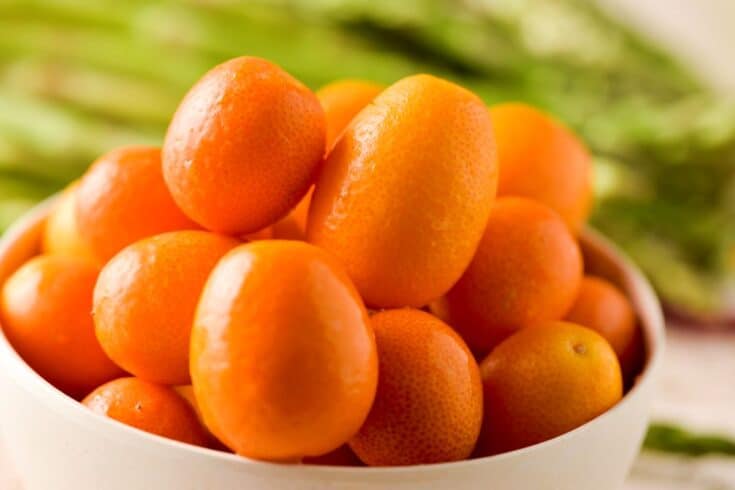 This tiny orange citrus fruit is about the size of a grape. Unlike most citrus fruits, kumquat fruit doesn’t have to be peeled. That means it is a fully edible fruit!

Since the peel is eaten, kumquat fruit tastes like a more tart orange. They can also be made into bright-flavored jams and marmalades. Check out this gorgeous chutney!

Kumquat originated in China, but it now grows in the United States during the winter and spring months.

Kakadu plum fruit looks like the combination of a plum and a pear, but a bit smaller. They have a smooth green skin, and a fibrous flesh. The texture of kakadu plum fruit is so fibrous in fact, that it can’t be eaten raw. It’s better for kakadu plum to be cooked into jams or sauces.

Kakadu plum fruit grows mostly during January and February in Western Australia. It is sour in taste, so don’t try these fruits beginning with k fresh! 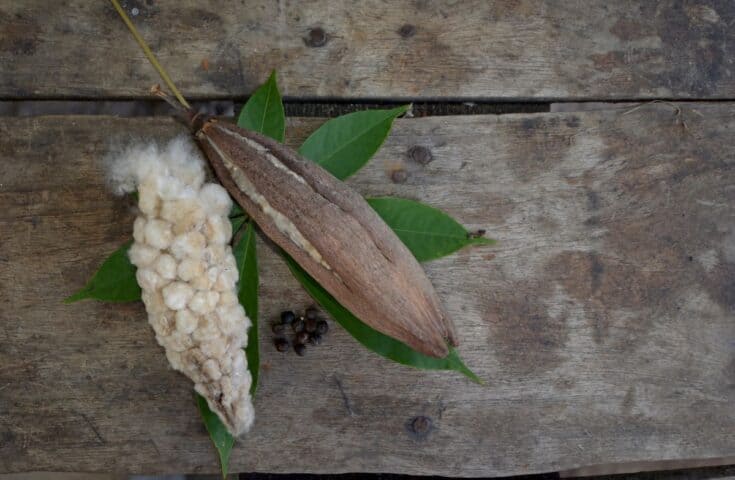 At first glance, kapok looks like cobs of corn hanging from trees. However, Kapok fruit is actually an edible yellowish brown fruit with a unique texture and taste.

They grow mostly in the Amazon and southern Mexico during the spring and summer months. Kapok is technically edible, but its cotton-like texture can irritate the skin and eyes, so it’s not usually eaten straight from the plant.

When it’s eaten, kapok fruit is first roasted and ground first. But, it’s more often used in making pillows, mattresses, and even life-jackets. Not all fruits that start with k are good for eating.

These fruits that start with k have an unusual shape. Kahikatea fruit kind of looks like a small red jelly bean topped with an even smaller blueberry.

The unique kahikatea fruit grows in the swamps of New Zealand and is typically used in medicinal practices, but it can be eaten fresh.

It has a sour taste, but gets sweeter when cooked. Due to the small size of the summer fruit and its many seeds, kahikatea isn’t very easy to eat. 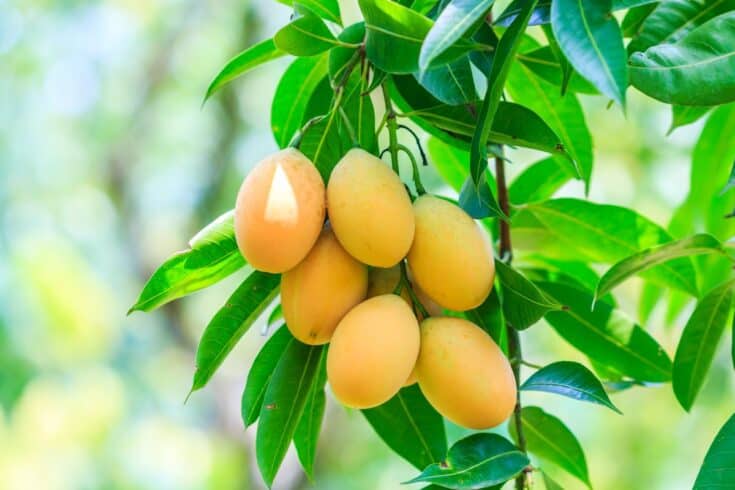 Also known as plum mango, kundang fruit is a rare fruit grown in tropical regions of southeast Asia. The small mango is about the size of an egg and has a soft orange color.

The inside of kundang fruit is bright orange, juicy, and less fibrous than most mangoes. The seed of kundang is also edible, but it has a bitter taste, so most people don’t consume it.

Grown throughout the summer, kundang fruit has a great balance of sweet and tangy flavors. When it is found, these fruits that start with k are generally eaten fresh, but they can be added into drinks as well. 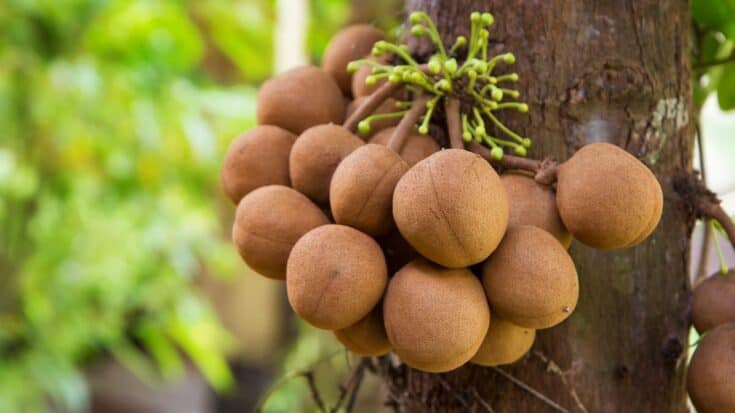 Kepel is a small fruit with a round shape that tastes better than it looks. Its skin is brown, rough, and tough. But, the inside of the kepel fruit has a smooth, bright yellow, creamy flesh.

Its lovely texture and papaya-like flavor make it a popular fruit in southeast Asia for juices and smoothies. It can be eaten fresh as well though. Luckily for many, kepel fruit can be harvested year-round, so its sweet flavors can be enjoyed all the time! 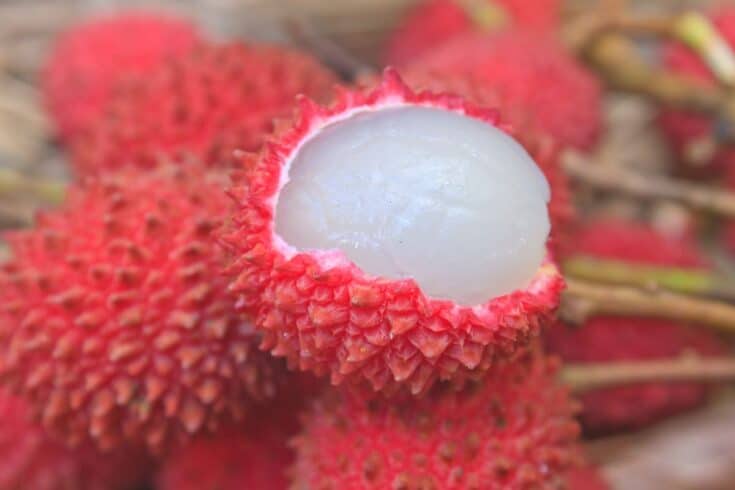 If you have ever tried a lychee, you will know what a korlan fruit tastes like. Korlan is a type of wild lychee that has an oval shape, and a tangy taste.

These fruits that start with k are a rare fruit to find despite being grown in the wild. Its flavor and texture are a lot like lychee and rambutan, but it’s mainly touted for its numerous health benefits.

Korlan fruit grows in subtropical regions throughout southeast Asian countries, and can grow in the hot summer months. 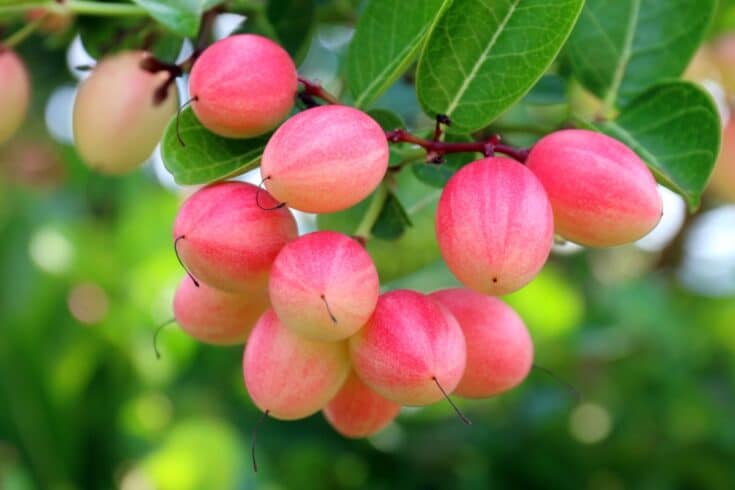 Karonda fruit has many names including Bengal currant and Christ’s thorn. The Indian fruit is similar to the British black currant, but has fewer seeds inside. It has the typical tangy taste of currants, but isn’t usually eaten as-is.

These fruits starting with k grow from July to September, so you’ll typically find karonda chutneys during this season. 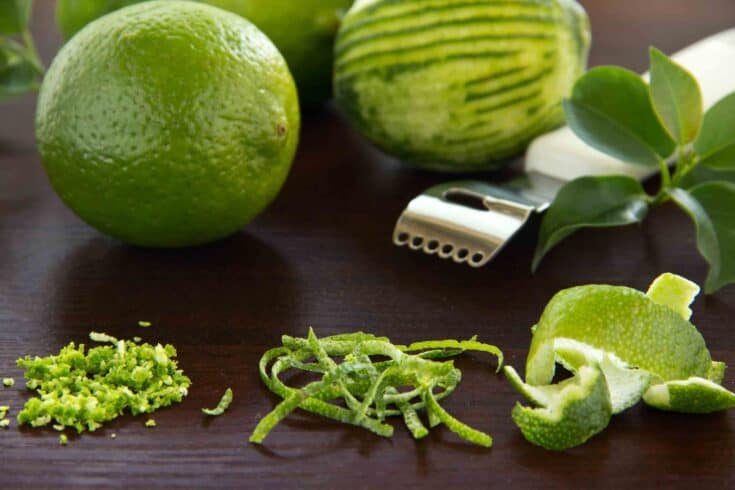 Kabosu may look like a very round lime, but it is a sweeter version of the green fruits. These fruits that start with k have a smooth green skin that covers a juicy, yellow flesh that has few seeds.

Harvested in the fall seasons of Japan, kabosu fruit is both tangy and sweet. It has a similar taste to yuzu, but kabosu is sweeter. Like most lime varieties, kabosu fruit is used mostly as a garnish in cooking.

Originating from China, kwai muk is an interesting looking fruit. The fruit has a bumpy and uneven shape that hides a tender orange-red flesh. When eaten as-is, kwai muk fruit has a relatively acidic taste.

But, once it’s dried or preserved in syrup, kwai muk fruit tastes a lot sweeter. It grows during the late summer, so many enjoy kwai muk as a refreshing summer snack.

These fruits that start with k look more like potatoes than apples! The knobby russet apple has a mix of green and rough brown skin. Bumpy knobby russet apples may not be the most appealing looking fruits from the outside, but on the inside they’re like any other apple.

The flesh is a pale color and has a dry texture. The firm knobby russet apple has a sour taste like Granny Smith apples, so it may be better in baking than as a fresh snack.

These unique apples starting with k grow in the United Kingdom during the early winter months.

More commonly known as the Australian desert raisin, kutjera has been a source of sustenance for aboriginal groups for a long time.

This berry sized fruit is usually ground and dried, and added into dishes. The ripe, chewy kutjera fruit gives dishes and sauces a nice caramel flavor.

When they’re fresh, kutjera is an edible berry with a chewy texture. It has a strong taste, so it’s best to use it only as a condiment. 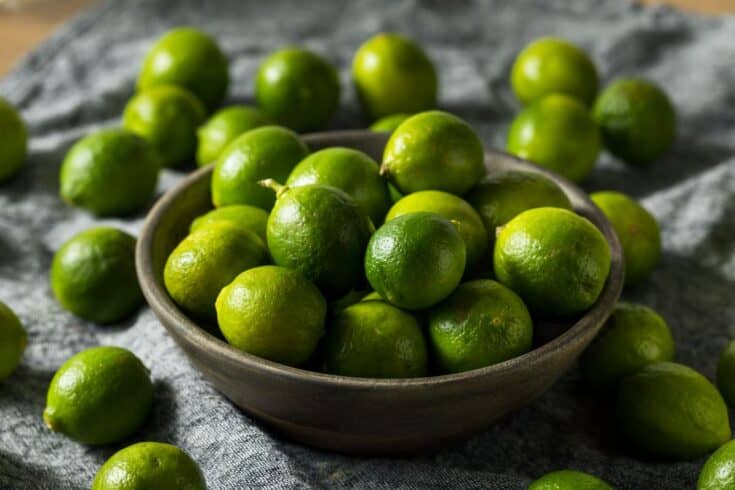 The small key lime, is a more rounded type of lime that has a yellow-ish green smooth skin. The juicy pulp inside has a sweeter flavor than regular acidic limes, but are still quite tart.

Key limes grow mostly in Florida during the summer, which is why it’s typically used in refreshing dishes. One of the most popular ways to use these fruits that start with k is to use them to make the classic key lime pie! Check out this Key Lime Cheesecake Pie!