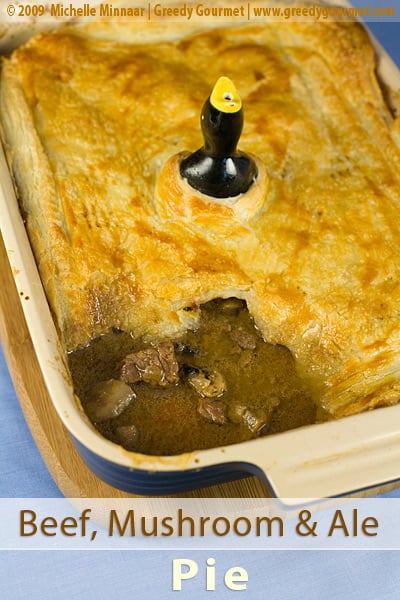 Four days after Gabriel’s birthday it was Neil’s turn to celebrate his. After countless offers from my parents to take him out for a meal he still preferred my home cooking to any restaurants in the area and with good reason.

There are two pubs in the tiny village, called Canewdon, I live in. One is called The Chequers and the other The Anchor Inn. The latter’s food is on the dismal side and it’s a ghost town on most evenings while The Chequers is bursting at its seams with clientele. The Chequers is believed to be owned by Jamie Oliver’s family and my parents loved hanging out there.

While Neil was at work my father and I ventured to the nice pub and ordered Chicken Satay for starters and duck breast with apricot sauce for a main course. What was placed before me was anything but Chicken Satay. The meat on the skewers resembled something that comes out of the frozen section from a price-cut store, which was then chucked in a deep fryer since it was over-browned and glistening with oil. The pieces were perfectly formed and upon further inspection I couldn’t even see a grain in the meat. The sauce was a watery chilli one.

The duck breast was delicious but the vegetables were another story. Now I’ve boiled broccoli many times in my life. There are three possible outcomes: overcooked and mushy, perfectly cooked and tender or undercooked and crunchy. The broccoli and cauliflower were tough and the edges were scorched brown. I clicked. They gave us last night’s leftover vegetables and microwaved it!

My sticky toffee pudding was burned to death and very unapologetically I sent it back in a blink of an eye.

While we were eating my mother was babysitting Gabriel at home and I relieved her while my father took her out to lunch. Unfortunately, they ended up sitting right opposite the kitchen and saw how every single meal came out of the microwave. There were two of them and they were working over time. What a shame its standards have gone down so much…

Having worked in a “gastro” pub, more accurately a “microwave” pub, myself for a full four weeks (any longer and I would have died), I know the problem is not local. Especially in these days of economic hardship we want bang for our buck. In terms of food at restaurants we want fresh and quality produce, not a ready-made meal we could have bought at half the price from the supermarket and microwaved it at home.

Although the pie took in total about three hours to prepare, it was worth every crumb of pastry and dribble of sauce. At least we knew exactly what we were eating. 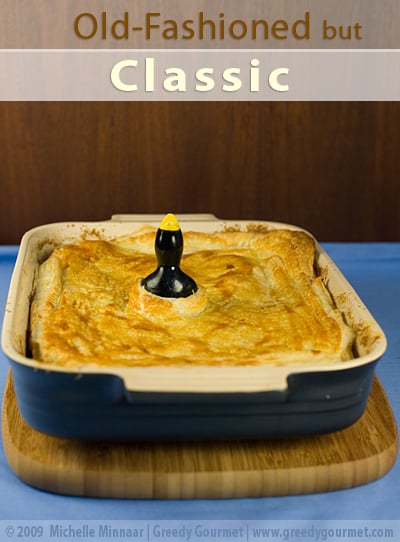