Sandos San Blas Resort was built with the idea of keeping the natural habitat intact while also conserving surrounding areas as much as possible. One of its attractions is the Reserva Ambiental de San Blas, which is an educational experience for inquisitive tourists. 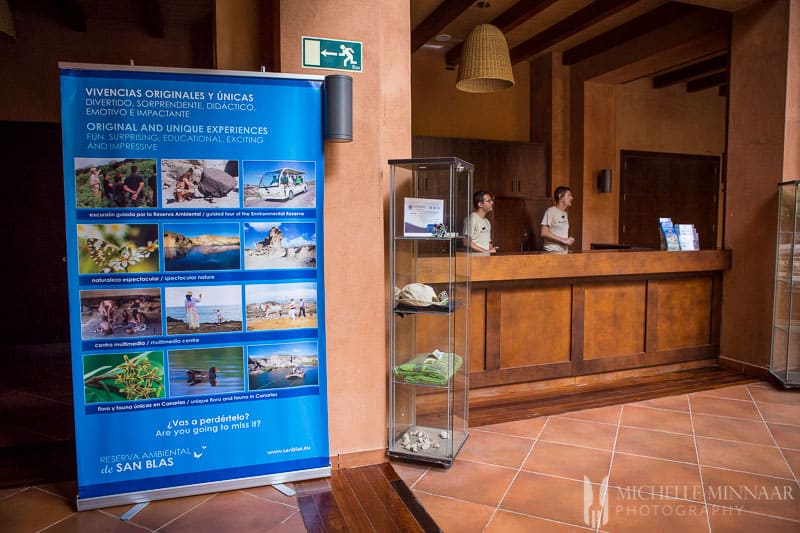 Hotel guests receive special rates but the tour is open to the public as well. Before I tell you about the tour, I’d like you to take heed.

Wear proper walking shoes! Although the first half the tour is classroom stuff, the second half you will find yourself out in the wild. Forget about even pavements, clear markings and any mollycoddling the nanny state known as Britain would do for you. Refreshingly, here in Spain you actually have to use your eyes, ears and head to go about and for once be more aware as you cover the rugged terrain. Secondly, wear suncream. Lots of it. Plus a sunhat, sun glasses and whatever else you can think of. Be ready to channel your inner Indiana Jones. We struck it lucky on the day that it was uncharacteristically cloudy in the south of Tenerife. 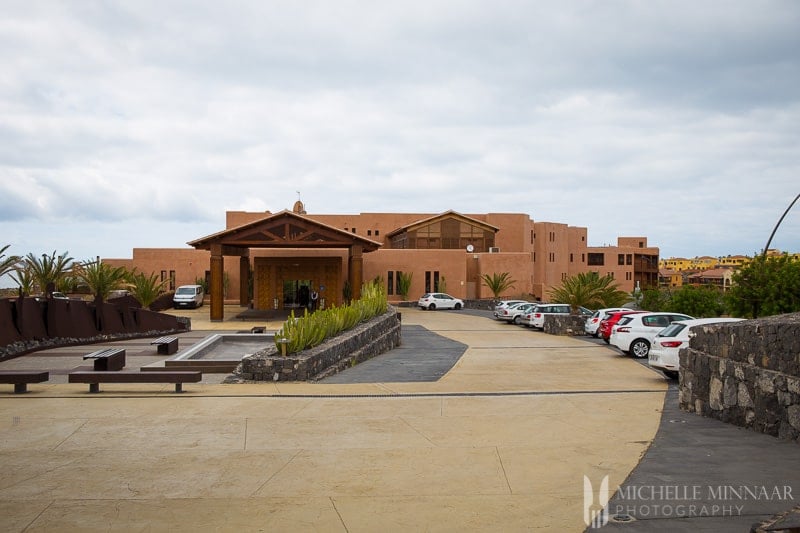 The tour is split into three sections. In the depths of the building’s belly is where tour starts. The first part, dubbed the Historical Experience Tunnel, is full sensory experience explaining the formation of Tenerife, simulating earthquakes and describing the natural conditions. You walk from room to room as time and events progress through history. Conditions are recreated to help you experience and understand what life was like before the internet, such as what it’s like to be at sea in dodgy boat with nauseous people and screaming babies. No wait, this still happens today. 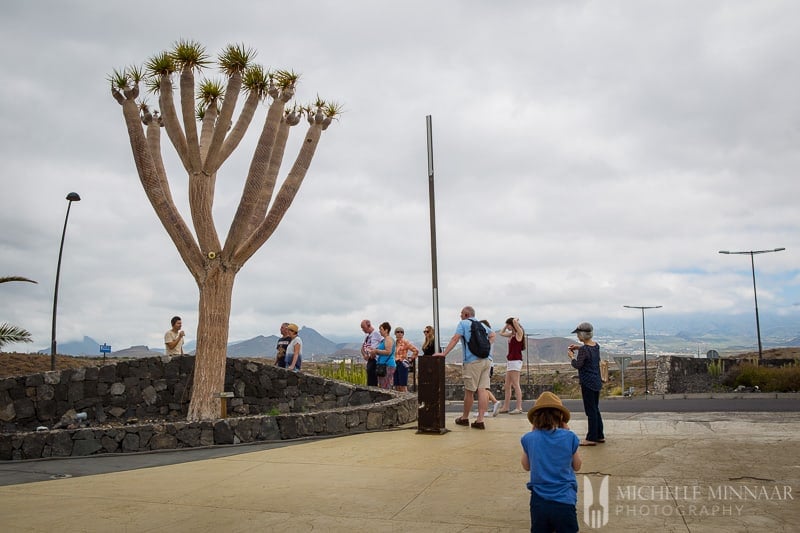 The second part lasts another 20 minutes and you are guided to a large theatre with plenty of swivel chairs in the center. Each of the four walls have got a screen and a video plays on each one in turn, which is where the chairs come in handy as you need to change direction. Museum pieces, protected by glass are installed in the walls. 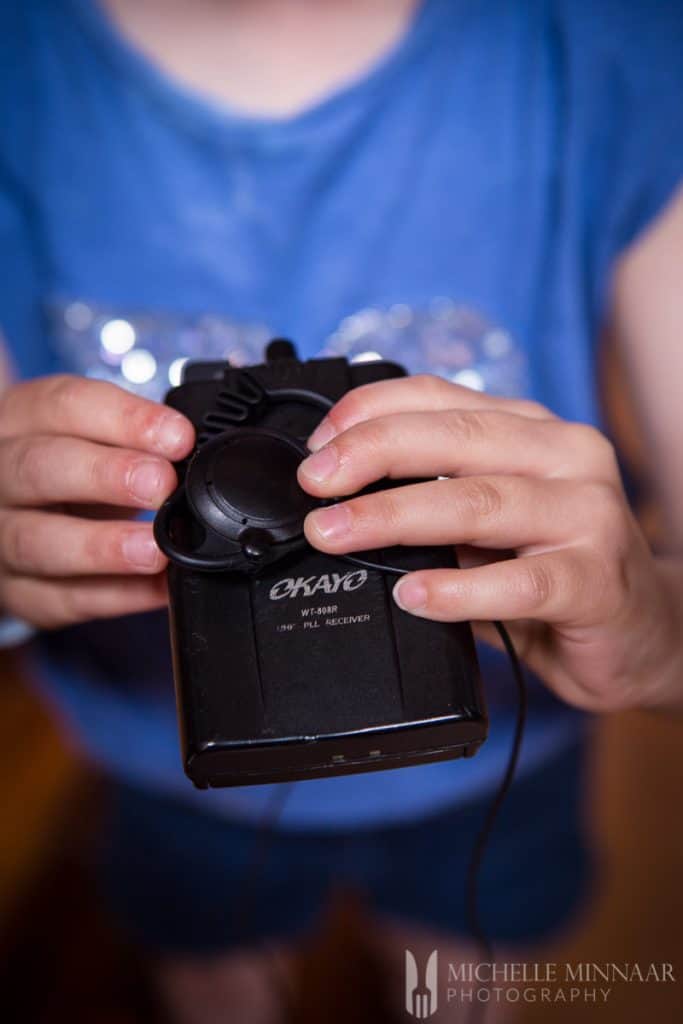 Armed with newfound knowledge, you have now graduated to experience the real deal in the outside world, the San Blas Ravine. 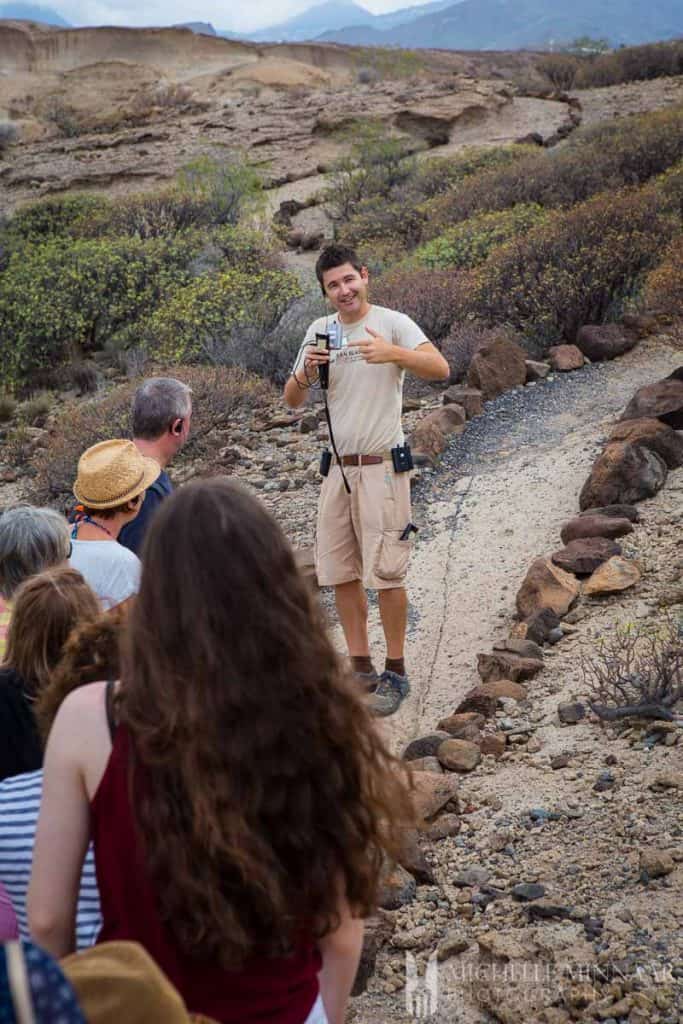 Hotel guests are free to go for walks whenever pleases them but much more can be gained by taking the tour and going on a few self-guided walks later.

You are handed flimsy headphones. If you have small ears, be prepared to have it consistently fall off. Unlike me, who keeps stopping and capturing whatever tickles my fancy like a maniac, it’s best to stick to the tour guide. If you are out of range, you will lose reception and the recording will cut off. Seriously, why wouldn’t you want to stay close to this happy, smily man?!? 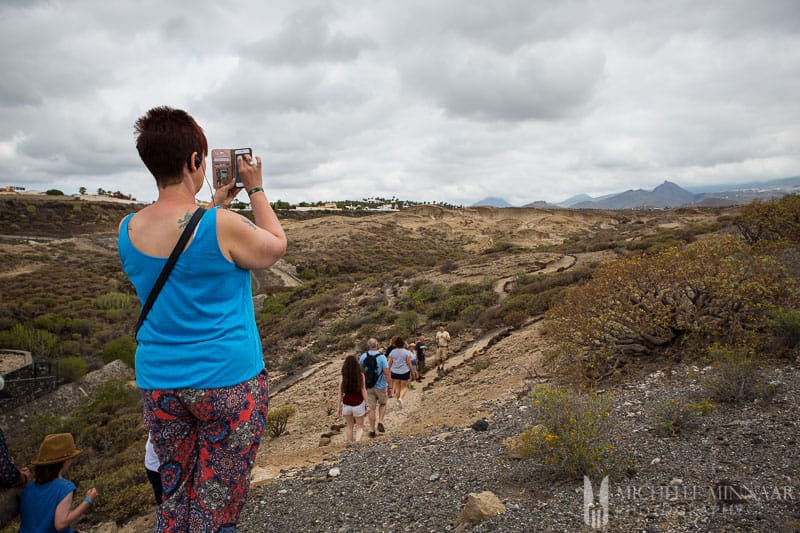 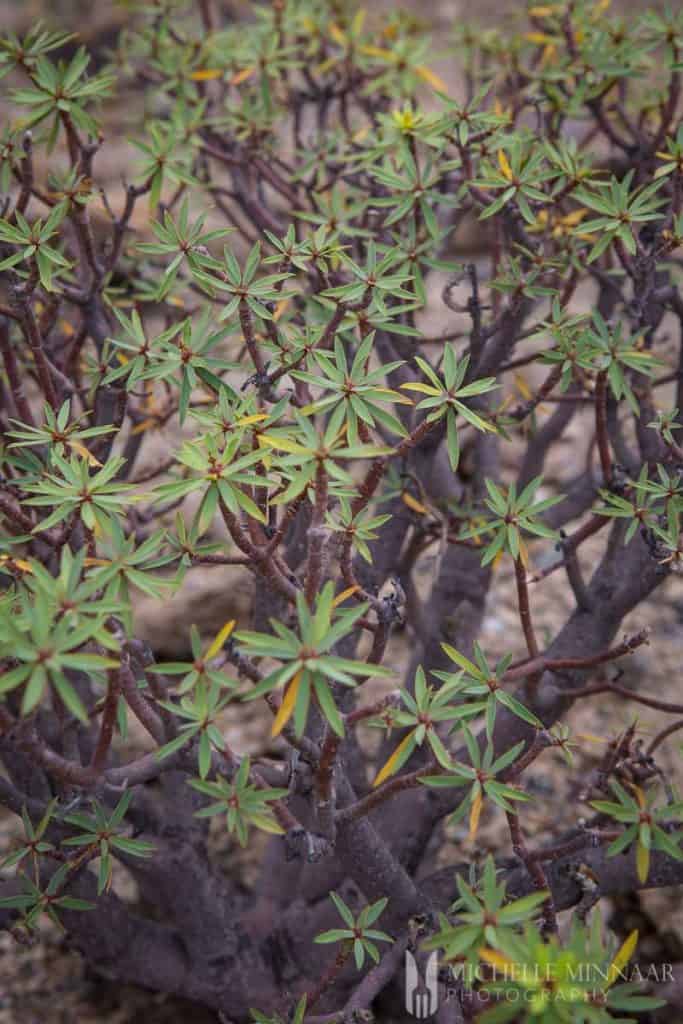 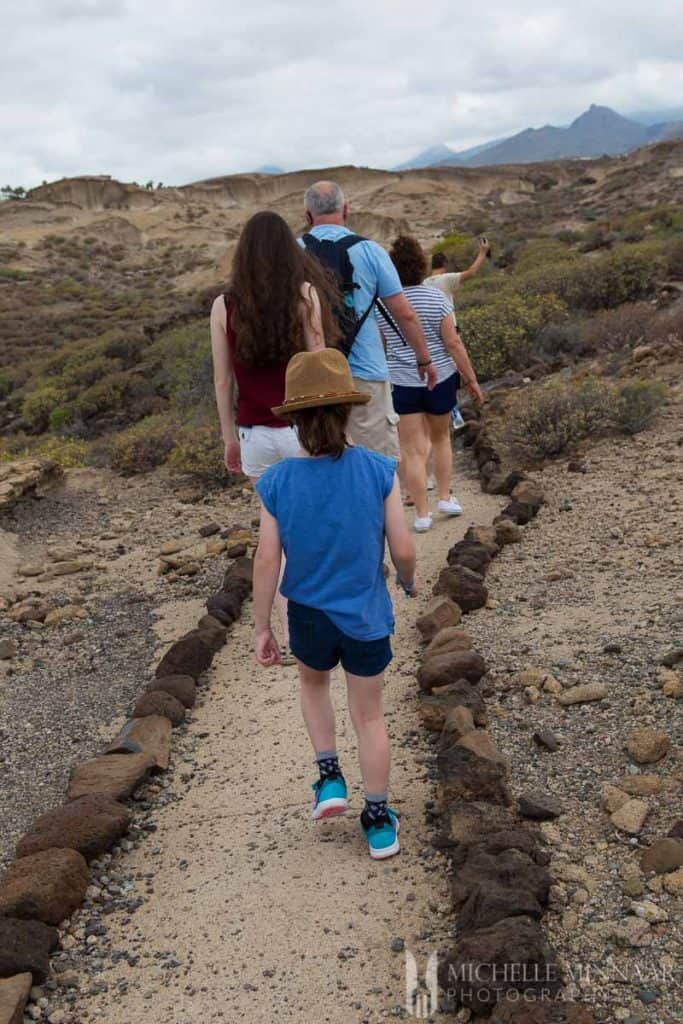 We left the hotel and hit the road. The tour guide stopped us at places, pointing out indigenous plants and telling bit of history.

This is a far cry from green pastures of England but the arid landscape is rather picturesque and there are a lot of photo opportunities. 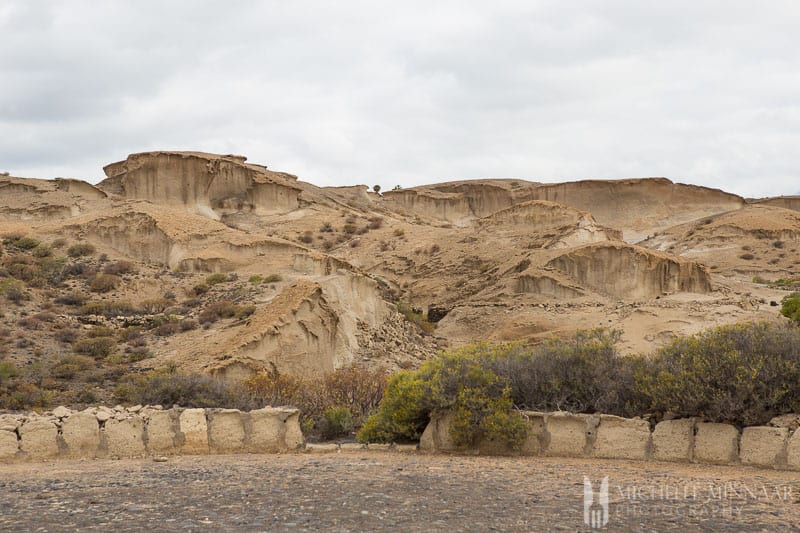 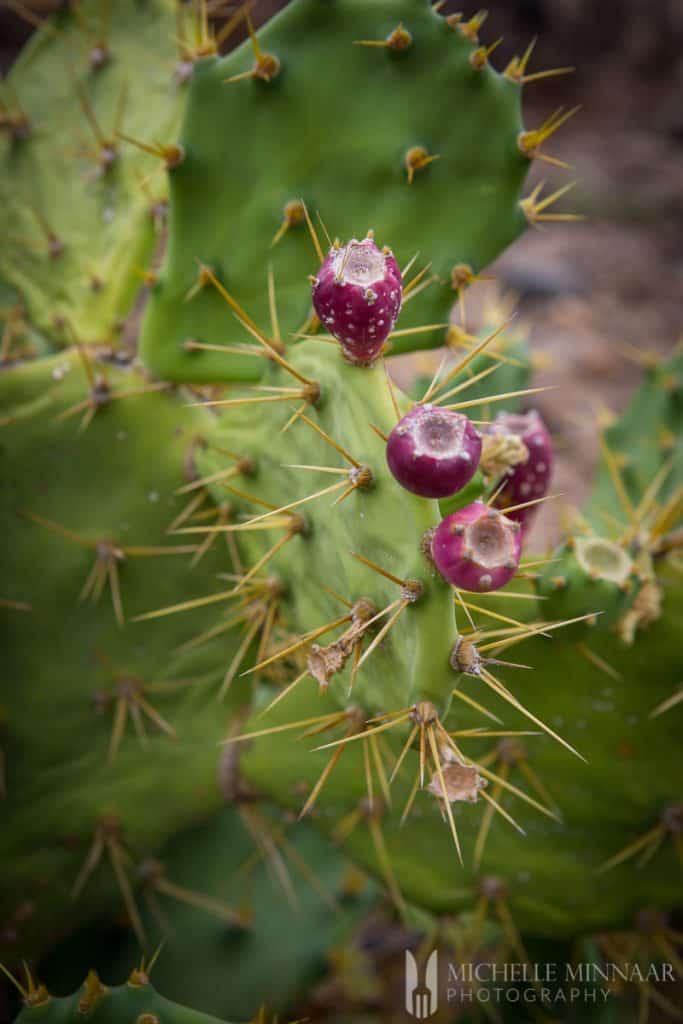 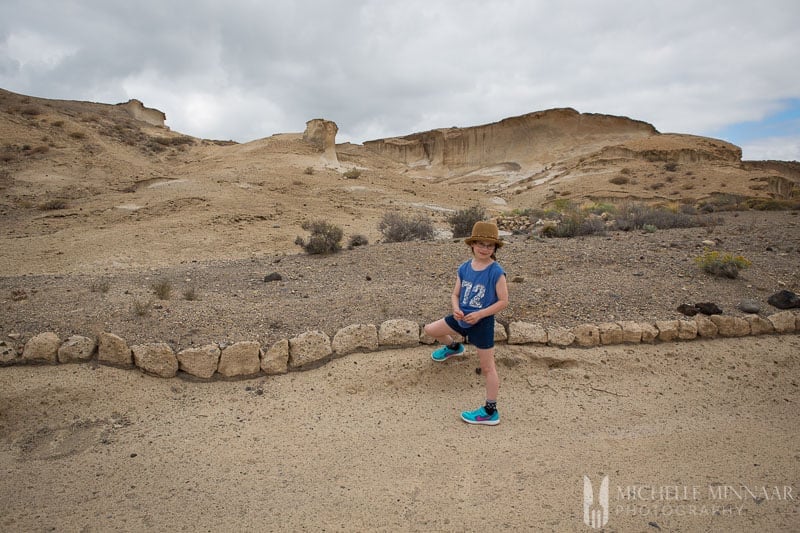 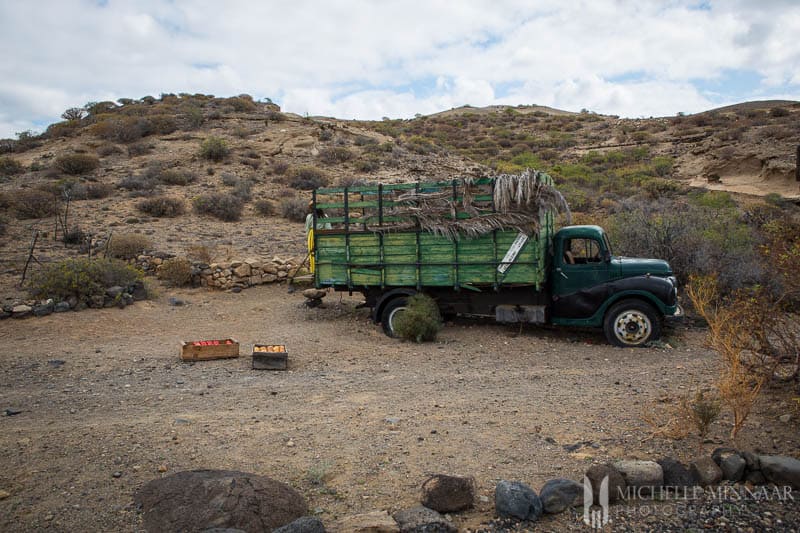 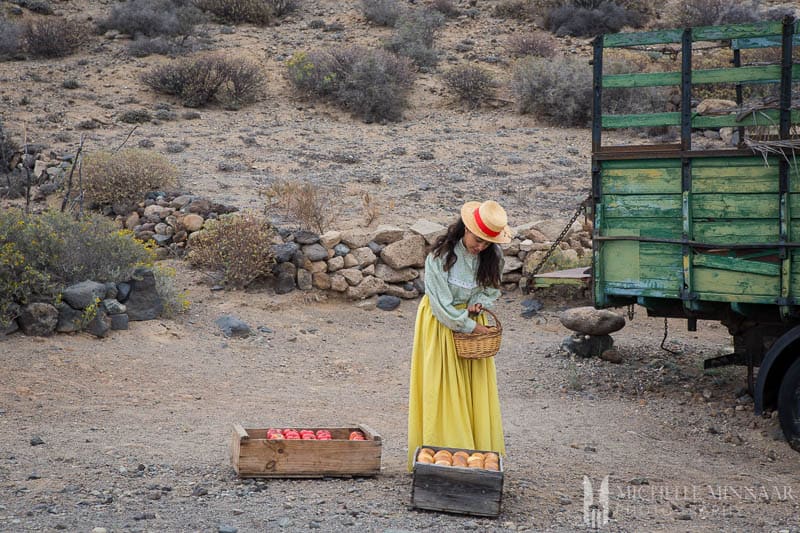 Assisting to make the tour come to life, there are a few instances where actors come along and act out scenes from the olden days -from selling apples to calling the gods, which adds to the colourful experience. 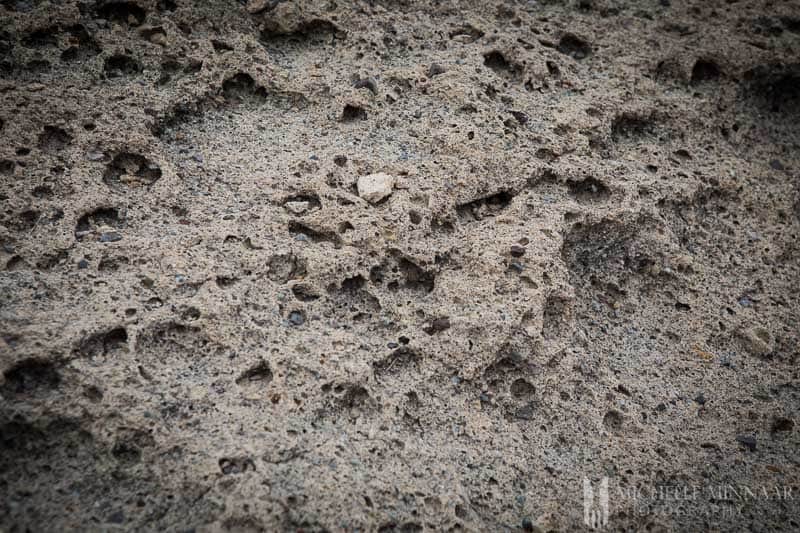 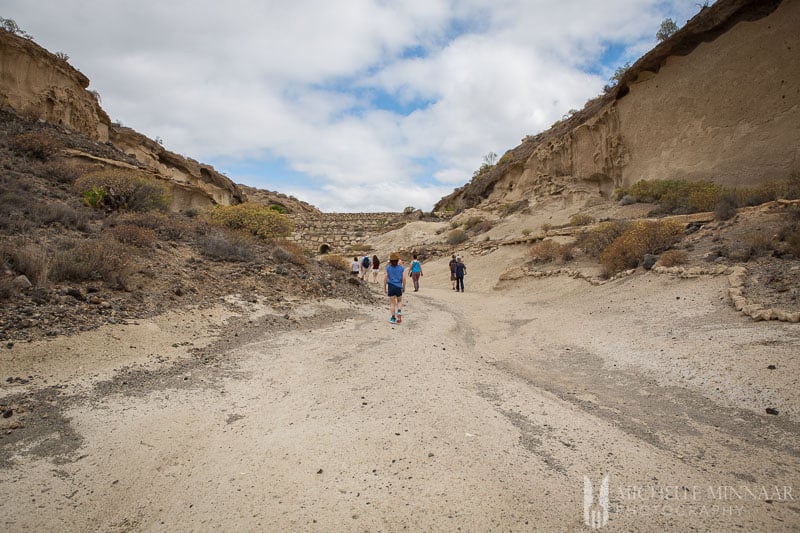 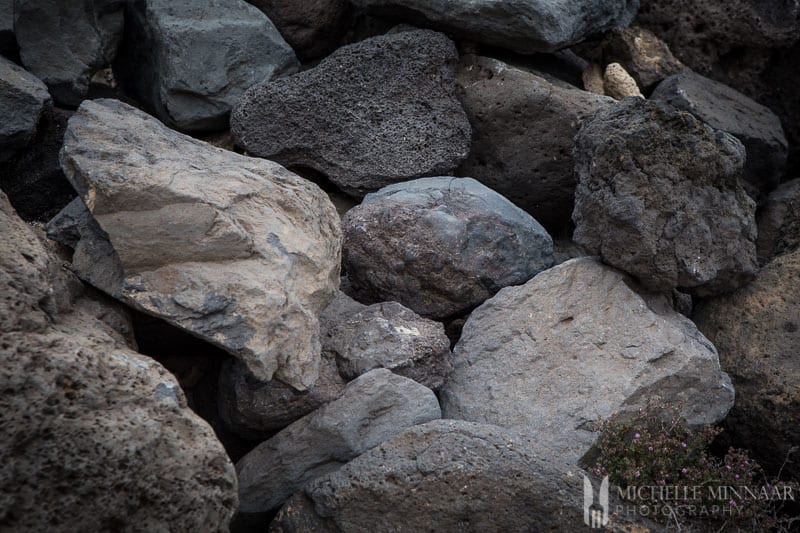 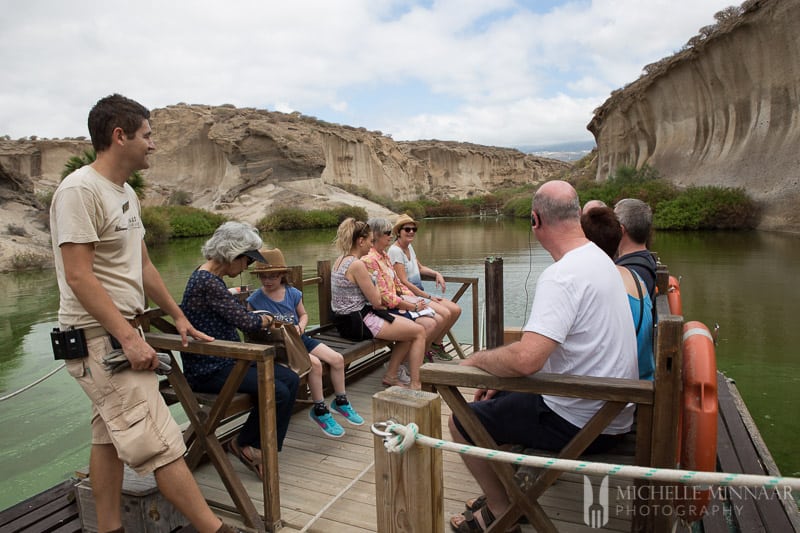 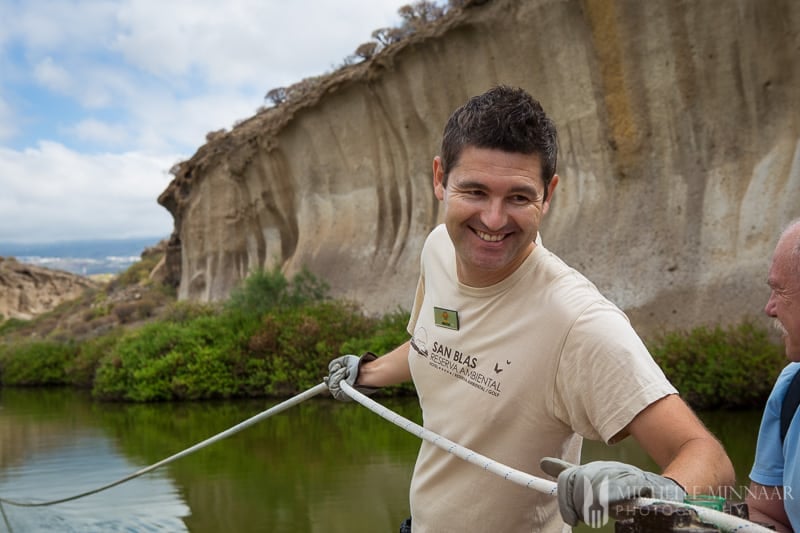 We walked deeper and deeper into the ravine and suddenly there was this little oasis, with boat and all. The guide pulled at a rope which made the boat slowly glide across the dam on the thick green water. 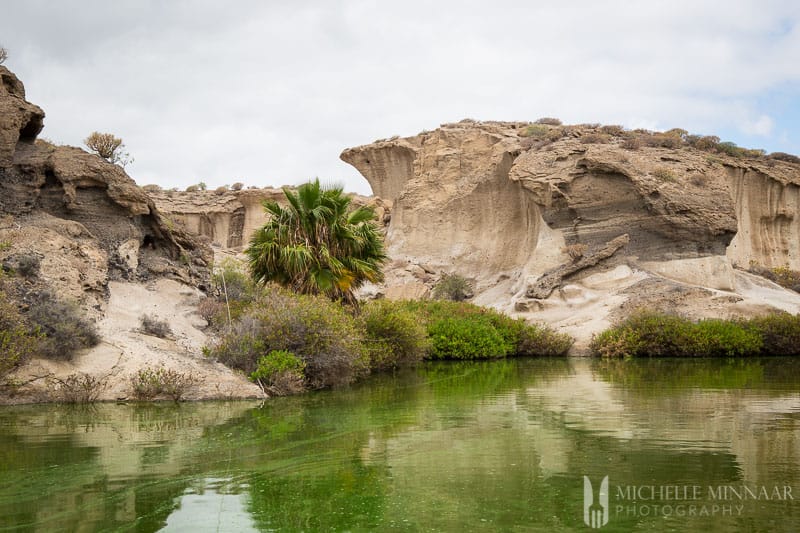 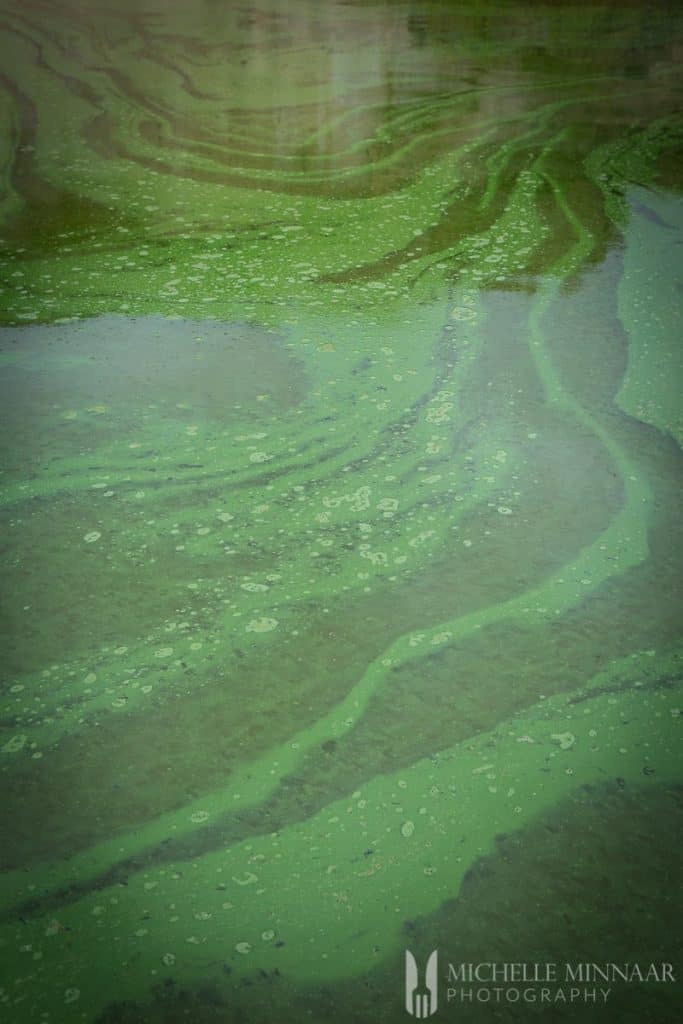 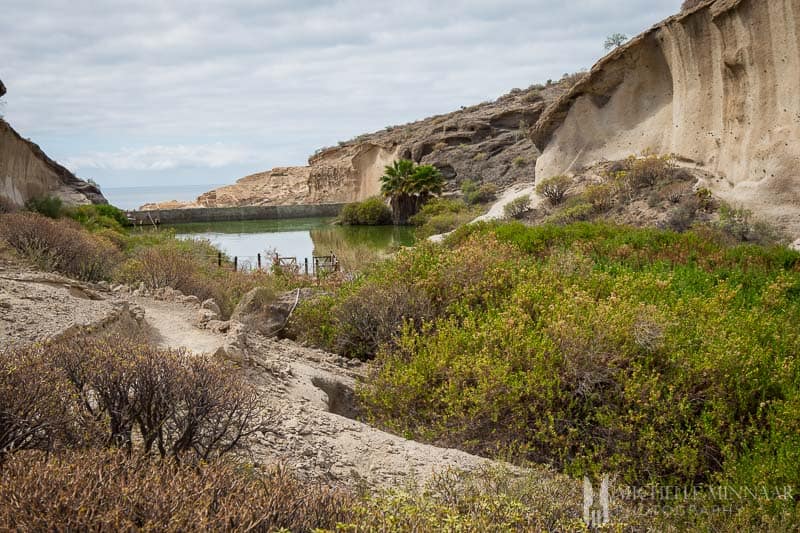 After a little break off our feet we climbed up, up and up, and admired the view from the top. The “grass” is greener on the other side indeed. 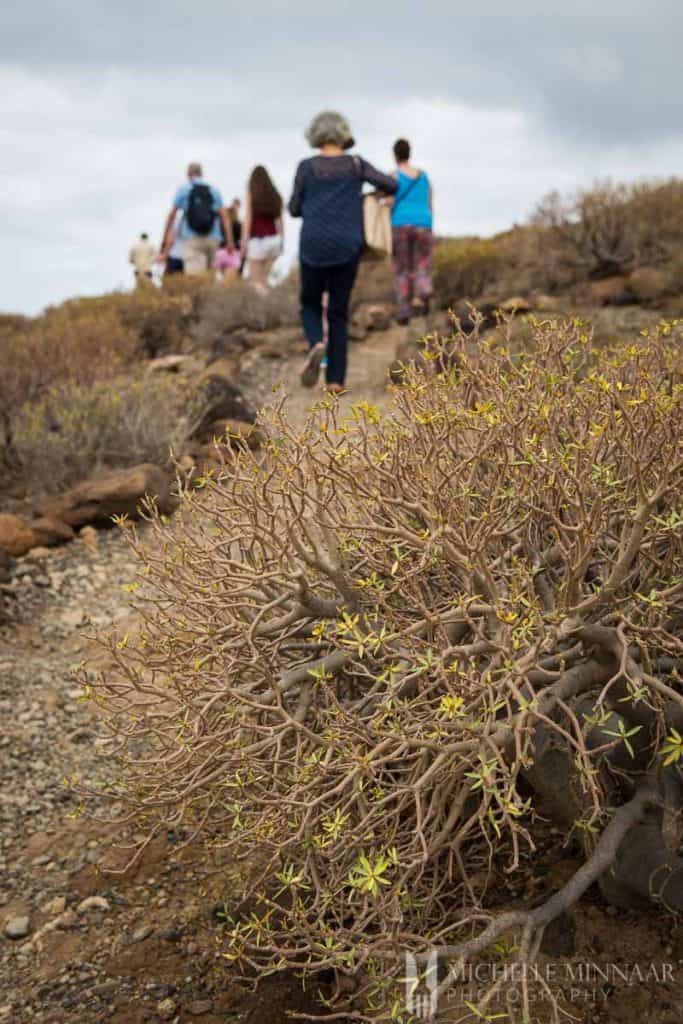 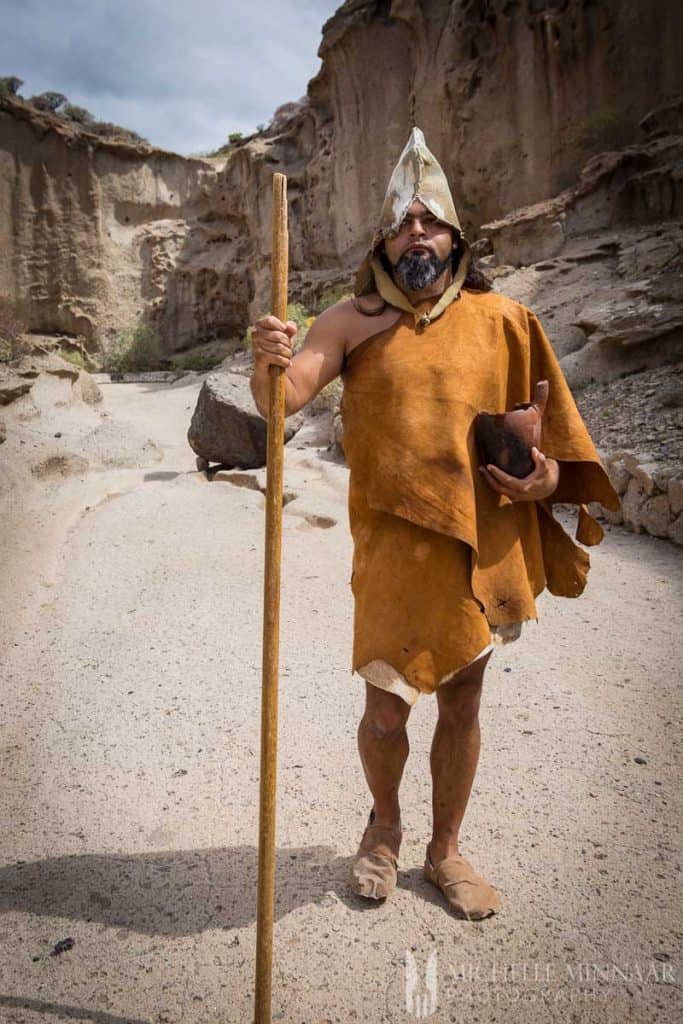 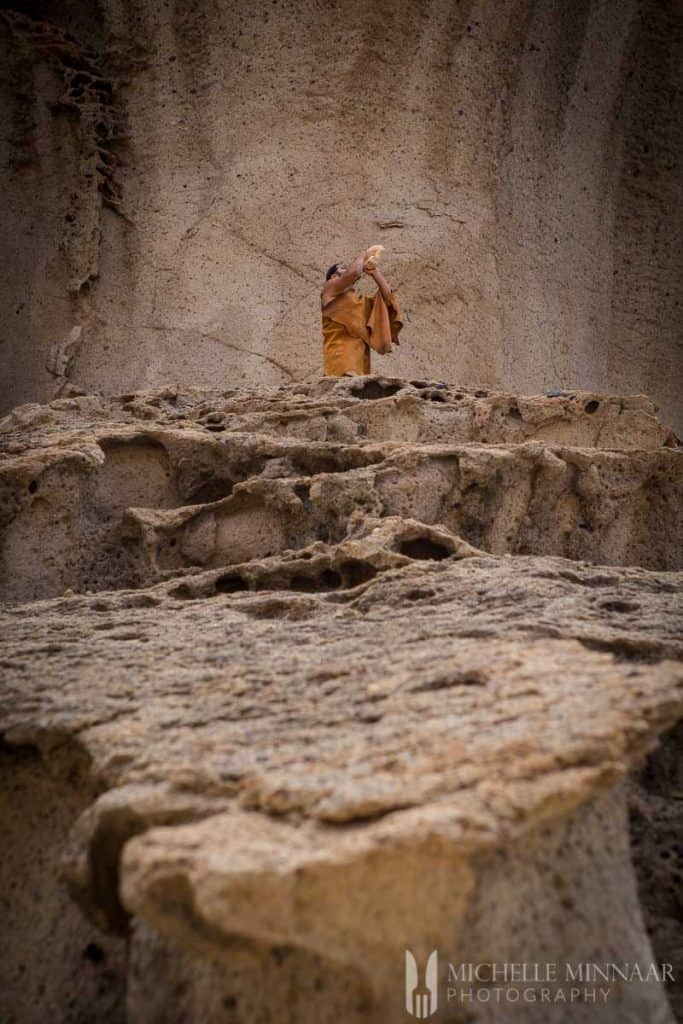 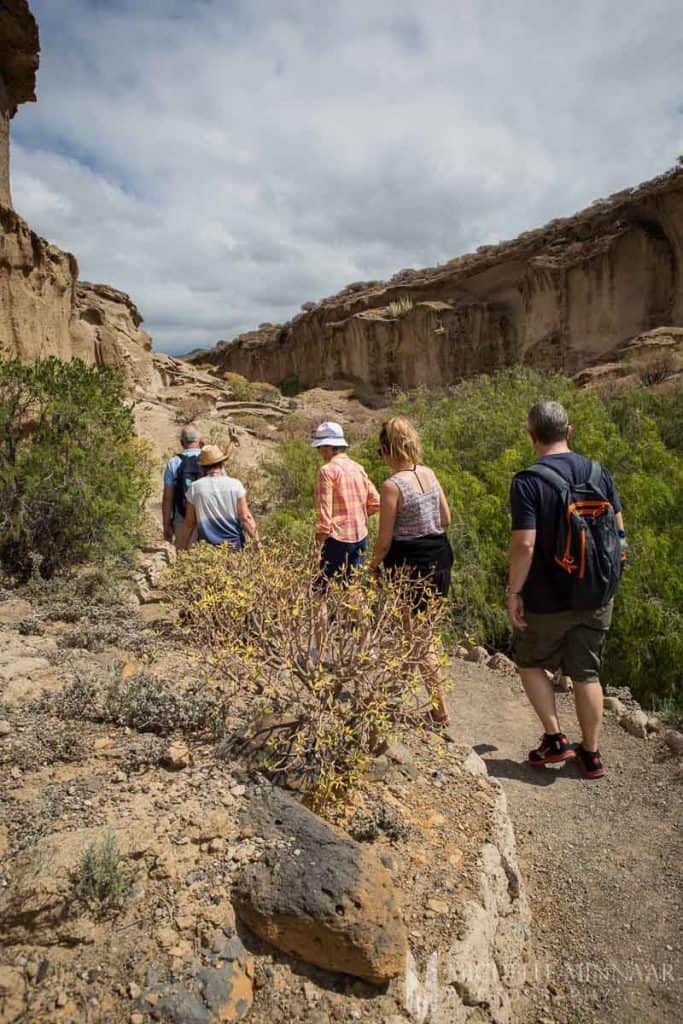 Sweaty and tired after so many steps – yes, my FitBit was in a state of shock – it appeared that the tour finished. I couldn’t help but fret…. did we have to walk all the way back?!? Fortunately not, there was a little cart waiting to take us back to the hotel. Phew. 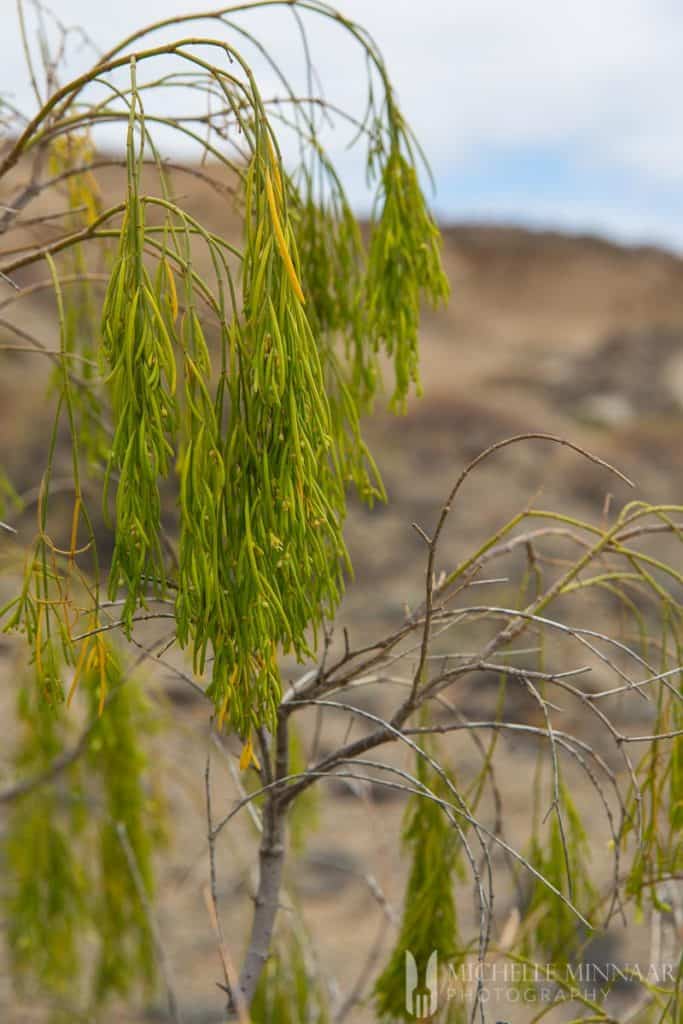 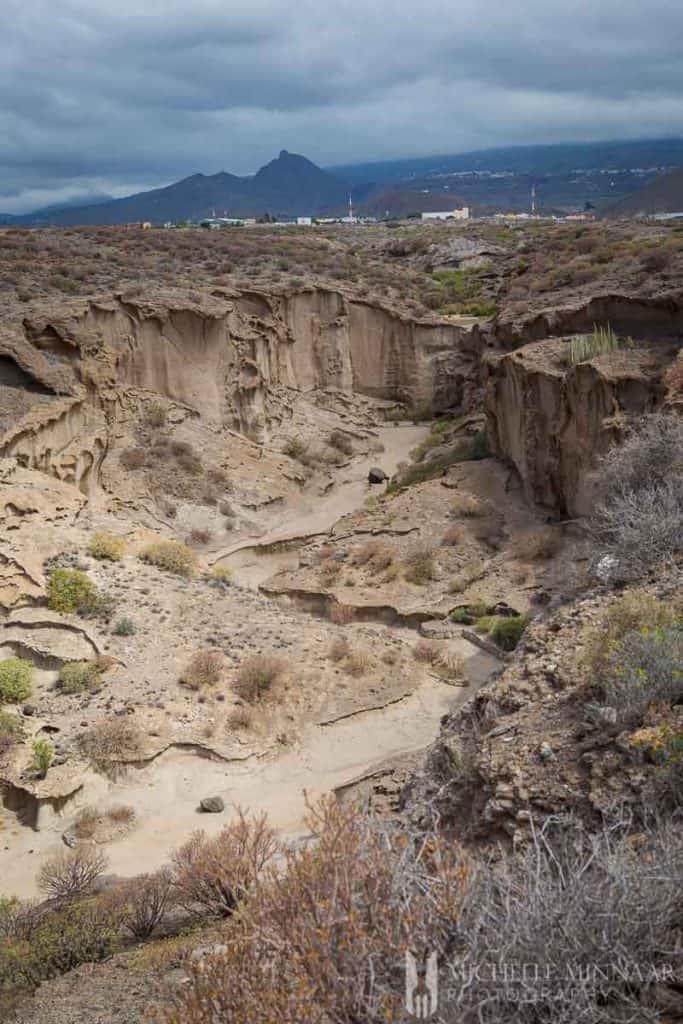 Surprisingly, Tenerife has a rich history, human and flora-wise. The trip is well-designed and balanced with theory and experience. The pace was good and at no point was I bored, neither was my six-year old daughter. Fortunately, there are no venomous snakes or poisonous creepy crawlies on the island, so you’re safe. Oh, and don’t forget to bring along water!

More information can be found here. 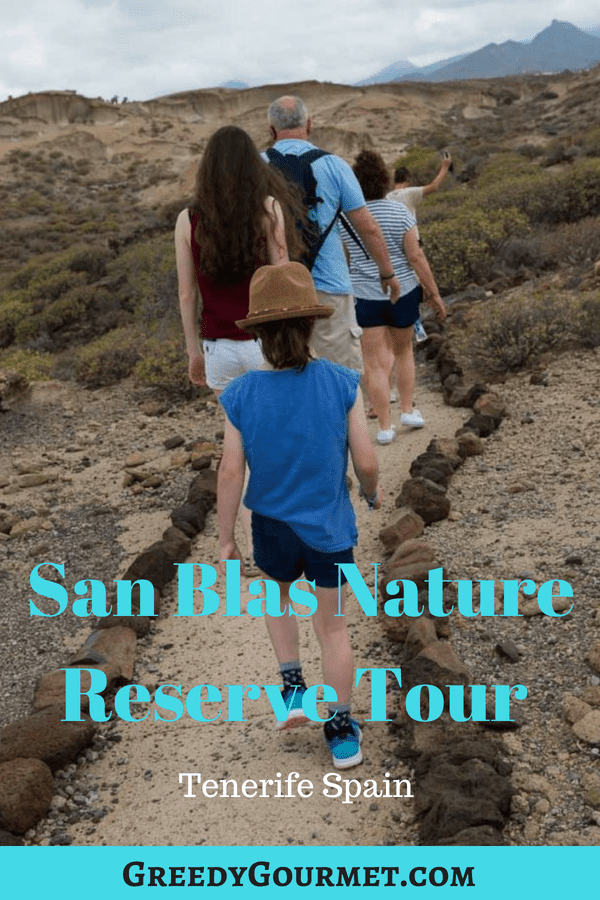 A special thanks to canarias.com for assisting with car hire that helped me to reach all my destinations in Tenerife.