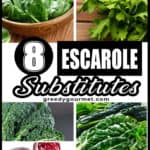 Have you ever come across cooking with escarole? Lucky you! This leafy lettuce-like vegetable is just what you need when you are looking to add a bit of crunch to your meal.

If you haven’t yet heard of escarole or don’t really know exactly what it is, how to consume it, or what to substitute it with – not to worry. This article is equipped with the best suggestions for escarole substitutes and you’ll learn all there is to know about escarole.

This article is handy if you are looking for different ways of preparing, cooking and serving escarole. So keep reading for more information!

Escarole is a type of endive that belongs to the chicory family. You can find the exact definition here. You might also know escarole as scarola, scarole, broad-leaved endive, grumolo, Batavian endive or Bavarian endive. It is a green and leafy vegetable that is commonly used in salads, in a similar fashion as with other endives.

You can eat it raw, grill it, sauté it or even cook it and use it in soups or stews. In summary, it is a sort of lettuce which is similar to a lot of greens. Therefore, there are a lot of escarole substitutes! To learn more about endives, click here.

What you should look for when you are looking for escarole is a salad-looking vegetable with broad leaves. You can tell escaroles apart from other endives and other escarole substitutes by their pale green leaves.

They are much broader and almost have a rough and coarse texture on the top. The bottom generally looks like a classical endive. Look at the picture above to get an idea of how to recognize escarole in a store. How about making tuna lettuce wraps?

Escarole has a slightly bitter taste. If you compare it to a curly endive, it’s almost as bitter but the escarole is a bit smoother. When you bite into the outer leaves, which are darker and courser, they are more bitter than the inner lighter leaves.

When you cook the escarole, the bitter flavour will mellow out. It even holds it’s firm texture when cooked. Otherwise, it is crispy and crunchy.

Generally speaking, escarole is available all year-round. Although, you might have to go to a larger or a premium supermarket. The chances of you finding it in smaller or express stores is highly unlikely.

For the best possible escarole, you should buy it in the spring and summer months fresh from a farmer’s market.

Escarole and escarole substitutes are really easy to store. First cut the leaves up and wrap them up in paper towels. This is to prevent the escarole from becoming damp. If the escarole or any other types of green become wet, they rot a lot quicker.

When they are dry, they store much longer! So, once you complete this step, store them in an unsealed plastic bag. You’ll be able to store them in the refrigerator for up to four days. If your fridge is not as cold or if you have too many ingredients inside, then store them up to three days. 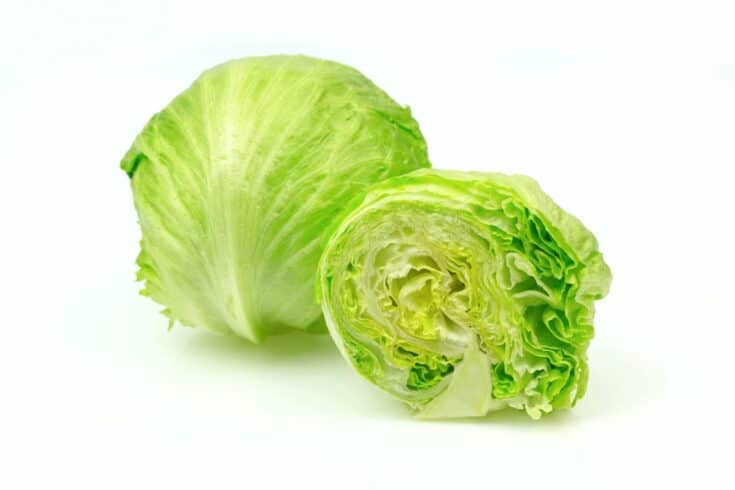 Since escarole is a lettuce-like vegetable, iceberg lettuce is one of the most common escarole substitutes. You’ll be able to source iceberg lettuce quite easily and it is commonly found in any supermarket.

Flavourwise, it is more mellow than escarole but holds a similar crunch when you bite into it. Nonetheless, escarole has more than three times the amount of vitamin A and fiber in the same weight as compared to iceberg lettuce. 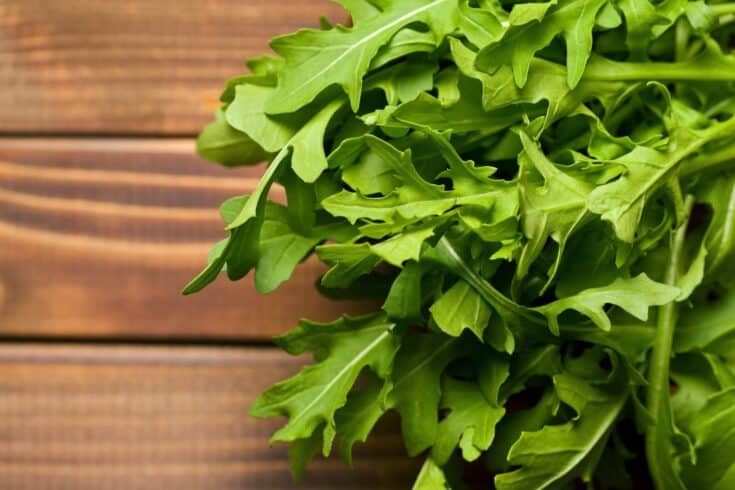 If you fancy the bitter aftertaste of escarole, then rocket salad is probably the substitute you want! Rocket salad is famous for its distinct bitter, almost peppery flavour. Sometimes, when picked fresh, it can be quite powerful and almost overwhelming.

However, it is a very delicious addition in salads as the tangy bitter flavour complements the other ingredients. It is commonly found in Italian cuisine, even as toppings. 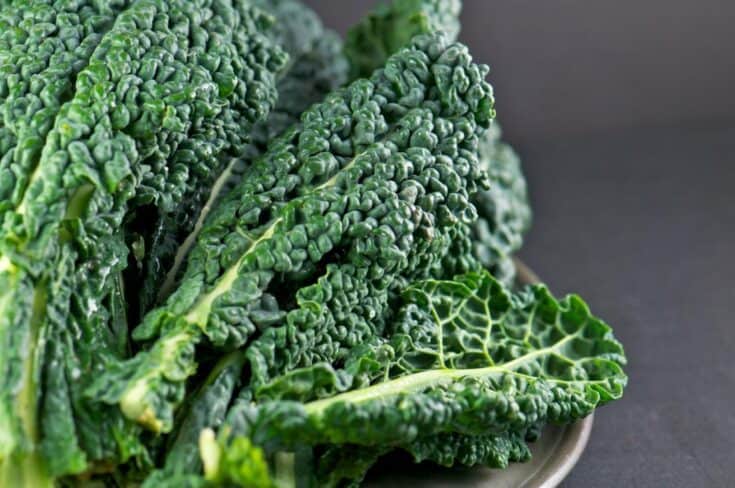 You might know kale from Asian dishes. It is very nice boiled, steam or pan-fried. When you don’t cook it completely through, it leaves a subtle bitter flavour in the leaves.

Although compared to escarole, the flavour profile is more peppery than bitter. Belonging in the cabbage family, kale comes in two forms: smooth or curly. You can use both varieties as substitutes for escarole.

Frisee is probably one of the crispest escarole substitutes, that is very commonly used in salads or in sides. Once you bite into this light green leaf, you’ll see that the frisee carries a firm crunch! Surprisingly, it also carries a very bitter flavour, so it is perfect if you haven’t got any escarole around. Have you ever made a fattoush salad from these? 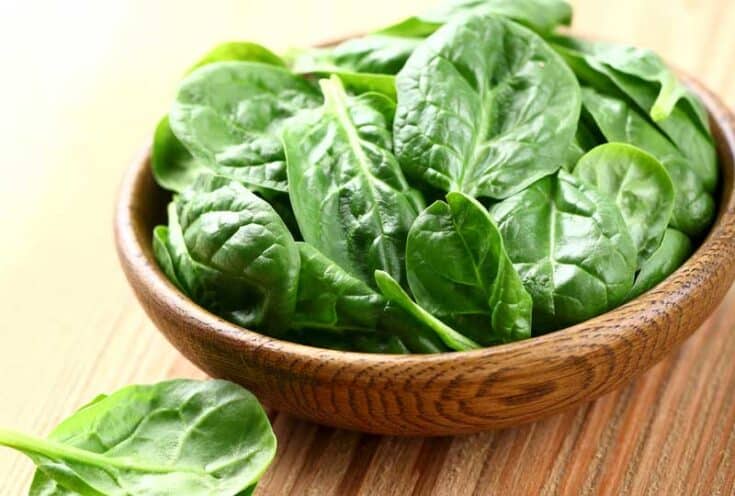 Spinach, also known as palak, is completely packed with iron. Compared to escarole, spinach leaves aren’t as bitter, but they much more versatile.

You can eat spinach as it is, pan-fry it, cook it as a side dish with butter or blend it in soups or smoothies. If you have a lot of leftovers, try making this creamed spinach recipe. 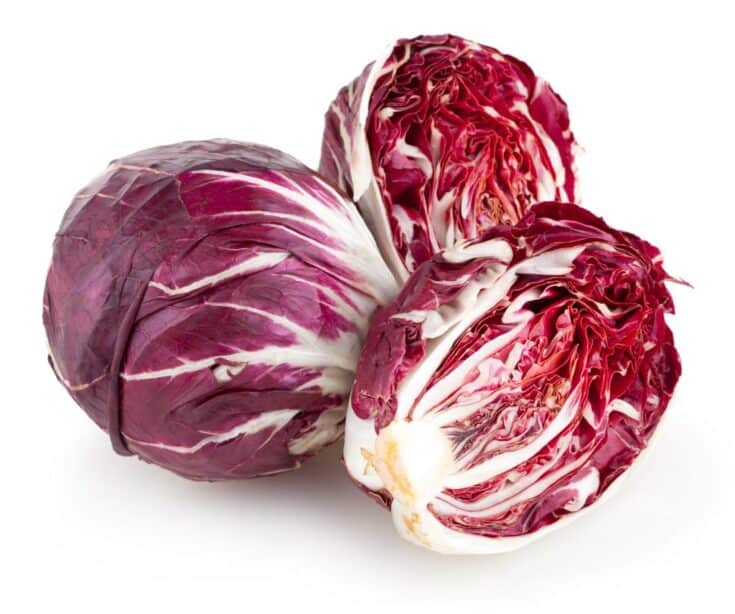 Radicchio also belongs to the chicory family and it is very common in Italian cuisine. Radicchio leaves have a deep red, sometimes almost purple colour.

They are quite bitter when it comes to flavour, so they are also one of the top escarole substitutes. They make a great addition to plain old salads or serve as a base for heavy meat dishes. Try making this vibrant and colourful summer salad. 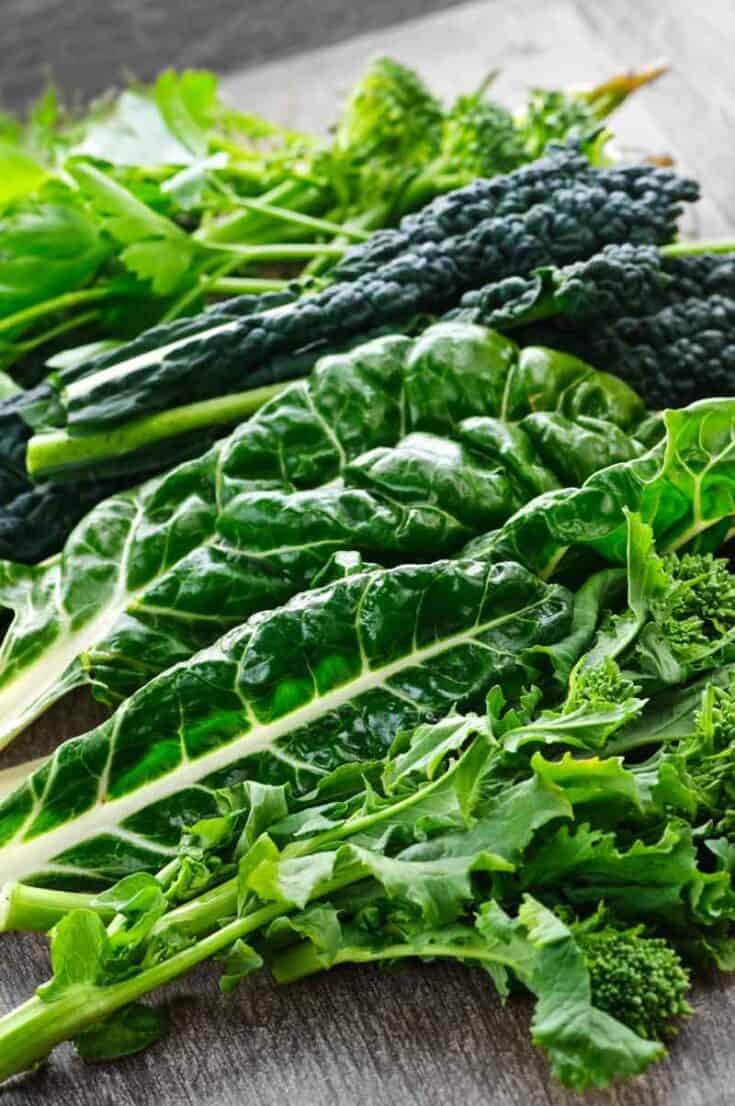 Chard has a very beautiful aesthetic in my opinion. I love decorating my salads with chard leaves. You’ll easily recognize them with their distinct red-pinkish veins that run along the chard leaf. In terms of taste, they are quite mild, however, they also carry a beet-like flavour.

Chard leaves take a little longer to cook, but the end result is totally worth it. It works wonders with this honey mustard dressing and an egg. Delish! 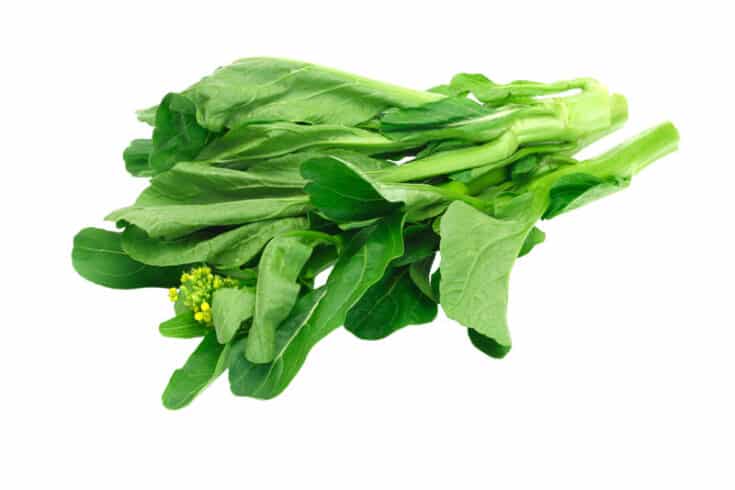 Mustard greens are very typical in Asian cuisine, as they are peppery and quite pungent when it comes to texture. They are more relatable to the kale family, but since they are bitter, they can easily be used as a substitute for escarole and jazz up any salad.