A succulent, sautéed lamb dish, originating from Spain – one of its most popular meat recipes which is easy to follow and quick to cook. 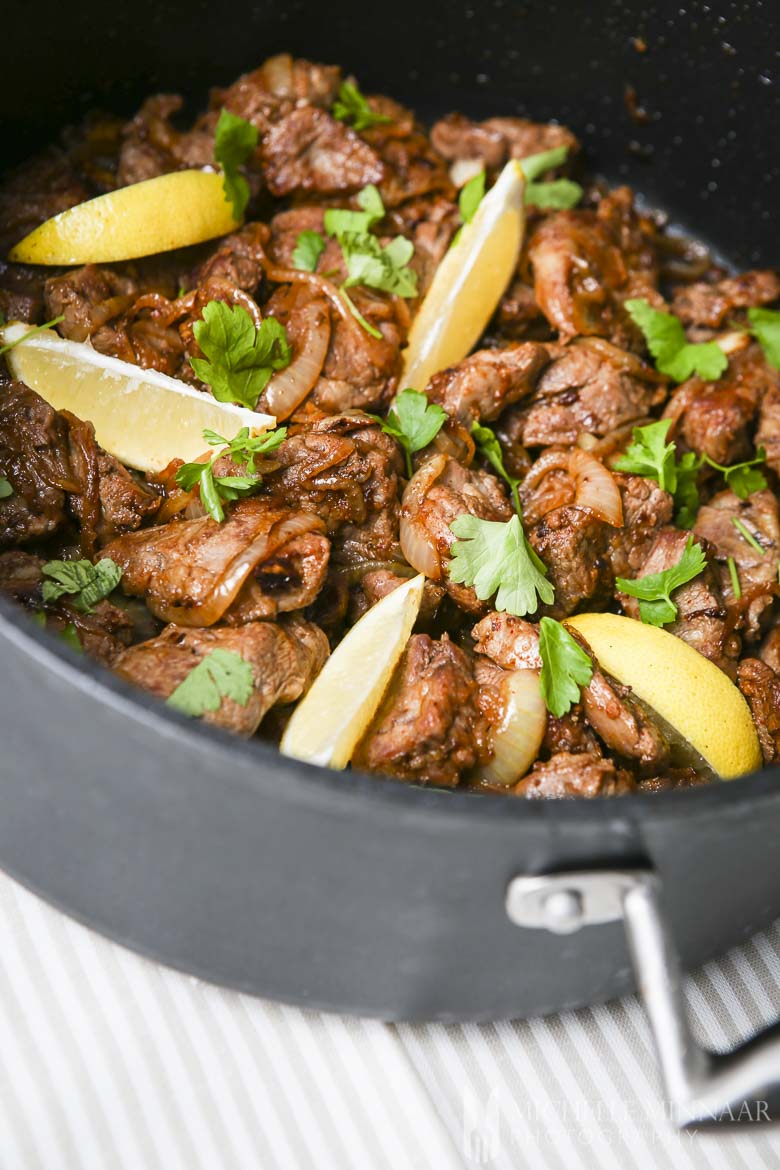 The end of 2016 has come and gone. As I start the New Year I’m loaded with photo shoots and making lists of all the work to be completed and my goals going forward for 2017.I have decided to take a five-minute break from my extremely busy schedule and browsing around online I click onto Lottoland UK and scroll through all their Jackpots. WOW!! That is a lot of money on one site! What a blast it would be starting the New Year by winning one of those jackpots; I’m just imagining what I would do with a prize like that…

I would travel the world, tasting and experimenting with every ingredient and dish I could find, from bustling metropolis’ to quaint villages. I would snap images of everything that moves and anything that doesn’t. I would start with… Spain… what better place to find a smorgasbord of food, wine, art, architecture, culture and dancing. Spain was once one of the most powerful and richest nations in Europe and is still the birthplace of one of the world’s greatest cultures.

Steeped in rich cultural history. From navigation pioneers and 16th-century conquistadores of the New World to 20th-century iconic art and architecture. Spaniards are blissful, gregarious people with a love of food and wine. They are deeply passionate romantics and sensual dancers. Unmistakably, it is one of the best countries in the world, catering to everyone’s holiday and travel dreams. Spaniards love to relax and what better way to relax than on the vast idyllic beaches during Siesta, nap time every afternoon between 1-5pm, or drinking their world famous Sangria. Sightseeing world renowned architecture like Antoni Gaudi’s magnum opus La Sagrada Familia, a Roman Catholic Church in Barcelona with the most confusing architecture, construction began in 1886 and is proposed to end in 2026, the centenary anniversary of the architect’s death.

Partying in Ibiza or touring the art galleries and museums, Spain is home to some of the most original and emblematic artists of the 20th century, Salvador Dali, Picasso, and Joan Miro whose expansive works can still be admired in various museums and galleries around Spain. This is the same country that brought us Flamenco music and dancing, Spanish guitars and Bullfighting, and let us not forget it is a football-crazed nation. 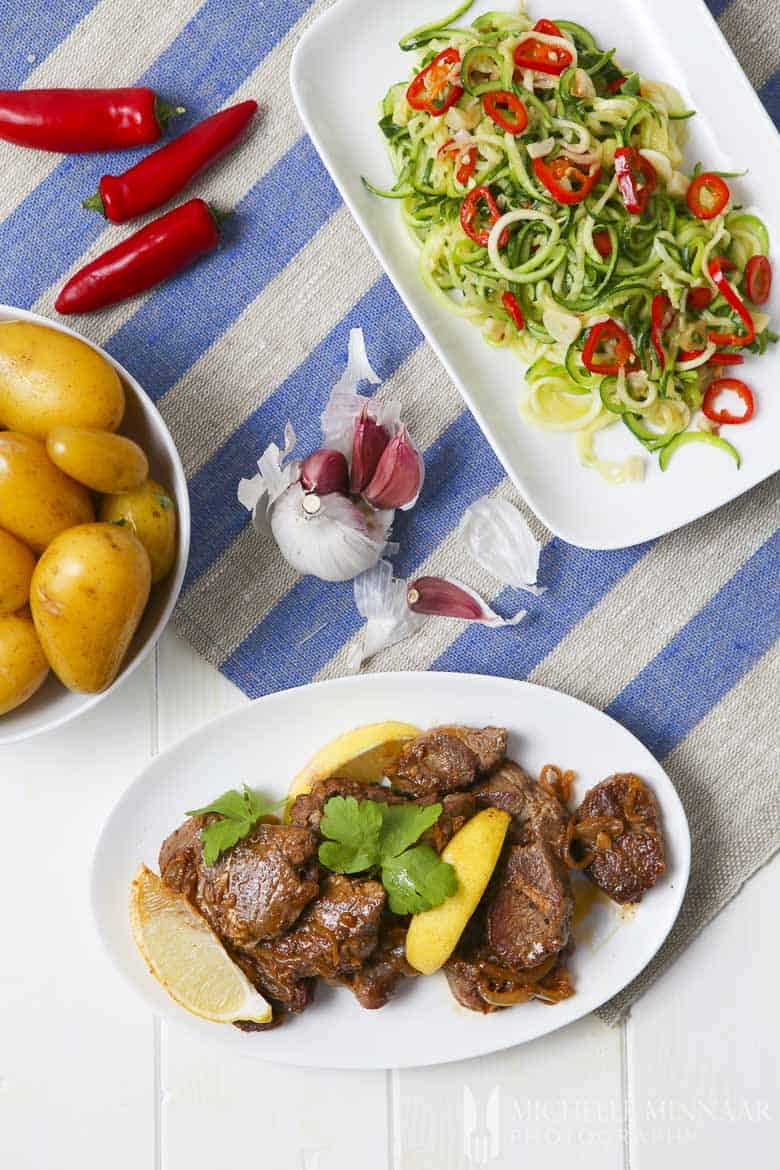 Spain has something for everyone with the most glorious food and drinks where every region boasts a completely different cuisine to the next. Cuisines entrenched in the vast global expansion of the Spanish Empire and influenced through time by ancient trade routes, exotic spices and ethnic ingredients. Spain has a culinary story tale which dates back to pre-history as wars have merged cultures and empires have risen and fallen. My personal favourite in any home or on any menu is lamb and the Spaniards have perfected the art of lamb cuisine.

Cochifrito de Cordero is one of my all-time favourites. “Cordero” means lamb. From Rogan Josh to the hot pot, to the shepherd’s pie, it’s safe to say that every culture and every household has its own take on lamb dishes. Cochifrito de Cordero is a delicious sautéed lamb dish that originated in Spain. It’s easy to make, and any chef can put their own culinary spin on it. Cochifrito de Cordero, sometimes simply referred to as ‘cochifrito‘, is a traditional spicy Spanish lamb dish. It may also be made from suckling pig or goat, and indeed the word ‘cochifrito‘ is a portmanteau of the Spanish words ‘cochinillo‘ which is a piglet that’s still nursing and “frito” which means fried.

Nonetheless, this dish is especially exquisite when it is made with ‘cordero‘ or lamb, as it has been for centuries. In fact, Cochifrito de Cordero dates back over 7 centuries and is inextricably linked to the rich shepherding culture in Spain. There are over 78,000 miles of sheep herding trails in Spain, which connect the many small mountain towns with extensive pastures where shepherds working in pairs or even alone will take thousands of sheep to graze for months at a time. This hearty and flavourful stew provides the energy needed for the long days spent corralling goats and sheep in the pastures. 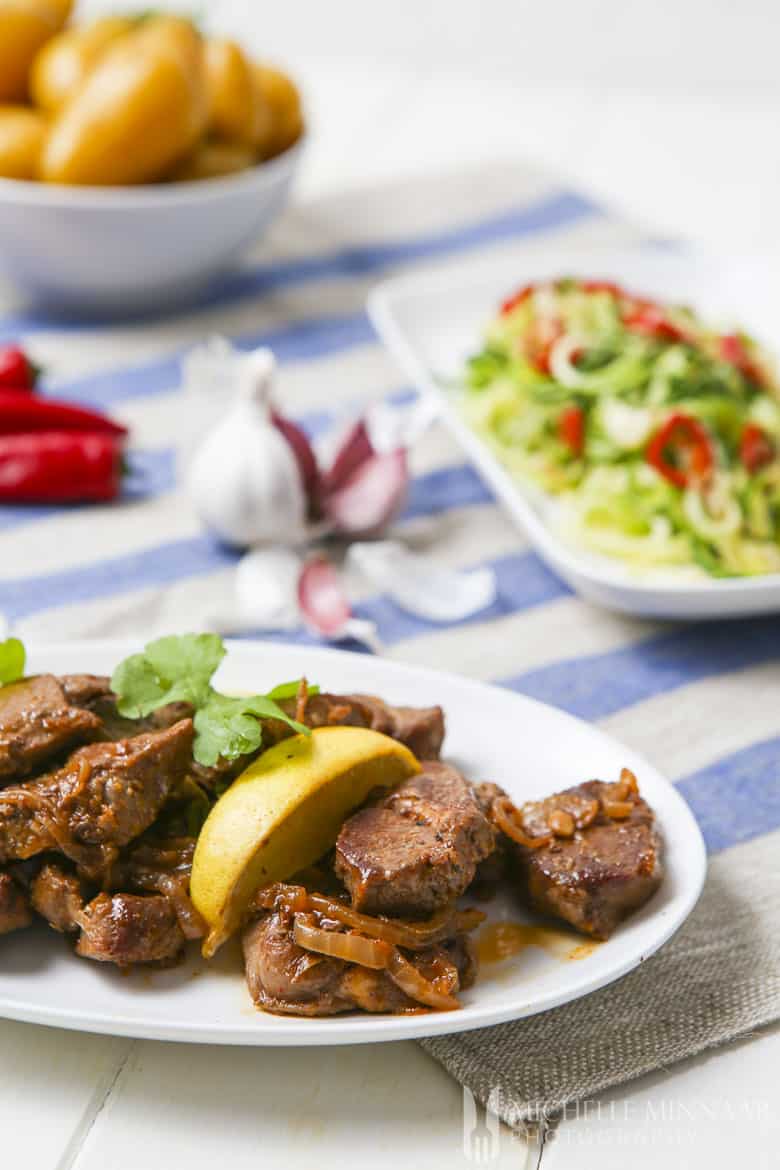 Often people get confused between “cochifrito” and “cuchifrito”.The pronunciation and formation of the words are similar but they are entirely different dishes. The “cochifrito de cordero” is a Spanish dish of sauteed lamb bursting with the flavors of the Mediterranean Sea, originating from the Northern part of the country that is very popular in springtime. While “cuchifrito” represents a collection of several fried pork dishes hailing from the Puerto Rican cuisine. This delectable dish consists of chunks of lamb fried together with garlic, vinegar, and spices. The spices used may vary from place to place in Spain with the ‘manchego‘ from La Mancha, the ‘segoviano‘ from Segovia, and the ‘extremeño‘ from Extremadura being the three most popular regional varieties.

The dish is immersed in traditional culture and generations of handed down family recipes. A “cochifrito” is like a “lasagne”. In the same way that Italians will proudly claim that their Nonna makes the best Lasagna in the world, the Spanish and Latinos insist that their Abuela’s  Cochifrito de Cordero rises above any competition.

Michelin and Five-star chefs are also putting their own stamp on a lamb cochifrito, and in foodie circles, it’s increasingly being seen as an interesting alternative to a leg of lamb in a many forward thinking gourmet restaurants. What’s more, with this recipe a skilled chef can use other parts of the lamb and cook them at different rates for the desired consistency of the stew. As for the side dishes, steamed seasonal vegetables are always a good choice and definitely serve to highlight the dish’s peasant origins. Potatoes especially “Papas Arrugadas” with “Mojo Rojo/ Mojo Picón” sauce are delectable favourites. Rice particularly Basmati rice adds to that Mediterranean allure and if you tweak the spices a little you could have your own curry hybrid. Finish off your Spanish-infused Flamenco evening with a moreish Spanish dessert “Canarian Bienmesabe”. Wine pairings for this dish should be high-quality rustic reds with a low tannin count. Côtes du Roussillon and Languedoc rare are both superb choices.

What is your favourite lamb recipe? 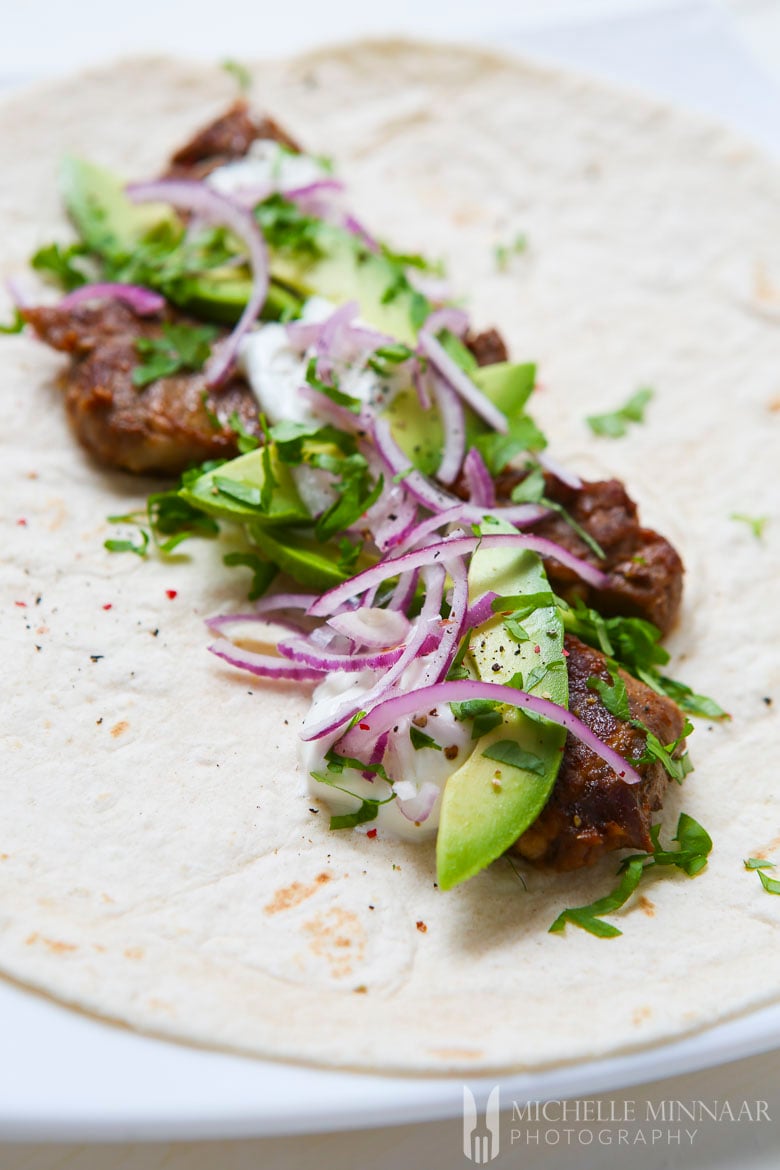 This cochifrito, also known as cuchifritos, recipe is made with lamb, not pork. Another super Spanish lamb dish that’s easy to prepare but packed with flavour.