You are here: Home / Ingredients / Vanilla Essence vs Vanilla Extract

In fact, the issue of vanilla essence vs vanilla extract throws up quite large differences, particularly when it comes to natural flavours and how these ingredients are made. Therefore, pay close attention to your ingredients and how you use them. 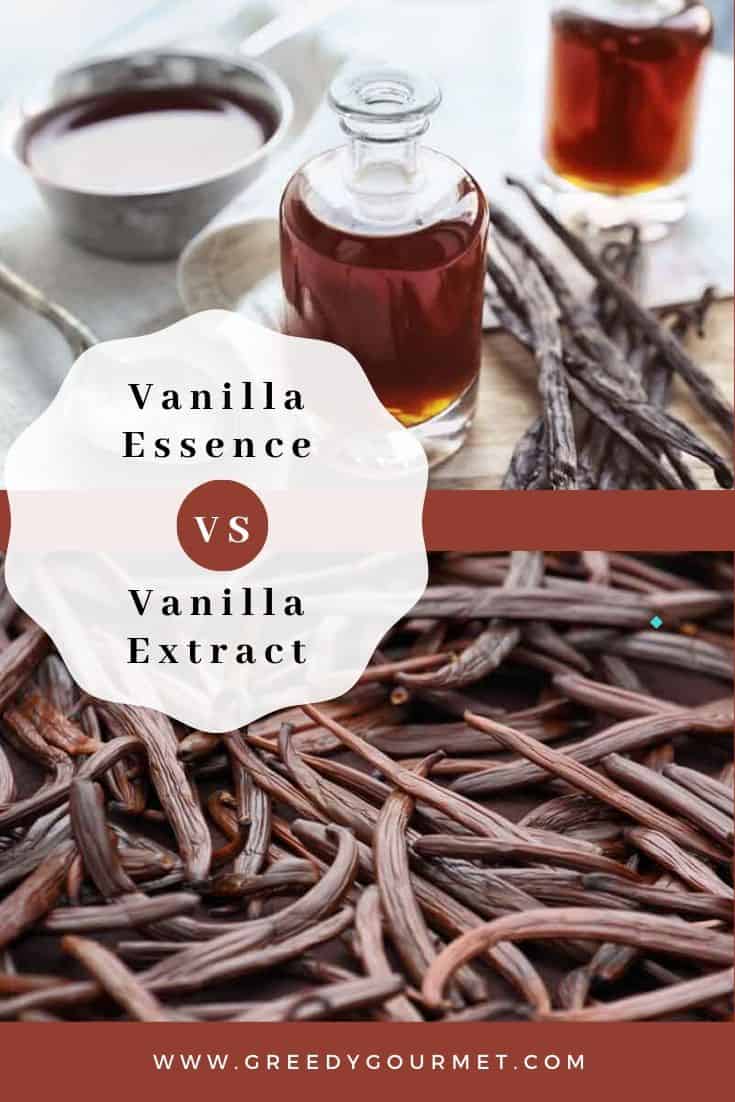 Here’s a list of things you might need for making your vanilla recipes. Don’t worry, we’ll get right back to the little-known issue regarding the differences of vanilla essence vs vanilla extract. First let’s make sure you have the essentials:

Both vanilla extract as well as vanilla essence are used to flavour food. For instance, both can be added into cakes, custards, ice cream recipes and other desserts to produce that lovely, soft vanilla flavour.

For instance, you can easily find these two in these simple dessert recipes:

However, prior to discovering the uses, similarities and differences between vanilla essence vs vanilla extract, let’s explore vanilla. 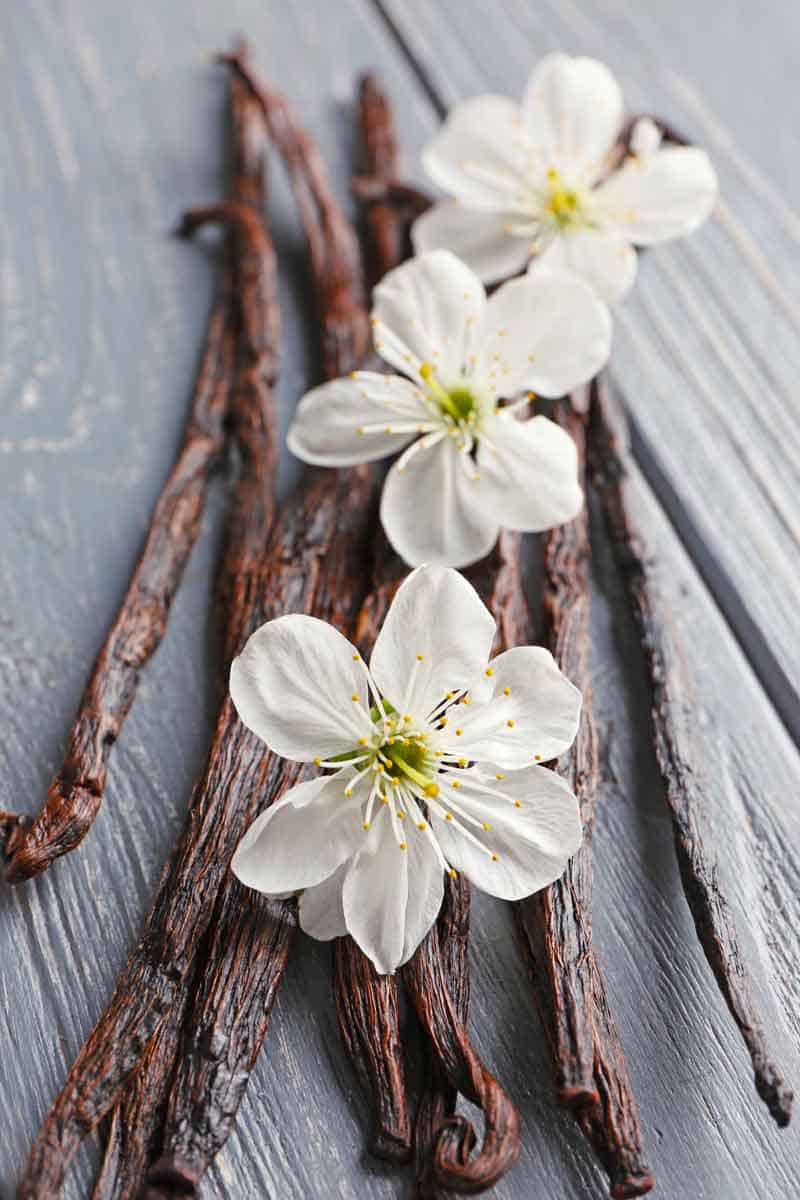 Sometimes, it’s just better to cook with ingredients which are natural. For instance, instead of wondering what the difference between vanilla essence vs vanilla extract is, just use fresh vanilla beans.

Believe it or not, vanilla comes from Vanilla orchids, a flat-leaved vanilla flower which is native to Mexico. The term vanilla comes from the Spanish word ‘vaina’, which translates to sheath or pod. As such, vanilla beans are located inside vanilla pods which look like long, thin brown fruit stems. The vanilla flower has been cultivated all the way back to Aztec times. In fact, vanilla only arrived in Europe in the mid-16th-century via the Spanish conquistador Hernan Cortes.

Today, vanilla is cultivated all over the world. That said, Madagascar and Indonesia produce almost 65% of the world’s supply of vanilla.

In sum, there are three common types of vanilla:

So, no matter the difference between vanilla essence vs vanilla extract, both were most likely made from the above-mentioned types of vanilla. 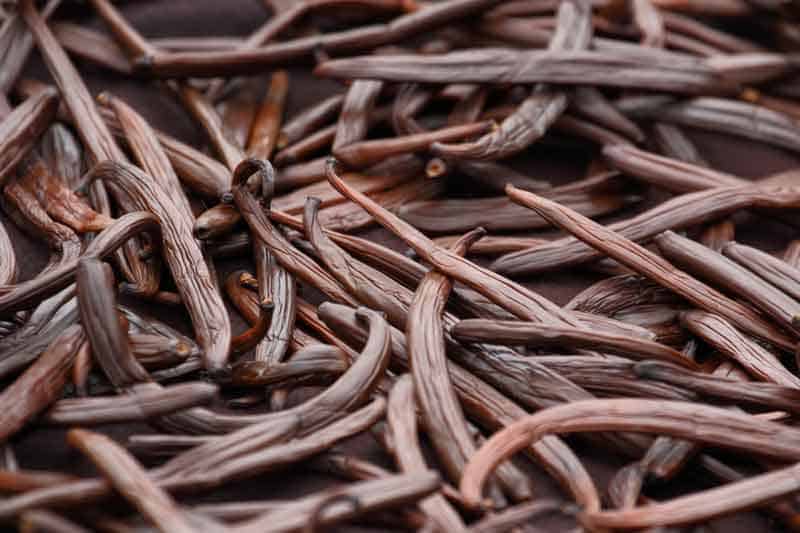 how to prepare vanilla beans

Take a sharp knife and make a long insertion in the middle of the pod. Use your fingers to open up the vanilla pod, exposing you to tons of small vanilla beans. Then, take the blade of the knife and run it along the inside of the pod in one direction. In this step, you should be basically scooping up the vanilla beans. You can also do this with a less sharp knife or small teaspoon if you feel more comfortable with less sharp objects.

Once you have your vanilla beans, you are ready to cook!

Here’s a couple of vanilla-based recipes which call for fresh vanilla beans:

However, I understand that sometimes, it’s just easier to go for the essence or extract as the preparation is less time-consuming. Basically, all you have to do is open the lid and pour the right amount into your dessert. 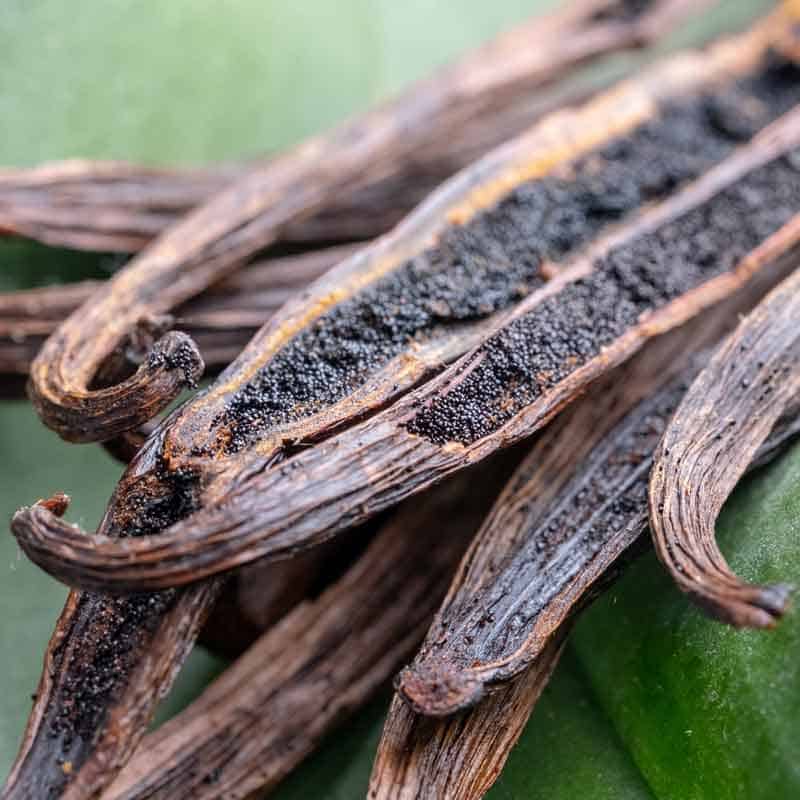 Again, there is quite a significant difference between vanilla essence vs vanilla extract. First of all, vanilla extract is made in a natural way from natural ingredients. It is made by soaking the vanilla pods in an alcohol solution which also contains water.

The vanilla flavour is thus absorbed by the liquids. Since it is a natural product, cooks lean towards using this ingredient, especially when it comes to making a homemade custard, creme anglaise or panna cotta.

The price can range anywhere from £6 – 15, depending on the quality and the use of premium vanilla beans. 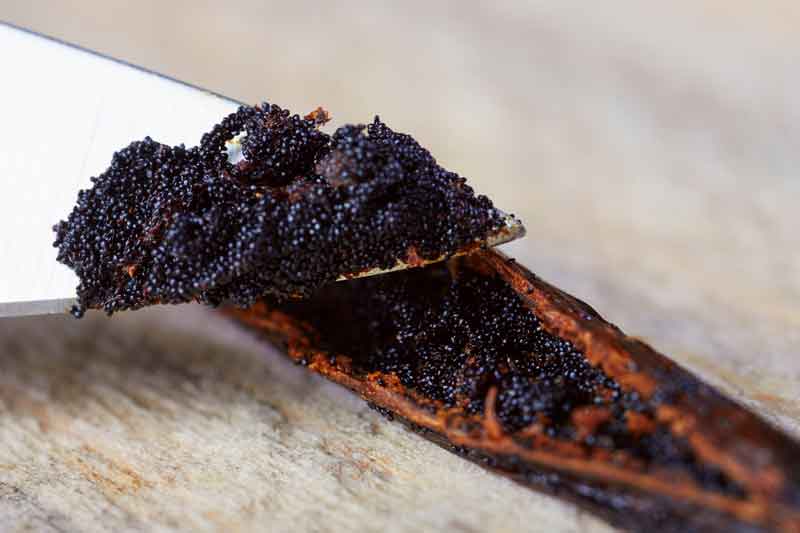 Compared to vanilla extract, vanilla essence is synthetically made. Indeed, artificial vanilla flavouring is a reasonable umbrella term for it. I recommend reading the labels, because goodness knows what additives and colourants the essence contains. Always double check for artificial content.

Since vanilla essence is a synthetic product, it is a lot cheaper. You can find jars from £2.50 – 6.00. Naturally, I suggest to always opt for the fresher and higher quality alternative. Your recipes will taste a lot better. 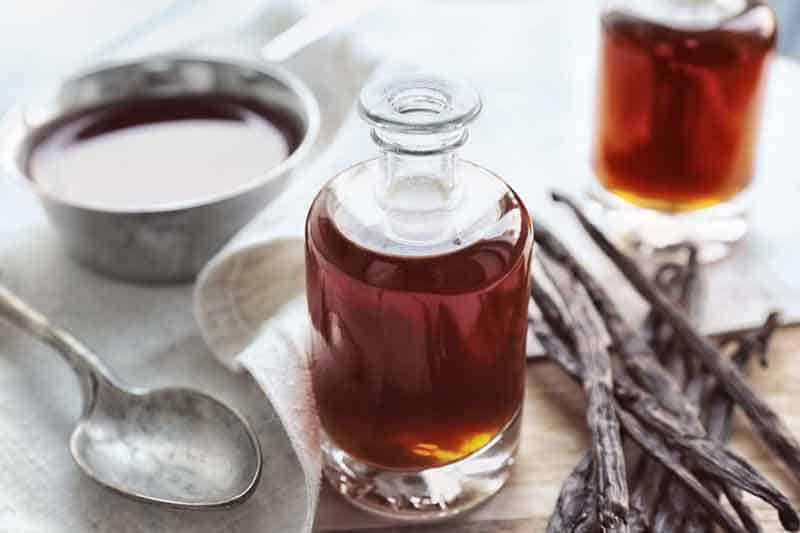 Vanilla bean paste is an excellent alternative for both vanilla essence and extract. You can use the paste in these easy recipes:

Did you know the difference between vanilla essence vs vanilla extract? Which one do you prefer to cook with? Let me know in the comments section below.